Top Posts
Western Banks Willing to Accept the Short-Term Pain of Russian...
Why the US Is Ramping Up Its Presence in Somalia...
How Technology Is Helping to Solve Global Supply-Chain Issues
UK Inflation Climbs to Fresh 40-Year High
Extended Reality and the Metaverse Are Leading Financial Services into...
Digital Currency: India’s Move Towards a Digital Financial System
Home AWARDS The International Banker 2019 Asia & Australasia Awards Winners
AWARDSBanking 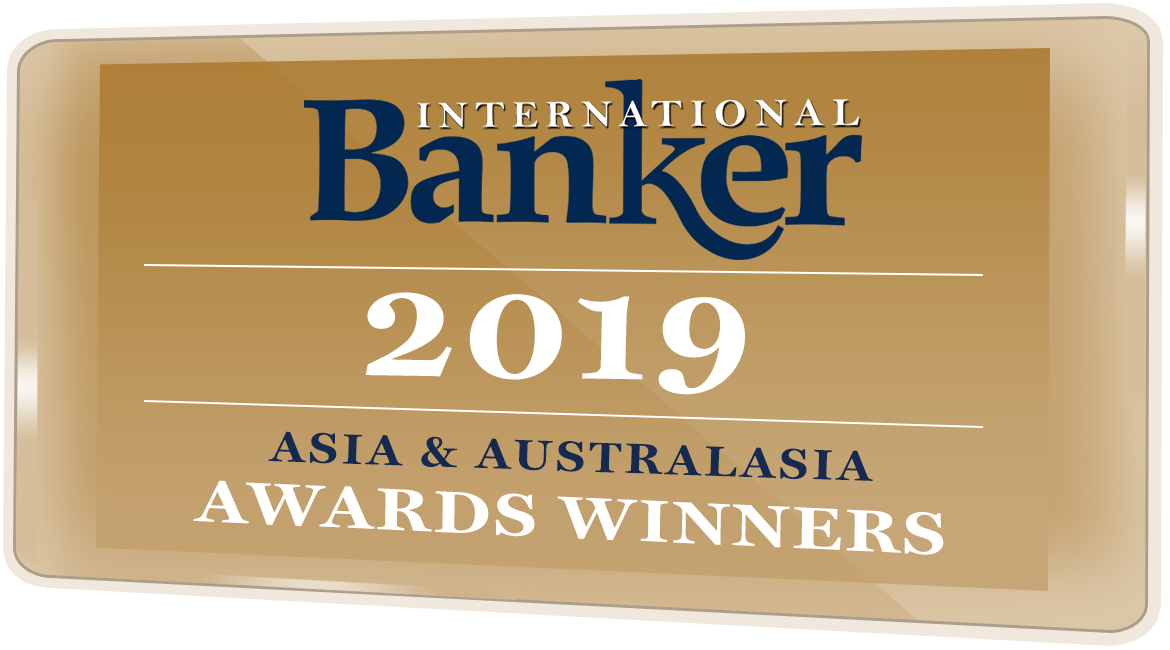 Although such results are hugely positive for the Philippine banking sector, the BSP also recently made banks and financial institutions aware of interest-rate risks on their earnings by issuing guidelines for managing such risks. BSP’s governor, Benjamin Diokno, warned that risks might cause a decline in earnings or capital. “In this regard, the BSP expects banks and quasi banks to implement a comprehensive approach to risk management that ensures timely and effective identification, measurement, monitoring and control of IRRBB,” Diokno said. The IRRBB (interest rate risk in the banking book) refers to current or future risks to capital and earnings from adverse movements in interest rates that affect banking-book positions.

South Korea’s Financial Supervisory Service (FSS) has decided to conduct an emergency inspection of some of the country’s commercial banks, particularly with regards to their sales of private-equity investment products to VIPs (very important persons) and corporate clients. With investors increasingly realising heavy losses from private-equity investment products, the financial watchdog has chosen to launch an investigation into all banks that sell private-equity investment products. According to local sources, major lenders Woori Bank and KEB Hana Bank exposed investors to potentially heavy losses by selling products linked to interest rates in advanced countries, such as German rates on government bonds. Investors who bought a product sold by Woori Bank linked to the 10-year German government-bond rate, for example, have booked up to 90 percent in valuation losses. According to an FSS official, the regulator will be looking into “banks’ sales practices and the structures of private equity type-funds and derivates-linked securities products they have sold”. The FSS will first inspect “individual cases of consumer damage and then expand the inspection to private equity investment products sold by all financial institutions”.

On the plus side, Korean banks appear to be decisively stepping up their presence in Vietnam. According to recent data, South Korea’s four biggest banks—Shinhan Bank, KB Kookmin Bank, KEB Hana Bank and Woori Bank—reported a total net profit of $132 million from business conducted last year in Vietnam, as they accelerated their efforts to capitalise on this rapidly growing market. Shinhan was the first to enter Vietnam, having maintained a presence in the country since 1993. Today, it has more banks in the country than any other foreign lender, with 32 branches; and last year, it generated $81.7 million net profit from its Vietnamese operations, which was more than one-quarter of its global net profit. KEB Hana Bank has also recently acquired a 15-percent stake in the Bank for Investment and Development of Vietnam, the country’s largest bank by assets. It has two branches in Vietnam, as does KB Kookmin Bank, while Woori Bank has nine. The banks mainly offer corporate loans in Vietnam but are now making further ground in the retail-finance space.

Vietnamese banks themselves, meanwhile, are showing encouraging signs that they are keen on boosting their exposures to green projects. According to the central bank’s latest survey of credit institutions (CIs), the awareness of banks and other CIs of green credit has dramatically improved. Nineteen CIs in total have developed strategies for environmental and social-risk management, while 13 CIs have integrated the content of environmental and social-risk management in the process of green-credit assessment. Ten CIs have also designed credit products and banking services for green sectors. But the survey also revealed that overall funding for green projects remained low, with just 24 percent of green projects being developed by the CIs for credit-appraisal processes. Nevertheless, there appears to be much from the data to be lauded.

Lending activity appears to be slowing in Thailand. According to a senior director at the Bank of Thailand, commercial bank loans in the country may end up growing by less than 6 percent this year on the back of the slowing Thai economy. Tharith Panpiemraas announced recently that lending rose by 4.2 percent in the second quarter from a year earlier but slowed from a 5.6-percent annual rise in the first quarter. After a 6-percent increase in 2018, the central bank projected in May that loan growth would be around 5 to 6 percent this year. But given that the central bank recently said that Thailand’s economic growth may be slower than expected, lending may end up being less than the bank’s forecast.

The sixth- and seventh-largest banks by assets in Thailand are to merge. Having been under discussion since 2018, Thanachart Bank and TMB Bank reported in early August that a merger will be favourable for both lenders as banking-sector competition heats up, both in Thailand and across Southeast Asia. According to TMB Bank’s chief executive officer, Piti Tantakasem, the merger will “furnish the new bank with enhanced capability to develop better products and services in the digital age”. The deal is the first act of banking-sector consolidation in Thailand since 2013 when Japan’s megabank Mitsubishi UFJ Financial Group (MUFG) bought Bank of Ayudhya. And some believe it could spark a wave of further mergers-and-acquisitions (M&A) activity in the sector.

Bad loans in Sri Lanka’s banking sector increased to 4.8 percent of total loans at the end of June, up from the 4.2 percent posted in March. Although this may be concerning, it is not something to be alarmed about, given that significantly worse levels have transpired in the past, according to the governor of the country’s central bank. “Clearly it is something we have to be cautious about and monitor very carefully,” Governor Indrajit Coomaraswamy said. “It is not at crisis levels; we have had higher levels in the past. What we have to do is get growth growing again. We are trying to push lending rates down and push liquidity into the system.” In 2015-16, Sri Lanka’s bad loans skyrocketed to 8.8 percent but fell to 2.5 percent by the end of 2017. “I do not think we are at the point where red lights are flashing,” Governor Coomaraswamy said. “It is probably in the amber light stage.”

Australian banks appear to be under the cosh as rating agency Fitch Ratings lowered its outlook for two of the country’s biggest lenders, Westpac and ANZ (Australia and New Zealand Banking Group), from stable to negative. According to Fitch, the move was justified due to greater capital requirements imposed on the two banks. It also comes just after three major lenders—the third bank being National Australia Bank (NAB)—were asked by the Australian Prudential Regulation Authority (APRA) to set aside a further A$500 million each until they strengthened risk management and reimbursed customers for wrongly charged fees. Fitch said the increased focus on compliance could divert resources from business operations, which is likely to weaken earnings. “The additional capital requirements should remain manageable,” Fitch acknowledged. Both Westpac’s and ANZ’s ratings were also affirmed as AA-. Fellow rating agency Moody’s, meanwhile, described the APRA’s move as being “credit negative” for the three banks.

Part of the problem may also lie in the fact that progress in implementing the recommendations laid out in the country’s banking inquiry by the Royal Commission into Misconduct in the Banking, Superannuation and Financial Services Industryhas been slow. The Department of the Treasury announced that a House Committee on Economics will be checking whether financial institutions are implementing the 76 recommendations stated in the investigation. “This inquiry will help provide further transparency to the public on the work financial institutions are undertaking to implement recommendations from theroyal commission and in doing so will contribute to restoring the community’s trust in the sector.”

But banks have said that they can act on only about 25 of those recommendations, as approximately 40 require additional legislation. Karen Cox, the coordinator of the Financial Rights Legal Centre, recently said that she would be “very surprised if it’s finished in five years at the rate that we’re going”. Cox was the first witness to be called during the investigation. “I think it really remains to be seen how much feet-dragging goes on over the coming period. We’ve got a really long list of recommendations here, and the speed with which things are moving through Parliament is incredibly slow.”

According to documents released by the central bank, New Zealand’s “big four” banks have the second-highest return on equity (ROE) among banks in comparable small, open economies. The four lenders—ANZ New Zealand, ASB Bank, Bank of New Zealand (BNZ) and Westpac New Zealand—have an average annual ROE of 18.4 percent, which beats the 16.7 percent of their Australian parents but is less than Canada’s big four banks, which recorded a stellar 20.3-percent average ROE. That said, the ROE of five New Zealand-owned banks—Kiwibank, Heartland Bank, SBS Bank, The Co-operative Bank and TSB Bank—is only 8.8 percent. “The small New Zealand banks operate at lower levels of leverage, and with higher cost structures than the large New Zealand banks; this leads to the lowest return on CET1 (Common Equity Tier 1) in the peer group,” according to the Reserve Bank of New Zealand (RBNZ). Data also shows that the large New Zealand banks’ revenues “are close to peer country averages” relative to the size of their balance sheets and that their “operating expenses and credit impairment expenses are lower than peer country banks”. But operating expenses per dollar of credit exposure for small New Zealand banks are, on average, double the amount of the four large banks.

Progress is being made in Papua New Guinea’s banking sector, with the central bank recently announcing an advancement that is designed to boost interoperability for linked banking entities. The launch of its Retail Electronic Payments System (REPS) on July 22 is expected to improve payments between banks and other financial institutions linked under the system at reduced costs. The payment system will also greatly lower fees that are currently being charged by banks for such services as transfers. Three financial institutions are already using the REPS: Bank South Pacific (BSP), Kina Bank and NCSL (NASFUND Contributors Savings & Loan Society). According to the Bank of Papua New Guinea’s governor, Loi Bakani, implementing a national payments system is the third most crucial objective for the bank after overseeing monetary policy and supervising the financial system.

Best Investment Bank Of The Year Thailand
Bank of Ayudhya

Best Commercial Bank Of The Year Thailand
Bank of Ayudhya

Best Commercial Bank Of The Year Australia
Bank of Queensland

How Data Services Sourcing Options are Changing in Financial Services