Top Posts
Challenges Remain, But There Are Opportunities to Be Had in...
Interview with Mr. Olukayode Pitan, Chief Executive Officer and Managing...
Commodities Outlook for 2023
The Value of Cash in a Time of Crisis: How...
The US-Africa Leaders Summit: Fostering a Closer Relationship with the...
Three Key Sectors in Which to Invest in 2023
Home Banking A Fairer Future for Banking?
Banking

A Fairer Future for Banking? 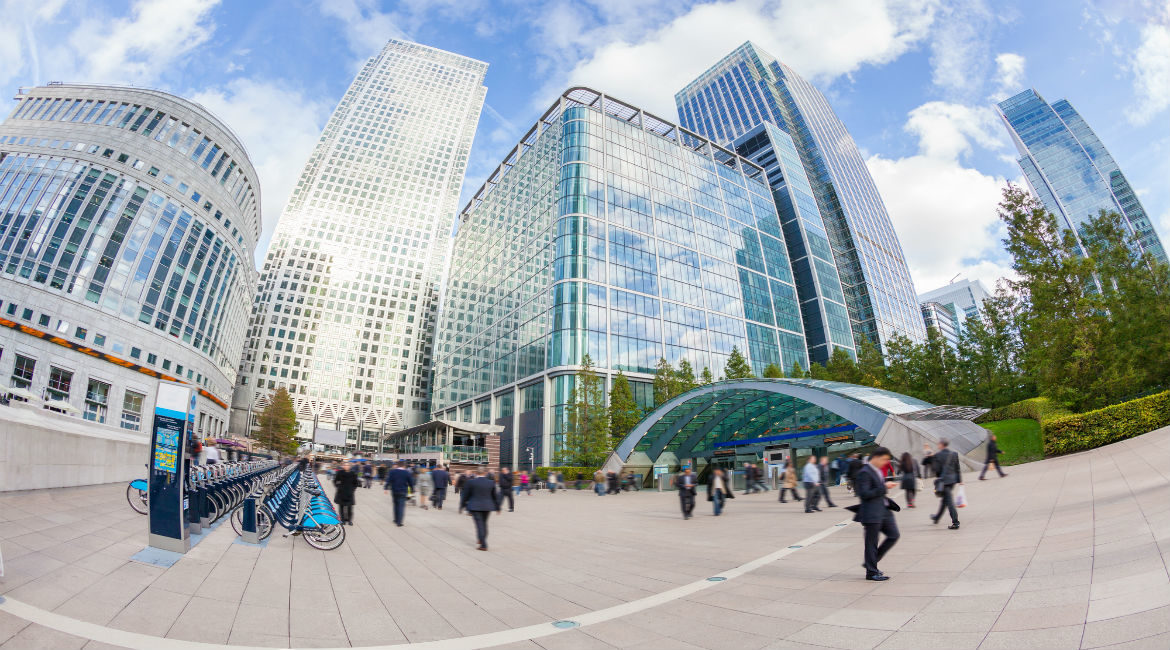 Saturday, January 13, 2018, marked a significant milestone in building a better and more open future with data when the United Kingdom’s Open Banking Standard 1 came into force—ushering in a secure set of rules, technologies and standards that allow customers to give companies other than their banks the permission to securely access their accounts.

For the Open Data Institute (ODI), 2 the Open Banking Standard represents a constructive step, helping consumers to take greater control of their own data and offering the potential to change banking services for the better by improving access, driving innovation and encouraging competition.

Although we are still in the early stages, the possibilities are immense, and we are delighted that the majority of the banks met the deadlines set by the Competition and Markets Authority (CMA), 3  Allied Irish Bank, Danske Bank, Lloyds Banking Group and Nationwide are the first of the nine major UK banks to meet the second deliverable set out in the CMA order, and the other five major providers following close behind. 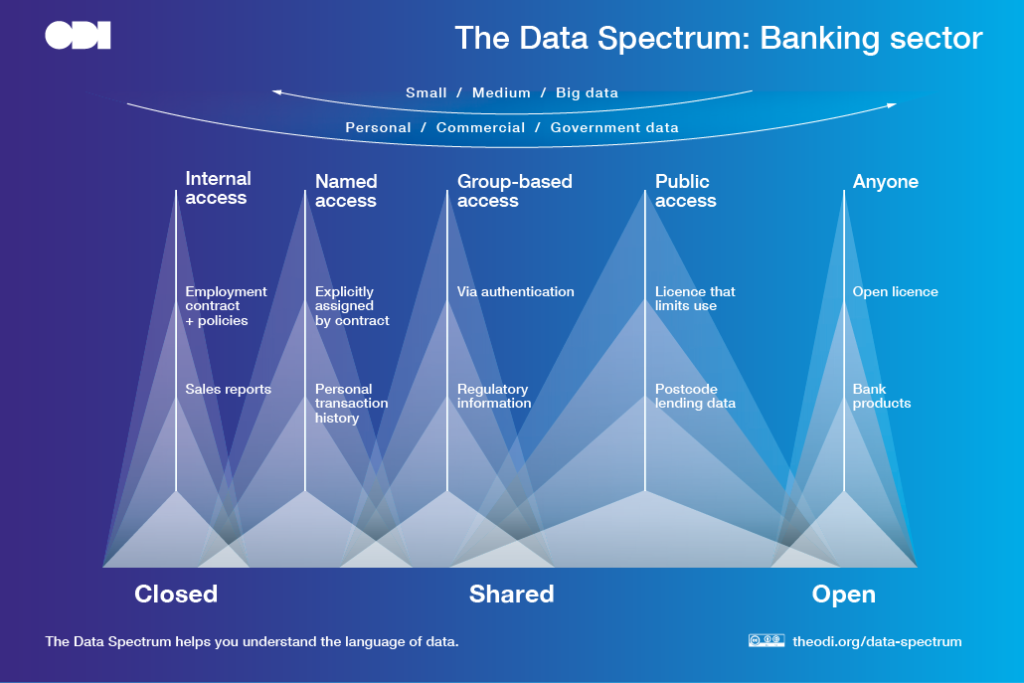 The possibilities for Open Banking

Open Banking is a positive application of what the Open Data Institute stands for—connecting, equipping and inspiring people around the world to innovate with data. We have been involved in the movement towards Open Banking from the outset, having set up the Open Banking Working Group in September 2015 at the request of HM Treasury. The Open Banking Standard was the result of this working group, and led to the Competition and Markets Authority ushering in its reforms in 2016 and mandating the biggest banks to comply with them, ensuring that they worked harder for customers and allowing the benefits of new technology to be fully explored.

Opening up data in this manner also forms part of the European Union’s Payment Services Directive (PDS2), 4  the edict to streamline payment processing in Europe for any given transaction, which  embraces the same objective of more open information.

Although it is still early days, this monumental change in approach to financial data holds the potential to create massively improved banking services. While certain crucial and sensitive information will remain safeguarded, vital data such as branch locations and bank products must be published openly. In addition, individuals and businesses can choose to give permission to share personal transactional data with a trusted and authorised third-party provider (TPP) under controlled conditions. Innovative third-party organisations such as fintech startups can then combine these different types of data to build products and services that help people make better banking decisions.

The first wave of products that are already emerging as a result of Open Banking, unsurprisingly, are largely account information service providers (AISPs)— such as an app from fintech startup Bud, 5 which will appear on HSBC’s platform, allowing customers who opt in to see a dashboard showing the status of multiple accounts from different bank providers.

While these budgeting and account-aggregation tools are useful, they are less helpful to the less well-off, and almost useless to the approximately 1.5 million people in the UK 6 who do not have a bank account, as Open Banking is based on the premise of an individual having a current account.

One possible benefit of Open Banking is in the area of debt counselling. One of the challenges for a debt advisor is having access to accurate data about the individual’s income and spending. If a customised consent model could be developed that allowed a debt advisor to initiate an AISP request on behalf of the consumer, which then triggered a subsequent access request directly to the consumer – for example, via a mobile phone – the debt advisor could be granted time-limited access to the current account in order to make recommendations to alleviate the situation.

For consumers, and for the industry generally, though, the real game-changer might come with the rollout of payment initiation service providers’ (PISPs) applications and services, which will allow organisations including utility companies and other providers of essential services to initiate payments from individuals. This will lead to a complete reshaping of how people pay for things, and give greater access to data to those working to help people who are financially excluded.

People who are inadequately catered for in financial services are often digitally excluded and receive the worst deals in other areas—. For example, paying too much for electricity because they cannot access the best rates available to customers who can pay online by direct debit. While AISPs can help the majority of people to see what they are spending on gas, electricity and water and make recommendations for better sources and utilities, this solution will not work for the most underserved.

We are continuing to challenge and work alongside banks and fintechs, government and charities to encourage the ongoing development of new services flowing from the Open Banking programme. Recent research by the ODI shows that financial inclusion is being discussed, but we are yet to see any tangible new products and services that specifically address this issue.

Those who are financially disadvantaged are less commercially attractive to the market-driven banks, but by working collaboratively, and with the backing of government and charities across the sectors, other approaches such as funding and competitions can be employed to encourage initiatives to address financial exclusion.

One example of this approach is the Open Up Challenge 7 run by Nesta, which offered a £5 million prize to inspire the creation of services, apps and tools to help solve banking problems faced by the United Kingdom’s five million small businesses. These solutions aim to save them time and money by helping them find a greater choice and quality of financial products more easily.

With the UK establishing its pioneering position in Open Banking, many countries are beginning to follow its lead. At the ODI, we have provided guidance and expertise to governments, regulators, payment associations and banking communities in a number of countries and are currently working with nations including New Zealand, Australia and Ukraine to start Open Banking initiatives.

In Mexico, we are working with the government and local partners in the fintech sector to help deliver a roadmap for the implementation of an Open Banking Standard and associated reforms. As well as aiming to create better and fairer services through a more competitive market and encouraging new fintech startups, there is also a focus on tackling the issue of financial inclusion and promoting long-term social and economic development.

Financial inclusion is a significant issue in Mexico: more than half of the population is currently left out of the formal and regulated financial system. Only 44 percent of adults in Mexico own a bank account, with the other 56 percent accounting for around 2.6 percent of the 2 billion unbanked adults worldwide.

The government has taken steps to remedy this, and in 2017, 97.8 percent of adults had at least one access point to financial services; but it is estimated that 26.7 percent of Mexico’s municipalities still have no access to them. 8 In addition, many consumers in Mexico prefer to use third-party services such as money-transfer operators and mobile-phone operators to manage payments and remittances.

We are working with project partners 9 to support the country’s thriving fintech sector.

Alongside C Minds, a Mexican innovation agency that design strategies for economic and social development, and Fintech Hub, a leading incubation, accelerator, coworking and innovation hub in Latin America, we are developing an approach to show how an Open Banking Standard can be developed that is right for Mexico’s particular context.

It is also important to continue to promote financial and data literacy through outreach and education campaigns, and support trusted intermediaries such as community associations and mobile-phone operators to reach the financially excluded and help create services that meet their needs.

The response of the actors involved in Mexico’s nascent Open Banking has been very encouraging. Banks are already developing and using APIs (application programming interfaces); the fintech community is booming with innovation and creativity. Regulators are enthusiastically exploring the best ways to introduce the appropriate levels of regulation; and the government’s fintech law, which sets the legislative framework for Open Banking, is currently going through its final approval stages.

A new report from the Open Data Institute (ODI), Using data to take an open approach to investment banking, was published earlier this year. Supported by Deutsche Bank, it aims to promote the best use of data in the finance sector as part of its mission to build a strong, fair and sustainable data economy.

Investment banking is one of the world’s most data-rich industries, providing a wide range of financial products and services for businesses, governments and investors to help them grow, invest and manage risk.

As these banks undertake their daily business helping clients with transactions across public and private markets, from bond trading to portfolio hedging and providing corporate advisory services for capital restructuring, the interactions involved in completing transactions create a range of opportunities for data to be shared or opened up.

However, the vast quantity of data collected is currently unstructured. As we move into a new era of Open Banking, investment banks, their clients and regulators are increasingly viewing data as an underused strategic asset and seeking new ways to maximise its value.

Like many sectors, Investment banking is currently undergoing changes that are indicative of a more collaborative and innovative culture. The sector is adopting new technologies, such as Open Protocol, and new regulatory mechanisms, such as regulatory sandboxes, seen by many to be an innovative and most helpful tool for the community to develop new products and services in a safe environment. There is also an increasing tendency towards embracing partnerships with accelerators and new fintech startups.

The Markets in Financial Instruments Directive II (MiFIDII), which came into effect in Europe in January, increases requirements for real-time data, effectively mandating institutions to adopt more open-data infrastructure internally. If the banks could develop standards for sending data to data reporting services providers (DRSPs), they could be used to communicate directly with each other, speeding up processes, improving risk-management and leading to new services.

Using examples from other sectors such as OpenStreetMap, Legislation.gov.uk and OpenCorporates, our report considers in detail the opportunities to build a strong data infrastructure and adopt open ways of working, by gathering expertise via working groups, managing and controlling access of data and maximising the opportunities for a more open approach to create long-term value.

Opening data to improve decision-making and enhance transparency can enhance competition in investment banking, and there are many reasons to be optimistic about what can be achieved and the incentives to deliver it.

Of course, organisations can be protective of the data they control, but by using the techniques outlined in the report, we hope that the sector can understand the value of collaborating.  This will help them to build a more open data infrastructure and adopt policies and technologies for collecting, sharing and using data to create a solution that serves the needs of all stakeholders across the industry.

You can read the report at: https://theodi.org/an-openapproach-to-investmentbanking.

Regulation Is Eating the World