Top Posts
Challenges Remain, But There Are Opportunities to Be Had in...
Interview with Mr. Olukayode Pitan, Chief Executive Officer and Managing...
Commodities Outlook for 2023
The Value of Cash in a Time of Crisis: How...
The US-Africa Leaders Summit: Fostering a Closer Relationship with the...
Three Key Sectors in Which to Invest in 2023
Home Banking Accounting for the Banking Industry’s Preference for Blockchain over Bitcoin
Banking

Accounting for the Banking Industry’s Preference for Blockchain over Bitcoin 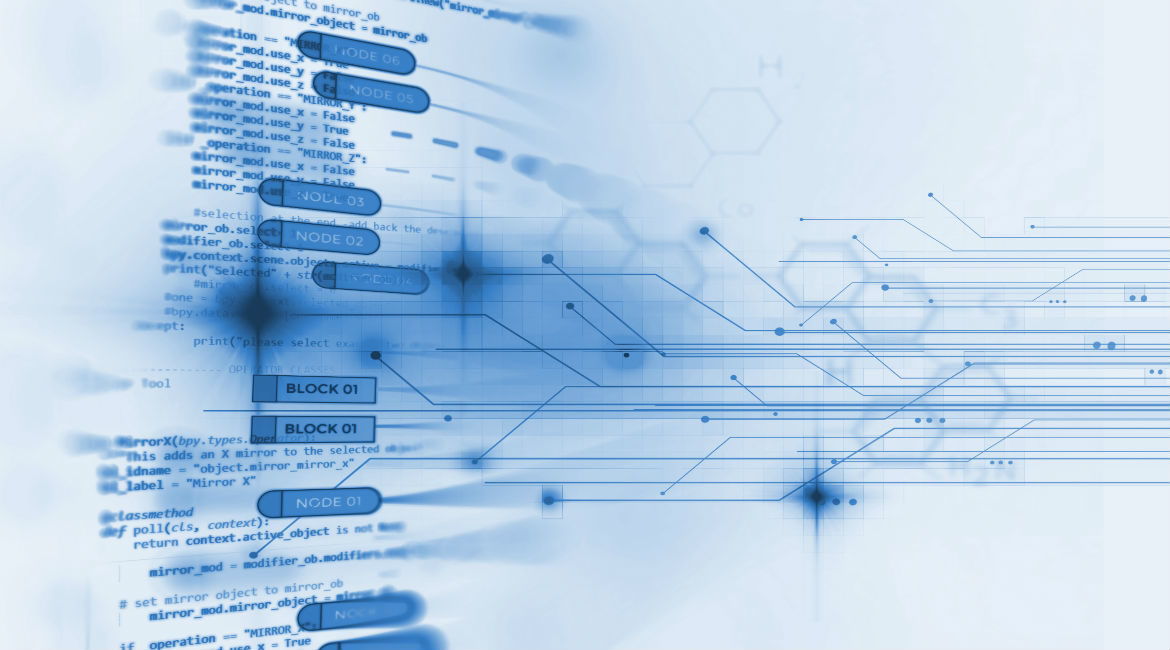 Last year, JPMorgan Chase CEO Jamie Dimon generated considerable controversy within the crypto-currency community when on several occasions he made some distinctly disparaging remarks about bitcoin. “If you’re stupid enough to buy it, you’ll pay the price for it one day” was just one of many criticisms he levelled at the world’s leading crypto-currency during this period. He also declared the following: “I could care less about bitcoin…. The blockchain is a technology which is a good technology. We actually use it. It will be useful in a lot of different things. God bless the blockchain.”

Dimon was echoing the sentiments of many banking leaders—specifically, that despite the stratospheric gains bitcoin and other crypto-currencies have managed to achieve in recent years, banks remain more enthused about blockchain, the technology underpinning those digital currencies. Another such leader is Axel Weber, the chairman of UBS, who in October acknowledged that “UBS neither uses nor trades Bitcoin. But UBS is interested in the technology which underpins Bitcoin, namely blockchain or the distributed ledger. We have several pilot projects where we are analysing the potential benefits of this technology”.

It is worth remembering that despite all of the headlines garnered by the crypto-currency revolution in recent years, digital currency represents just one space within a consistently expanding universe of blockchain-use cases. Indeed, much of the global banking industry has been relentlessly exploring the numerous ways in which blockchain, and distributed ledger technology (DLT) in general, can improve overall performance in terms of such metrics as efficiency, productivity, security, cost and speed. And already much progress has been made.

Most recently, for example, UK banking giant HSBC announced that it had successfully executed the world’s first commercially viable trade-finance transaction using blockchain technology. The transaction involved the bank using Corda, a platform developed by blockchain banking consortium R3, and consisted of a bulk shipment of soybeans being sent from Argentina to Malaysia for US agriculture firm Cargill. A letter of credit was also issued from HSBC to Dutch bank ING.

Trade finance provides an ideal illustration of why banks are so keen to explore blockchain vis-à-vis bitcoin. To date, many of the processes being used in this sector have become decidedly antiquated; for instance, letters of credit that are issued from one bank to the other—as a way to ensure payment will be received by a seller according to certain stipulated rules—normally take upwards of one week; they also involve a cumbersome paper-based system, and are invariably characterised by time-consuming negotiations back and forth between the parties involved. Blockchain, in contrast, can make the entire process significantly more efficient, reduce costs and open up new revenue opportunities. Indeed, HSBC and ING revealed that the transaction was performed in just 24 hours, compared to the normal five to ten days it takes under the paper-based system.

But trade finance is just one of many success stories when it comes to applying blockchain in banking. Arguably, it’s the payments sector that has the most to gain from shifting to DLT, and banks across the industry are exploring a range of blockchain-powered applications to improve security, lower costs and reduce the time associated with executing cross-border payments.

As a recent example, JPMorgan Chase, the CEO of which was so uncharitable about bitcoin, filed a patent in early May for a peer-to-peer payments network that would use DLT for intra- and inter-bank settlements. According to the patent application, current payment methods have distinct drawbacks. “A number of messages must be sent between the banks and clearing houses involved in processing the transaction…”, the bank observed, while clearing intermediaries in the payment process were deemed to be “expensive”. The application also acknowledged that “transactions may be risky as there are counterparty and settlement risks” associated with correspondent banking networks. Instead, JPMorgan proposed the use of a distributed ledger to process payments in real-time, without the need for a centralised intermediary to oversee the process. Using blockchain, according to the US’ biggest bank, would enable confirmation that a network payment has been successful “in one consolidated posting across multiple financial institution entities and branches, instead of in many separate instances”.

Other potentially transformative use cases for blockchain in banking include clearing and settlement—with Accenture recently estimating that that the world’s biggest investment banks could save $10 billion by using blockchain to improve the overall efficiency of the process; regulation and compliance—with blockchain’s immutable ledger facilitating a greater degree of transparency between banks and regulators with regards to financial audit trails; and syndicated loans—in the United States it currently takes almost three weeks for banks to settle money raised via such loans, again using an outdated paper-based system. Clearly, the potential for blockchain to transform and modernise so many aspects of the banking industry means there is much anticipation over what this technology could ultimately achieve.

In contrast, bitcoin and other crypto-currencies are looked upon much less favourably by banks than other blockchain-use cases. One of the reasons lenders remain somewhat averse to this space is down to the unprecedented levels of volatility that bitcoin and other digital currencies have experienced so far in their relatively short lifespans. Given the heavily regulated landscapes in which banks have resided since the 2007-09 financial crisis, risk management has become of paramount importance, especially as it pertains to ensuring customers are sufficiently protected against excessive losses from investments. Canadian banking major Bank of Montreal (BMO) was just one of several lenders to recently ban its customers from using their accounts to transact with crypto-currency merchants, with reports suggesting the reason for the block was “due to the volatile nature of crypto-currencies, and to better protect the security of our clients and the bank”.

Aside from volatility, moreover, crypto-currencies have already been littered with a multitude of security issues, despite bitcoin—the oldest crypto-currency—having only been in existence for about nine years. The bankruptcy of Mt. Gox, which was once the world’s biggest bitcoin exchanges—after $473 million was reportedly stolen by hackers from around 750,000 of the exchange’s customers, in addition to 100,000 of its own bitcoins—had a huge impact not only on the eventual collapse of the exchange itself, but also on the perception of bitcoin by the outside world. Indeed, to the present day, crypto-currency exchanges remain vulnerable to attacks, with other notable incidents in recent times including the $425-million hack of Japan’s Coincheck exchange, as well as last year’s successful hacking of Bithumb, South Korea’s biggest crypto-currency exchange. With online security an increasingly pressing issue for banks, therefore, such high-profile incidents have made it difficult to justify entering the crypto space when sufficient preventative measures against exchange theft continue to remain elusive. Indeed, it is worth emphasising that although blockchain itself involves decentralisation, most crypto-currency exchanges remain centralised and are thus easier targets for cyber-criminals.

The initial coin offering (ICO) market—which allows new blockchain start-ups to raise money from investors by issuing their own crypto-currency tokens—has been particularly notorious in attracting bad publicity. Moreover, much of the negative press has been justified, especially given the substantial number of scams that have transpired through the exploitation of a lack of clear regulation surrounding this fundraising channel. Again, such criminal activity has done little to boost the reputation of crypto-currencies; and while regulation remains murky at best, banks will continue to stay away for the time being.

And then there’s the problem of anonymity when trading bitcoin, which has allowed transactions to be carried out for the purposes of illegal activity, including drug dealing, money laundering and even terrorism financing. Indeed, it was the common occurrence of such practices that led to the closure of the online black-market venue Silk Road back in 2014. With money laundering a problem that continues to plague the global banking industry, the widespread adoption of bitcoin by banks at a time when they are trying to bolster their anti-money-laundering capabilities would not help this cause.

In spite of such well-publicised problems, banks have not completely shunned the use of crypto-currencies as a standalone asset class. On the contrary, some financial institutions are warming to the idea of involvement in this space. For instance, Circle, the payment start-up bought by investment-banking behemoth Goldman Sachs, recently announced the launch of its Circle USD Coin that will be tied to the value of the US dollar. According to the press release, such a price-stable currency “is critical for enabling mainstream adoption of blockchain technology for payments, as well as for supporting maturation in financial contracts built on smart contract platforms, such as tokenized securities, loans, and property”.

In early May, moreover, Goldman announced that it will be moving ahead with plans to set up a crypto-currency trading operation, which if it comes to fruition, would be the first for a Wall Street bank. The US lender is reportedly set to trade with clients using its own money across a range of contracts linked to the price of bitcoin. Although Goldman won’t be directly buying bitcoin to begin with, reports suggest that the bank may well eventually do so, pending regulatory approval and sufficiently robust risk-management infrastructure in place to mitigate the considerable volatility that accompanies holding digital currency.

With the recent launch of the bitcoin futures markets, however, it would appear that the crypto-currency complex is finally maturing. As this maturation process continues during the coming months and years, and as the appropriate regulatory protections for consumers and investors continue to be established, more institutional interest from the likes of banks and hedge funds is likely to be the eventual result. In the meantime, while issues related to crypto-currency security, volatility and crime remain in the headlines, banks will continue to prefer to focus on the safer blockchain.