Top Posts
Tesla Job Cuts Reflect Precarious Health of Global Economy
Artificial Intelligence is the Future of the Banking Industry —...
Why Taiwan is Pivotal in Ongoing Global Geopolitical Tussles
Is an Impending US Recession Now All but Guaranteed?
What is Driving Customer Centricity in Banking?
Near-80 Percent Inflation Exposes Turkey’s Grave Economic Mismanagement
Home Banking Afghanistan: The State of Banking Under the Taliban
Banking

Afghanistan: The State of Banking Under the Taliban 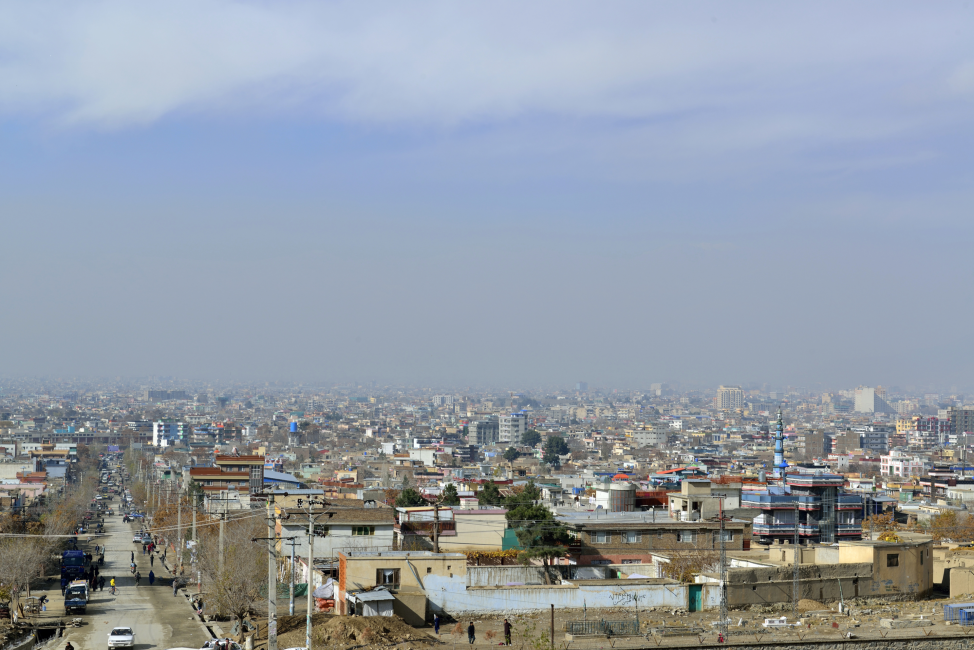 In late September, the chief executive officer of the Islamic Bank of Afghanistan, Syed Moosa Kaleem Al-Falahi, warned of an imminent collapse in Afghanistan’s banking system. “There are huge withdrawals happening at the moment,” Al-Falahi told the BBC (British Broadcasting Corporation). “Only withdrawals are happening, most of the banks are not functioning, and not providing full services.”

Reports strongly suggest that much of Afghanistan’s banking sector was taken by surprise when it was revealed that the central bank ran short of dollar reserves following the government’s fall to the Taliban in mid-August, just two weeks before the United States was due to completely withdraw its troops and end its 20-year presence. Indeed, the sheer speed of the Taliban’s victory, which it managed to secure in just a matter of days as its forces easily overpowered the US-trained Afghan security forces and captured all major Afghan cities, severely compromised the chances of a smooth transition for the country’s banking system. And according to Ajmal Ahmadi, the previous central bank governor who fled the country, virtually all of the central bank’s roughly $10 billion is held abroad.

As such, Afghanistan’s banking sector is quickly running out of dollars, meaning that a number of local lenders may soon have to close their doors to customers, especially if the new Taliban regime does not release additional funds. “Although the cash crunch has lasted weeks, the country’s banks have in recent days repeatedly underlined their concerns to the new government and central bank, two of the people said,” Reuters reported on September 15. “Banks have already pared back services and imposed weekly $200 payout limits amid a run on savings, with long queues outside branches as people try to get hold of dollars.” Afghanistan’s central bank, Da Afghanistan Bank (DAB), is also limiting withdrawals by private companies and entrepreneurs to $25,000 once a month from their bank accounts, local news media reported in recent weeks.

Some are even stating that no single bank has enough money to serve its customers. “When it comes to banking and finance, the ex-government has put some measures to obtain [the] public’s trust on [the] banking sector, which is damaged these days. There are no new customers to banks, and the people who line up behind banks are only there to withdraw money. Therefore, cash withdrawal is the only thing banks are busy with now in the country,” a lawyer in Kabul noted on September 21 when filing a report with non-profit, online legal news service JURIST. “I believe that some small banks such as Maiwand Bank, Afghan United Bank, Ghazanfar Bank and others will become bankrupt very soon.” The capital adequacy of those lenders had already been under scrutiny for some time, and they are now reportedly failing to comply with the asset-quality requirements, management-performance conditions, earning principles and liquidity requirements set forth by the central bank.

Concerns also continue to mount over the Afghan banking sector’s foreign-reserves capacity, especially in US dollars, should the Western Powers insist on keeping them frozen and cut ties with Afghan lenders and businesses. Already, the World Bank (WB), the International Monetary Fund (IMF) and the European Union (EU) have suspended their funding facilities for Afghanistan-based projects, while the US has frozen $7 billion in Afghan foreign reserves held in New York. Without access to these crucial funds, the government cannot even pay import taxes on food containers from Pakistan, according to the country’s Chamber of Commerce and Industry’s vice chairman, Yonus Momand.

According to a report sent to aid agencies by senior international officials overseeing the Afghan economy, the outlook remains bleak, and the economy could shrink by a third if this banking crisis is mishandled. The new government thus faces an enormous challenge to stabilise the economy, especially given the significant rises in food prices for commodities such as flour, fuel and rice over the last few months. The current economic situation is so dire that the United Nations World Food Programme (WFP) believes only 5 percent of Afghan households have enough to eat every day.

“The liquidity crisis…has disrupted supply chains and halted [the] flow of money and goods,” the report stated, as per Reuters. “A lot of businesses…are unable to pay…suppliers, and a lot of traders are unable to make international payments…to import food. NGOs…are unable to pay their staff salaries.” It is also unclear how much money the new government has to release. “The Taliban inherited a central bank with depleted USD and AFN cash reserves,” the report acknowledged.

Just how long those central-bank reserves will stay out of reach remains uncertain at this stage. Nonetheless, US officials believe that humanitarian groups can bypass the Taliban government to deliver much-needed resources to Afghan citizens. “It’s definitely still possible to meet the basic needs of Afghans without rewarding the government with broader economic assistance and diplomatic recognition,” Lisa Curtis, former South and Central Asia director of the U.S. National Security Council, told the Associated Press on September 16.

So, how can the banking sector lift itself out of this mire? Gaining access to international funds and foreign assistance would seem to be the biggest immediate priority to ensure Afghanistan’s long-term stability. Foreign aid to the country, which previously amounted to $8.5 billion a year—or around 40 percent of the country’s gross domestic product (GDP)—has been almost completely halted as the Western Powers seek to place a tight stranglehold on the Taliban’s finances in a bid to gain some concessions from the new leadership over how it intends to govern the country. The US, for instance, has indicated that it is willing to work with the Taliban as long as it abides by certain pre-conditions, such as its treatment of women and minorities.

“Da Afghanistan Bank assures our countrymen that all commercial banks operating in the country are under serious supervision and are conducting their operations better than before,” Haji Mohammad Idris, former acting governor of the Afghanistan central bank, stated in mid-September. “In view of the economic situation of the country, all banks, FXDs [foreign exchange desks] and companies including national merchants will soon adjust their operations in a normal and regular manner and will conduct their business affairs with complete surety.”

Although such a picture seems to be deliriously optimistic, to say the least, one recent glimmer of hope was the bank’s announcement that it had made some progress in transferring money through telegraphic transfer (TT), most commonly used by traders when importing commodities. As such, commercial banks can now execute international money transactions.

And it would seem that the Taliban is also looking for other channels of financial support. “They are looking forward to China and Russia, and some other countries as well. It seems that sooner or later, they will be successful in dialogue,” according to Al-Falahi. Pakistan is also mulling options to help its neighbour. According to a notification from Pakistan’s Ministry of Economic Affairs, the State Bank of Pakistan’s (SBP’s) governor, Dr. Reza Baqir, presented various options to support Da Afghanistan Bank.

“Sources maintained that the SBP governor highlighted the areas of cooperation, particularly where the Taliban government immediately needed the assistance of Pakistan. They said that Dr. Baqir stated that for the smooth functioning of the banking system under the Taliban regime, Pakistan could assist to print Afghan currency,” the Pakistani news publication The Express Tribune reported on September 29, adding that the governor has also reportedly pitched extending credit lines to the central bank of Afghanistan and providing technical assistance. “However, Dr. Baqir raised the question about extending the support in [the] absence of formal recognition of the Afghan government by Pakistan. He was not available to comment on the development.”

Banca Monte dei Paschi: Is This the Final Chapter for the World’s Oldest Bank?