Top Posts
Designing the Next-Generation Banking Treasury Management
Is the US Finally Warming to the Possibility of Creating...
Enabling the Drive Toward Green Finance with Technology
Why Have Tin Prices Struggled in 2022?
The Devil We Thought We Knew
How China Has Managed to Avoid the Inflation Bug
Home Banking AIK Banka: One of Serbia’s Top Financial Partners for its Corporate and Retail Sectors
BankingCompanies

AIK Banka: One of Serbia’s Top Financial Partners for its Corporate and Retail Sectors 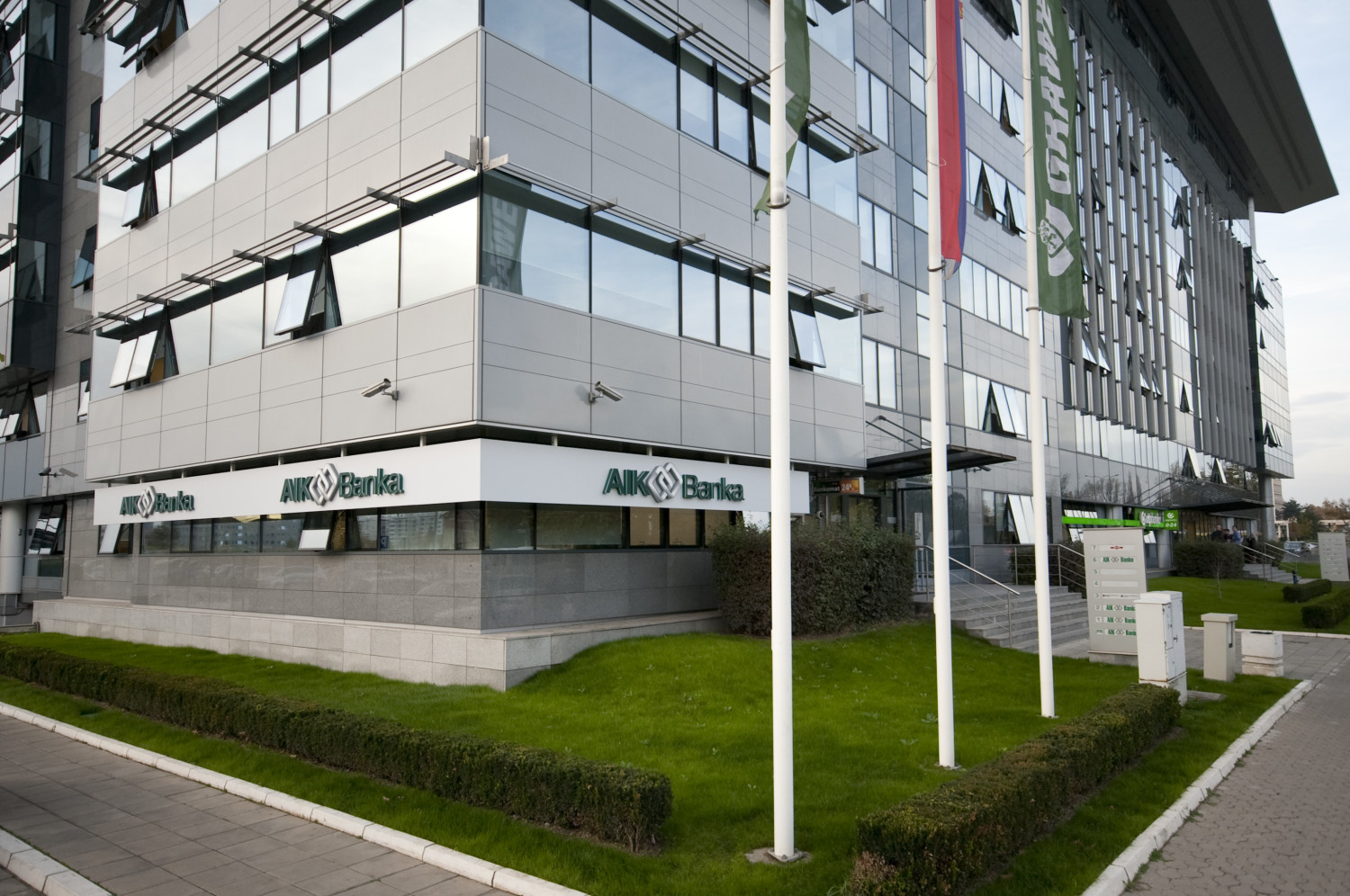 Serbia’s macroeconomic environment in 2014 left much to be desired. The country plunged into a deep recession, the public-debt-to-GDP ratio expanded to above 70 percent, and the second half of the year saw the currency—the Serbian dinar—depreciate significantly. To compound matters, massive flooding in May of that year further exacerbated the country’s economic woes. Despite such fiercely challenging conditions, AIK Banka AD Beograd was one of the few banks in the country that was able to consolidate its position in the Serbian banking market, and it did so impressively, across nearly every financial parameter. In fact, as a result of implementing specific strategic and operational plans in early 2014, AIK’s balance sheet managed to grow substantially during the year, with an increase in deposits and profits leading the way. Deposits from economic entities and retail savings increased by 20 percent during the year, almost eclipsing the €1 billion mark—a surefire indication of the trust that customers placed in AIK during a period of considerable instability. AIK also ended the year with a RSD 1.8 billion net profit.

The bank itself has asserted that achieving such positive figures was down to the establishment of a new sales model, which was significantly more oriented towards its customers’ needs, as well as a competitive pricing policy, a reduction in the overall exposure to risky assets and liabilities through enhanced risk management techniques, and more optimised management of the bank’s liquidity. The change in ownership of the bank in 2014 is also worth mentioning—the bank’s management supported the Serbian sugar company Sunoko in its bid to become a majority shareholder in AIK. Given Sunoko’s financially healthy and operationally stable position within Serbia, AIK’s management believes that this move has already had a positive effect on the development of the bank and expects Sunoko to “improve future business operations”. 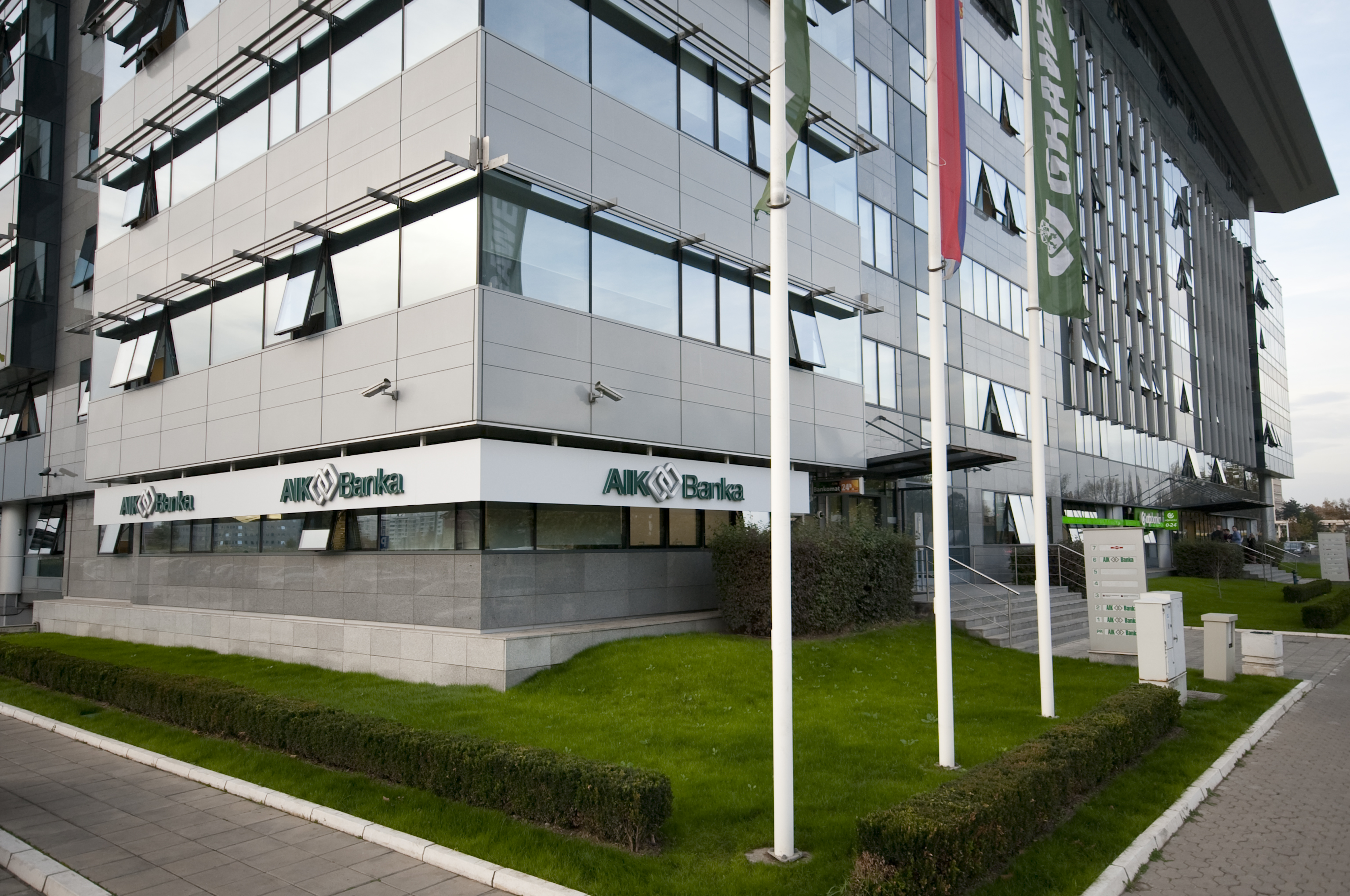 AIK Banka was founded in 1976, initially operating as an internal bank under the umbrella entity Agroindustrijski kombinat Niš. By 1993, however, the bank obtained its own license from the Serbian central bank, became a standalone institution and began commercial-banking operations. A couple of years later the bank registered as a joint-stock company for regular banking business operations before going on to become a publically traded institution, listing its shares on the Belgrade Stock Exchange. AIK’s shares in today’s market are among the most liquid to be traded on the exchange, while the bank itself has more than 6,000 shareholders. In terms of measurable financial parameters, such as net assets and profit before tax, AIK’s market position is comfortably within the top 10 in Serbia, and more importantly, it has been steadily moving up the ladder over the last few years. Between December 2012 and September 2014, for instance, the growth in AIK’s net asset position has boosted the bank from eighth position to sixth, with the bank’s market share at 5.5 percent by September. The bank can also boast of being the number one lender in Serbia with regards to capital adequacy, and is considered one of the finest partners in the country for both the corporate and retail sectors.

AIK has overcome several setbacks in its commercial-lending operation, mostly as a consequence of the dire downturn in Serbia’s economy following the global financial crisis in 2008. The problem of rising non-performing loans (NPLs) managed to smite many of the Balkan banking industries, with Serbia among the worst affected. This sent its banking industry into a period of substantial de-risking, which has only marginally improved since. While the banking operating environment today is not as risk averse, high NPL levels remain a problem, while it also remains challenging to find new business projects in which to invest.

AIK’s most important task within corporate banking, therefore, has been to maintain the appropriate risk controls on its lending operations, while concurrently being able to extend funding to those business opportunities considered profitable. Growth areas currently being identified by AIK include the agricultural sector and SMEs (small and medium enterprises), which align with AIK’s core business—despite evolving into a major financial player, it has remained committed to partnering with entrepreneurs and local businesses. A diverse range of lending facilities are available for corporate customers, including for both short- and long-term time horizons, as well as discounted bills of exchange, guarantees, letters of credit with or without coverage and joint investments. Additionally, AIK’s depository business is based on the most solid capital base in the Serbian banking system. 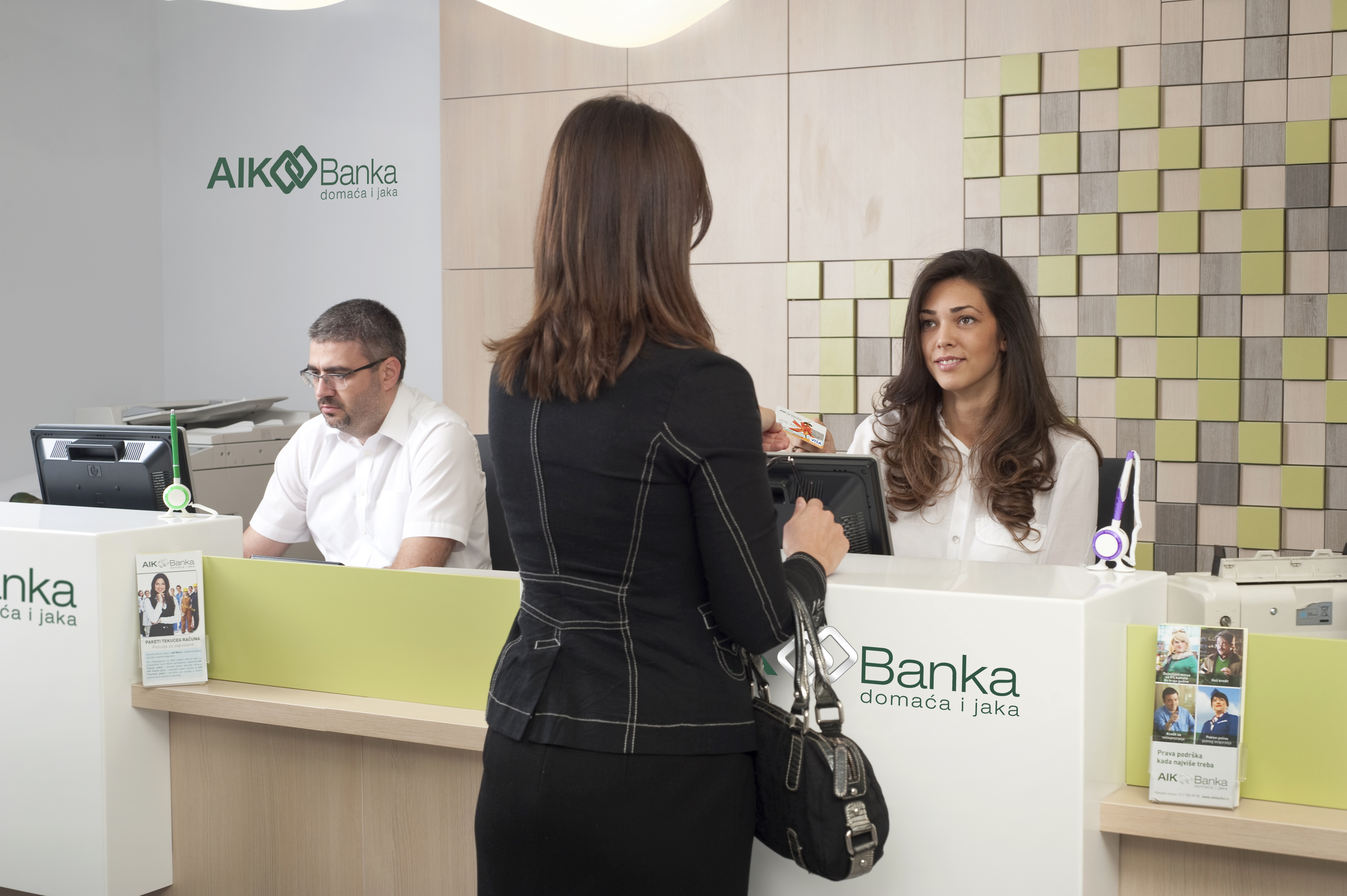 Retail banking, meanwhile, has posed its own set of challenges, but AIK has been overcoming them using a technology-led approach. The Serbian lender perceives communication and delivery channels to be the future of client interfacing, and as such, the consistent updating of digital applications coupled with the introduction of new communication channels, such as social media and self-service zones, will be the basis upon which AIK aims to secure the majority of new retail business, both today and in the years to come.

Innovation underpins AIK’s overall approach towards customer service. The bank is dedicated not only to satisfying the customer’s needs but also to finding the most innovative solutions in order to make banking more accessible and convenient to the entire customer base. The flexibility for AIK to pursue innovative solutions is down to the fact that it is now operating as its own entity, with no parent company to direct the bank in a specific way. The fact that AIK’s presence is confined to Serbia alone also means that it does not need to pursue or follow international trends and obligations. Ultimately, as long as it is operating within the regulatory framework, AIK has considerable freedom to find the latest solutions to assist its clients.

This flexibility is what invariably elevates the quality of AIK’s banking services to a higher level than its competitors. The thirst for not just the right solution, but the most innovative one, has led AIK’s client base to express a level of loyalty to the lender classed as “above average” in comparison to the bank’s peers, according to a recent survey conducted by an independent research agency.

Technology lies at the heart of AIK’s superior service. The bank has been focused on becoming the leader in the local market in this area. The m-banking (mobile-banking) application in particular stands out among AIK’s recent technological developments, as it has transformed the way the bank and its clients communicate. Offering inquiries pertaining to customers’ accounts and balances, statements and deposits, payments and payment orders as well as useful general information—and being available 24/7 for its retail customers—m-banking has received stellar feedback from customers. The average user rating of the application currently stands at 4.5 out of 5. Indeed, client satisfaction is expected to be further boosted by the expectation of further add-on features being incorporated into m-banking in the near future.

But it’s not just through the prism of technology that AIK communicates effectively with its clients. The bank also adopts more traditional methods to generate client satisfaction, and indeed, to reward its customers. In the last few months, for example, the bank conducted a sweepstake for its customers. Entitled “”Pack your bags, we take you on the road!”, customers of AIK Bank’s Visa payment cards who executed a RSD 1,500 minimum value transaction were eligible to win prizes, which ranged from travel vouchers to specific shop gift vouchers, and to cash prizes. 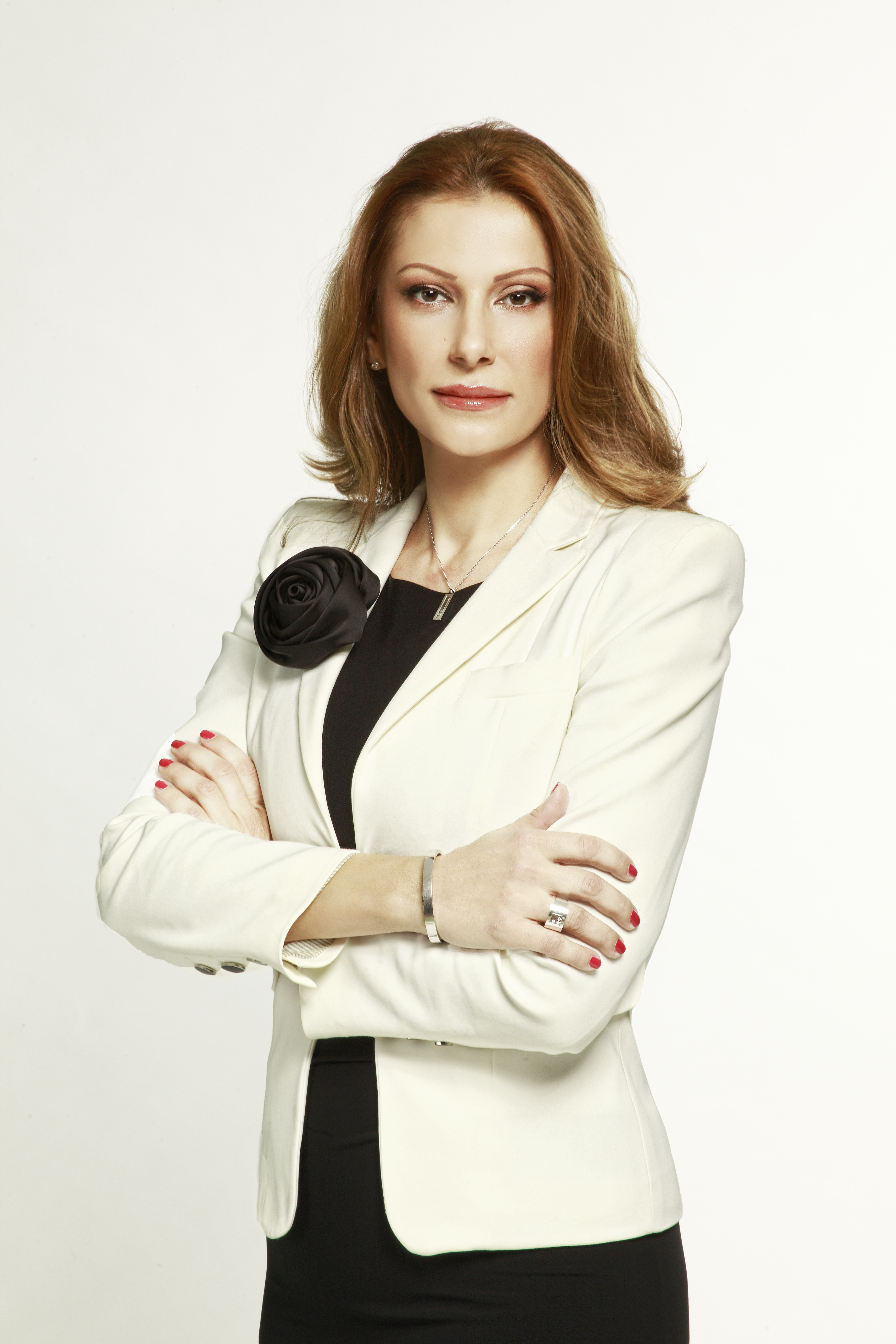 Jelena Galic is the CEO at AIK Banka

AIK attributes its recent success primarily to its consistent investment in human capital. Continuous education and training is provided to employees via a range of unique programmes including courses, conferences, round tables and team-building activities. AIK ensures it designs the most appropriate tailor-made processes to allow staff to improve their skills and knowledge base. AIK’s recruitment process itself is also known for its thoroughness and, ultimately, having the uncanny ability of selecting the very best experts in their respective fields. To elicit a high standard of productivity from the workforce, regular evaluations, feedback and incentive systems are also in place, and such measures are prioritised within the business model.

AIK also gets enthusiastically involved in projects designed to help the wider community in Serbia. The bank’s corporate social responsibility (CSR) policy is aimed at improving the wellbeing of the local population, especially through a strategic commitment to helping youth talent flourish, in particular through sports and education. Financial aid is provided to sports organizations, while long-term projects are supported in order to allow young talent to learn, develop and advance.

The major inescapable problem during the last few years for AIK, however, as well as for Serbia’s banking industry, and which must be emphasised, remains the persistently high levels of NPLs. In AIK’s case this has been significantly more pronounced amongst the bank’s corporate clients as opposed to its retail customers. The bank considers its corporate segment its main priority, so perhaps it is less surprising that the majority of NPLs have emerged from this sector. Nevertheless, AIK has attempted valiantly to bring the high NPL figures down in the last 18 months or so. The bank intensified its monitoring measures during the first half of 2014, which enabled it to halt the rising trend in the second half of the year, and indeed, total NPLs managed to fall by $1.7 billion during those six months. Intensive efforts have been made to improve the process of identification of risks, as well as risk monitoring, control and reporting. Furthermore, a Risk Committee was also established during the first half of last year, which was exclusively responsible for managing AIK’s exposure to credit, liquidity, market, operational and other risks, as well as proposing risk-management solutions to AIK’s executive board.

Looking to the future, the bank has devised a renewed marketing strategy, which focuses on building AIK’s brand recognition within Serbia as a stable, strong, secure and flexible financial institution, and by doing so, the bank is playing to its strengths. To solidify this brand, the bank has started to undertake several measures, such as defining its market position with established guidelines for communication with internal audiences, in order to improve the bank’s image and prominence at the national level. AIK also wants more proactive coordination with sales sectors in order to strengthen its reputation as a bank with differentiated products and services to that of its competition. Finally, and perhaps most importantly, AIK seeks to create and maintain relationships with clients through remaining firmly committed to their needs. Given that Serbia has now emerged from economic recession as of the second quarter of 2015, the outlook for the banking sector’s future is more optimistic than this time 12 months ago. Armed with this renewed marketing strategy, a healthy financial position and an unfailing desire to generate client satisfaction over and above the levels of its competitors, AIK is ideally positioned to ride the wave of recovery and ultimately push up the Serbian banking sector rankings tables in the years to come.