Top Posts
Challenges Remain, But There Are Opportunities to Be Had in...
Interview with Mr. Olukayode Pitan, Chief Executive Officer and Managing...
Commodities Outlook for 2023
The Value of Cash in a Time of Crisis: How...
The US-Africa Leaders Summit: Fostering a Closer Relationship with the...
Three Key Sectors in Which to Invest in 2023
Home Banking Amidst Regulatory Disruption, Panamanian Banking Sector on Track to Top Region in 2018
Banking

Amidst Regulatory Disruption, Panamanian Banking Sector on Track to Top Region in 2018 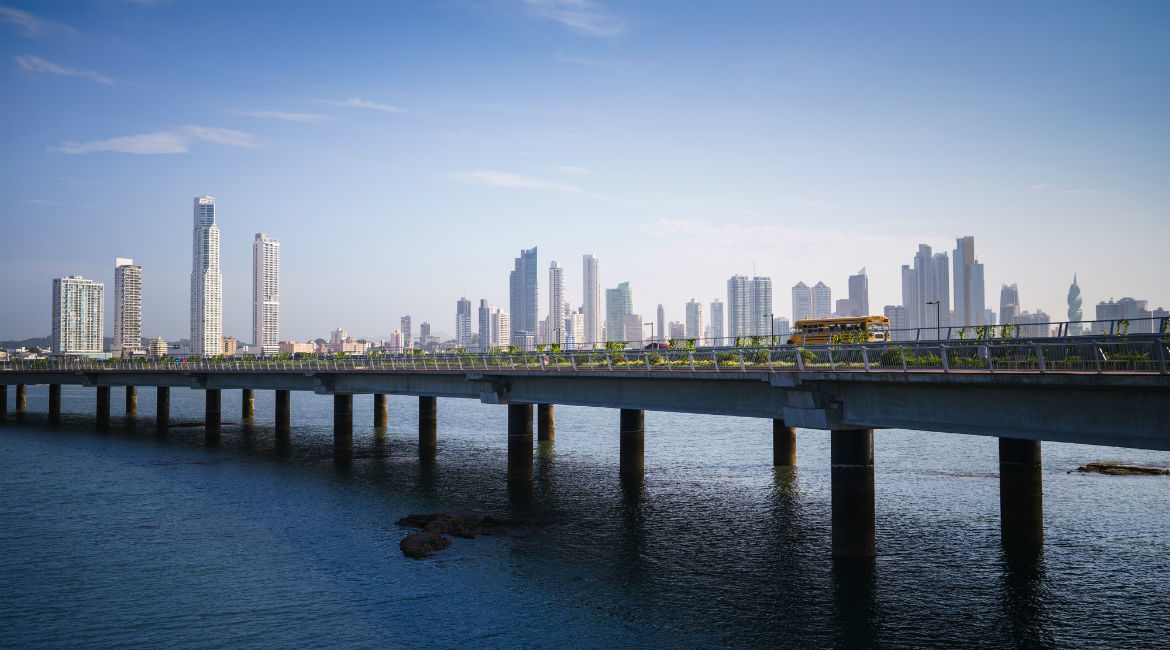 Panama continues its efforts to claw back from the shadow of the Panama Papers scandal. Its efforts seem to be paying dividends as the country returned third-quarter growth of 5.4 percent—slightly beating its 5.2-percent growth in the second quarter. At present, analysts expect that the country will see growth of 5.4 percent in 2017. With growth at such a robust rate, Panama seems to have regained its seat at the head of the Latin American regional growth table. Few countries have been able to match Panama’s growth dynamism or consistency.

A slate of factors has contributed to Panama’s roaring performance. Topping that list is the expanded Panama Canal and the windfall of revenue entering Panamanian coffers from its swelling traffic. The $5.3 billion canal expansion has ushered in a new generation of larger Panamax ships capable of transporting substantially larger amounts of goods through the century-old water passage. With canal revenue at an all-time high—growing 9.9 percent in November 2017—the government is enjoying an unprecedented number of fiscal transfers from the Panama Canal Authority: US$1.7 billion in 2017. With international trade on the mend, the Panama Canal Authority is expecting increased traffic to be sustained through 2018 and to lift earnings to even greater heights.

Panamanian expansion did not end at the canal. Construction projects took hold throughout the country, with large-scale infrastructure projects paving the way for smaller industrial swells. All sectors—from mining to transportation—saw an uptick throughout 2017, and this is expected to continue well into 2018.

With the country’s leadership looking to move past the Panama Papers scandal, tighter financial regulations have increased confidence and reduced risk in the country’s banking sector. Unsurprisingly, Chinese banks appear to be the first looking to re-engage the Panamanian financial sector. Panama recently opted to begin formal diplomatic relations with the People’s Republic of China—opting to sever relations with the Chinese breakaway state Taiwan. By opting to end relations with Taiwan in favor of China, Panamanian President Juan Carlos Varela has opened a new source of business with one of its largest trading partners. Having invested heavily in the region over the past decade, the Chinese government is all too willing to embrace diplomatic ties with Panama as the Central American nation seeks to cast off the financial blacklisting weighing it down.

Following the release of the Panama Papers—a cache of encrypted financial documents numbering in the millions that outlined how a single Panamanian legal firm hid millions for the global elite—the country found itself on the wrong side of the global tax-evasion initiative. The country was recently put on the European Union’s (EU’s) tax-haven blacklist—a move publicly protested by President Varela at the World Economic Forum in Davos, Switzerland. His promises for tax reform and tighter fiscal regulations prompted the EU to move Panama to the grey list, but backlash from the scandal still lingers over the country.

Three Panamanian banks had their credit ratings downgraded by Standard & Poor’s—a top credit-rating agency. Multibank, Global Bank Corporation and Banco Latinoamericano de Comercio Exterior all saw steep penalties hit their credit ratings as the agency felt there was elevated risk from the trio of banks. According to reports, the risk exposure of the Panamanian banks slipped to negative from stable, largely due to views that the Panamanian banking system lacked the necessary safeguards to limit risk. Transparency, supervision, governance and regulation were all areas of concern causing the drop in ratings for the three banks. However, the Panamanian banking system seems to have retained its risk-analysis rating with major rating agencies.

This might have to do with a visible and material effort made by the Panamanian government to curb this risk. For instance, three Panamanian banks were recently sanctioned by the government for insufficient anti-money-laundering practices. Banvivienda, Multibank and Banco Nacional de Panamá have all received hefty slaps on the wrist for their subpar money-laundering standards as enforced by the Superintendency of Banks of Panama. With fines ranging from US$20,000-$300,000, the government seems to be signalling that Panama is a willing partner in the fight against fiscal irresponsibility and tax evasion.

Speaking in tandem with President Varela at this year’s World Economic Forum, the Panamanian finance minister, Dulcidio de la Guardia, discussed the country’s efforts to combat financial crime. In the same breath, de la Guardia outlined that this was “a global issue, not a Panama issue”.

The global community seems to have responded in kind. Rather than slap the four million-strong nation with severe fines and sanctions, Panama was prompted to plug the holes in its financial institutions. The government has responded in kind and made visible strides to correct the oversights. Among them is a recent partnership between Sequrest and Banking Systems of Panama to improve customer service with a slate of banking cyber-security solutions.

All this, while the country recognizes that some of these oversights may be a necessary evil until better solutions present themselves. For instance, the Panamanian government continues to employ Brazilian construction giant Odebrecht, despite the pervasive bad press following the company since the Lava Jato investigations revealed its foul play. At present, Odebrecht is set to complete several projects for the Panamanian government throughout 2018.

The positive press could prove a boon to Panamanian gross domestic product (GDP) and the country’s future potential as a regional financial hub. While a hefty migration would need to occur for the main hubs to move away from the Caribbean or São Paulo, Brazil, Panama may be able to provide a banking and financial system that is palatable to both investors and international regulators alike.

While this may be a lofty aspiration, the country has much working in its favor. Leading exports include specialized products such as packaged medicaments, sulfonamides and oxygen-amino compounds—contributing nearly a quarter of the country’s $9.3 billion export economy. The financial sector contributes to the booming service economy, which represents 69.16 percent of the country’s GDP. But its ever-saving grace is the canal bisecting the tiny nation. With global trade on the uptick, and China zeroing in on the region, traffic revenue will likely continue growing for some years to come. It’s little wonder that the country consistently hovers among the region’s top performers.