Top Posts
How Gamification is Catapulting Digital Banking to the Next Level
Challenges Remain, But There Are Opportunities to Be Had in...
Interview with Mr. Olukayode Pitan, Chief Executive Officer and Managing...
Commodities Outlook for 2023
The Value of Cash in a Time of Crisis: How...
The US-Africa Leaders Summit: Fostering a Closer Relationship with the...
Home Banking Are Bank Credit Lines the New Source of Financial Fragility?
Banking

Are Bank Credit Lines the New Source of Financial Fragility? 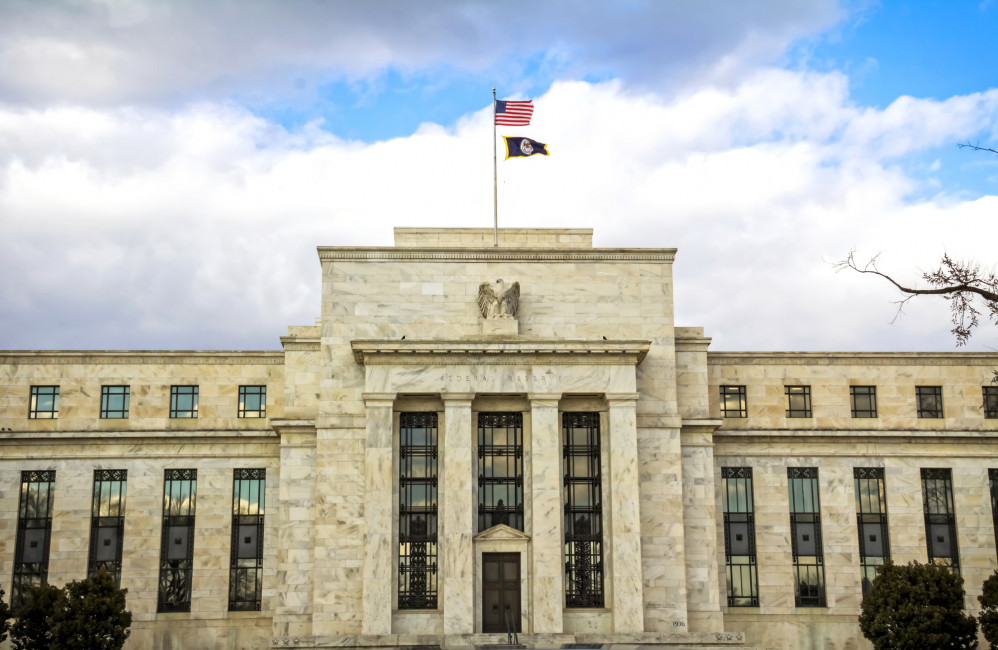 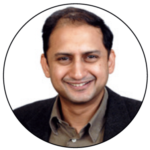 After the global financial crisis (GFC) of 2007-09, it was widely believed that the main source of stress for banks had been short-term wholesale funding. As banks struggled to meet short-term finance raised in shadow-banking markets, they passed on stress to the real economy. Post-crisis bank regulation, therefore, has focused on ensuring banks have access to sufficient liquidity to meet wholesale-funding needs.

Bank regulation, however, continues to suffer from the whack-a-mole problem. Wholesale funding relative to total assets has been halved since the GFC. Almost unnoticed has been the emergence of a new source of banking stress: drawdowns on credit lines, which are commitments by banks to issue new loans to firms on demand and according to pre-determined conditions. Banks receive fees in good times while providing these commitments but must honor them when drawn and, importantly, hold substantially higher capital against them thereafter.1

Massive build-up of bank risk since the GFC

Figure 1 shows the rise of credit-line commitments to US publicly listed firms since the GFC. These increased from 0.7 percent of gross domestic product (GDP) in 2009 to 5.7 percent of GDP in 2019. At the end of 2019, banks had committed to issuing about US$1.2 trillion in loans to the US publicly listed firms alone—excluding their commitments made alongside high-risk leveraged buyout (LBO) transactions, since these firms are mostly private. Bond-market financing, at the same time, increased to more than 20 percent of GDP, while bank term lending declined. 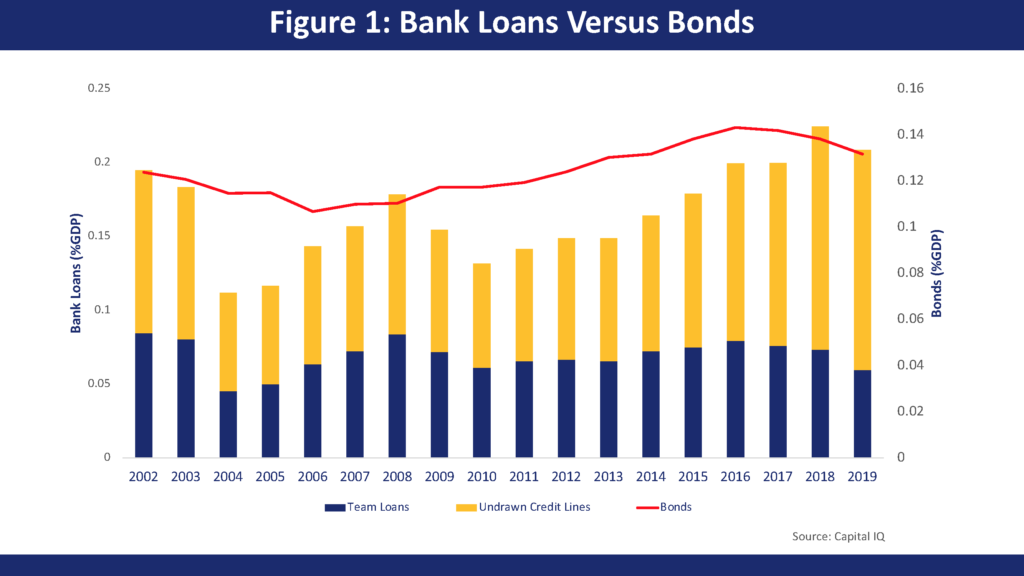 In other words, over the last decade, banks have accumulated massive amounts of off-balance-sheet risk through loan commitments that may materialize when aggregate risk in the economy rises, capital-market funding disappears, and treasurers and chief financial officers (CFOs) at firms decide that they need to draw down their bank-provided credit lines.

This aggregate drawdown risk materialized in March 2020 amid the outbreak of the COVID- 19 pandemic. Governments imposed strict lockdowns, causing firms’ immediate and expected cash flows to drop, in some cases by as much as 100 percent, while their operating and financial leverages remained sticky. Given the heightened uncertainty, bond markets froze for virtually all firms, and rollover costs skyrocketed for even the best-rated ones. As a consequence, firms with pre-arranged credit lines from banks drew down their undrawn loan commitments in the first three weeks of March 2020, until monetary and fiscal authorities stepped in. In other words, rollover risks that had been accumulating for corporations in the bond market (and the “shadow banking” sector more broadly) returned to bank balance sheets via drawdowns of credit-line commitments.

Banks had already experienced this kind of “bank run” during the GFC, especially after the collapse of Lehman Brothers. The intensity of credit-line drawdowns during COVID-19, however, was far greater than during the GFC or other past recessions. To put things in perspective, the size of large corporate drawdowns on banks was greater than $300 billion in March 2020, surpassing the annual drawdown during 2008-09. Bank stock prices crashed during the first weeks of the pandemic as a result, much more so than those of non-financial firms.

The US Federal Reserve responded with alacrity to the events of early March 2020 and introduced a series of measures to inject liquidity into the market. On March 23, it introduced a corporate-bond-buying program, effectively backstopping investment-grade bonds. Bond markets immediately reopened for investment-grade-rated firms, and eventually also for riskier, non-investment-grade-rated firms. This stopped the run on bankcredit lines and was an important, even if indirect, mechanism to safeguard banking stability.

During the second half of 2020, firms started to repay the credit lines, but they did not reduce their cash holdings substantially. In fact, firms issued new bonds to pay back the credit lines. This had two implications: First, banks recommitted to issue loans when firms wanted to draw from their credit lines—i.e., banks’ off-balance-sheet exposures to aggregate risks and shadow-banking freezes were restored. Second, firms had significantly greater financial leverage. In other words, if additional lockdown measures had to be imposed as a consequence of, for example, a second or third wave of the pandemic, then drawdown risks for banks might have re-emerged and likely been even more pronounced. Bank stock prices, as a result, did not substantially recover until the advent of vaccines at the end of 2020 and lagged the recoveries in other sectors.

Credit-line drawdowns had immediate implications for bank lending. During the GFC, markets and regulators were concerned about the wholesale-funding risks of banks, not only from the bank-capital but also bank-liquidity standpoint. Liquidity risk, however, was not a major concern for banks during COVID-19. Funds from drawn credit lines were redeposited, often at the same banks. Moreover, the Federal Reserve channeled sufficient liquidity swiftly into the banking sector.

However, as commitments turned into loans on banks’ balance sheets, they had to be funded with higher capital levels. The riskier the loan, the higher the capital requirement. This significantly impacted banks’ ability to issue new loans, especially as banks feared higher loan-loss provisions during the early phase of the pandemic. Those banks that experienced large drawdowns were forced to cut lending to the corporate sector. We consequently observed a reduction in investments and R&D (research and development) expenses of firms borrowing from these banks. Credit-line drawdowns thus appear to have had medium-term implications for the economic growth of US firms.

To summarize, the COVID experience has shown us that bond-market rollover risks that accumulate in the shadow-banking sector may be transmitted back into the banking sector through credit-line commitments provided by banks to corporations, with important implications for bank lending and the economy. Bank credit lines constitute a rising source of financial fragility, with causes and consequences that deserve careful regulatory scrutiny.

1 A detailed analysis of the importance of credit-line commitments for banks can be found in the NYU Stern School of Business working paper “Why did bank stock crash during COVID-19?” by Viral V. Acharya, Robert Engle and Sascha Steffen, August 31, 2021.

ABOUT THE AUTHORS
Prof. Viral V. Acharya is the C.V. Starr Professor of Economics in the Department of Finance at New York University Stern School of Business (NYU-Stern) and an Academic Advisor to the Federal Reserve Banks of New York and Philadelphia. He was a Deputy Governor at the Reserve Bank of India (RBI) from January 23, 2017, to July 23, 2019, in charge of Monetary Policy, Financial Markets, Financial Stability and Research.

Prof. Dr. Sascha Steffen is Professor of Finance at Frankfurt School of Finance & Management. His research is in banking, corporate finance and financial intermediation. His recent work analyses the causes and consequences of the European banking crisis and its implications for firms’ financing and investment opportunities. Prior to joining academia, he worked at Deutsche Bank in Frankfurt and New York.