Top Posts
Challenges Remain, But There Are Opportunities to Be Had in...
Interview with Mr. Olukayode Pitan, Chief Executive Officer and Managing...
Commodities Outlook for 2023
The Value of Cash in a Time of Crisis: How...
The US-Africa Leaders Summit: Fostering a Closer Relationship with the...
Three Key Sectors in Which to Invest in 2023
Home Banking Are Banker Bonuses Returning to the Days of Excess Once Again?
Banking 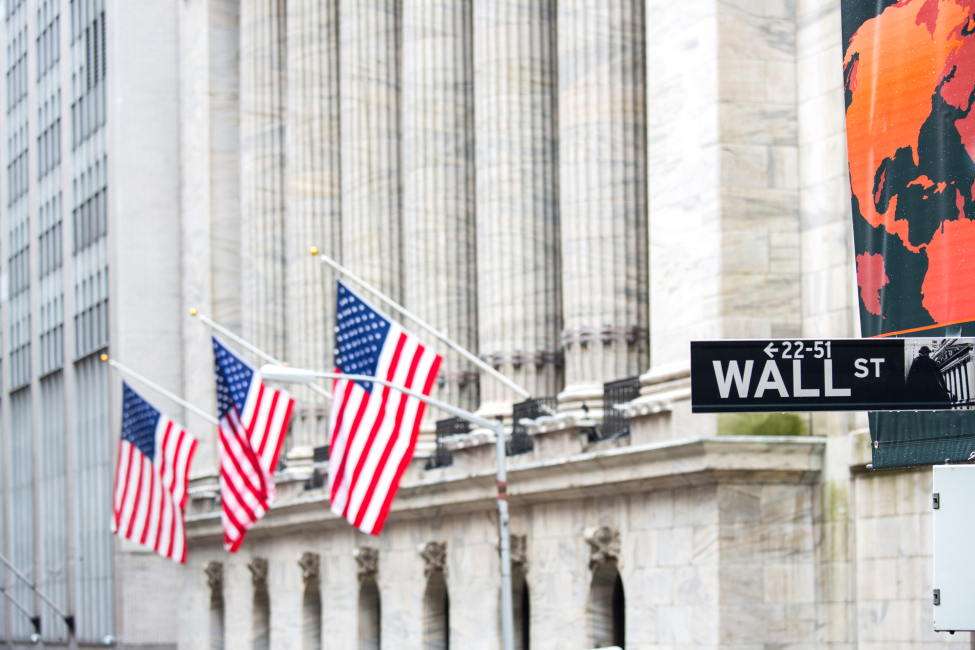 According to a recent report from Johnson Associates, a compensation consulting firm based in New York, banker bonuses for 2021 will experience a massive surge, the magnitude of which was last seen before the global financial crisis. “After the third quarter, Johnson Associates projects significant year-end increases in incentive compensation across financial services,” noted the report, which was published on November 16. “Investment & commercial banking profits up sharply with release of loan loss provisions and record investment banking. Asset management incentives up on rising markets. Private equity incentives higher on strong fundraising and realizations while hedge fund asset levels reach record high[s] on inflows and performance.”

Equity and debt underwriters will see the biggest jump in bonus levels compared to 2020’s compensation at 35 percent, according to the report, while equity traders and investment bankers in mergers and acquisitions (M&A) will enjoy a 25-percent boost. Not all divisions will experience growth, however, with the report anticipating that fixed-income traders’ bonuses could shrink by up to 5 percent. Nonetheless, bonuses are set for a bumper year on the whole and stand in stark contrast to 2020, which saw banking business subdued throughout much of the COVID-ridden year, translating into some relatively underwhelming compensation packages for the talent on Wall Street.

“This year’s bonus season on Wall Street should be one for the record books,” added Alan Johnson, managing director of the specialist Wall Street compensation consulting firm. “Virtually all financial services industry segments, including investment banking, asset management and alternative investments are performing at record levels. This, in turn, will translate into incentive award increases we haven’t seen in the industry since before the Great Recession.” And as we remain in the midst of a similarly impactful global economic event in 2021, the COVID-19 crisis seems to have propelled Wall Street earnings—and bankers’ pay packages—to record levels, which has prompted more than a few commentators to question the excessiveness of this remuneration.

Banks in Europe and London have similarly hiked bonuses by substantial amounts this year. UK bank Barclays announced in July that it had increased its bonus pool by 46 percent to £1.1 billion, while fellow British lender HSBC raised its own bonus pool by $900 million in the first half of the year. Standard Chartered, meanwhile, cited a “normalisation of performance-related pay” as being the chief reason for the bank’s 8-percent jump in costs during the first six months to $5.1 billion.

So, what is behind this year’s bonus bonanza? In part, it would seem that the competition for top banking talent is heating up, meaning that retaining the best people requires even more exorbitant compensation levels. Indeed, US executive-search firm Heidrick & Struggles estimated that bonuses and pay increases have continued building throughout the second half of 2021; this trend has been driven by a couple of factors, according to Sophie Scholes, the head-hunter firm’s head of its UK financial-services practice. “One is the sheer competition for talent, and that means retaining good people, and two is that because of all the market activity people have a good pipeline and some good wins behind them, and banks are trying to prepare for that,” Scholes told Reuters, adding that such trends were global and that banks in Europe and Asia are playing catch-up to US lenders.

This certainly seems to be the case for banks’ most senior executives. Goldman Sachs, for instance, disclosed in October that its chief executive officer, David Solomon, and president, John Waldron, were given one-time stock bonuses designed to keep them at the bank: 73,000 and 49,000 restricted stock units, respectively. Should the executives achieve certain performance targets and remain in their positions for the next five years, Solomon would receive approximately $30 million in 2026, assuming a Goldman share price of $410, while Waldron would net around $20 million. The bank has openly acknowledged that it wants to “enhance retention in response to the rapidly increasing war for talent in the current environment”. The one-time award follows similar action taken by rival JPMorgan Chase in July when it granted its chief executive, Jamie Dimon, a “special award” of 1.5 million share options. Should he hold the shares until July 2031, which would mean that Dimon would have remained at the bank for 10 more years, the award would be worth a cool $50 million.

“This all smacks of old-school Wall Street, when the leaders always took a greater share of the profits,” Mike Mayo, banking analyst at Wells Fargo, recently told Bloomberg. “What does it say to all the other employees about what they’re worth?” Indeed, the reports of ballooning bonuses do come hot on the heels of news of salaries having to be raised for junior bankers. Goldman Sachs came under particular scrutiny after reports emerged in March that 13 first-year analysts at the bank complained to senior management of their near-100-hour work weeks and that they were getting only five hours of sleep a night, all to keep up with their excessively demanding workloads and “unrealistic deadlines”. Half of the group also said they were likely to quit their jobs at the bank by the summer unless there were changes.

In response, Goldman Sachs boosted pay for its first-year analysts—the most junior of positions and mainly recent college graduates—from $85,000 per year to $110,000 as a base salary. The raise followed similar actions taken by the bank’s peers, including Morgan Stanley, JPMorgan Chase, Citigroup and Barclays, all of which hiked their first-year analyst salaries to $100,000 from around $85,000. Second-year analysts have also enjoyed pay bumps from $95,000 to $125,000, and first-year associates $25,000 pay hikes to $150,000. According to Alan Johnson, base salaries across the financial-services industry could rise by more than 3 percent and perhaps even higher than 7 percent. “Base salaries are more important than ever,” he said.

Similar action has been taken across the pond. In September, eFinancialCareers (EFC) reported that while previous London bonuses were 80 percent of salaries and salaries for first-year analysts were pegged around the £50,000 mark at the City’s premier financial institutions, first-year salaries had been bumped to £60,000, and first-year bonuses were as high as 95 percent to 100 percent of salaries. “As a result, total compensation for first-year banking analysts in London has risen from £90k ($124k) to as much £120k ($166k)—an increase of 33 percent in one year,” according to the popular financial-services recruitment site.

But while it may seem that industry compensation is hurtling towards the days of excess that characterised the pre-2008 days, there is at least one major lender that is keen to overhaul bankers’ pay. According to Credit Suisse’s chair, António Horta-Osório, the bank will reveal its new pay policy at its annual general meeting in April, after billions in trading losses earlier in the year were partly attributed to poor risk controls. As such, the new pay policy will make employees more accountable for their decisions regarding managing risk. “Those are more important than whether in absolute terms the remuneration is too high or too low,” Horta-Osório said at the Financial Times’ Global Banking Summit on December 2. “Remuneration has to be in line with the sector and has to be aligned with the interests of shareholders, with value creation after deduction of the cost of capital.”

In the United Kingdom, meanwhile, Chancellor of the Exchequer Rishi Sunak has thus far resisted calls to remove the cap on banker bonuses introduced by the European Union (EU) in the wake of the 2008 global financial crisis (GFC). The issue was reportedly raised in June by a bank chief executive at an online banking meeting involving Sunak, UK Prime Minister Boris Johnson and Bank of England (BoE) Governor Andrew Bailey. But given the potentially disastrous political ramifications of lifting the cap in a post-Brexit regulatory landscape, government sources have since insisted on a handful of occasions that the matter is simply not a priority at present. “It’s disappointing, and I highly disapprove of the idea that people shouldn’t be paid for what they deliver,” City commentator David Bulk told the City A.M. financial publication in mid-October. “If you don’t allow the City to engage with the best people internationally, you’re in danger of not allowing businesses to be created.”

Will bonuses continue to swell further in 2022? Not by as startling an amount as this year, according to Johnson. “I don’t think [bonuses] are going to go up as much next year.… I think this was a spurt,” Johnson recently predicted to CNBC. “But the view is ’22 will be a really good year.”