Top Posts
Challenges Remain, But There Are Opportunities to Be Had in...
Interview with Mr. Olukayode Pitan, Chief Executive Officer and Managing...
Commodities Outlook for 2023
The Value of Cash in a Time of Crisis: How...
The US-Africa Leaders Summit: Fostering a Closer Relationship with the...
Three Key Sectors in Which to Invest in 2023
Home Banking Are Negative Interest Rates Here to Stay?
Banking 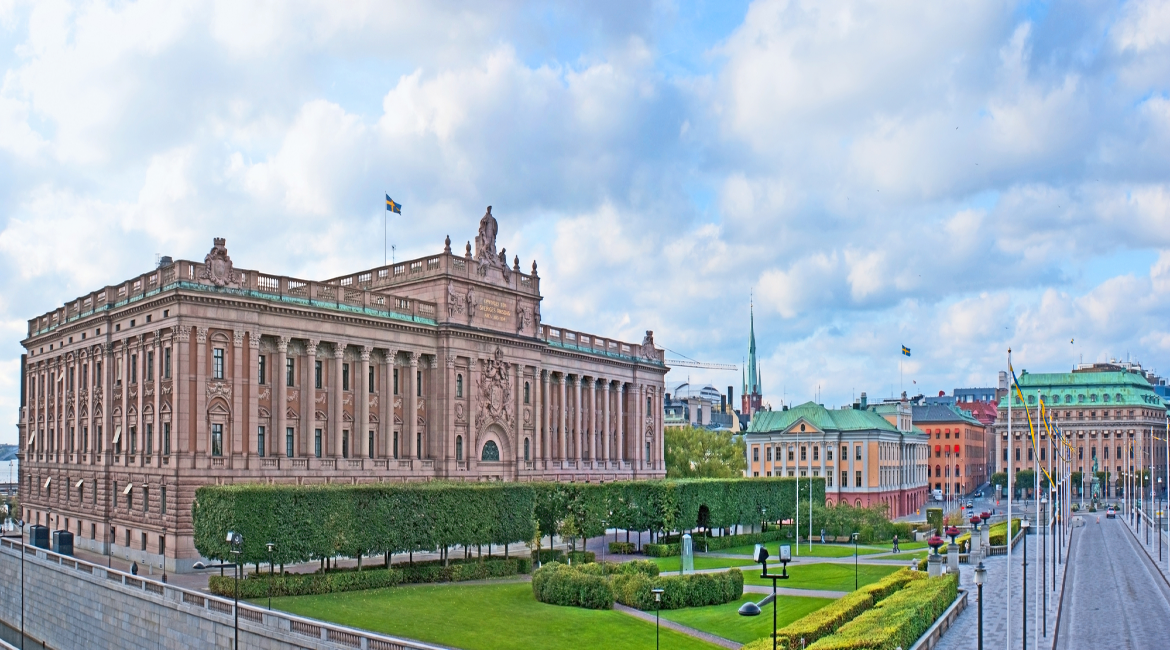 In July 2009, Sweden’s central bank became the world’s first to implement a negative interest rate when, having lowered its repo rate to 0.25 percent, it pushed its linked overnight deposit rate down to -0.25 percent. Fast forward 10 years and the Sveriges Riksbank ended its negative interest-rate policy in December 2019, when it raised its repo rate by 25 basis points, thus lifting its benchmark rate to zero. In taking this action, the world’s oldest central bank ended five continuous years of negative rates.

The bank said in a statement that conditions in the Swedish economy “are good for inflation to remain close to the target going forward”. Riksbank’s governor, Stefan Ingves, meanwhile, acknowledged that negative rates had worked well by boosting inflation and gross domestic product (GDP), but that “it’s a completely different question what would happen in an economy if you had negative rates for a very long period”. What exactly constitutes a “long period” has not yet been verified, but judging by the duration of negative rates in some other countries, there is a growing sentiment that they will remain in place for some time to come.

Sweden’s exodus from negative territory means that it has escaped an environment that has pervaded throughout much of Europe and indeed beyond. Rates are currently negative in the eurozone, Japan, Denmark, Switzerland and Hungary. What’s more, this situation is expected to persist for some time yet in these countries, with the possible exception of Hungary. Sweden may have unburdened itself from the spectre of negative rates, but its European neighbours seem committed to the policy for the foreseeable future. And given how long negative rates have already been in play in many of these countries, it begs the question of whether this monetary environment is now the “new normal”.

In the eurozone, where the deposit rate remains at a lowly -0.5 percent, inflation and GDP growth have been underwhelming throughout 2019. And yet almost immediately after the Riksbank pushed rates back up to zero, the European Central Bank (ECB) published a paper that was strongly supportive of its negative-rate policy. As such, negative interest rates, considered an extraordinary move around 10 years ago, have become a staple of monetary policy for several major central banks during the last decade. This has resulted in several oddities emerging, such as savers in Germany being charged on their deposits and homeowners in Denmark being paid to borrow with rates on 10-year mortgage bonds falling to -0.5 percent.

The situation is somewhat different in the United States, however. Judging by its recent efforts, the Federal Reserve System (the Fed) has been actively fighting against the normalisation of ultra-low rates. The last few years have seen the US central bank attempting to raise its benchmark rate but being forced to cut it three times last year to encourage economic growth and placate markets. The evidence from the Fed itself, however, suggests that it won’t be going below zero anytime soon. The bank recently asserted that although such a tool had “provided accommodation” in some countries, there are also indications of possible adverse side effects. “Negative interest rates would entail risks of introducing significant complexity or distortions to the financial system,” the Fed stated in the minutes from its October meeting.

But one must wonder where the Fed would go should it experience a pronounced economic contraction in the future. Back during the Great Recession, US rates were slashed from 5.25 percent in September 2007 to a range of 0 to 0.25 percent by December 2008. In today’s climate, the bank has much less room to manoeuvre its way out of an economic contraction. Either negative interest rates would be the likely result in such a scenario, or significantly expansionary fiscal policy would have to step in to make up for the monetary shortcomings, should the Fed continue to insist on maintaining a zero lower bound on rates. But Goldman Sachs’ chief economist believes a negative-rate environment could well become a reality for the US. Speaking to CNBC, Jan Hatzius did acknowledge the Fed’s current scepticism about implementing negative rates. “That said, several years down the road that debate could also have evolved, depending a little bit on what we see in places like Europe and what the, ultimately, post-mortem verdict is on the effectiveness of that tool.”

And it’s that “effectiveness” that remains under close scrutiny. Do ultra-low interest rates even do what they are supposed to? On paper, lower interest rates are supposed to stimulate more spending, higher levels of investment and greater levels of borrowing. As such, if low rates trigger economic growth, then surely even lower and/or negative rates will expedite growth rates further? But the Bank of England’s (BoE’s) deputy governor for financial stability has observed that the world economy has become increasingly risky as a result of this expansionary trend in monetary policy. Sir Jon Cunliffe said in October that banks and fund managers don’t make healthy returns on investments, while more cash heads towards heavily indebted businesses and larger mortgages.

Indeed, businesses and households continue to amass more debt. The Bank of England estimates that leveraged loans are now globally at a record high of $3.4 trillion, while the global value of negative-yielding sovereign debt amounts to some $11 trillion, which at least is a reduction from the staggering $18-trillion high that was recorded in mid-2019. This could eventually prove catastrophic should a recession emerge. “A ‘low for long’ world is likely to be one with a less resilient and riskier financial system and a more leveraged real economy that, as a consequence, is more vulnerable to macroeconomic shocks,” Cunliffe observed. Households looking to save over the long term, meanwhile, are also unlikely to favour prolonging a negative-rate environment, given how disastrous it is for wealth accumulation. For those who can save even a modest amount, the opportunity to earn anything like a healthy return for their retirement is all but gone.

What’s perhaps most surprising of all, moreover, is that historically, this current era of low rates is nothing out of the ordinary. In his Bank of England paper published in January, scholar Paul Schmelzing found that the current environment of low real rates is actually aligned with historical trends. The author compiled annual global real interest-rate data stretching as far back as the 14th century and covering 78 percent of advanced economy GDP over time. “I show that across successive monetary and fiscal regimes, and a variety of asset classes, real interest rates have not been ‘stable’, and that since the major monetary upheavals of the late Middle Ages, a trend decline between 0.6 and 1.6 basis points per annum has prevailed.” As such, real rates—as calculated by the difference between nominal rates and inflation—could soon enter “permanently negative territory”, Schmelzing finds.

Renowned bearish strategist for Société Générale, Albert Edwards, recently cited Schmelzing’s work in a note to clients, highlighting that “negative real (and even nominal) interest rates are becoming the norm around the world”. This decline into negative territory, therefore, should not be seen as a temporary event caused by the 2008 global financial crisis, Edwards observed. “It is in fact an irreversible multi-century secular trend, possibly dating back to another major crisis—the 14C Black Death! And you thought I was bearish?!”

Is there any way of escaping this negative trend? According to Schmelzing, whose research has catalogued nine real-rate “depression cycles” since the 1300s, a secular decline of real interest rates is followed by sharp reversals. “Within 24 months after hitting their troughs in the rate depression cycle, rates gained on average 315 basis points, with two reversals showing real rate appreciations of more than 600 basis points within two years.” But in most of the previous cases, those downward moves were disrupted by geopolitical events or catastrophes, such as the Black Death, the Thirty Years’ War and World War II, combining both “demographic and geopolitical inflections”. In the absence of such a cataclysmic event, at least in the near future, therefore, history would suggest that negative interest rates are indeed here to stay.

Making a Working Environment Both Flexible And Secure