Top Posts
Western Banks Willing to Accept the Short-Term Pain of Russian...
Why the US Is Ramping Up Its Presence in Somalia...
How Technology Is Helping to Solve Global Supply-Chain Issues
UK Inflation Climbs to Fresh 40-Year High
Extended Reality and the Metaverse Are Leading Financial Services into...
Digital Currency: India’s Move Towards a Digital Financial System
Home Banking Is Argentina’s Economy Entering a New Era?
Banking 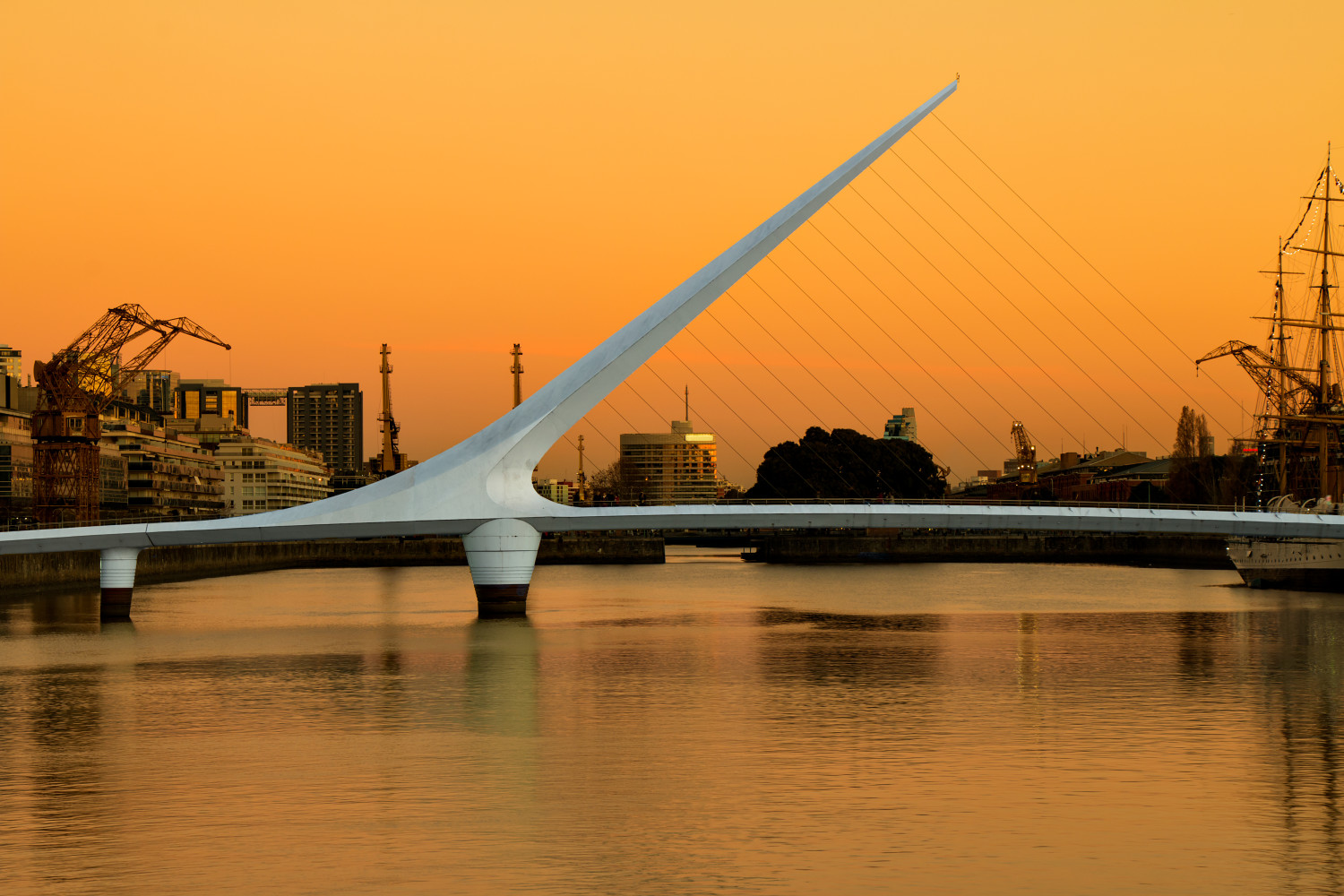 “A new era is coming. One of dialogue, construction and teamwork. I am convinced that if we Argentines unite, we’ll be unstoppable. Let’s go, Argentina!” These were the words uttered by Argentina’s incoming president, Mauricio Macri, during his inaugural address to Congress. From a political perspective, it appears that a new phase in Argentina’s history is dawning, given that Macri’s new centre-right government will be replacing the populist left-wing administration of Cristina Férnandez de Kirchner who, together with late husband Néstor Kirchner who preceded her in power, reigned for 12 years in total. This marked the longest period of rule in the country’s democratic history. In step with the new government, it seems that Argentina’s beleaguered economy is also set to undergo enormous transformation, suggesting that it, too, is also about to enter a new paradigm.

For years, Argentina has been considered the investment pariah of the region, especially in the wake of two sovereign defaults in the last 15 years. Indeed, Argentina’s refusal to pay its creditors on debt issued in the aftermath of the record $95 billion default in 2001, and the legal consequences of this move, have prevented Argentina from accessing international credit markets since then. It also played a crucial role in Argentina eventually going into its second default in 2014. Throughout the Kirchner period, negotiations remained far from being resolved with creditors—mainly hedge funds—due to the incumbent government’s refusal to come to the table. Macri, in contrast, has been quick to voice his new government’s greater willingness to resolve such disputes, explicitly stating his lack of desire to “remain listed as a defaulter” and that “there has been a change on how we look at our debts in Argentina”. Through tough negotiations with creditors, he hopes to once more access foreign capital at lower interest rates, which should in turn help to upgrade Argentina’s credit rating and attract more investment as a result.

Having campaigned on a platform of economic liberalisation, the Macri government has already moved swiftly to implement reforms to stabilise Argentina’s economy and to bring the country back into the global investment community. Argentina’s overall macroeconomic position has been underwhelming over the last few years. While the economy has posted mostly positive quarterly growth figures since 2013, it has been riddled with excessive inflation levels and crippling currency liquidity problems. By December 2015, the incoming government inherited an economy with an estimated fiscal deficit of 7.5 percent of GDP, a hugely overvalued Argentine peso and inflation fluctuating around the 25-percent mark—a small indication of the work required to bring stability to the country once more.

Macri’s first major move was to appoint experienced market-oriented professionals in key public offices in which public confidence had been severely damaged. The Finance Ministry, for example, is now headed by Alfonso Prat-Gay, a former head of the currency research unit at JPMorgan Chase, while the CEO of Shell Argentina is now the new energy minister. The central bank and statistics agency (INDEC) have also seen significant changes in personnel. INDEC in particular was fraught with cases of employees routinely falsifying official economic data, while others were simply sacked for refusing to engage in such practices. The credibility of the organisation had become so badly damaged that at one stage, the IMF (International Monetary Fund) refused to accept INDEC’s data showing inflation at 9 percent, when plenty of independent economists had it calculated at 25 percent. Macri has been quick to authorise an overhaul of the data-collection process at the agency. On the whole, 24,000 state appointments, mainly under Kirchner, are due to be scrutinised by the new regime, in a bid to reduce bloated levels of bureaucratic inefficiency. It is believed that thousands of people were also given effectively made-up government jobs, put on the payroll, but without ever actually showing up to work.

In concert with the central bank, the new government has also been quick to lift el cepo (“the clamp”)—currency controls that were previously designed to shield the central bank’s stock of foreign-exchange reserves. The controls had made it impossible for dollars to be purchased through official mechanisms, which led to the emergence of an informal market that, by December, commanded a per-dollar rate of 14.5 pesos, nearly 5 pesos more than the official rate. This ultimately did untold damage to Argentina’s exporters, who were hamstrung by the overvalued rate, as well as to importers who could not obtain badly needed dollars. Now, according to Prat-Gay, “He who wants to import will be able to do so, and he who wants to buy dollars will be able to buy them”, and has backed up this sentiment by issuing $2 billion in dollar-denominated bonds to importers, which can be used to settle payments for goods that were previously brought into the country.

Although the pain of lifting the controls was visible when the official exchange rate immediately plummeted more than 26 percent to 13.3 pesos per dollar, market panic has since remained muted given the consensus view that such a move has long been overdue. Assuming the exchange rate normalises towards the peso’s “unofficial” trading rate, it is expected that Argentina will slowly start to become more amenable again to both domestic and foreign investment. A free-floating currency will reduce the burden on the central bank to provide liquidity to the previously over-inflated currency, while also allowing badly needed dollars to circulate back into the economy. Furthermore, the new government is in discussion with global banks to borrow in excess of $5 billion to shore up the central bank’s foreign-currency reserves, which were depleted under the currency control system.

Macri has also removed uncompetitive export taxes on agricultural products, including wheat, corn and beef, while cutting the tax on soybeans—Argentina’s biggest agricultural export—from 35 to 30 percent, with the intention of boosting output. The soybean tax in particular caused substantial damage to the industry, forcing the operations of many of the biggest agricultural exporters into neighbouring countries such as Uruguay and Paraguay. Along with the devaluation, the tax relief has already benefited the farmers on Argentina’s Pampas lowlands, who forged an agreement with the new government to sell billions of dollars’ worth of previously accumulated grain stocks. This has also helped to alleviate the central bank’s liquidity shortage. Some of the exiled farmers have even committed to returning to Argentina.

In the interim, however, inflation remains a problem. The devaluation has made imports more expensive, although this is expected to be only a temporary headache. Nevertheless, while exports become more profitable for farmers, the devaluation is eroding salaries and fuelling price increases to match the increasingly expensive imports. In response, however, the central bank has raised interest rates for short-term lending by 8 to 38 percent. Whether this is enough to fully stabilise the peso and to stop prices from spiralling further remains to be seen, but it does indicate the bank’s commitment towards managing the inflation induced by depreciation. Prat-Gay has provided further reassurance by insisting that the central bank will step in if required to prevent a peso rout.

Argentina’s mammoth budget deficit will also quickly need to be addressed, especially now that Macri has cut personal income taxes. Whether this spells a substantial reduction in government expenditure has not been revealed thus far, but this may well be the only solution. Indeed, it seems likely given how quickly Macri has moved to eliminate expensive government-funded payroll inefficiencies. Aspirations for healthy economic growth in the meantime, therefore, may have to be postponed in favour of austerity. Macri’s right-leaning political persuasion will not make this the most surprising outcome, especially as he has already been outspoken about the private sector taking on an increased role at the expense of governmental influence.

Meanwhile, outside of the country, there is quiet optimism over the new regime’s reforms. Credit-ratings agency Moody’s, for example, has said the initiatives taken to date are “broadly credit positive” for Argentina’s sovereign credit rating, currently languishing in junk territory at Caa1, and “should boost the economy in the long run”. Bank of America Merrill Lynch has also raised its recommendation for the country’s bond investments. Additionally, international trade deals are being pursued with the EU (European Union) and the Pacific Alliance, comprised of Latin American neighbours Mexico, Peru, Colombia and Chile, while Macri was the first Argentine president in 12 years to attend the Davos World Economic Forum summit in January, in a further attempt to seek out investment partnerships.

Despite the new government being very much in its infancy at this stage, it is proving to be serious about returning Argentina to the international fold. From a global perspective, perhaps now is the right time for the country to begin sprouting its wings. There does not seem to be any major economic superstars at present—neighbour Brazil is in its worst condition for at least 80 years, China has fallen away significantly, while India is not quite the great new world hope as was previously expected. Now that the US is on a course of monetary tightening, emerging economies across the world will continue to see an exodus of capital that will further constrain economic growth. As Argentina comes back in from the cold, it may not take as much for its economy to establish itself on the world stage as it would have taken, say, five years ago.

Significant challenges lie ahead, not the least in combating the uncompetitive inflation rate, economic stagnation, the inefficient levels of government spending, and the currency volatility expected in the coming months. Perhaps most important of all, however, is the renewal of negotiations with Argentina’s creditors, which are critical in ensuring Argentina can once again tap international financial markets for much-needed financing, as well as restoring the country’s blighted reputation with global investors. With the creditors being commonly labelled as “vultures” within Argentina, especially by the preceding government, Macri has a battle on his hands in not only striking a deal that will facilitate economic normality for the country, but in even obtaining approval for a deal from Congress, which is dominated by opposition party members.

Bloomberg recently estimated that Argentina’s economy will be among the world’s worst-performing this year, with only five out of 93 countries expected to perform worse. Barclays, meanwhile, has forecast a GDP contraction of 1.1 percent this year, although 2017 forecasts have largely been more optimistic, with agriculture and foreign investment expected to drive a recovery. This gives some indication of how challenging the road ahead lies for Macri in 2016. Nevertheless, the obvious efforts to overturn years of economic mismanagement so early in Macri’s tenure must be applauded and, at the very least, be considered as the first much-needed steps towards a new era of stability in Argentina.