Top Posts
Banks Remain Uniquely Vulnerable to Sophisticated Cyber-Attacks
Western Banks Willing to Accept the Short-Term Pain of Russian...
Why the US Is Ramping Up Its Presence in Somalia...
How Technology Is Helping to Solve Global Supply-Chain Issues
UK Inflation Climbs to Fresh 40-Year High
Extended Reality and the Metaverse Are Leading Financial Services into...
Home Banking Asia Commercial Bank: Reclaiming Its Position as One of Vietnam’s Top Banks
BankingCompanies

Asia Commercial Bank: Reclaiming Its Position as One of Vietnam’s Top Banks 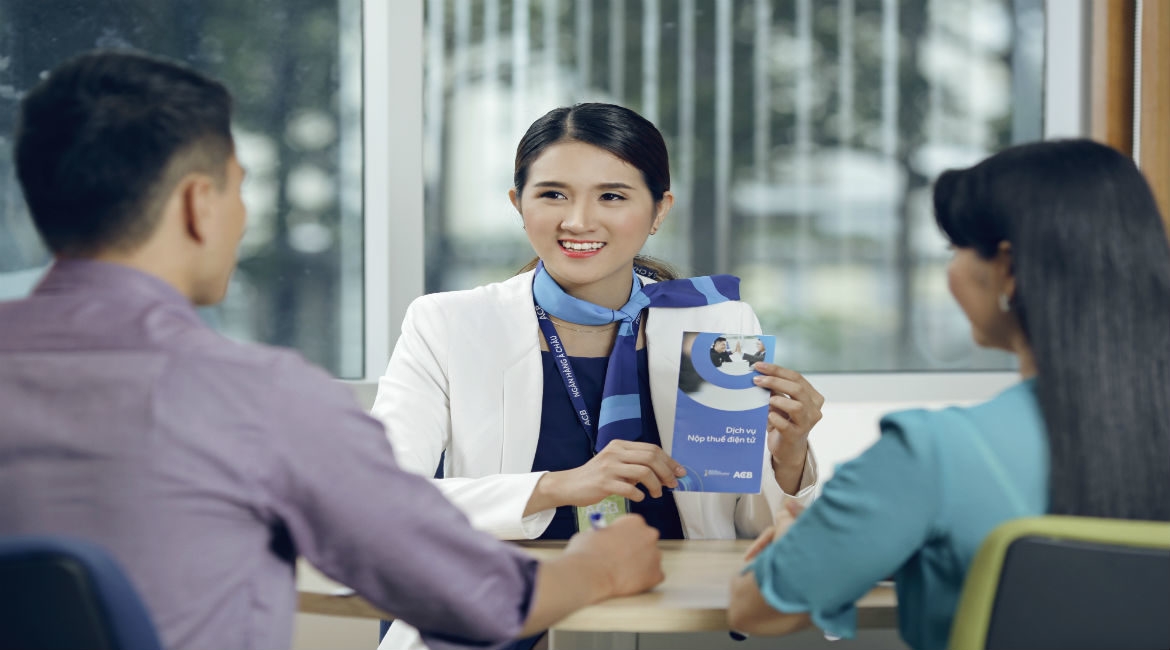 The 2016 full-year results for Asia Commercial Joint-Stock Bank (ACB) are remarkable. For a start, the Vietnamese bank—one of the sector’s leaders—managed to achieve all of its objectives for the year, as per its 2014-18 strategy roadmap. As far as financial performance is concerned, moreover, the 12 months proved to be some of the bank’s very best. For instance, its total assets grew by 16 percent, deposits swelled by 18 percent, and total pre-tax profits were recorded at VND 1,667 billion, a staggering 27 percent more than what the bank achieved in 2015. The results are no less than fully deserved for ACB, a bank that not too long ago was enduring some of its worst times. With those days seemingly consigned to the distant past, however, the bank is now well on its way to experiencing the best of times.

ACB was established back in 1993 and has largely experienced a meteoric rise since then. Along the way, the bank has achieved a raft of milestones. For instance, it was the first private Vietnamese bank to issue MasterCard and Visa international credit cards. In 1997, it managed to implement a two-year training program on banking operations, which was conducted by foreign bankers and banking specialists, in order to ensure the bank was employing the most modern banking practices available. It signed an agreement with the premier UK financial institution Standard Chartered Bank to receive comprehensive technical assistance. And the bank has also been awarded two Labor Medals by the Vietnamese government (in 2006 and in 2008), as well as being recognised by several prestigious institutions as a fine financial institution in Vietnam.

Indeed, every year there appears to be a set of ambitious objectives that the bank keeps managing to accomplish. This has been especially true since 2012, after the bank experienced arguably its gloomiest period, when ACB co-founder Nguyen Duc Kien was arrested on charges of conducting “unlicensed business”, and a depositor run soon after saw hundreds of millions of dollars being withdrawn from the bank’s accounts. Since then, however, it has shown immense strength and discipline to turn things around. Thanks to a long-term strategy that has focused thus far on both fostering and maximising a handful of key competitive advantages—namely, unparalleled customer focus, sustainable financial performance, risk management, business efficiency and ethics—ACB has managed to bounce back to its leading position in Vietnam’s banking sector in spectacular fashion. 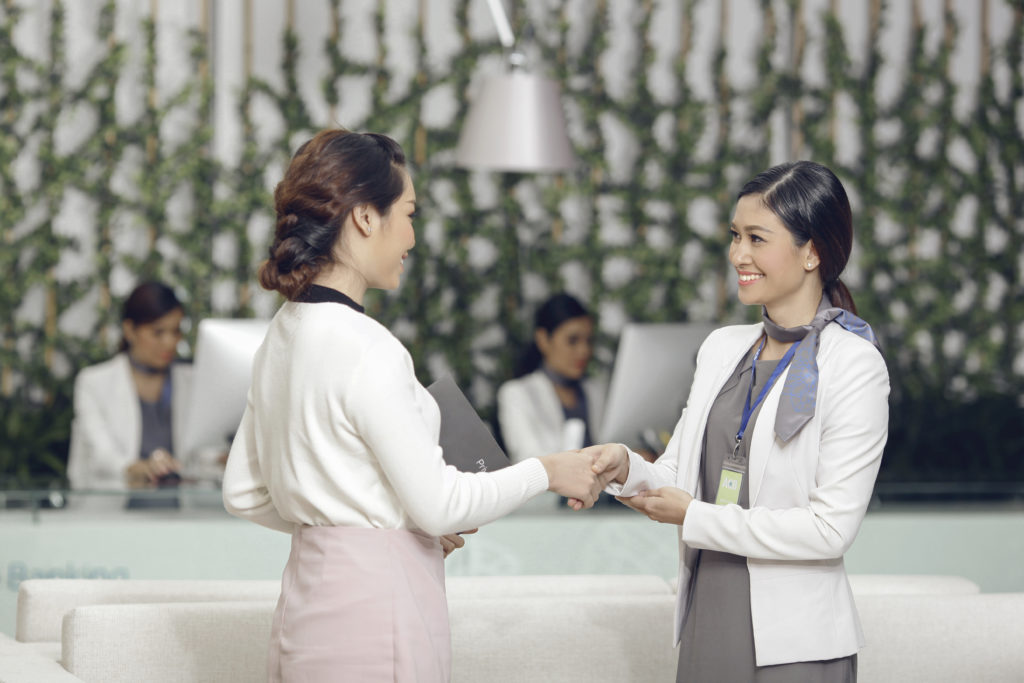 Of course, such a pronounced reversal could not have been attained by ACB by simply carrying on in the same fashion following the August 2012 incident. Instead, the last few years have seen seismic changes taking place, thanks largely to the three-stage development plan that was implemented in 2013. The first stage was rolled out a year later, which largely involved cementing the bank’s competitive position in the market. From this stage onward, it began to apply its legacy-asset resolution schedule as regulated by the State Bank of Vietnam, whilst also establishing its new brand identity and undergoing renovations at its branches, sub-branches and ATMs (automated teller machines). Having mostly realised losses in 2013, the bank returned to positive growth during this first stage, with particularly impressive figures for total assets and profit before tax being posted at the end of 2014. The second stage (2015-2016) was concerned with building the bank’s capacity, as core competencies were built and enhanced, and customized packages and services were designed for specific customer segments in order to enhance competitiveness and better serve the bank’s target customer segments. During this period, the bank’s technology platform was also developed by transforming its core system, as well as making enhancements to numerous IT (information technology) applications. A restructuring of its organisational and operational models was also undertaken.

The final stage, which began this year and is due to be completed in 2018, is focused on positioning ACB once again as a Vietnam banking leader, specifically across key metrics including customer satisfaction, sustainable financial results, risk management, operating efficiency and business ethics. Achieving this will involve continuing to enhance the bank’s competitiveness, conducting more in-depth analyses of customer needs and preferences, and cross-selling products and services to target customers. 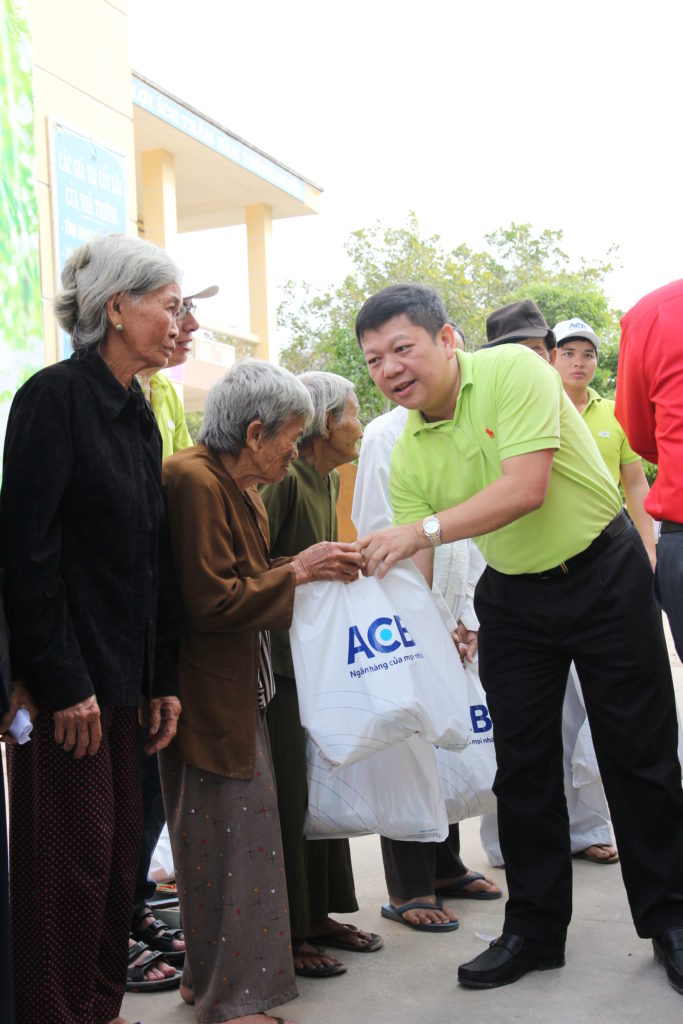 ACB’s organisational overhaul has been particularly noteworthy, with the bank intending to orientate its operations and customer groups in a more stratified manner, as well as focus more sharply on its retail-banking operation, which by the end of last year accounted for 84 percent of total business. With that in mind, it has separated its business structure into three distinct segments: individuals, SMEs (small and medium-sized enterprises) and large enterprises. Indeed, it is clear from the changes outlined the extent to which ACB values its customers, and it is this specific focus that has largely informed the bank’s recovery during the last few years. It crucially recognises the need to ensure that the overall banking experience that the customer receives must be maximised. To deliver such an advanced level of service, therefore, ACB conducts in-depth surveys on customer preferences, from which it can ascertain precisely which products and customer benefits it should develop.

It has identified diversification as one of its key strengths as far as customer service is concerned, and this acknowledgement has facilitated the development of a multitude of channels, including online banking, an extensive ATM network, contact centres and branch counters. Furthermore, between 2014 and 2016, a new version of the bank’s website was introduced, and an ACB mobile app was launched. This heavy focus on diversification has arisen from the recognition that customers today prefer to communicate using a variety of channels, and invariably expect banks to adopt a cutting-edge, innovative approach. The fintech (financial technology) revolution is drastically transforming the way retail banking is being conducted around the world—fortunately, ACB has recognised this trend early and is meticulously adapting its own retail-banking service to deliver a deeply personalised but highly innovative one.

Creating a wealth of alternative channels is now going a long way towards helping ACB’s customers complete their banking tasks from anywhere, at any time, and with the support of a seamless, fully integrated and uniform experience across all channels. As for the products themselves, they have also been diversified in recent years to reflect the diverging needs of its customers. ACB has provided tailored products such as “My First House”—a highly customisable housing-loan program— and “Little Angel-Kid cumulative term deposit” for customers with an accumulation measure to realise all their plans in life.

Additionally, ACB began a renovation programme of its branch infrastructure in 2014, part of its efforts to establish a more customer-centric branching model. The programme falls under the banner of “Feeling-at-home banking”, which emphasises convenience, reliability, personalisation and friendliness. The bank wants the branch-infrastructure programme to represent places of comfort first and foremost, places at which customers can enjoy the advantages of human interaction and bank staff can work closely with customers to meet a variety of their needs. Until now, more than 120 branches and 135 sub-branches have been renovated, and there will be more to come before the transformation is completed in 2018.

ACB’s approach to employee training and human-resources management best exemplifies its commitment to performance excellence. The bank prioritises its staff training by ensuring three broad criteria are satisfied on a consistent basis. Firstly, a complete training programme is implemented to ensure staff are fully equipped to fulfil all of their assigned tasks; secondly, training is also designed with the future in mind, such that staff are adequately prepared to accomplish their upcoming roles and responsibilities; and finally, specific training can be chosen by staff with the aim of helping them to advance in the career paths of their choosing, as agreed by mutual consent between themselves and their direct-line managers. Much of ACB’s training within the last year has been moved to its e-learning platform, with the first half of 2017 recording 59 percent of total learning hours being delivered by such means. The bank has also recently cultivated a “blended” learning model by expanding its range of training methods and activities, via an expansive range of learning channels and media, while the ACB Learning Hub provides staff in remote locations with the opportunity to engage in distance learning.

In addition to maximising shareholder value, customer service and the employee experience, ACB considers its responsibility to the community to be equally as vital. The bank approaches its CSR (Corporate Social Responsibility) activities by aiming to achieve objectives that are closely linked to its overall business strategy, and they tend to fall into two broad categories: education and caring for disadvantaged people. Last year, more than VND 8 billion was spent on such community activities, and notably included one of its flagship social-activity programmes called “I love my life journey”, which has been held across the country during the past few years. The initiative involves providing blood donations in Ho Chi Minh City, Hanoi Capital, Can Tho City and Da Nang City; as well as medical assistance, medical examination and the provision of medication for the poor in certain provinces. Moreover, ACB often conducts its CSR activities in concert with local humanitarian organizations such as associations for the blind. Overall, ACB’s 18 “key activities” are widely distributed across 21 of the country’s provinces and receive deserved support from customers, shareholders and investors to ensure they succeed in improving Vietnamese society in one way or another.

By the end of 2017, ACB will very likely have completed the lion’s share of its strategy roadmap, and thus will have gone a long way towards achieving sustainable growth for the coming years. Thanks to a rigorous, well-disciplined and well-executed turnaround strategy, the bank has confounded expectations with the sheer speed and force of its recovery. As such, ACB is very close to being able to once more declare itself to be a leading bank in Vietnam.

Indeed the turnaround at ACB is impressive! I could not find any mention of whether any initiatives were taken to strengthen risk management there — especially Compliance and ORM. Could ACB elaborate on such initiaves if any were undertaken? Thanks.