Top Posts
Challenges Remain, But There Are Opportunities to Be Had in...
Interview with Mr. Olukayode Pitan, Chief Executive Officer and Managing...
Commodities Outlook for 2023
The Value of Cash in a Time of Crisis: How...
The US-Africa Leaders Summit: Fostering a Closer Relationship with the...
Three Key Sectors in Which to Invest in 2023
Home Banking Asian central bank roundup
Banking 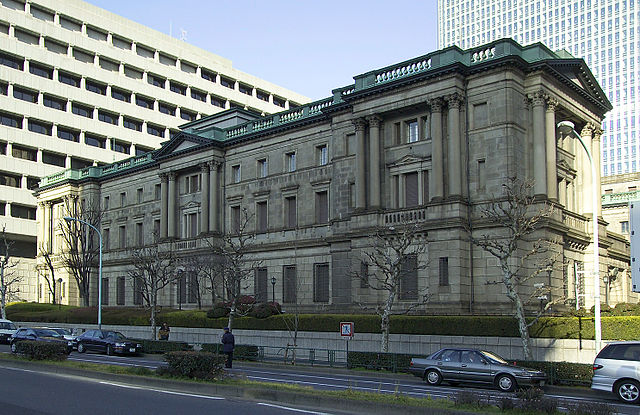 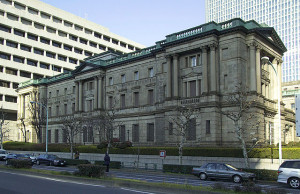 The Bank of Japan has avoided officially stating that inflation could rise following a recent review, instead the BOJ have said that they were on target to reach their fiscal goals and would maintain this as long as required. It is thought that Japan could raise inflation in two years by 2% and the Bank of Japan aims to double base money via asset purchases in order to lift inflation by the 2%.

The BOJ have revised their economic growth forecast signifying that the world’s third largest economy may continue to grow at a rate far greater than expected. This is in spite of a sales tax increase being introduced next year. The forecast for the 2014 fiscal year for economic growth was raised by 1.5 per cent from next April.

In their quarterly report the Bank of Japan forecast core consumer inflation remained at 1.3 for the fiscal year 2014 and at 1.9 per cent for 2015. These figures do not take into account the increase in sales tax.

The sign that Japan is confident with its forecast is a worry for some economists; the prevailing feeling is that the Bank of Japan may be placing tooo much confidence in the government initiatives which are intended to offset the sales tax rise, from 5 per cent to 8 per cent next April. It is thought that even some economists in the Bank of Japan have reservations. The Chief Economist of Societe Generale Securitites stated “The BOJ is being too optimistic given there will be a sales tax hike and could be forced to downgrade these numbers later”.

The Chinese Central Bank has tried to offset the recent criticism of poor communication by publishing information on their recently introduced liquidity management tool. This latest initiative is an attempt to offset the cash squeeze in June this year which worried global markets, by becoming more transparent.

According to the People’s Bank of China, under their short term lending policy, loans outstanding fell to 386 billion yuan (HK$487.2 billion) in September from 410 billion yuan in August. The policy, launched in January of this year allowed commercial banks to borrow for a period of one to three months. This initiative was modeled on the European Central Bank’s marginal lending facility, the Bank of England’s operational standing facility and the United States Federal Reserve’s discount window.

Up to recently the People’s Bank of China published information quarterly on their short-term lending provision. The bank has now made the commitment to publish the information on a regular basis via its website, giving participants a clearer view of the money supply.

The Bangladeshi Parliament has approved a law which brings the innovative Grameen Bank under closer central bank supervision. The law which was passed this week gives the Bangladesh Bank greater powers over Grameen and is similar to the central bank’s powers over Bangladesh’s regular banks. Grameen must refer to the government regarding any major policy decision. The 12 board members who ran the Grameen Bank previously had a wide authority in the management of the bank. The new law also requires the retirement age for the managing director to be changed to 60 and a regular audit of the banks activities must be carried out with the findings presented to Parliament. The law also allows the bank to increase its capital but the government’s 25 per cent share remains the same.

The move has angered Grameen’s founder Nobel laureate Muhammad Yunus. Yunus was awarded the Nobel Peace Prize in 2006 for his initiative in extending small loans to the poor in order to reduce deprivation and poverty. Its 9 million borrowers consist of mostly women. Yunus and the government have been at loggerheads regarding the banks management and when the country was under a state of emergency in 2006 to 2008, Yunus failed in an attempt to launch a new political party.

In 2011 the High Court ruled that 73 year old Yunus had violated the retirement laws by remaining in office as managing director past the age of 60. Yunus was then ousted from his position and he has persistently decried the government for trying to “destroy” the bank, an allegation that the government denies.

Earlier this year Yunus was accused by the government of tax evasion regarding overseas income. The main allegation was over payment for conference and awards speeches and book royalties. Yunus denies these charges and has stated that he has always acted lawfully and supporters claim that the charges are politically motivated.

The Central Bank in India has announced that foreign banks will be allowed to set up “wholly owned subsidiaries” which will enable them to open branches across the country. In order to do so, the subsidiaries will be required to have a minimum capital of 5bn rupees ($80m; £50m). The announcement has been warmly received by foreign banks who have wanted to raise their retail presence in India, which has a population of nearly 1.2 billion people. In the past foreign banks faced rigid regulations in particular, the amount of branches they could open.

According to the Reserve Bank of India the new rules allows foreign banks to open branches “at par with Indian banks”. However, branches in “certain locations that are sensitive from the perspective of national security” will still require permission from the Central Bank. The bank also announced that it will consider allowing foreign companies to own up to 74 per cent of a domestic bank and introduce takeover rules to allow this to happen. However, the bank stated that a review will be launched before this initiative is launched. It said the review will look at “the extent of penetration of foreign investment in Indian banks and functioning of foreign banks”.

Demand from the housing market continued to be strong in Malaysia for the third quarter, despite increased costs in labour and materials. Bank Indonesia reported that during the period from July to September house prices accelerated in the third quarter as demand remained strong.

The price index tracks the prices of houses and apartments across 14 major cities in Malaysia. It showed that the index has risen by 12 per cent, year on year in the second quarter. Bank Indonesia published a statement last week which stated “The trend of increasing house prices remains strong due to high demand from consumers”. They said that in the fourth quarter they expected this trend to continue.  “Factors that contribute to the price hike are an increase in building material prices and in wages” added the central bank. However, Bank Indonesia said that despite the rise in the market, sales remain robust quarter on quarter and there has been a 40 per cent increase in the volume of sales. 76 per cent of buyers finance their purchase by bank mortgages with 14 per cent paying in installments and 10 per cent paying cash. The rise in mortgage lending of 274 trillion rupiah quarter-on-quarter, a 5.6 per cent increase was much faster than the 0.2 per cent rise of overall loans over the same period.

South Korea’s central bank may freeze the key interest rate due to tame inflation and economic recovery, according to a poll this week. In a survey by  20 analysts from Yonhap Infomax, the financial news arm of Yonhap News Agency, they all concurred that the Bank of Korea seven-day repo rate benchmark will remain unchanged from 2.5 per cent. Ma Ju-ok, an economist at Kiwoom Securities Co said “The BOK is likely to freeze the policy rate for a considerable period of time”. He added “The local economy is showing signs of recovery, but external economic uncertainty persists.”

There was a 1.1 per cent increase in the economy in the third quarter which surpassed market expectations. However, some economic data suggests that economic growth in South Korea remains weak. Whilst the country’s exports grew to a new monthly high in October of 50.5 billion, its industrial output reduced by 2.1 per cent for the month of September. The overseas shipment figures remained strong despite the won being pressurized against the dollar and the invasion of foreign capital.

The Central Bank Governor in Thailand, Prasarn Trairatvorakul has stated that the country’s instability and political problems have affected the confidence in the tourist, consumer and business sectors. However, he added that the bank will endeavor to uphold liquidity despite increasing risks to the economy. He said he was worried by the planned protests by civil society factions regarding the amnesty bill and the International Court of Justice verdict on the Preah Vihear case, which is a long running disagreement between the country and Cambodia. He went on to explain that the initiatives taken by the government has introduced distrust among the people.  He stated “People’s lack of confidence weakens the government. It should understand the real situation and accept the causes of the problems.”

The Senior Deputy Governor of Bank Indonesia stated this week that “On interest rate policy … basically we still maintain the tight bias policy”. Speaking at an investment conference he added that although the country has high imports he is happy with the current interest rate. The bank has recently issued guidelines to banks regarding loan growths of between 15 and 20 per cent in 2014. Mirza told the conference “We don’t want to be complacent because we think imports are still (rising) a bit too fast”. It was predicted that Indonesia will hold its benchmark rate at 7.25 per cent at their monthly interest rate meeting.

The international Monetary Fund has stated that Pakistan will need least $76.19 billion, or 30 per cent of its GDP each year, as a minimum to pay off its maturing debt. The country is the top of the league of the 27 indebted developing countries. 29.9 per cent of GDP is required in the fiscal year 2013-14 to pay off its debts. Even though Pakistan’s economy stands at $247.62 billion in September the IMF approved a $6.7 billion loan to enable the country to revitalize its ailing economy. This loan comes with a proviso for economic reform, and in order for the loan to be approved the government sent out some 10,000 notices regarding unpaid taxes.

The People’s Bank of Pakistan has also announced that it will invest in China’s interbank market joining an increasing number of central banks who are investing in this market. The agreement follows the bilateral Currency Swap Agreement between the two central banks. With Pakistan’s access to the Chinese Bond Market it will now enable the diversifying and optimal management of Foreign Exchange Reserves.

Your Customers and Employees are Going Mobile. Are you?

Theatre and the Great Outdoors