Top Posts
Challenges Remain, But There Are Opportunities to Be Had in...
Interview with Mr. Olukayode Pitan, Chief Executive Officer and Managing...
Commodities Outlook for 2023
The Value of Cash in a Time of Crisis: How...
The US-Africa Leaders Summit: Fostering a Closer Relationship with the...
Three Key Sectors in Which to Invest in 2023
Home Banking Assessing Ireland’s Ongoing Banking Sector Recovery
Banking 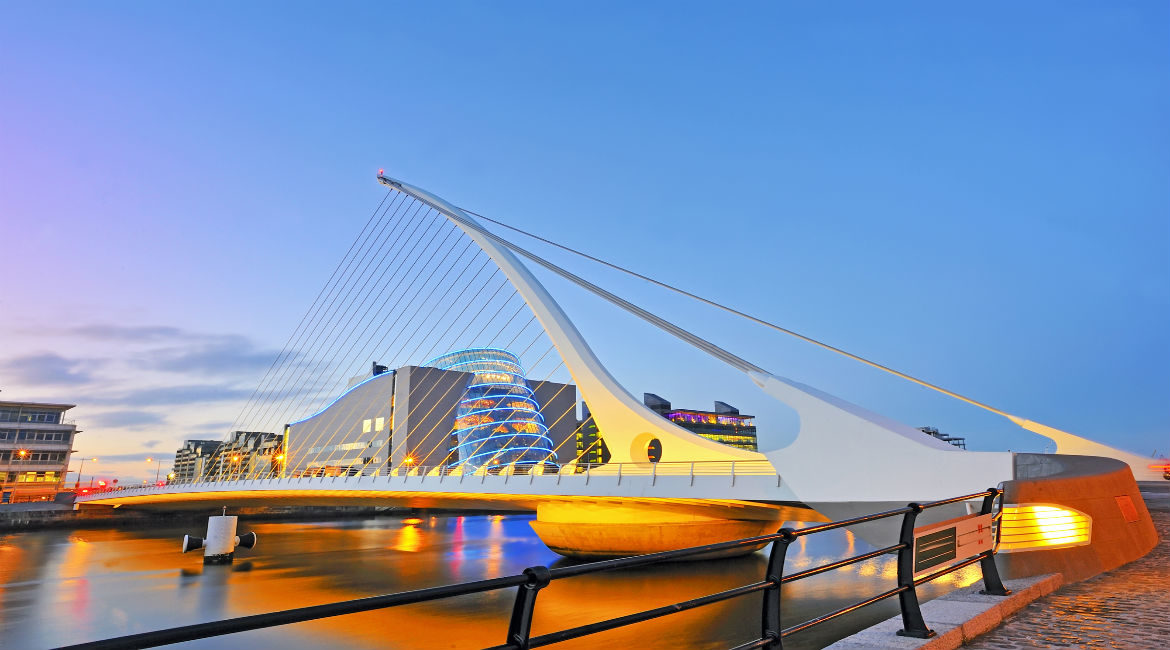 Around the turn of the year, credit-rating agencies Fitch and Moody’s both upgraded their outlooks for Ireland’s banking system. Their favourable views were largely based on the expectation of improving credit fundamentals in 2016 and 2017, with Moody’s also pointing to the 6.2-percent increase in Ireland’s real GDP (gross domestic product) and the expected 4-percent rise this year. From a macroeconomic perspective, therefore, Ireland is distinctly outperforming its Eurozone neighbours, which will go some way towards aiding the recovery of its banking industry.

The improvement in outlook from the credit-ratings agencies has been welcome news for Irish banks, which were among the very worst afflicted in the aftermath of the 2008 global financial crisis. A massive property crash back then was the touchpaper that left the country’s banking system requiring the biggest government bailout of all Eurozone members. Indeed, the three-year sovereign bailout that transpired, which was implemented on the basis that no bank be allowed to fail, required nearly $70 billion of taxpayer funds. A culture of insufficient risk management, lax industry regulation, banking malpractice and poor responsive measures from the central bank and the government combined to exacerbate the fallout for the country’s lenders during this time, which saw their credit ratings slide to sub-investment grade.

Since those dark days, Irish banking has made significant strides towards restoring its reputation. European Banking Authority data has shown that Irish banks have laudably managed to cut their stocks of nonperforming loans, with 15 percent of all bad debt being removed during the first half of 2015. Banking regulation, moreover, has been completely overhauled to ensure that a repeat occurrence of the crisis is wholly unlikely, with the country’s head financial regulator, Cyril Roux, describing the current regulations as having little in common with the previous regimen.

Nevertheless, much of the recovery work still lies ahead for policymakers. Economic and financial conditions in the Eurozone are currently stagnant, which is creating a sizeable delay in the sector’s recovery. Furthermore, asset quality remains weak at Ireland’s banks, with a high proportion of defaulted (but not necessarily impaired) and restructured loans still looming on bank balance sheets.

The Economic and Social Research Institute (ESRI) has also recently warned that continued state involvement with Ireland’s banks, particularly through direct ownership and increased regulatory control via the central bank, is constraining the sector’s recovery. ESRI believes that this involvement is acting as a disincentive to outside credit institutions and has alluded to the sale of a part of the government’s near total ownership in Allied Irish Bank (AIB) as being particularly needed. Ireland’s finance minister revealed last month, however, that this planned IPO (initial public offering) is unlikely to happen this year, whilst the Programme for Government also disclosed that no more than 25 percent of its stake will be sold before 2019.

Just when Irish banks might consider themselves over the worst of it, moreover, they are likely to suffer considerably as a result of the UK’s decision in late June to leave the European Union. Ireland’s economy has high exposure to its neighbour, which means that its banks should expect Brexit to adversely impact asset quality and capitalisation metrics. Indeed, the immediate fallout from the decision was considerable, as it was for the majority of financial markets. By the end of June, €2.7 billion from the Bank of Ireland’s market value had been wiped out, with the bank continuing to trade around 50 percent lower than at the start of the year. €300 million was also wiped from Permanent TSB.

The ultimate impact of Brexit on Irish banks is likely to be ascertained once the uncertainty over the UK’s political and economic fate is alleviated, particularly those matters pertaining to its trade agreements. According to Fitch, the weakening of the UK’s operating environment, “triggered by a potential slowdown of growth in the UK, sterling depreciation, and potential future trade barriers, will only become clear as the EU-UK negotiations develop”. Fitch has also pointed to a decline in UK property prices as having potential to cause harm to Irish lenders, with Bank of Ireland being particularly vulnerable. UK retail mortgages and commercial real estate loans make up 44 percent of the lender’s overall loan portfolio. AIB, however, is more protected, Fitch noted, as the bank is “less exposed to a downturn in the UK’s operating environment because the UK represents a lower 16 percent of its lending”. That being said, Ireland could indirectly benefit from Brexit, with many foreign banks with branches currently located in London debating whether to move offices—and with Dublin being commonly posited as a suitable alternative.

While much still needs to be done before confidence in Ireland’s banking system is fully restored, it should be emphasised that the worst of the sector’s woes has now been and gone. Given the increasingly challenging headwinds that Ireland is now likely to face, especially given the continued weaknesses in the UK and Eurozone economies expected in the coming months, an acceptable level of recovery, however, still remains some way off.