Banca Monte dei Paschi: Is This the Final Chapter for the World’s Oldest Bank? 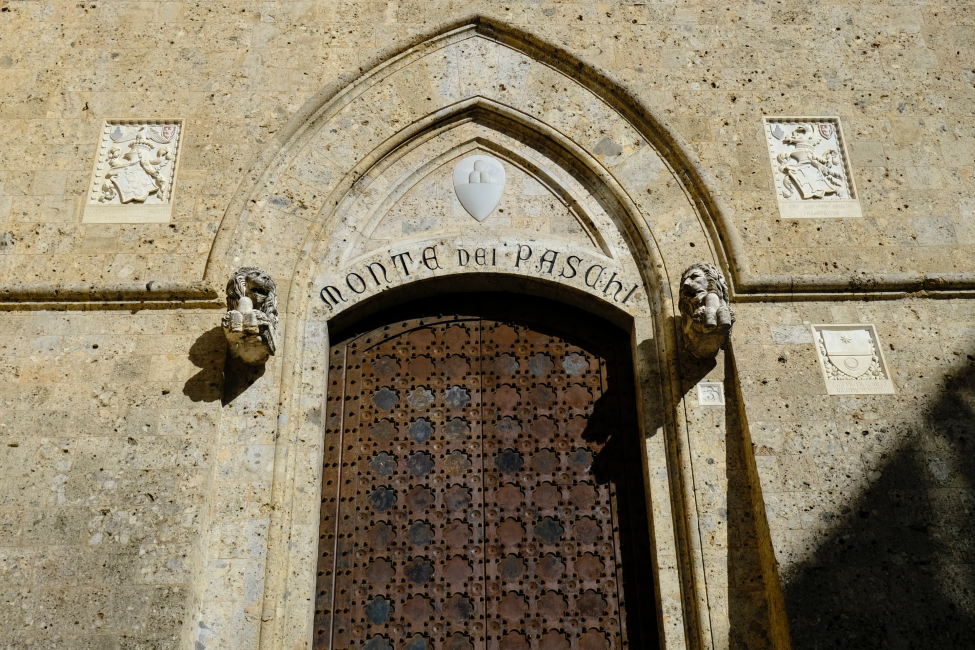 It is widely known as the world’s oldest lender, with more than 500 years of financial business conducted from its Tuscany, Italy, headquarters under its name. But with the last decade proving to be the most tumultuous in its long, illustrious history and with a deal to divide it up now in its advanced stages, Banca Monte dei Paschi di Siena SpA (MPS) looks set to wind up the final chapter of its troubled existence, particularly after the bank’s hometown of Siena’s local election has been concluded.

Regulators have given the Italian government—which holds a 64-percent stake in MPS, obtained as part of its 2017 bailout of the lender—until the end of the year to conclude a deal for the long-troubled Siena bank. Negotiations, which first commenced in July with UniCredit (Italy’s most systemically important global financial institution), are expected to soon draw to a close, with the Milan-based lender set to acquire the most viable assets of MPS.

According to a recent analysis by S&P Global Market Intelligence, UniCredit’s takeover of Banca Monte dei Paschi would create Italy’s biggest bank by assets, with the combined entity’s pro forma assets as of June 30 amounting to a hefty €1.096 trillion, surpassing that of the current largest bank in Italy, Banca Intesa Sanpaolo SpA. In research published on September 24, S&P also noted that the pro forma net loans of the combined entity would also be the largest among Italian lenders at more than €600 billion. “At current levels, the combined entity would have in excess of 100,000 full-time employees and more than 5,000 branches, the vast majority of which are in Italy. UniCredit’s branch network is more than double that of Monte dei Paschi, and it employs more than 80,000 full-time staff, while Monte dei Paschi has over 20,000 full-time staff.”

But negotiations were all but put on hold to allow for local elections in many Italian cities, including in Siena, where a vote to fill a vacant parliamentary seat was won by Enrico Letta, the secretary of the centre-left Democratic Party (PD); this election result will likely influence the business plan that new UniCredit chief executive officer, Andrea Orcel, will present in November. “Employment, avoiding a break-up, preserving the (MPS) brand and a presence of the State in the economy are the key pillars we want the government to stick to in finding a solution for MPS,” Letta said, as the return of the city’s historically largest employer to private hands remains a decision fraught with much political contention. The bank has also recently closed 50 branches as part of its restructuring agreement with European Union (EU) authorities through 2021, with a letter from MPS to unions stating that the closures would see 70 staff being cut and reallocated within the bank’s network out of the total 843 affected by the decision. “We are open to UniCredit but not at any cost,” Letta told US political publication Politico prior to his election victory.

Both UniCredit and MPS have made significant progress in offloading the large volumes of bad debt sitting on their balance sheets for years. According to figures from S&P Global Market Intelligence, UniCredit was able to trim its nonperforming loans (NPLs) from €75.2 billion in the second quarter of 2016 to €21.5 billion in the second quarter of 2021. MPS, meanwhile, cut its NPL book from €45.3 billion to about €4 billion over the same five-year period, thanks mainly to the Project Hydra securitization deal completed in February. The deal enabled MPS to offload a significant proportion of its bad loans to the state manager of the NPLs, AMCO – Asset Management Company; indeed, the bank’s NPL pile was still at a substantial €11.4 billion by the end of the third quarter of 2020, before the completion of the deal. “The recent Hydra transaction was the final test of a long de-risking process,” MPS chief executive officer, Guido Bastianini, told analysts during the Italian lender’s fourth-quarter earnings call.

But despite discussions between the government and UniCredit originally being slated to end on September 8, negotiations remain ongoing, with talks reportedly centred on a specific subset of profitable MPS assets that include about four million customers and business activities located in Central and Northern Italy. The government is also reportedly willing to inject €1.5 billion into MPS, although some sources believe UniCredit wants more than the €2.5 billion that MPS has promised to raise in 2022 if it fails to find a buyer. More recently, reports have emerged that the Ministry of Economy and Finance is mulling the possibility of pumping €5 billion of new funds into MPS via a rights offer that would provide minority shareholders with withdrawal rights. This would ultimately mean the government will provide a larger financial contribution to satisfy the terms required by Orcel for his bank to proceed with the acquisition.

UniCredit has stated in no uncertain terms that it will not take on any of the MPS bad loans, estimated to be worth a whopping €4.2 billion, and that its own capital must remain unaffected. Instead, the loans will be absorbed by AMCO, thus adding to the €7.1 billion worth of toxic loans it relieved MPS of last year to prepare for the lender’s sale. UniCredit also previously confirmed that any agreed deal would enable it to offload MPS loans it deems too risky and in danger of turning sour, also known as Stage 2 loans. However, unnamed sources, as reported by Reuters, have said that the bank is working on a strategy to further de-risk more than €11.8 billion of such MPS loans and will thus be shielded from their potential damage. MPS held some €15 billion in Stage 2 loans at the end of June, including 43 percent of loans under moratorium and 27 percent of loans guaranteed by the state under emergency measures deployed to counter the COVID-19 crisis.

Bloomberg News also reported that the initial framework agreement does not include Monte dei Paschi’s legal risks, and the government will retain some 300 branches, leasing, factoring, capital services and a portion of the corporate centre. And although both parties are tentatively planning to announce the deal alongside UniCredit’s quarterly earnings announcement on October 28, sources say that UniCredit could still reject the agreement should the government’s final proposal not align with all the conditions agreed upon back in July.

Should a deal be thrashed out, however, some analysts anticipate a wave of banking-sector consolidations to be triggered across Italy, as other rivals attempt to keep up with the newly formed UniCredit-MPS behemoth. “Smaller banks will have to react if they want to be relevant and compete with the two largest banking groups in the country,” Marcello Messori, professor of European economy and economic governance at Luiss University in Rome, told the Financial Times in late September. Milan-based, mid-sized lender Banco BPM is considered among the most likely to drive consolidation. “BPM’s management would like to find a solution for the bank and not remain a takeover target for too long,” the FT quoted an investment banker involved in multiple ongoing talks.

UniCredit will also take on the ailing lender’s corporate identity, according to recent reports, although it remains unclear whether it will continue to do business under the Banca Monte dei Paschi name over the long term.

Is Your Bank’s Client Portal Prepared For The Upcoming SWIFT Changes?

Afghanistan: The State of Banking Under the Taliban

The Troika of Money Laundering, Sanctions and Corruption—Ongoing...

Striking a Balance between Effectiveness and Efficiency in...

Why the Global Minimum Tax Matters for Global...

Minority-Owned Banks in the United States...