Top Posts
Commodities Outlook for 2023
The Value of Cash in a Time of Crisis: How...
The US-Africa Leaders Summit: Fostering a Closer Relationship with the...
Three Key Sectors in Which to Invest in 2023
Three Key Stocks in Which to Invest in 2023
Liquidity Management: A New Challenge for Banks
Home Banking Banco Angolano de Investimentos: Staying Positive through the Negatives
BankingCompanies 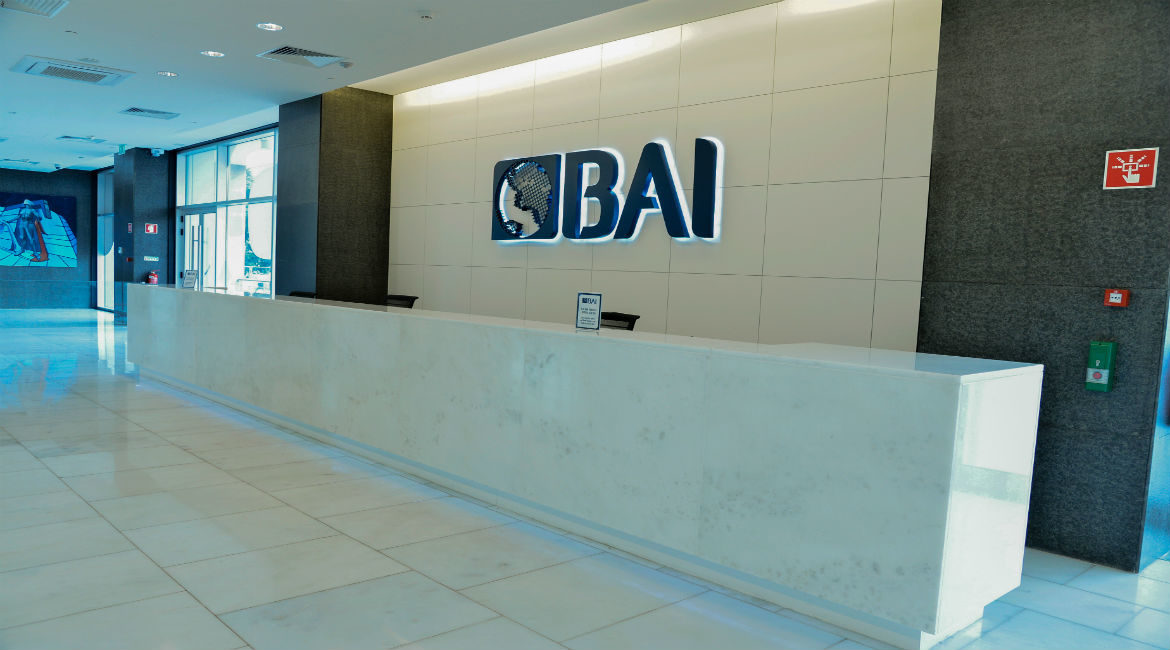 Over the last few years, the collapse in global oil prices has taken a heavy toll on Angola—Africa’s second-largest oil exporter. Given that the country’s crude-oil production constitutes 47 percent of Angola’s gross domestic product (GDP), 98 percent of its export earnings and 75 percent of government revenues, the drop in global oil prices from around $112 per barrel in 2014 to just $26 per barrel in early 2016 has sent the Angolan economy hurtling into a deep recession from which it has not yet managed to escape. Not only did Angola’s economy begin to contract, moreover, but the country has also suffered from a worsening of its fiscal balance, a decline in foreign reserves, a major devaluation of its currency (Angolan kwanza or AKZ) and unsustainable rates of inflation. 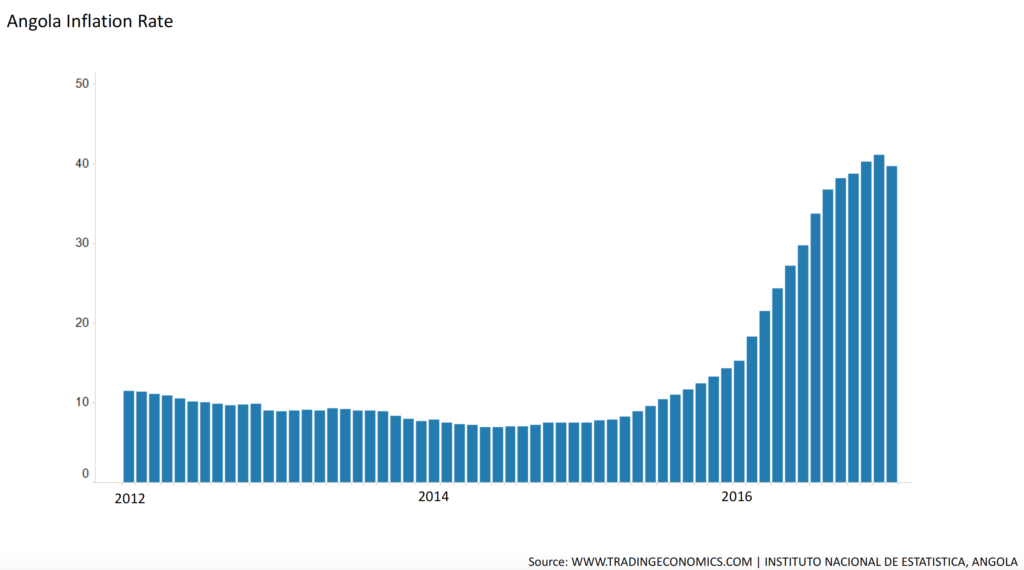 As such, Angola’s banking system has experienced a long and sustained deterioration in operating conditions. In November, analysis from leading consultancy firm Deloitte revealed that by the end of 2015, overdue loans in Angola’s commercial-banking sector had reached a staggering AKZ 355.6 billion (USD 2.133 billion). The year also saw provisions for loans at banks increase by 107 percent—a stark reflection of the country’s slumping credit environment.

Despite such challenging conditions, however, Banco Angolano de Investimentos (BAI) managed to generate strong financial results, and thus continued to markedly differentiate itself from the majority of its banking peers in the country. By the end of 2015, BAI had delivered net-income growth of 20 percent over the previous year. What’s more, the bank generated a 1-percent increase in profitability, with return on equity registering a respectable 13 percent for the 2015 financial year. 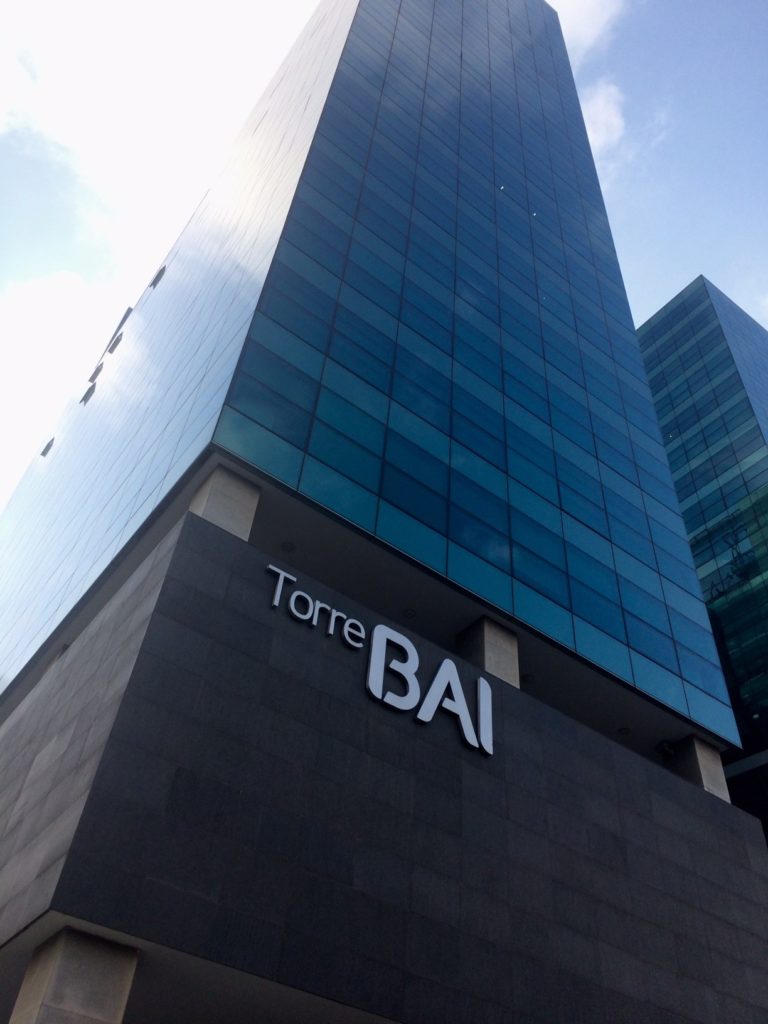 BAI was founded in 1996 as Angola’s very first private bank. It was initially called Banco Africano de Investimentos, before it underwent a name change in 2011. In the space of 20 years, the bank has consistently registered strong, organic growth, becoming one of the biggest and most respected financial institutions in the country along the way. Today the BAI brand can be seen across 144 points of service in Angola, including 11 business service centres, nine posts, two premium services centres and one electronic channel (BAI Direct).

BAI specifically excels as the premier lending entity for Angola’s business enterprises, with 70 percent of the bank’s dealings originating from the corporate sector. Indeed, commercial banking is BAI’s primary business area and represents the source of greatest value to the bank. The bulk of BAI’s business to the “companies and institutions sector” takes the form of loan-concession transactions and resource-related funding, with credit, project financing and foreign trade proving to be particularly high-value services. By the end of 2015, the number of BAI corporate customer-service centres around Angola had risen to 11, which helped the bank to support the dramatic rise in client numbers experienced during the year, to 38,593 (from 30,597 in 2014).

BAI also has a thriving retail-banking operation, which mainly involves loan-concession transactions and resource funding for private clients. That said, all major customer segments are addressed by BAI’s retail-banking division, including companies and individuals—both of the affluent and mass-market type. By the beginning of last year, BAI’s individual-sector deposit portfolio was recorded at AKZ 250,468 million, which accounted for a hefty 27 percent of the bank’s total deposits. It was also higher than the AKZ 236,314 million that was posted for the previous year, underlining BAI’s commitment to growth and diversification in this sector. Having access to a network of 130 service points—73 of which are located in Luanda—certainly helps the bank’s customers in this regard. When it comes to providing a service for the individual customer, moreover, a highly differentiated approach is taken, based on each person’s specific needs. In turn, this allows the bank to refine its offerings and create a highly tailored proposal of value for each and every client.

Another of BAI’s flagship sectors is bancassurance—in which a range of insurance products are marketed within BAI’s distribution channels. The bank delivers this service in conjunction with the New Insurance Company of Angola (Nossa Seguros), an entity exclusively focused on the activities of direct insurance and reinsurance, and one in which BAI has a controlling stake. Bancassurance is a growth industry and is allowing BAI to expand its suite of products for its clients; provide simplicity, speed and convenience for those existing customers who are seeking to obtain insurance solutions; and also provide transparency and speed in the resolution of claims.

BAI has also made giant strides in its electronic-banking capabilities, which underpin all of the bank’s major business segments. In recent times, much effort has gone into producing ground-breaking, tech-savvy solutions for its customer base, with those solutions largely being delivered via its electronic channel BAI Direct. Most involve the use of Internet and mobile banking, while a 24/7 BAI hotline has also been set up in order to provide an unparalleled level of customer service and support. 2015 saw a 53-percent increase in the number of customers adopting BAI’s electronic services.

Much of the bank’s recent success can be credited to its CEO, José de Lima Massano, who is widely considered to be one of the very finest bankers in Angola. Indeed, it is Mr Massano whom many view as being the pivotal figure in helping BAI become Angola’s biggest private bank, as well as in driving BAI’s expansion beyond Angola’s borders. Today, one can observe BAI’s international footprint in Portugal through its subsidiary Banco BAI Europa; in Cape Verde through Banco BAI Cabo Verde; and even in São Tomé and Príncipe through its modest stake in International Bank of São Tomé and Príncipe. Mr. Massano’s highly decorated résumé includes a fruitful period as governor of Angola’s central bank between 2010 and 2015, and also a short stint as president of the Angolan banking association, Associação Angolana de Bancos, in 2006. He was also BAI’s CEO from 2005 to 2010, before again being appointed to the lead role 10 years later.

In addition to his breadth of banking experience, Mr Massano has sought to transform the cultural fabric of BAI. His influence has resulted in significantly heightened performance by the bank, financial and otherwise. He has improved communication channels throughout the organisation; inspired greater empowerment throughout middle-management staff; and renewed the bank’s financial performance whilst ensuring the bank has a greater awareness of responsible risk management. His pro-active, hands-on attitude and his ability to engage with a wide range of personnel within the bank have enabled the entire organisation to be keenly focused on achieving its goals in a truly collaborative manner. During his tenure, for instance, a new head office building was opened on March 22, 2016. This crucial enhancement to BAI’s infrastructure has allowed the bank to centralise key departments that were previously located across several different buildings, and has thus comprehensively improved efficiency within the bank, as well as greatly helped to standardise and clarify BAI’s banking culture.

BAI is also aware of the need to attract and retain high-quality personnel in order to maintain its market-leading position within Angola. The recruitment, retention and development of the bank´s human resources are considered to be of fundamental importance in order to maintain its culture of high performance. With this in mind, the bank has invested just over USD 50 million to establish an academy for employee training, in which a multitude of in-house programmes and vocational incentives for professional development can be accessed by staff.

When taking a look at BAI’s corporate-social-responsibility (CSR) policy, it quickly becomes evident that the bank gets wholeheartedly involved in many important initiatives across a diverse range of societal areas. Indeed, health, education and culture in Angola are all supported by BAI’s CSR initiatives. For instance, the last few years have seen the bank’s significant participation in the TISA project, which seeks to instil the power of information technology in the classroom. Through BAI’s support for the programme, many schools have been able to gain access to some of the latest and most exciting multimedia available; and as such, children are being equipped with education in digital technology from an early age—a skill that is sure to be of vital importance as the world becomes ever-increasingly technology-dependent.

On the health front, the bank has provided crucial financial assistance. Through the BAI Foundation—the bank’s not-for-profit organisation—funds were provided to help construct the emergency room of the Hospital Pediatrico David Bernardino in capital city Luanda, while the bank has also donated money to build a new section in the Luanda’s Pediatrics hospital for heart treatment. In addition, the bank is a proud partner of several institutions that are dedicated to fighting HIV and AIDS. Elsewhere, BAI has a keen interest in arts and sports. For the last 17 years, the bank has organised an annual art exposition to celebrate Angolan culture; while in 2015, it provided crucial assistance to the Angolan National Paralympic Committee—an important cause if ever there was one. 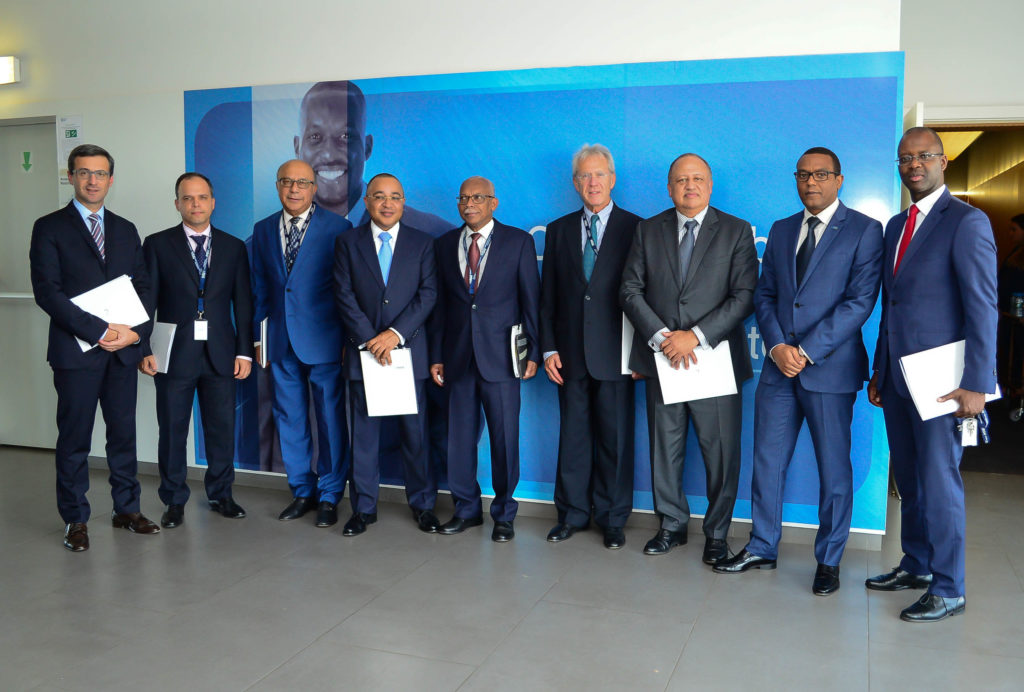 Looking towards the future, perhaps what is most encouraging to see is BAI’s clear intention to keep evolving and not become complacent—an easy thing to which to succumb, especially given the dominant market position currently being held by the bank. Instead, there is a hunger to attain even loftier goals. Such ambition is best crystallised in its 2016-2021 Strategic Plan, one which seeks to position the bank as the provider of “the best banking experience in Angola”. The plan focuses on consolidating the bank´s core sectors, and in particular, rejuvenating its approach to the SME (small and medium enterprise) sector. In order to accomplish the plan’s objectives, four key pillars have been identified:

For business geared towards individuals, the bank aims to reach one and a half million active customers by 2021, as well as to develop transactional platforms that enable it to better understand and address its customers’ needs. As far as BAI is concerned, achieving such goals will partially depend on its ability to continue attracting and retaining highly qualified personnel. Given the difficult conditions facing banks in Angola at present, however, this could prove to be a challenge. Nevertheless, market opportunities continue to abound, and as long as the bank keeps investing in capacity-building programmes for its employees, exploiting such opportunities will be made significantly easier. In turn, customers can reasonably expect to continue being provided with the best banking experience in Angola.

Brexit, Trade and Trade Finance: What Do We Know?