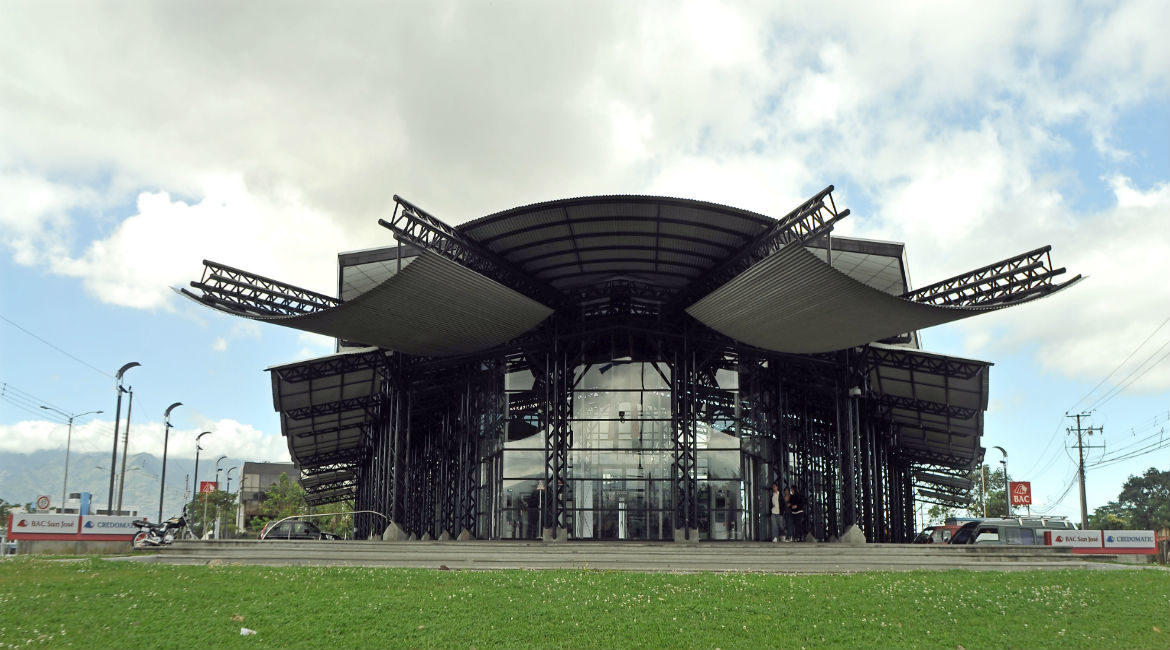 A standout leader in the Latin America region for achieving economic-development success over the past decade is Costa Rica. Structurally existing currently as a predominantly upper-middle-income nation, the Costa Rican economy has achieved stable economic growth over the past two and half decades and is currently on trajectory for successfully completing a third consecutive decade of expectations-exceeding economic expansion. Following the 1980s, political and economic leaders enacted a strategy to boost externally generated growth—encouraging steady trade liberalization whilst implementing initiatives to stimulate foreign investment. One result of these steps is that Costa Rica now has one of the lowest poverty rates across the entire Latin American and Caribbean region. A major development initiative currently underway is the Country Partnership Framework (CPF), which has been set up to run from 2016 to 2020 and has been specifically designed to strengthen the relationship between the World Bank and Costa Rica whilst helping to build economic and social stability and growth further. Specifically, the plan outlines that mutual learning and knowledge sharing will be applied towards reducing constraints to productive inclusion whilst concurrently enhancing fiscal, social and environmental sustainability.

A vital ingredient to the flourishing economic and social conditions within Costa Rica is a stable and thriving banking system. Banco BAC (Banco de América Central) San José is one of the most highly regarded and recognized names within the Costa Rican banking industry and has continued to effectively meet the evolving financial and banking needs of the national population. Originally founded in 1952 in Managua, Nicaragua, the BAC bank was set up as the initial form of what has since developed into the wider BAC Credomatic Group. During the 1970s the bank began expanding into credit-card services, and through the 1980s the BAC group expanded such that they entered additional markets in the local region—the first of which was an acquisition in Costa Rica—that resulted in the successful bank now known as Banco BAC San José. BAC Credomatic is currently active across a wider geographic reach with services offered in Guatemala, El Salvador, Honduras, Panama, Grand Cayman, the Bahamas and Bogota in addition to those in Nicaragua and Costa Rica. 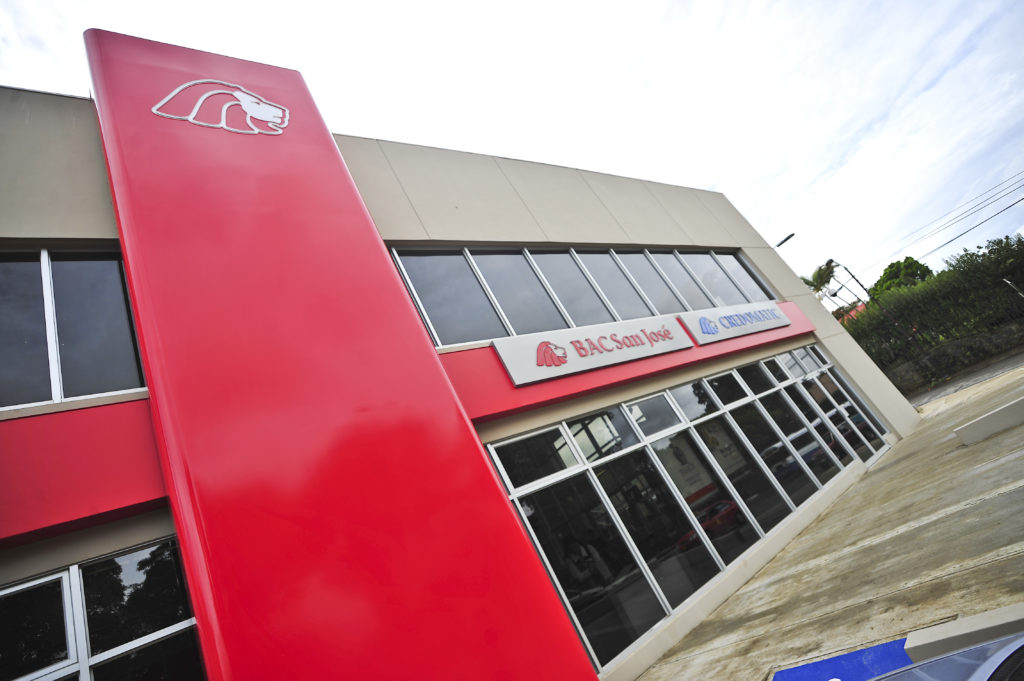 Since opening, BAC San José has become more prominent in the Costa Rican banking sector and is now established as one of the largest and most profitable banks in the region; in addition, BAC International Bank Group is also known as one of the largest banking groups. BAC San José has an extensive branch network nationwide and is recognized as one of the strongest brands in Central America. As a leader in retail- and commercial-banking services and products, BAC San José implements innovative strategic changes when developing new products for customers. Examples of this innovative approach include products aimed to help SME (small and medium-sized enterprise) development—a key driver of economic growth for Costa Rican nationals as well as services to help the female population, who through social development are in need of more business and financial services than ever before. The central pillar around which BAC San José establishes its operational framework is the focus of putting customer needs first. The bank offers excellent customer service and applies this approach as a priority in all areas of the bank. The combination of these factors alongside others has led to the bank’s continued expansion and success through the years. 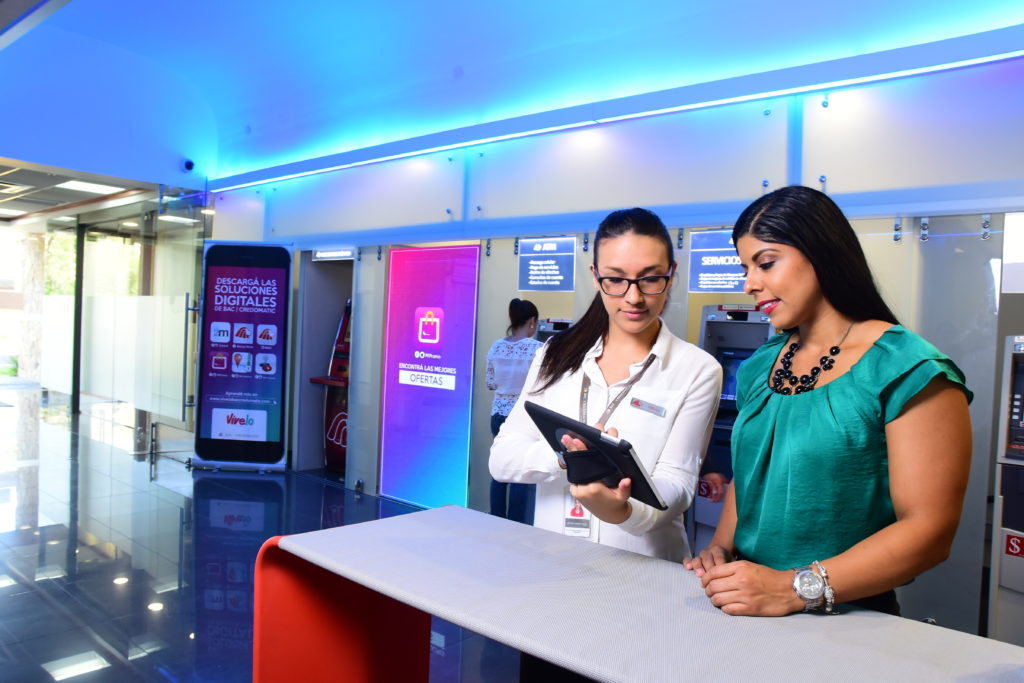 As a prominent provider of banking services and products in Costa Rica, BAC San José has maintained its competitive edge especially in retail banking by pursuing an active and continual approach to innovation. The bank’s executives attempt to anticipate the upcoming product needs of customers and deliver creative and effective solutions with exemplary customer service and satisfaction levels. By forecasting product needs ahead of customer demand, BAC San José has been able to keep in touch with the frame of mind of their customers most effectively, and this has meant they have maintained their position as a leading bank in the retail-banking segment over the years.

Part of innovation at BAC San José has included digitalization. Technological development at the bank has provided customers with increased convenience and accessibility to services and has allowed BAC San José to offer its customers a strengthened distribution network. As one example, there is an electronic wallet that allows BAC´s customers to easily make peer-to-peer payments and card-less withdrawals from ATMs. Innovations in electronic and mobile banking have been an important part of strategic development at BAC San José and have directly led to improved customer satisfaction. For example, as reported at the 2016 year-end, approximately 80 percent of total transactions made by BAC customers were made through electronic and mobile-banking channels, demonstrating the power and capacity of this technological implementation. BAC has also carried out the implementation of digital branches and has demonstrated their competitive edge as a frontrunner in the sector by being the first bank in the country to implement this solution.

BAC San José serves hundreds of thousands of customers across hundreds of ATMs and access points as well as a nationwide network of branches. This has allowed BAC San José to deliver first-rate customer service. BAC has furthermore strengthened its nationwide presence through an innovative correspondence banking strategy, RapiBAC: a lower-cost banking channel, which allows customers to complete their most frequently occurring transactions through a selected merchant.

BAC San José is also a strong player in the commercial-banking market in Costa Rica. Becoming strong in this segment has meant having to overcome a number of challenges. One of the biggest hurdles is having to compete with state-owned banks that have a number of advantages when compared to private banks, such as Government Insurance and additional Reserve Requirements for private banks.. In order to overcome these challenges, BAC San José has had to differentiate their product and service range through innovation, as well as offer more attractive pricing points in order to draw in customers. The bank has furthermore applied a well-formulated strategy that has created vertical integration by maintaining customer treasury management within the bank—this has been part of BAC San José’s Payment Chain Strategy. This plan allows BAC to use existing consumer- and commercial-payment channels and infrastructure for product offerings, creating synergies across departments. Through this creative approach, BAC has become a leading private bank in Costa Rica.

Of almost equally high priority to customer service is workforce management at BAC San José. The bank operates a unique approach to hiring, training and retention of staff so as to get the most motivation from staff whilst also striving for optimal satisfaction for both employees and customers. The bank went through a couple of changes in ownership over the past decade, and maintained a proactive approach to achieving operational consistency by retaining a number of senior-management personnel to navigate the changes required smoothly. In addition, when it comes to hiring, the bank has been ISO certified since 2012—indicating operations across the organization comply with quality standards in every area of work—including hiring and training procedures.

BAC San José places a high value on participating in corporate-social-responsibility (CSR) initiatives—actively participating in projects that add value in the areas of the environment, social development, local economic development and education. When it comes to the environment in particular, the bank obtained the Costa Rican Ministry of the Environment and Energy’s Carbon Neutrality Certificate in March 2013, making it the country’s first financial institution to publicly and legally commit to reducing and offsetting its carbon emissions. The bank has furthermore worked on a number of projects to help women—such as teaching financial-education courses for microenterprises in partnership with the National Institute for Women (INAMU), focusing on women at risk of exclusion, single mothers in marginal urban neighborhoods and other similar groups.    Working to develop initiatives to help women has also crossed into BAC San José’s work towards supporting SME development. The bank serves more than 26,000 SMEs, approximately a quarter of which include women-led or women-owned small businesses. The bank applies a number of financial-inclusion initiatives that help SME development—such as establishing a business-development program for small and medium enterprises through which it was able to train more than 4,900 SME business people by 2016 in financial, administrative and other topics of business operations. This work has also indirectly helped create jobs.

The overarching innovative, customer-centric BAC strategy has allowed the bank to develop a relationship and interact with a diverse customer base. This has led to increased capture of market share and boosts to profitability, solidifying their leading position in the local banking system, while achieving double-digit growth in recent years. Leadership in the bank have established clear objectives to focus on the growth of the organization through constant innovation with the aim of eventually delivering enhanced results to stakeholders. In addition, the bank aims to enhance efficiency, risk controls and digital-channel access and reach in order to maximize profitability and client satisfaction. Part of achieving this will be a streamlined approach to day-to-day operations and will involve increased amounts of technological innovation at a pace to which the bank is already accustomed.

In the coming years, the bank will have to continue applying an innovative approach to keep pace with social and economic growth forecasts for Costa Rica. There may be some challenging periods of time given the economic hurdles of deteriorating fiscal strength and the potential for a widening wealth-inequality gap—that risk disrupting positive trends in economic inclusion, growth and sustainability. However, by remaining both nimble and in tune with changing customer demands, BAC San José will maintain its leadership position in the Costa Rican banking sector.