Top Posts
Is There a Digital Currency on the Horizon for the...
Eurozone Inflation Soars to a Record 8.6 Percent in June
Why Fintech Has a Role to Play in the Cost-of-Living...
Global Military Spending Hits a Record High
Could Big Tech’s Iron Grip on Digital Advertising Soon Come...
Can Recent Oil Discoveries Prove to be a Boon for...
Home Banking Bangladesh central bank measures have stabalized share prices but is it temporary?
Banking

Bangladesh central bank measures have stabalized share prices but is it temporary? 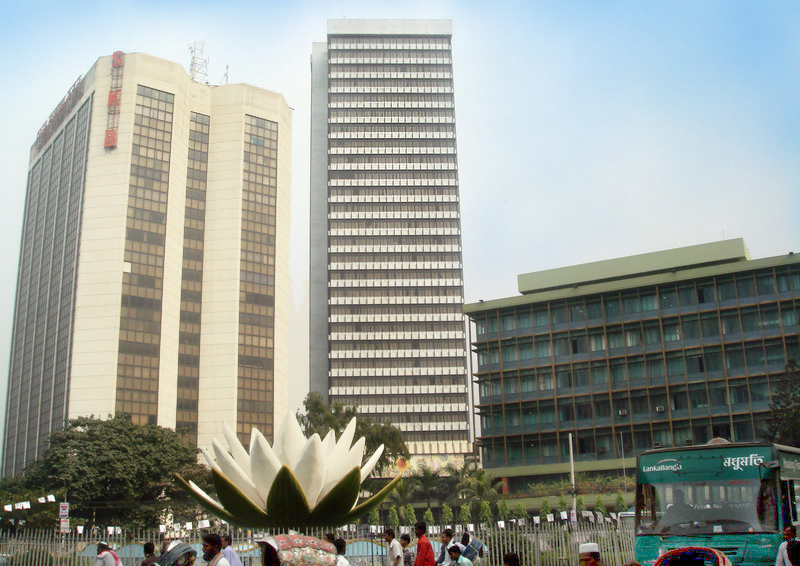 The Dhaka Stock Exchange (DSE) is the largest secondary market in one of the most promising emerging economies in South Asia.  Jim O’Neil, from Goldman Sachs Asset Management, included Bangladesh in his famous “Next 11” list of emerging economies back in 2005 and rightly so, at that time. The following graph demonstrates the subsequent boom and bust of Dhaka Stock Exchange General Index.

Since the start of 2006, the DSE index climbed from 2000 and reached almost 9000 by 2011, representing a total gain of 350% over a period of five years. This boom accelerated after the last democratic government came in power in 2008. However, despite a stable economic growth prospect the local market crashed due to a herd mentality of street investors who flocked to benefit from triple digit gains in a short period of time. The Bangladeshi version of a 1929 crash has since stabilized in last two years but fears loom as there is no light at the end of the tunnel for any sign of recovery.

There are some remarkable things happened during the five year boom period. In the developed worlds, markets crashed across the shores of the Atlantic amid the Global Financial Crisis since 2007. Yet, this little country, once described as an international bottomless basket case by the former US Secretary of State Henry Kissinger, had been posting over 6% of annual GDP growth during the global recession. GDP per capita increased from $949 to $1544 (PPP, 2005 constant), and the optimistic investors went into an irrational buying frenzy that ultimately added to the crash.

The Center for Policy Dialogue (CPD), a local research organization, stated that the rapid growth of brokers across the country, spread of internet based trading operations and large scale marketing by government to attract investors from rural areas all played a part in attracting the new capital entering the market. The authorities went too far when they actually organized a countrywide “Share Fair” to attract new unsophisticated investors. The paper from the CPD also cited that when new capital was flying in from the countryside to the capital’s secondary markets, there was not enough new Initial Public Offerings (IPO) to meet the demand. As a result, demand went up amid the marketing campaign but lack of supply created artificial bubbles. Some companies were trading at over PE ratios of 200, when local newspapers published analysis with “buy” recommendations. The situation reached the point that street vendors with a net worth of less than the few thousand dollars started investing in the Dhaka Stock Exchange with, alas, borrowed money from friends and family.

Since the crash the Government of Bangladesh has initiated various local versions of “quantitative easing” measures such establishing a 5 billion (local currency, Taka) “Bangladesh Fund” to invest in the secondary market to support falling price levels. The Bangladesh Bank, central bank of Bangladesh, has withdrawn any restriction on repatriation of capital from investing in the stock market though Non-resident Investment Taka Account (NITA) for foreign investors. Yet, the market seems to be stagnating for the last two three years despite all the measures taken by the authorities. 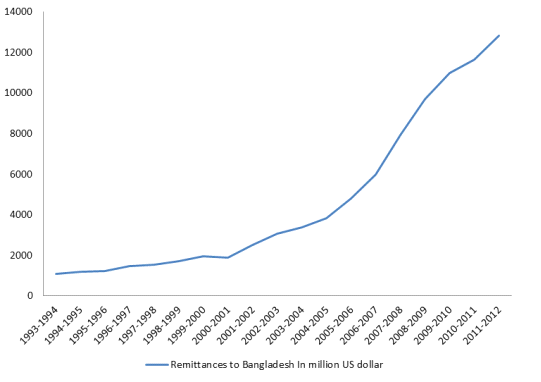 In reality, the overall economy of Bangladesh is doing as Jim O’Neil and others have predicted almost a decade ago. The food production has kept up with a modernizing farming process and Bangladesh, electricity production has doubled since 2008, and one of the biggest players in maintaining the trade balance, foreign remittance from economic migrant workers, has demonstrated steady growth patterns during the same 2008-2013 period.

Yet, the fate of country’s largest secondary market is uncertain. Like all emerging markets, one of the major issues concerning the economy of Bangladesh is political risk. When Bangladesh started its two decade old two party based democratic process just after the collapse of the Soviet Union back in 1991, the transition was smooth. However, the two major parties, Bangladesh Nationalist Party (BNP) and Bangladesh Awami League (BAL) have openly fought on the streets to demonstrate supremacy.

To this day, the power brokers in Bangladesh haven’t found a sound way to hold an acceptable election and this political uncertainty is further taxing the economic growth of Bangladesh. Unless the political situation stabilized, foreign investors will keep on ignoring any opportunity to pour Foreign Direct Investment (FDI) into the economy let alone investing in the secondary market such as Dhaka Stock Exchange.

Biometrics to reach the unbanked