Top Posts
Challenges Remain, But There Are Opportunities to Be Had in...
Interview with Mr. Olukayode Pitan, Chief Executive Officer and Managing...
Commodities Outlook for 2023
The Value of Cash in a Time of Crisis: How...
The US-Africa Leaders Summit: Fostering a Closer Relationship with the...
Three Key Sectors in Which to Invest in 2023
Home Banking Bank Strategy in the World of Fintech
Banking 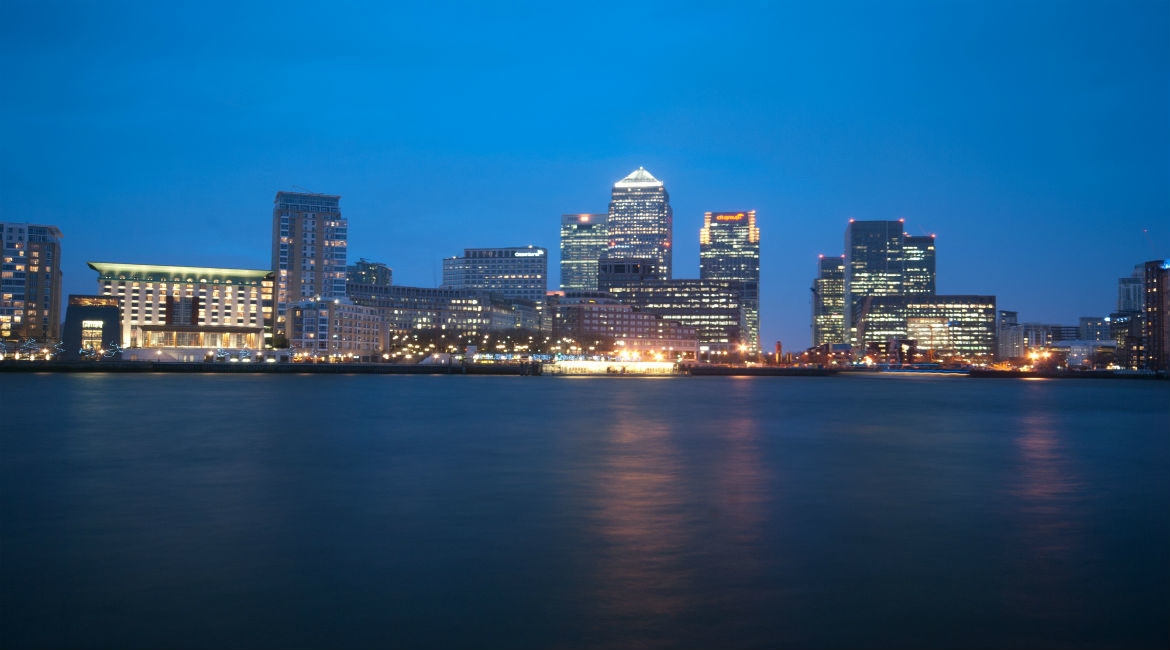 Fintech (financial technology) is widely seen as a disruptive force in the banking industry. New information-technology (IT)-focused entrants, including large data and platform-oriented IT firms such as Google and Apple, are seen as a potential threat to the position of banks. While banks appear to be still in the lead, information technology and fintech are changing the competitive landscape. Customers have easier access to multiple providers and potentially more transparent product offerings. The traditional bank-customer relationship is more or less gone. The challenges are enormous, from dealing with legacy systems to figuring out viable business models going forward. Agility has become the new buzzword of consultants. Institutions need to become agile to deal with the challenges ahead. But can we give some clarity on what lies ahead?

Arguably the most profound manifestation of fintech is that it may lead to the disaggregation of the value chain. Interfaces—online platforms in particular—may come about that help bundle the product offerings of different providers, thereby becoming the direct point of contact for customers. Online platforms may then become the preferred customer interface. A financial-services platform might also act as a marketplace where people interact directly and financial institutions serve the limited roles of advisor, broker and/or record-keeper. P2P (peer-to-peer) lending could have parties transacting directly without the benefit of a financial intermediary. Technology firms may use payments solutions (such as Apple Pay) as a platform and gain a direct customer interface for related products and services; legacy financial institutions then might be relegated to serving as the back office or product provider to the platform.

The disruptive forces affecting banking may also lead to new entrants. New specialized lenders have arisen that seek to replace relationship lenders and traditional credit scoring with sophisticated algorithms based on big data mining (data analytics). Analyzing data such as buying habits, memberships, reading habits and lifestyle choices has shown to lead to credible creditworthiness assessments. Similarly, the growing availability of inexpensive information allows for public certification of creditworthiness similar to the trustworthiness scores on eBay or the client-satisfaction scores on TripAdvisor.

An area that seems most open to fintech is payments, and particularly retail-related payments. This core area of banking is being coveted by technology firms and payments specialists. China offers arguably the most visible manifestation of what new technology companies are up to. Alipay provides payment services for hundreds of millions of people. Regulatory developments, such as PSD2 (Payment Services Directive 2) in the European Union (EU), may further elevate competition in this area. PSD2 forces banks to share payment information with others on the request of their customers. This is designed to encourage competition in the payments sphere.

Many of the recent fintech-related developments are highly customer-focused and contrast with the traditional product orientation of banks. For example, the platforms could give customers easier access to a variety of providers and a broader set of services going beyond financial services. Again, China—where Alipay and WeChat are providing the core of platforms that blend social media, commerce and banking—offers an example. This is what the consultancy McKinsey calls “a customer-centric, unified value proposition that goes beyond what users could previously obtain…” and is “often more central in the customer journeys”. This points at empowerment by customers and simultaneously could cast doubt on whether banks will be able to continue to control the customer interface.

The threat for banks may seem obvious, yet this does not mean that banks are doomed. In the past, banking institutions have shown remarkable resilience, despite questions about their viability. As far back as 1994, economists John Boyd and Mark Gertler commented on the predicted demise of banks in a well-known study titled, “Are Banks Dead? Or Are the Reports Greatly Exaggerated?” At that point, the discussion was about the banks’ role in lending. In particular, the question was whether securitization would undermine the banks’ lending franchise. They concluded that while securitization would make banks less important for the actual funding of loans, the core functions of banks in the lending process—origination (including screening), servicing and monitoring—would be preserved, as would the centrality of banks. What is more, banks would typically play a role in the securitization vehicles by providing back-up lines of credit and guarantees on the refinancing of the commercial paper that funds many of the vehicles. (This is not to say that securitization was without problems. The 2007-09 financial crisis showed severe shortcomings in the way securitization had developed.)

The message of that article undoubtedly has relevance today. Banks will respond and try to be players in the fintech world themselves. Indeed, an IDC (International Data Corporation) survey reports that banks are among the largest investors in big data analytics. They may also set up platforms and in this way hold on to the customer interface. Moreover, fintech is often facilitating and thus is a way to improve operations and existing processes within banks. Data analytics could, for example, help improve the lending processes of banks.

Underscoring these points further, we see that banks often play a role in P2P lending. As in securitization, banks may serve essential functions in that lending process, such as compliance, screening and monitoring. Banks together with institutional investors can also be important providers of funding to P2P platforms. A bank may even have set up and arranged the platform. Similarly in payments—the payments innovators are not necessarily independent of banks but may be in joint ventures or other types of alliances with traditional banks. In some countries, banks themselves have managed to offer the leading online payments solutions. All of this points at a fruitful role of banks in the fintech space and potential complementarities between banks and fintech players.

One should also not discard the more indirect competitive advantages that banks have. Banks may benefit from the anxiety of people about the safety of their liquid wealth. The financial crisis of 2007-09 may have created concerns about the stability of banks, but the bank is still seen as the place where money is safe. These comments also point at potential artificial competitive advantages that banks have. Being a bank with a license and an implicit guarantee from the government has value. The implicit guarantees that banks have from their governments may give them an edge over new entrants, including possibly fintech players. Protection may go even further. Governments and regulators may try to limit competition in the interest of financial stability. Finally, while banks often complain about stringent rules and regulations, these rules and regulations also offer protection; new players might not easily satisfy them. Indeed, safeguarding fair opportunities for new players is a challenge when strong and highly politically connected incumbents are present.

Nevertheless, it is fair to say that the future of the industry and its structure in particular is highly uncertain. Developments in technology have inherently a level of unpredictability. The financial-services industry is in the middle of it. Some banks may play a leading role in the new universe, perhaps by becoming fintechs themselves and providers of leading platforms. But there are reasons to envision a decline for the banking industry at large. New competitors and the disaggregation of the value chain will put pressure on existing players, and the wider availability of information will reduce the banks’ edge as brokers of information.

What seems clear is that banks will need to become agile—yes, the buzzword of consultants—and flexible to deal with the challenges and uncertainties ahead. What types of action to take in such an environment? Increasingly, partnering is seen as crucial for banks. In a recent study, the World Economic Forum (WEF) concluded that “financial institutions will need to find ways to partner with large techs without losing their core value proposition”. Agility and flexibility in setting up and finding value-enhancing partnerships are seen as distinct skills. In doing so, banks may face dilemmas. When is partnering with fintechs optimal, and when is it not desirable? Such a dilemma could play out, for example, in partnering with Apple in payments. Will banks continue to be important for such partnerships—or only in the beginning, then redundant subsequently?

An equal challenge is how to transform the legacy institutions of today into agile players that can succeed in the fintech universe. Substantial mergers might be envisioned in the banking industry in the years to come. A key question, however, is how to turn this into a viable long-term strategy. Mergers in industries that are being disrupted are often seen as defensive at best, aimed at delaying the inevitable. As dinosaurs, the mergers may precede extinction. Indeed, size can help protect margins in the short-term via market power. But how do such mergers relate to the agility needed to survive in the long-term? Mergers of legacy institutions need to go hand-in-hand with massive restructurings that lower the cost bases and aim at full digitalization of processes.

Do I advocate for such mergers? As a bank, it might put you back in time. The strategy will be inward-looking, dealing with the massive legacy issues at hand. The real winners will be those players that escape the legacy and become platforms in the new world of finance. They will have the customer interface and others delivering services to their platforms. Can existing banks be among the winners? Banks have shown themselves to be resilient in the past; do not count them out.