Top Posts
Could Big Tech’s Iron Grip on Digital Advertising Soon Come...
Can Recent Oil Discoveries Prove to be a Boon for...
Is It Time to Explore an Alternative to Fractional-Reserve Banking?
Can AgTech Prove Instrumental in Helping to Feed the World’s...
Can the Indo-Pacific Economic Framework Expand US Economic Influence in...
Banks Remain Uniquely Vulnerable to Sophisticated Cyber-Attacks
Home Banking Is the Banking Industry Suffering from a Talent Crisis?
Banking

Is the Banking Industry Suffering from a Talent Crisis? 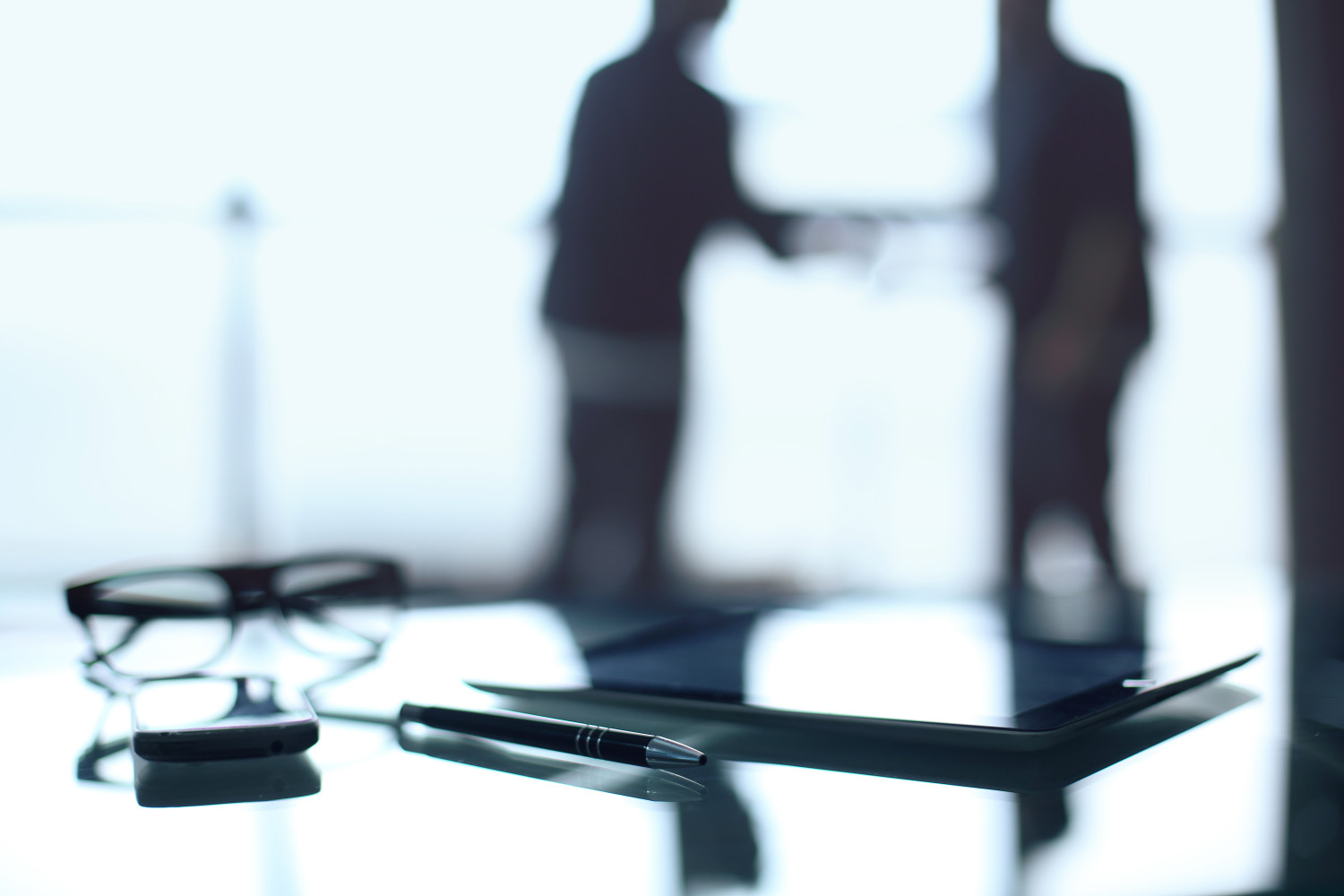 According to aggregated data from Chicago Booth, Wharton, Harvard, London Business School and INSEAD, the finance industry experienced a 20-percent decline in MBA graduates joining its ranks between 2007 and 2013. In contrast, the percentage of graduates going into technology careers more than doubled over the same period. Such statistics are beginning to have serious repercussions in the banking industry, where many believe a talent crisis has emerged.

As banking continues to experience more competition from outside the industry, particularly from the booming FinTech sector, professionals at all levels are considering whether the traditional bank employment model—which normally consists of long hours, working lunches at desks and sizeable amounts of internal red tape—is really worth the returns that, in the face of mounting regulation and curtailed profits, are not quite the amounts they once were. Technology is changing the way finance is conducted—everything from payments to investment advice to regulatory practices are being revolutionised by new, innovative start-ups, while revolutionary concepts such as blockchain are set to make many traditional banking functions redundant.

That is not to say that the industry won’t continue to draw in talent, but rather this talent is likely to be in possession of a different skillset than, say, that of 10 years ago. The myriad of regulations is causing more compliance and risk-management experts to surface, while some of the best front-office “revenue-generators” have exited the industry, given the diminished remuneration prospects and the claustrophobic regulatory environment in which deal-making now resides. As a result, many banking professionals are handing in their resignations and making the leap into the FinTech sector—and are happy to accept dramatic salary cuts in return for a share of the new equity pie.

With the FinTech sector rapidly swelling, and with all regulatory eyes on global finance to ensure there is no repeat of the 2007-09 financial crisis, the banking industry is seeking to explore new methods to attract and retain the best talent. Traditional employment models now seem excessively rigid to a new generation of tech-savvy professionals, especially in light of graduates’ changing work preferences. A study of Millennials conducted in 2014 by consulting firm The Intelligence Group found that 74 percent of those surveyed strongly valued flexibility in work schedules, and 88 percent valued work-life integration—such attributes can be found in abundance in the technology sector (Google being the most notable), while the banking industry is still perceived to be stuck in the past in comparison. Flexible working hours, less bureaucracy and greater opportunities to learn are some of the main reasons given by those who have already made the leap.

Kevin Sandhu, who launched online lender Grow in 2013, spent eight years working in investment banking and private equity, but the “stodgy” atmosphere within big corporations, as well their aversion to embracing new technologies and data analytics, began to frustrate him. He therefore migrated over to the FinTech world, which has allowed him the flexibility and innovative capacity to pursue something he is truly passionate about. If finance professionals long for such flexibility in their working lives, it is increasingly likely that they will opt for FinTech, much to the detriment of banking. Indeed, this is the view of Canadian Imperial Bank of Commerce (CIBC) Vice President Aayaz Pira, who recently lamented the shortage of new candidates with technical skills. According to Pira, it is no surprise that recruitment challenges in Canada have become common, especially in the digital-banking space. “FinTechs are finding smart people, we’re finding smart people, but generally speaking, digital was nascent in Canada for many years”.

The onslaught of regulation, which the global banking industry has endured over the last six or so years, is also making bankers think twice about their career options. The fallout from the financial crisis has created tighter regulations in the form of higher capital-buffer requirements, rules that demand greater transparency from market participants and higher tax burdens on financial institutions. In the US, for example, the Dodd-Frank Act is considered the most powerful regulatory enactment since the aftermath of the Great Depression, with requirements such as the Volcker Rule significantly reducing speculative investing. While in Europe, Mifid II (Markets in Financial Instruments Directive II) has restricted the power of financial derivative products and strengthened consumer protection.

The UK has seen some of the most onerous regulations being imposed on the banking industry in recent times. The levy on excessive bank debt has been raised on nine separate occasions since 2010, with the UK’s leading banks bearing in excess of £1 billion in levies in 2014. Although the government has promised a fall in the rate going forward, a new 8-percent tax on annual profits will also be introduced. All this has meant that banking ROE (return on equity) figures and profits have been consistently eroded during the decade. Bonuses have also been trimmed following the EU’s (European Union’s) directive to cap them at 100 percent of base salary (200 percent with express agreement of shareholders), which has maintained fears over an exodus of bankers towards lighter regulatory landscapes.

Upcoming UK regulation, however, could prove to be the straw that breaks the bankers’ backs. The Senior Managers Regime, Certification Regime and Conduct Rules, to be implemented in March, require all UK bankers to take necessary precautions against regulatory breaches. Senior managers are likely to be in the crosshairs if a violation occurs under their specific division, even if they are not specifically involved in the incident. The legislation, along with the bank levy and cap on bankers’ bonuses, is likely to push talent away from banking and into smaller boutique investment houses. Indeed, the likes of Standard Chartered and HSBC have threatened to move operations overseas to less-regulated markets, such as Singapore and Hong Kong. The likelihood of the domestic workforce making the same move is unlikely, suggesting that some could make the transition into non-banking institutions within the finance industry, or indeed, other careers altogether.

In the US, meanwhile, one of the biggest concerns is the rapid pace at which lenders are being sold, which is at its fastest in 20 years. Moreover, it is set to continue increasing, with the rate of bank consolidation expected to rise above 5 percent during this year’s first quarter for the first time since 1995. Among the main reasons cited for such frenzied merger activity is the ageing of Baby Boomer bankers, many of whom are now CEOs. In fact, approximately 25 percent of publically traded banks have a CEO at the helm who is between 59 and 62 years of age, and therefore will retire imminently. This generation of bankers were predominantly trained under traditional banking training programs, which were scrapped in the 1990s. According to Richard J. Parsons, author of Broke: America’s Banking System, there is an extreme dearth of talent able to take over the top jobs, which has contributed to the final decision to sell the lender. Parsons believes the problem extends to Europe, where a similar spate of CEO retirements has left banks with the problem of finding capable replacements. As such, the shrinking talent pool in banking does not appear to be just a problem for the graduate and middle-management segments but also for the top executives.

The problem appears to be a worldwide issue, which further underlines the impact that global regulation in particular is having on banking margins. In Malaysia, for instance, it was recently reported that there is a severe skills shortage in the country’s banking industry. The Asian Institute of Finance concluded last November that an alarming 76 percent of financial-services employers are currently experiencing talent shortages. Indeed, AmBank Group Chairman Tan Sri Azman Hashim is advocating for a substantial transformation in the banking sector to remain relevant in this climate. According to Mr Hashim, the financial crisis has resulted in “not enough people to train and close the talent gap in risk management”. The societal stigma of being a banker in the wake of the financial crisis is also a factor professionals are considering more often, with Mr Hashim recommending a holistic re-examination of the role of bankers in society as a solution.

According to management consultancy PA Consulting, managing existing talent more effectively is pivotal for the banking industry to succeed. Each bank’s international human-resources division, along with management, needs to address what they should offer to attract and retain employees, principally by finding out exactly what their employees want. After researching 44 multinationals (including banks) in detail, the consultancy has found that in the banking industry, the focus must lie on what can be offered to those interested in individual career progression, in terms of opportunities for challenge, learning and development, as well as how they perceive the work environment.

It is beyond argument that a career in banking is not the big-ticket draw it once was. Regulation, shrinking rewards for a greater volume of work and a rise in new substitute industries are all rendering the traditional banking model for attracting talent antiquated. However, it would be a brave person who bets against an appropriate response from the banking industry. The longevity of the industry inherently implies that banks have evolved to be resilient to a whole range of external pressures. Although the burden seems to be particularly heavy at present, the attractiveness of a banking career is not about to fade any time soon.

Indeed, banks have already responded to the FinTech boom by enhancing their own workplaces in an attempt to substitute Silicon Valley. Canada’s Scotiabank, for example, recently announced it will launch a “digital factory” in which 350 tech jobs will be created under one roof, which will reportedly foster a similar working environment to that of a FinTech company. Whether such moves are successful remains to be seen, but it indicates an important factor in banks’ favour: they have the capital base to explore such potential solutions—a resource that is broadly lacking in new technology start-ups.

While a career in banking may not have the same cutting-edge appeal as one in FinTech, and while it remains far from being a “job for life”, the constancy and relative job security that banking offers in today’s more regulated, competitive marketplace means that the supply of talent into banking will continue to flow for the time being.

The Growth of the Responsible Investment Industry