Top Posts
Interview with Mr. Olukayode Pitan, Chief Executive Officer and Managing...
Commodities Outlook for 2023
The Value of Cash in a Time of Crisis: How...
The US-Africa Leaders Summit: Fostering a Closer Relationship with the...
Three Key Sectors in Which to Invest in 2023
Three Key Stocks in Which to Invest in 2023
Home Banking Banking on Action: Addressing Common Misconceptions about the Role of Banks in Preserving Elder Financial Health
Banking

Banking on Action: Addressing Common Misconceptions about the Role of Banks in Preserving Elder Financial Health 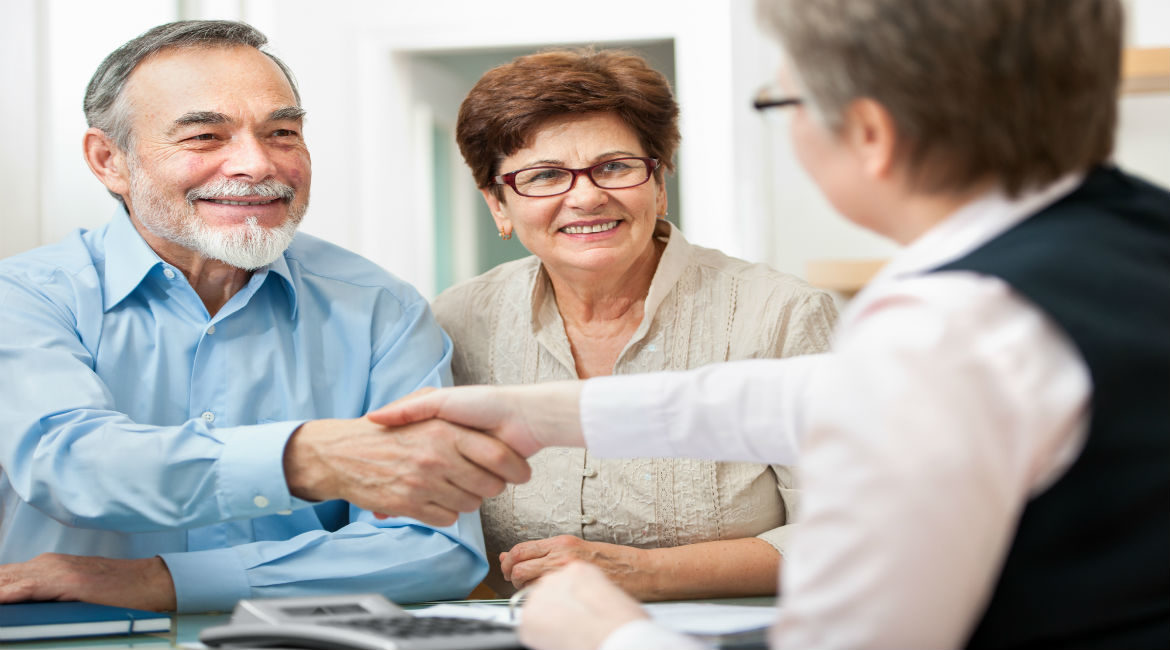 In California, a 72-year-old man lent an attractive young woman several thousand dollars that she never repaid. The same woman had also employed various methods to extort money from other older male victims.

In Washington, D.C., an older man wrote a check for several hundred dollars from an account he believed had a $10,000 balance. As a result, the man’s account became overdrawn. He later learned that his son had taken the money without his consent or knowledge.

While both of these incidents could have appeared in this morning’s newspaper, they were in fact taken from a 1981 report by the U.S. House Select Committee on Aging [1]. The report, initiated at the request of Claude Pepper, committee chair and long-time advocate for older Americans, concluded that elder abuse was a full-scale national scourge. Elder financial abuse, the report found, was the second-most common form of elder abuse after physical abuse. Abuses tended not to occur in isolation, but were often perpetrated simultaneously and displayed a recurring pattern. Nearly 40 years later, financial abuse and fraud continue to cost older Americans and their families billions of dollars annually, often resulting in permanent damage to their physical and mental well-being [2].

The financial paradox of aging

Aging has always come with its fair share of emotional, mental and physical challenges. At the same time, the older we get, the more likely we are not only to be happier but also to actively seek out the positive aspects of life experiences [3]. Known as the paradox of aging, it has an unfortunate analog in the financial-services industry; namely, the more financially vulnerable the consumer becomes, the less insulated he or she is from the consequences of those vulnerabilities.

Banks and other financial institutions have made strides in recognizing the prevalence of financial vulnerability in aging customers. A 2017 survey of banks by the American Bankers Association (ABA) found that 7 out of 10 respondents required elder financial-abuse training for all frontline staff or customer-service representatives [4]. When dealing with suspected elder abuse or fraud, 8 out of 10 respondent banks placed an internal flag on the account in order to monitor it for future suspicious activity.

The survey also showed that while progress has been made, the banking industry’s ability to detect, respond to and prevent financial losses is far from comprehensive. For example, 65 percent of smaller respondent banks (with less than $1 billion in assets) and 36 percent of larger respondents (with more than $1 billion in assets) did not use software to monitor accounts for signs of financial abuse or fraud. Only 41 percent offered tools to enable a family member or financial caregiver to monitor account activity via “view-only” access or secondary paper statements.

In this article, we address common misconceptions that may be preventing members of the banking industry from taking action to prevent financial crimes against elderly customers.

Misconception #1: Elder fraud and financial-abuse prevention programs are too expensive for us.

From developing new policies, procedures and training materials to building or purchasing new software to detect and track suspected elder financial crimes, it may be easy to believe that the cost of building a robust elder financial fraud-and-abuse program is greater than the value it creates. On the contrary, there are many free resources that banks can use to lay the groundwork for their programs. Existing bank systems can be repurposed to monitor transaction activity, and organizational awareness and preparedness can make the process of detecting escalating, suspected financial abuse more efficient.

While each bank should consider tailoring any publicly available resource to its own needs and customer base, training materials and programs developed by the ABA, Consumer Financial Protection Bureau and AARP, Inc. have all but eliminated the need to reinvent the wheel. More resources are forthcoming. In May 2018, the AARP will launch its BankSafe platform, a free, interactive training program designed for frontline bank staff.

In addition to training frontline staff to identify signs of fraud and abuse, banks can repurpose existing business systems to monitor customers’ day-to-day transactions for abnormalities. Banks use anti-money-laundering (AML) software to meet the legal requirement to prevent and report money-laundering activities. AML software typically contains an integrated transaction-monitoring module that can be repurposed to detect elder fraud and abuse. In fact, any sort of transaction-management module or software capable of executing custom business rules and generating customer profiles can be used.

Misconception #2: Our customers are not asking for elder-fraud and financial-abuse prevention.

Americans do not always get out in front of financial problems before they occur. Many of us tend not to save enough for retirement, under-purchase long-term disability insurance and annuities (a form of income insurance), and fail to prepare wills and other end-of-life plans. Today, it may be the case that fewer-than-expected older consumers are clamoring for fraud and abuse prevention tools, but that doesn’t mean they don’t need them. In fact, patients in the early stages of cognitive impairment often fail to see anything wrong with their own decision-making abilities and capacity to manage money, and thus find no need to plan for the possibility of financial incapacity.

Still, when asked, many older adults see the value in preparedness. When asked if they want their financial institutions to protect them against exploitation, 85 percent of older adults said they would prefer employees to be highly trained to detect and prevent exploitation.

As a result, banks might be hesitant to tout their fraud and abuse prevention programs in campaigns to attract new customers, choosing instead to focus on features of greater importance to prospective clientele. However, that is not the only channel by which banks can leverage their programs to grow their customer base. A robust program that prevents someone from exploiting an older customer’s savings can lead to improved customer satisfaction and lower attrition rates. It may even help attract new customers from within the victim’s family, impressed with how the bank handled the situation.

Banks spend an enormous amount of time and effort working to deepen customer relationships by meeting their borrowing, saving and payment needs with cross-product offerings; striving to provide good customer service; and maintaining a cutting-edge and compelling online banking experience. Despite their tendencies to carry less debt than younger adults, older customers who have maintained banking relationships over their lifetimes may be of great value to the bank after they retire, having amassed considerable savings that are typically drawn upon through a demand-deposit account. A single incidence of elder abuse can devalue this relationship for both the bank and the consumer. Failing to detect or prevent a serious financial loss may incentivize customers or their caretakers to take their business elsewhere.

Misconception #4: We already practice age-friendly banking. Everything is under control.

Ten years into the Baby Boomer retirement era, many banks have adopted age-friendly banking measures to assist people with physical disabilities. They’ve added automatic doors and ramps to bank branches, switched to larger font sizes on mailings and take-ones, and made ATMs (automated teller machines)more accessible for the hearing impaired. Banks have been less responsive, though, when it comes to adding safeguards for people with cognitive disabilities. Industry participants tend to view their responsibility to process transactions as one of their primary duties to the customer — for better or worse — and avoid the perception of being overly paternalistic to older customers. Like homeowners anticipating a storm, banks adopting this mindset may be preparing for rain when the real damage comes from the wind.

While it is important for customers to trust their banks to execute transactions in a timely manner, banks should also consider it their duty to protect their customers’ savings from fraud and financial abuse. Likewise, while it is important for any retail business to accommodate people with physical limitations, businesses should also accommodate those with cognitive disabilities, particularly considering that, by age 85, almost two-thirds of adults will experience some form of cognitive impairment [5].

Misconception #5: We can adequately manage elder-fraud and abuse cases without adding additional resources.

When the House Select Committee’s report was issued in 1981, there were about 26 million Americans aged 65 or older. The ranks of that age group have since swelled by 20 million, and by 2030 will reach 72 million, or one out of five Americans.

Banks that do not have a dedicated elder-fraud and exploitation unit or dedicated resources may be getting by on a case-by-case basis, working across legal, compliance, customer-service and fraud departments, and across product lines and business channels. They may be unprepared for the continued swelling of the ranks of older adults and the declines in cognitive function accompanying old age. How will informal arrangements, which do not readily scale, hold up to a near doubling of the older adult population, particularly in an environment of rapid innovation and increased competition from fintech companies?

Thoughtful planning and modest investments might go a long way toward enhancing a bank’s reputation for being socially responsible at a time when corporate social responsibility is commanding more interest and higher expectations from shareholders. On their own, older adults are inadequately equipped to defend themselves against multinational crime rings and financially abusive relatives. With the help of the financial-services industry, Americans can have a better shot at remaining financially secure in their old age.

How Will Technology Shape the Future of Banking?

Great piece, Larry. May I add Misconception # 6: There are no fintech companies that are ready, willing, and able to work with banks in innovative ways to address the issues of elder fraud and loss of financial capacity. EverSafe is one such platforms, and although it’s not free, it is eminently affordable. We analyze data across accounts and institutions – since exploiters rarely steal from individuals in one fell swoop. Thanks for your consideration.
-Liz Loewy COO, EverSafe