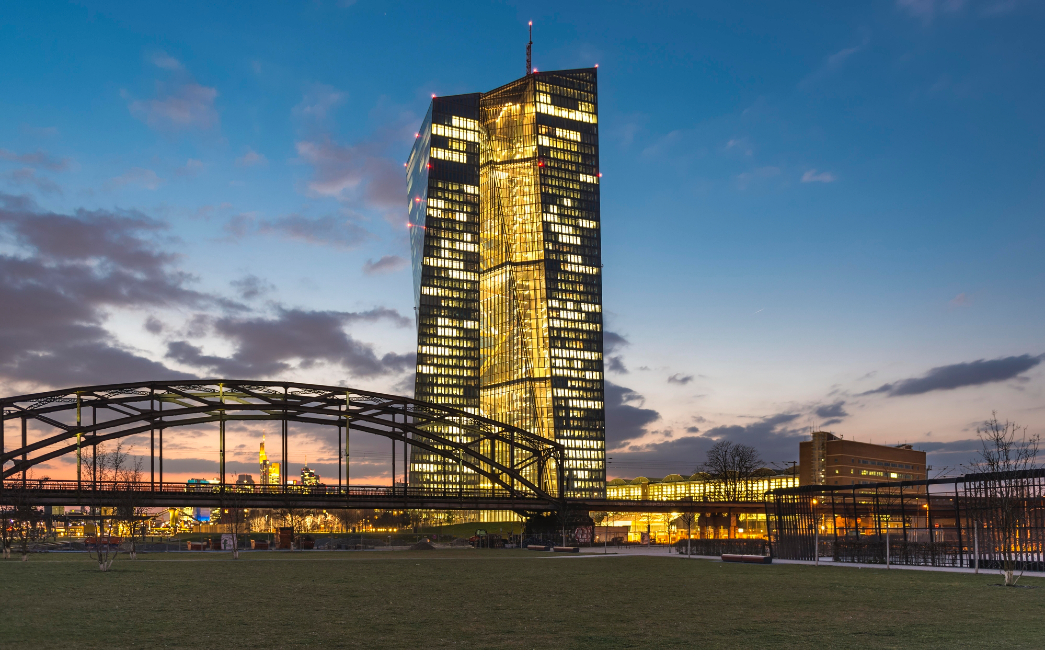 As the threat of climate change continues to grow, regulators in many parts of the world are tightening the disclosure requirements for financial institutions under their supervision so that lenders must now provide comprehensive and transparent risk disclosures related to the climate and environment. But are banks ready to comply with these new, stringent rules? Much of the evidence suggests that more effort needs to be committed at this stage. And in some cases, a lot more.

Indeed, banks continue to provide incomplete information regarding their climate-risk assessments to regulators. The European Central Bank (ECB) was decidedly candid in expressing its disappointment recently at the underwhelming climate-risk disclosures provided by the 109 lenders it supervises. Although the central bank for the 19-member eurozone did acknowledge that 70 percent of lenders are now providing disclosures versus around half just a couple of years ago, 60 percent are still not providing enough information on how transition risks or physical risks could affect their strategies.

And perhaps most astonishingly, not a single bank has met its supervisory expectations for disclosures, while just 15 percent have published data on the carbon emissions of the companies they finance. “Roughly three-quarters of the institutions do not disclose whether climate-related and environmental risks have a material impact on their risk profile,” the ECB found in its March report on banks’ progress towards transparent disclosure of their climate-related and environmental risk profiles. “This shows that these institutions are either unaware of the potential impact of the risks on their balance sheets or are aware of the impact but do not transparently disclose it.”

Such perceived shortcomings in climate-risk disclosures from European banks also pose problems for stress tests scheduled to be conducted later this year and next year, when banks will be required to provide more detailed climate-risk disclosures under the European Banking Authority’s (EBA’s) new Pillar 3 ESG (environmental, social and governance) disclosure framework. The US Federal Reserve also announced in October that it was developing its own scenario analysis to model the possible financial risks associated with climate change and assess the resilience of individual financial institutions and the financial system to these risks.

For the first time, the ECB’s stress tests will incorporate an assessment of the likely impact of climate change on the banking system, and as such, banks will need to model likely outcomes pertaining to various long-term and short-term climate-transition-risk and physical-risk scenarios. For example, the orderly scenario assumes that climate policies are introduced early and implemented gradually; the disorderly scenario explores higher transition risk due to policies being delayed; and the hot-house world scenario assumes that no new climate policies are implemented and that the current global efforts are insufficient to halt significant global warming. “Even though European emissions gradually decline under this scenario, global emissions rise until 2080, leading to global warming of around 3°C. Critical temperature thresholds are exceeded, leading to severe physical risks and extreme costs arising from the increase in frequency and magnitude of natural catastrophes,” according to the ECB. Other scenarios included in the test involve the impact of rises in carbon prices, heatwaves and heavy flooding.

But it would appear that banks’ climate-risk disclosures are proving wholly inadequate at present. “Banks are trying to compensate for the poor quality of their disclosures by issuing a great volume of information around green topics. We end up with a lot of white noise and no real substance on what both markets and supervisors really want to know: how exposed is a bank to C&E risks and what is it doing to manage that exposure?” Frank Elderson, member of ECB’s Executive Board and vice-chair of its Supervisory Board, observed in a keynote speech on March 14. “It is, of course, relevant for banks to publicise their efforts to, for example, reduce the electricity consumption of their branches. However, it would be much more significant if they were to announce how they are steering their activities towards risk management practices that are aligned with a carbon-neutral economy.”

As such, Elderson and the ECB have outlined the steps that need to be taken for banks to raise the bar on their disclosures of climate-related and environmental (C&E) risks. The regulator has already sent feedback to every bank under its direct supervision that identifies the most significant disclosure shortfalls and states, in no uncertain terms, what is required to plug the gaps. Elderson has also reiterated the growing consequences of failures by banks to comply with minimum transparency standards, with legal and reputational risks now expected to grow for those lenders that don’t improve the quality of their disclosures.

Indeed, those banks that continue failing to disclose such risks, according to Elderson, will be considered in breach of the Capital Requirements Regulation, and the ECB will use the “full array” of supervisory tools at its disposal to enforce the appropriate C&E disclosure standard, including publicly listing in its yearly report on banks’ Pillar 3 disclosures those banks that repeatedly fail to disclose their C&E risks. “More and more, clients, investors and other market participants want meaningful, comprehensive information on the climate-related actions of their banks. That way, they can make conscious, informed decisions about where their money goes,” Elderson added.

Europe is not the only region that seems to be falling behind on regulatory climate requirements. India, a country recently identified by the UN Intergovernmental Panel on Climate Change (IPCC) as being among the world’s most vulnerable countries to climate change, also appears to be experiencing significant challenges concerning the preparedness of its banking system to address climate risks. A March report published by Indian climate-risk specialist firm Climate Risk Horizons detailed the results of its in-depth analysis of the 34 largest scheduled commercial banks by market capitalization (12 public sector, 18 private sector and 4 small finance banks) on the Bombay Stock Exchange (BSE). The analysis was conducted against 10 climate-related criteria for a possible maximum score of 20 points, including a policy commitment to act on phasing out coal investments (power plants, mines, washeries and other coal infrastructure) and/or stopping new coal investments; verification of operational emissions; climate-scenario planning and analysis or other forward-looking assessments, such as climate stress testing; and issuance of green loans or financing towards climate-change mitigation and adaptation.

“The fact that 29 of the 34 biggest banks in India have scored less than 10 out of a maximum of 20 points should be seen as a blinking red warning light,” the report concluded. “Collectively, these 29 institutions represent a market cap of INR 11.85 trillion [$156 billion] as on 31 March 2021. This collective inaction is a stark reminder of [the] potential long-term damage to the Indian economy from financial institutions that are asleep at the wheel when it comes to addressing the risks from climate change.”

US regulators are now taking decisive action to ensure banks step up their own climate-risk commitments. On March 30, the US Federal Deposit Insurance Corporation (FDIC) approved a proposed Statement of Principles for Climate-Related Financial Risk Management for Large Financial Institutions, thus effectively establishing the steps that the US’ biggest banks must take to assess their climate-related risks effectively. Specifically, the principles aim to provide guidance for the boards of directors and senior management of large banks so they can create effective governance frameworks to measure and manage climate-related financial risks successfully.

The FDIC’s proposal comes hot on the heels of proposed rule changes submitted on March 21 by the U.S. Securities and Exchange Commission (SEC) that would require American companies (including banks) to include certain climate-related disclosures in their registration statements and periodic reports, such as information about climate-related risks that are reasonably likely to have material impacts on their businesses, results of operations or financial conditions, and certain climate-related financial-statement metrics in notes to their audited financial statements. “Today, investors representing literally tens of trillions of dollars support climate-related disclosures because they recognize that climate risks can pose significant financial risks to companies, and investors need reliable information about climate risks to make informed investment decisions,” said SEC Chairperson Gary Gensler in reference to the proposal. “Today’s proposal would help issuers more efficiently and effectively disclose these risks and meet investor demand, as many issuers already seek to do.” Former SEC chief accountant Wesley Bricker, meanwhile, called the rule changes “a very significant moment for business and stakeholders” and said that the proposal “raises the bar for all companies”.

But such proposals may yet be challenged by legislative opposition, particularly from the Republican Party, which argues that the changes will harm investors, the economy and the SEC itself. “The proposal, by contrast, tells corporate managers how regulators, doing the bidding of an array of non-investor stakeholders, expect them to run their companies,” SEC Commissioner Hester Peirce wrote in voting against the proposal. “It identifies a set of risks and opportunities—some perhaps real, others clearly theoretical—that managers should be considering and even suggests specific ways to mitigate those risks. It forces investors to view companies through the eyes of a vocal set of stakeholders, for whom a company’s climate reputation is of equal or greater importance than a company’s financial performance.”

And in a piece for the Wall Street Journal, former SEC Chairman Jay Clayton and the ranking Republican member of the House Financial Services Committee, Patrick McHenry, described the SEC as adopting an “activist approach to climate policy—an area far outside the SEC’s authority, jurisdiction and expertise [which] will deservedly draw legal challenges” for going against the SEC’s “time-tested approach to capital allocation”.

Quantum Computing: An Imminent Gamechanger for the Banking...

Opportunities Galore for Fintech Development in...