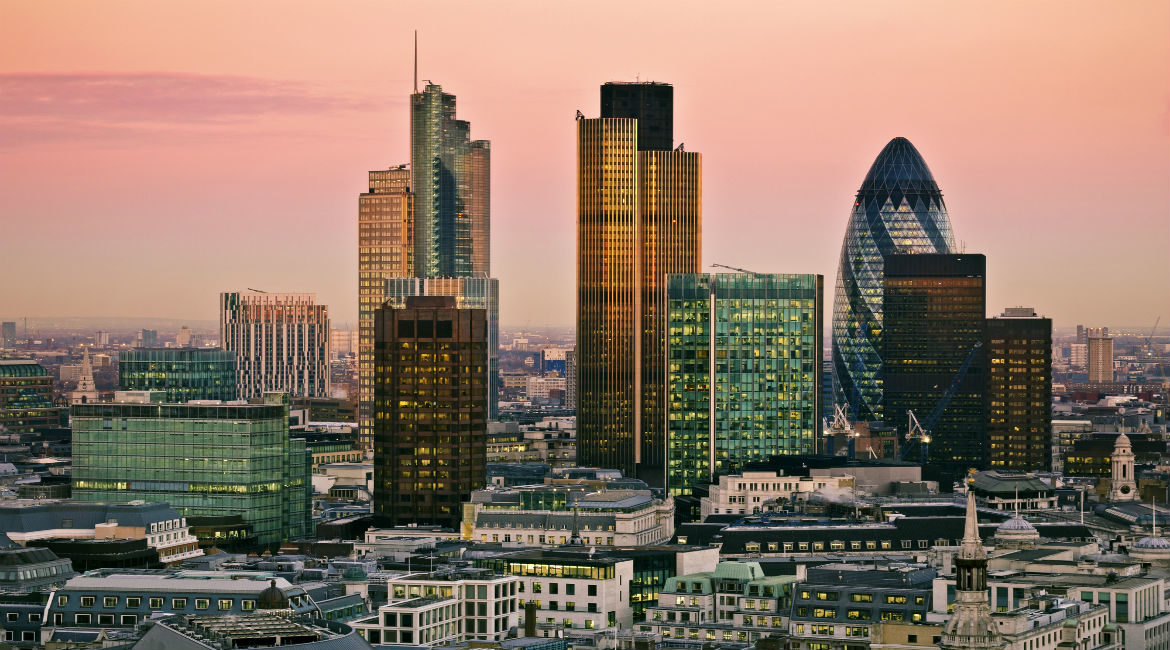 European bankers must be feeling nostalgic for late last decade, when the global financial crisis unleashed a tsunami of regulations. All that transformation—lifting capital ratios by more than half and revamping billions of dollars of derivatives—rolled out relatively smoothly, compared to what the industry now confronts in Britain’s exit from the European Union (EU).

At least with the crisis-response measures, the changes were sketched out at a global level, then put into place through a familiar process of legislation, regulation and implementation. The journey has been bumpy but predictable, and the destination plotted out clearly in advance. With Brexit, in contrast, the bankers have spun in turmoil since awakening on the morning of June 24, after the vote. It’s not just the pinstriped London crowd with something at stake. More than three-quarters of capital-market activity for the rest of the EU—as in, the 27 member states apart from the UK—flows through the City, according to the New Financial policy research organization. Reports from the likes of PwC (PricewaterhouseCoopers) bear out the same sense of scale for what the rest of the bloc has to lose from a rupture.

More than 5,000 UK firms—many of them small operators—have registered their “passports” to do business across the EU. Some 8,000 European firms do the same in reverse, according to British government figures.

“Unpicking this interdependence could be a complex, lengthy and costly process,” New Financial’s William Wright said in a report on the potential impact of Brexit, before the vote. Even a 5-percent increase in cost would amount to $4 billion, according to the think tank. Some more recent analysts suggest much bigger numbers, depending on the outcome as well as the clarity of the process.

In the stunned aftermath of the referendum, financiers lobbied for the “softest” form of Brexit available. Soft, in this case, referring to the degree of dislocation for business. Some bankers even advocated a Norwegian-style deal to abide by the bloc’s rules and maintain free access to its market—giving up Britain’s seat in the EU’s decision-making institutions while leaving financial life unchanged.

The UK, after a change of leadership, took some time to indicate a direction—and it leans much harder than the industry had hoped. The policy course has been set through a series of slow elaborations on Prime Minister Theresa May’s pronouncement that “Brexit means Brexit”. The details sketched in since then—in her January 17 speech and in a February 2 White Paper—have all but ruled out maintaining an umbilical link with the EU. “We will not be seeking membership of the Single Market, but will pursue instead a new strategic partnership with the EU,” the paper read. The statement made plain what financiers had already feared—that the government’s priorities of curbing the immigration of workers and stepping out of the jurisdiction of the EU’s court in Luxembourg had all but ruled out keeping a foot in the bloc’s borderless business zone.

“In our new strategic partnership agreement we will be aiming for the freest possible trade in financial services between the UK and EU member states,” the paper went on to say. “It should give UK companies the maximum freedom to trade with and operate within European markets and let European businesses do the same in the UK.” For UK financial firms, there’s little clarity for what this means, and no template. “We do not seek to adopt a model already enjoyed by other countries,” the paper continued.

One approach, much discussed in financial services, would be for the UK to simply maintain the same rules as Europe and let firms carry on business as equals. As an official EU designation, “equivalence” rules to a European Commission recognition of another jurisdiction’s rulebook. With such a finding, plus cooperation agreements among regulators, foreign firms can operate in the bloc in a number of sectors. Those include insurance, auditing, financial conglomerates, derivatives trading and clearing, and asset management. Not every sector has such a provision, though, and the precise requirements to win an equivalence finding differ, law by law.

EU legislators also have grown shyer in recent years about allowing unfettered access. And the rules let the European Commission bestow it, or withdraw it, as it sees fit. Even in cases in which countries have designed their regimes to dovetail with Europe’s, obtaining the equivalence designation hasn’t always been easy. Banking will be a particular concern. There’s no automatic equivalence setup based on capital rules or other basic licensing requirements, such as approval of senior management.

Even if both sides agree simply to hew to global standards—as the Bank of England espouses— the EU is considering legislation that would require lenders from abroad to set up intermediate holding companies in the bloc. This suggests that bankers will need the UK to win some bespoke agreement in the Brexit negotiations to minimize the disconnect and maximize business across the English Channel.

In any case, companies expect to have to restructure some operations to fit the requirements, whether through the holding company or some other setup still to be decided. It may take until the end of the Brexit negotiations to nail down precisely what those needs will be. If a complete overhaul is required, finance may need years more to find a steady state. “Banking transformation programmes” for companies typically take two to four years, according to a report by PwC, commissioned by the Association for Financial Markets in Europe. The February 2 paper, “Planning for Brexit—Operational impacts on wholesale banking and capital markets in Europe”, stated that banks using the UK as a European hub face the biggest hurdle and may need the long end of that time range. Lenders with more diffuse, pan-European structures will be better placed—but will still need two years to realign their business networks. The expense of all this seems incalculable. These sorts of corporate overhauls typically cost “many hundreds of millions of pounds” per company, according to PwC. But the result of the Brexit talks may not end up requiring such transformational moves. Who knows?

The multinational banks can’t afford to wait to find out. They’re moving now, in case there’s no extension or transitional arrangements after the EU treaty’s two-year separation process. Facing the spectre of an EU holding-company rule, and seeing the prospects for a stumble in an equivalence system, big European financial firms are already moving to transplant some staff or business lines in the soon-to-be remaining 27 countries. Industry officials suggest myriad landing points for those shifts—Paris, Frankfurt, Madrid and Dublin among them. Tens of thousands of jobs may move, whether by relocating staff or shutting down some offices and making new hires elsewhere. Job One for the banks is to position themselves defensively, to avoid falling off a regulatory cliff edge with no ability to market themselves to continental clients.

The pace of other regulatory changes has hardly slackened, meanwhile. The process of developing global standards, cascading down into EU and national rules, continues. But that multinational system is on the edge of a different type of change, which could complicate life after Brexit. After the US housing downturn turned into a global financial crisis, multinational regulatory bodies took on unprecedented power and leadership in yoking the world’s financial centers together with detailed standards. The agenda was hammered out by consensus in global forums such as the Group of 20 and the newly created Financial Stability Board. Some British leaders, including Bank of England Governor Mark Carney, suggest that this global order could be the basis for keeping finance working across the EU regulatory divide. Yet, the international harmony may be unraveling out from under them, at the worst possible time for the Brexit discussions. The Basel Committee on Banking Supervision, which sets capital standards, has broken out in the most visibly public dispute in its three decades of work over a US-led charge to tighten up banks’ risk-modeling. European leaders are pushing back against the US-led charge—although the US position has been thrown into doubt with the start of Donald Trump’s presidential administration.

The EU, meanwhile, has lagged behind the US and some other countries in overhauling the derivatives market. Those measures include central clearing of standardized contracts, trading of them on regulated platforms and formal margin requirements on other deals. The drive to globalise Europe’s insurance regime seems to be running out of fuel in the meantime. The International Association of Insurance Supervisors has displayed the difficulty in reaching an accord on capital standards by delaying an introductory step of having insurers report their capital positions to regulators as computed under the planned regime.

The prospects of a break in the global regulatory unity can only divide the UK further from the continent. If the anchor of global standards breaks loose, Britain and the EU will have a harder time keeping in step on financial regulation. British firms will still have to adapt to the coming standards, at the behest of UK regulators. Firms may face duplicate or divergent demands from the rest of Europe.

In the industry’s worst case, they’ll have to live up to such conflicting demands after Brexit. In the even-worse-than-worst case, they won’t find out for two years and will get no extra time to adjust. The financial sector has never faced that prospect at the height of post-crisis rulemaking.

How important is cash to optimising in-branch journeys?