Top Posts
Banks Remain Uniquely Vulnerable to Sophisticated Cyber-Attacks
Western Banks Willing to Accept the Short-Term Pain of Russian...
Why the US Is Ramping Up Its Presence in Somalia...
How Technology Is Helping to Solve Global Supply-Chain Issues
UK Inflation Climbs to Fresh 40-Year High
Extended Reality and the Metaverse Are Leading Financial Services into...
Home Banking Banks Now under Increasing Pressure to Address the Gender Pay Gap
Banking 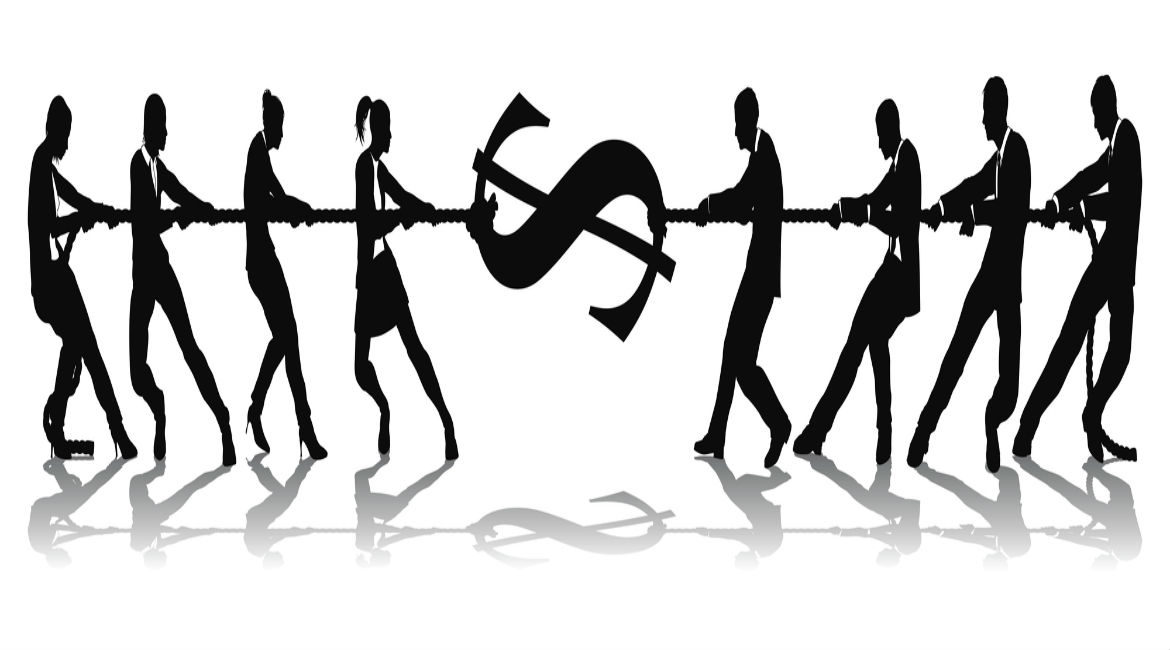 On January 15, Citigroup made history by becoming the first US bank to provide wage data divided by gender and ethnicity. Until very recently, banks were distinctly reticent about disclosing such data; but thanks to a shareholder proposal from sustainable-investment advisory firm Arjuna Capital, Citi has reversed course and taken public action on its gender pay. As such, many now believe that the move could set a precedent for other US banking and financial firms to follow.

In the wake of the highly publicised #MeToo social-media movement that emerged in late 2017, shareholder “activists” such as Arjuna, Trillium Asset Management and Calvert Research and Management are increasingly focusing their efforts on making pay data from both Wall Street and Silicon Valley more transparent, particularly with regards to gender. As far as the finance industry is concerned, it has been Arjuna Capital—a firm that is firmly focused on sustainable and impact investing—that has played the key role in using shareholder resolutions to persuade banks—starting with Citi—to provide such data. In the words of Arjuna’s managing partner Natasha Lamb, Citi is “stepping into a leadership role on the gender pay gap that we have not seen from any of its US financial peers”.

Lamb also believes that the bank’s disclosures will be “a tipping point for the Wall Street Banks”—already it seems this assertion is being proven correct. By January 25, Bank of America had followed Citi’s example and announced a similar commitment to equal pay. And then two more major names, Wells Fargo and Bank of New York Mellon, joined the movement in the first week of February. In all four cases, Arjuna Capital was the driving force. Indeed, last year saw the investment firm file a total of nine gender pay-equity shareholder proposals, asking the four aforementioned lenders, as well as JPMorgan Chase, American Express, Mastercard, Reinsurance Group of America and Progressive Insurance to come forward and publish their gender pay gaps. Although all nine initially rejected the proposal, it is clear from the actions of the four banks that the tide is now changing.

The question that now arises is which of the remaining five financial institutions will come forward. It certainly seems that more and more banks are now gradually disclosing details about the differences in pay between their male and female employees. And this is not just confined to the United States; on the contrary, countries around the world are passing laws to improve transparency of pay, including Germany, Australia, Austria and Belgium.

Arguably, it’s the United Kingdom that is leading the charge to close the gap. The Equal Pay Act of 1975 made it illegal to treat women and men differently in the workplace; and yet according to recent data from the UK government’s gender pay-gap service, the median gender pay gap is currently 18.4 percent for all employees (up from 18.2 percent in 2016), 9.1 percent for those specifically in full-time employment and an astonishing 24 percent for the financial-services industry. Perhaps with this in mind, the UK government has recently introduced a new rule, effective from 2018 onwards, that requires all companies with more than 250 workers that are based in the country to disclose details of their gender pay differences. As Prime Minister Theresa May acknowledged in October, “The gender pay gap isn’t going to close on its own. We need to see a real step-change in the number of companies publishing their gender pay data and offering progression and flexibility for all employees.”

Under pressure to improve its internal employee diversity, the Bank of England has taken the lead in this regard. In November, the UK’s central published a detailed report about its gender pay gap, revealing that female workers earn 24 percent less than their male colleagues on average, based on median hourly earnings. For Clydesdale Bank and Yorkshire Banking Group, which published its first gender pay-gap report last year, male staff were paid 37 percent more per hour on average than their female colleagues.

But does the difference between gender pay mean that discrimination is at play? Not necessarily, it seems. Indeed, as the Bank of England (BoE) explains in its report, the main reason for the gap is “an imbalance of male and female colleagues across the organisation”. When accounting for the fact that there are fewer women in senior roles than men, as well as a higher proportion of women relative to men in lower scales, “the gap reduces to around 3.0 percent”. Clearly, the very fact a gap still exists is of concern, but such results suggest that gender discrimination is far from being the chief culprit.

The Office for National Statistics’ (ONS) conclusions, meanwhile, are largely consistent with the BoE’s findings. The agency attributes the existence of the pay gap to three main factors:

Three of the four US banks that have published their data report similar findings—that women in those companies earn 99 percent as much as men after adjusting for factors such as type of job and geographic location.

Nevertheless, banks are taking action to close the gap. The BoE has reiterated its commitment to meet its “Diverse and Talented” strategic goals first announced three years ago. Measures include having 35 percent female representation in senior roles by 2020—currently it stands at 30 percent, having increased from just 20 percent in 2014. As Governor Mark Carney has observed, “We’re confident that men and women are paid equally for doing the same job at the Bank; however, the greater proportion of men than women in senior roles creates a gender pay gap.”

A slew of financial institutions have also signed up to the HM Treasury’s Women in Finance Charter, a commitment by firms to:

By November 2017, the Treasury announced that 162 financial-services firms had become signatories of the charter.

Furthermore, advocates for equal pay should at least be encouraged by evidence strongly suggesting that things have improved over time. Going back to 2015, for instance, a study from the UK Commission for Employment and Skills (UKCES) found that in 9 out of 10 industries, women earned less than men, that the earnings differential was 19.1 percent, and that the disparity in the financial and insurance sectors was the worst of all at 40 percent. Today, the banking industry’s average has improved to 26 percent, with a woman earning £28,712 on average and a man earning £36,840. 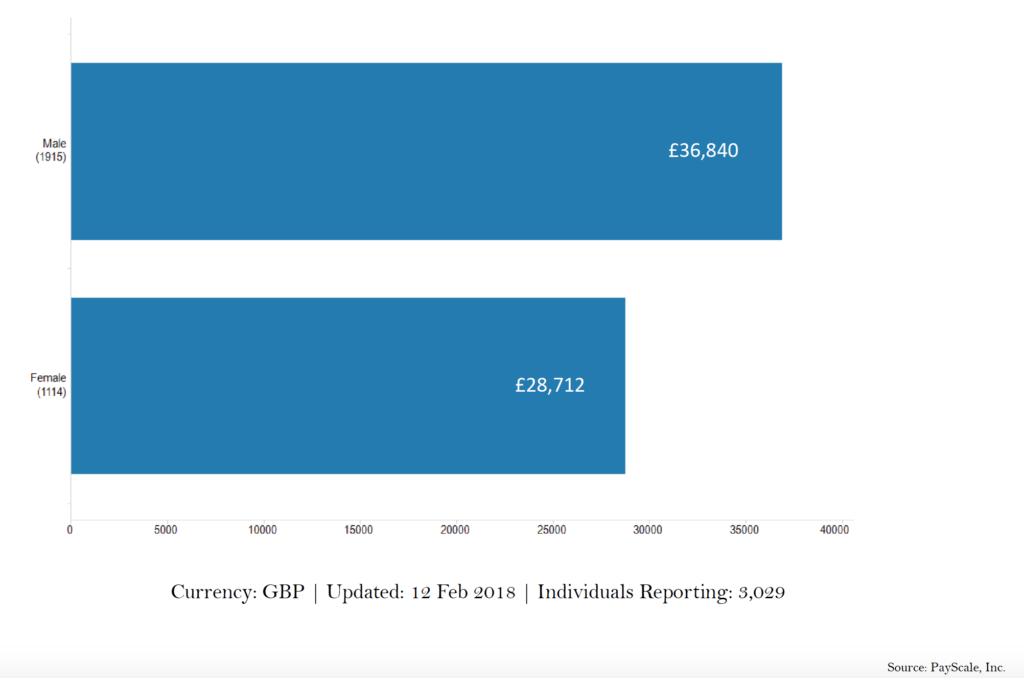 With the advent of social movements committed to gender equality, however, there is much optimism over further closure of the gap during the coming months and years. Natasha Lamb expects that women at Citi will now not only receive the pay they deserve, but that the bank “will reap the benefits of talent acquisition and retention so that more women can move into leadership”. She also expects that other leading banks will now be faced with two choices—“follow Citi’s example on gender pay or risk further laggard status on issues of concern to women”.

Perhaps more than any single factor, moreover, is the compelling business case for boosting female participation at senior levels. According to research from McKinsey & Company, those companies with diverse executive teams have substantially higher returns on equity, earnings performance and stock-price growth vis-à-vis their more homogeneous peers.

Ultimately, it remains to be seen whether gender discrimination plays any significant role in the banking sector’s pay gap. At this stage, however, it would at least appear that addressing this issue is becoming a bigger priority for the industry; and with a greater push for transparency, it seems highly likely that banks will continue to be held to more stringent levels of accountability.

PSD2: Opening Up a New World of Opportunity