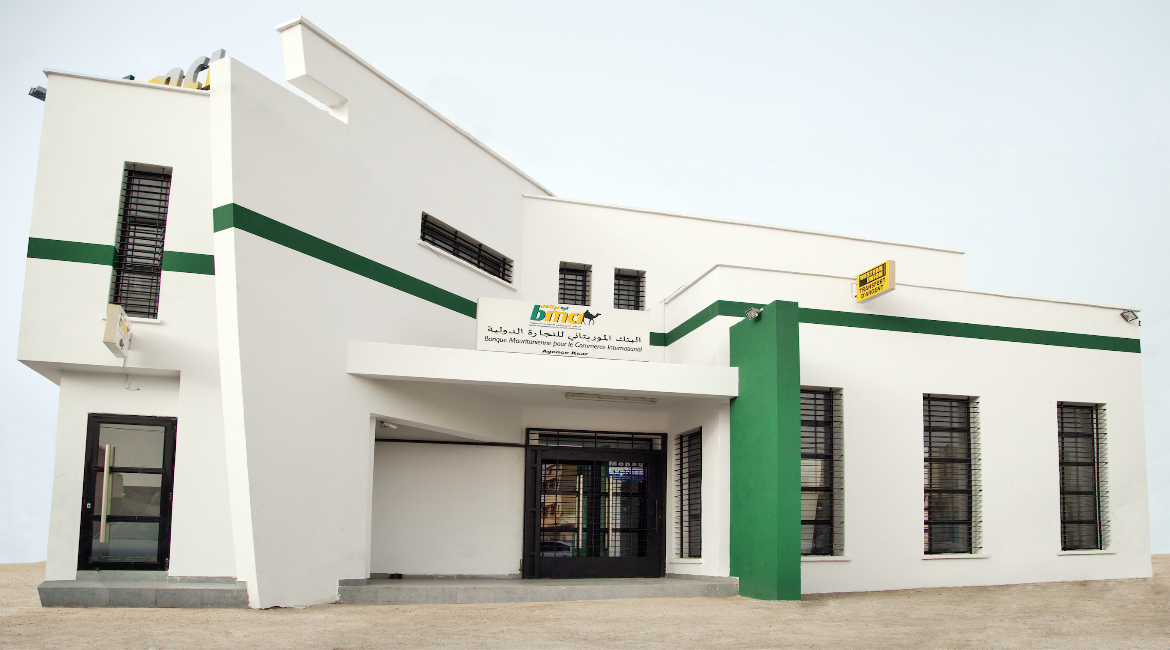 In December 2014, Banque Mauritanienne pour le Commerce International (BMCI) celebrated its 40th anniversary. This important milestone on the path of the Mauritanian lender’s long-term development provided a timely opportunity to reflect on 40 successful years of sustained growth and accomplishment. Indeed, by the time of the anniversary, BMCI was able to proudly claim a leading position in the banking industry of Mauritania, with a network of 38 agencies covering the entire nation and a customer base well over the 100,000 mark.

BMCI has a rich and illustrious history. Created in 1974 under the name Banque Arabe Africaine en Mauritanie, the lender began life with 150 million ouguiyas (equivalent to USD 417,000 in today’s prices). It was initially co-owned by the Central Bank of Mauritania and the Arab African International Bank, which held 51 percent and 49 percent shares respectively. Since then, the bank has undergone a dramatic transformation that has included being taken over by the Abbas family in 1984; changing its name to Banque Mauritanienne pour le Commerce International in 1986; acquiring the major institution BICIS Gambie in 1997; taking a 15-percent stake in International Bank for Trade and Industry of Mali in 1998; and by the turn of the century, effecting a complete overhaul of the bank, which involved redesigning its computer system, developing remote-banking tools and significantly expanding its branch network. Throughout this period, the bank also bolstered its capital base on a regular basis.

A vast network of organisations across 26 countries help to support the commercial activities of BMCI, in addition to the employment of more than 400 highly skilled banking professionals who are specialised across a range of financial disciplines. Globally, the bank is well connected via an extensive network of correspondent banking entities, many of whom are the biggest names in the industry, such as Citibank, Natixis, UBAF and Banco Bilbao Vizcaya Argentaria. For all such relationships, BMCI has credit lines in place to the tune of more than USD 80 million in total, indicating just how strong the bank’s credit profile is regarded on the international stage.

Retail banking is among BMCI’s most developed business divisions to date. As Mauritania’s oldest bank, the lender has managed to forge enduring relationships with its customers that extend beyond simply—and facelessly—generating value. Indeed, given the geographical breadth of the bank’s presence and the fact that not all of BMCI’s locations are necessarily profitable, there is ample evidence that the bank prioritises global coverage for its clients over short-term financial gains. While other banks may claim to put the customer at the heart of their business, BMCI clearly demonstrates this in practice. Customers are firmly placed at the centre of the bank’s universe, while the service provided to them is in a near-continuous state of improvement. As such, methods to remove non-value-added processes are constantly being unearthed in order to make banking transactions easier for the customer.

Of utmost importance among BMCI’s retail- and commercial-banking outfits is its Islamic-finance business. For more than 10 years, the bank has sought to satisfy its customers’ ambitions, whilst at the same time maintaining complete respect for Islamic Shari’ah principles. Its commitment to Islamic banking is perhaps best exemplified by the agreement of a $3.8 million Murabaha financing agreement—a non-interest-bearing, Shari’ah-compliant financing structure—with the International Islamic Trade Finance Corporation (ITFC), a subsidiary of the Islamic Development Bank. The agreement was a “two-step” Murabaha, which meant that one was arranged between BMCI and ITFC, and the second between ITFC and its end beneficiaries, which in this case was a selection of SMEs (small and medium-sized enterprises). 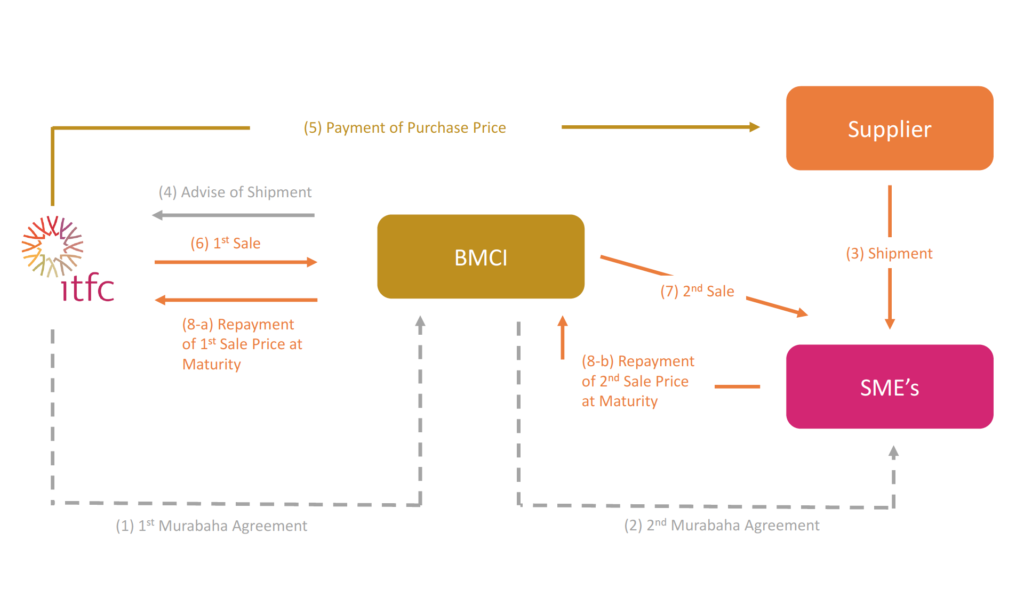 The two-step Murabaha between BMCI and ITFC was so well-received that it ended up winning the Best Murabaha award from the Islamic Finance News in Dubai. BMCI also received a prestigious award for its prowess in the Islamic-banking space from the highly reputable international business organisation GlobalTrade Leaders’ Club. Through the elaboration and implementation of a rigorous strategy, as well as the adoption of high-quality management, the bank was considered to have succeeded in cementing a prominent foothold in the economic market and international financial system.

Thanks to a healthily expanding market for Shari’ah-compliant products in Mauritania, BMCI has also started to provide relatively new and innovative Islamic-financing products to its customers. Besides Murabaha, for instance, the bank also offers the product Idjar, which involves buying property in order to lease it out to clients. BMCI also allows clients to acquire the assets upon completion of the repayment period.

Delivering its diverse suite of products to customers in an efficient manner is something of a priority for BMCI, and this is often addressed through the utilisation of technology. Today customers can access with convenience some of the latest digital-banking products available on the regional market through the bank’s tech brand, BMCI Net. As such, they are able to execute a multitude of important banking tasks via their smartphones or computers. The SMS (Short Message Service) banking service, for instance, allows a customer to receive the balance of her account on her mobile phone, and with complete confidentiality. Account-to-account transfers can also be executed through mobile banking, while customers are now able to access the majority of their banking affairs in real-time and free of charge.

Developmental projects to serve the wider community are given particular importance at BMCI. For instance, the bank established a new branch community programme last year, one in which three separate branches are given the opportunity annually to choose a project in their respective neighbourhoods that will be financed by the bank. Such projects are wide-ranging, from purchasing medical equipment to school renovation. Another example of BMCI’s care for the community is the creation of the Fondation Sidi Mohamed ABBAS, which was founded with a starting budget of 30 million ouguiyas and which helps young people to start and develop income-generating activities. The bank also sponsors high-school football tournaments all over the country, and it previously supported the construction of two health-care centres that are now under the control of the country’s ministry of health.

Ensuring perpetual success is of paramount importance to BMCI, and this is being fostered through the enactment of one of Mauritania’s most-lauded human-resources policies. The bank’s training budget is one of the highest in the banking industry, with 20 percent of employee costs being devoted to staff-development initiatives, including master-level courses at the management level, banking training for middle-level employees and tailored training programmes for future bank leaders (such as Lean Six Sigma certification). In allocating such a hefty proportion of resources to the development of human capital, the bank has become the employer of choice for new banking recruits in Mauritania, and consistently presents itself as a viable employment alternative for those currently working for competitor banks. 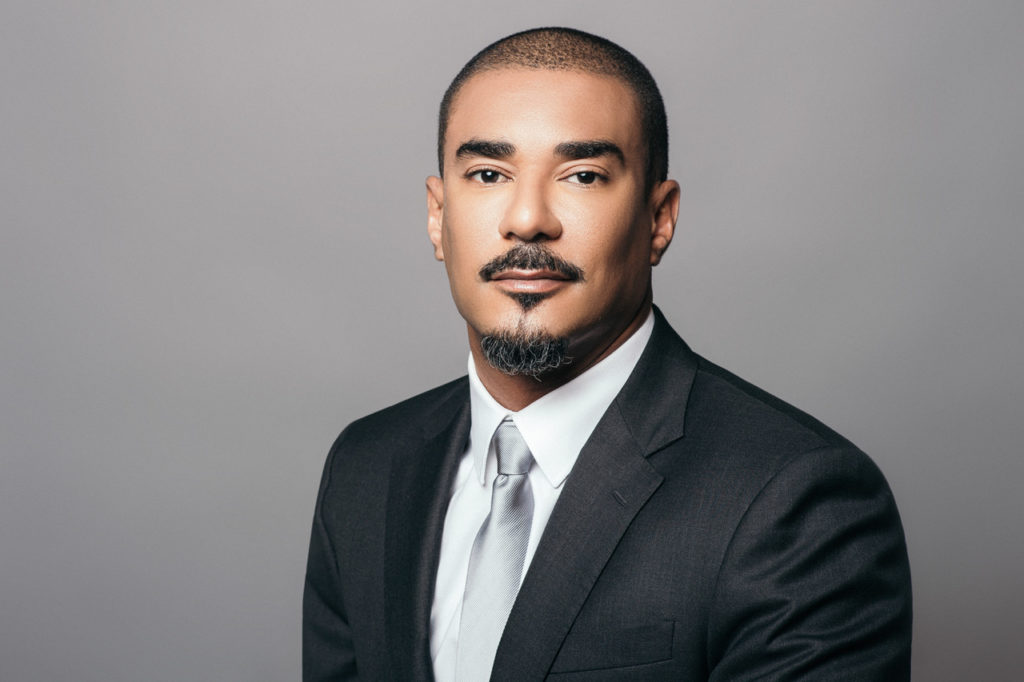 One position in particular within the bank, however, has been more lauded in recent years than the others. Although BMCI’s success can be considered a collaborative effort, it would arguably not have been able to reach the heights it has managed in recent years without its formidable CEO, Mr Moulay Abbas. In the most recent “Choiseul 100 Africa”, which identifies and ranks those young African leaders under the age of 40 who will play an influential role in the continent’s economic development during the coming months and years, Mr Abbas placed in the 32nd position. Indeed, he has consistently been featured on the list over the last few years, thus underlining the respect he commands, as well as the impact he is having on African banking.

Mr Abbas has been particularly explicit about what the bank needs to do during the coming years to consolidate its place as Mauritania’s premier banking institution. Measures that he has been recently putting into practice include developing the personal market and targeting promising sectors within the corporate market; innovating and adapting the bank’s products to more simply meet the needs of its customers; strengthening the branch network and diversifying distribution channels; and continuing to provide education and skills training for employees.

Pertinent challenges to the bank’s prosperity remain, however. Increased competition in the Mauritanian banking market, for example, could begin to erode BMCI’s dominant position in the country. Such challenges, however, can be countered by the strategic development of new services and products, as well as continuing to offer an ever-greater quality of service to existing clients. Indeed, despite attaining such a lofty status both in Mauritania and beyond, there does not appear to be evidence of BMCI resting on its laurels. On the contrary, the bank’s strategy is to keep developing its network and its range and quality of services in order to be closer to its existing customers, as well as to solidify its leadership position in the Mauritanian market.

There is also a clear plan to further enhance internal operational efficiency, streamline business processes and improve the overall banking experience for customers, principally through the completion of its ongoing information-technology (IT) and structural projects. The bank, somewhat refreshingly, is also keen to progress according to the feedback it receives from its clients, thus again providing demonstrative evidence of truly putting the customer at the very core of its business—and doing so in a notably dynamic way. While BMCI may continue to grow significantly going forward, therefore, its desire to remain close to its customers and to strive to improve the services offered to them will crucially help it outmuscle the competition in Mauritania’s increasingly crowded banking industry. As such, the bank’s dominant market position looks set to remain for some time to come.