Top Posts
Can the Indo-Pacific Economic Framework Expand US Economic Influence in...
Banks Remain Uniquely Vulnerable to Sophisticated Cyber-Attacks
Western Banks Willing to Accept the Short-Term Pain of Russian...
Why the US Is Ramping Up Its Presence in Somalia...
How Technology Is Helping to Solve Global Supply-Chain Issues
UK Inflation Climbs to Fresh 40-Year High
Home Banking Basel IV: What Will Be Its Impact on Europe?
BankingContributors

Basel IV: What Will Be Its Impact on Europe? 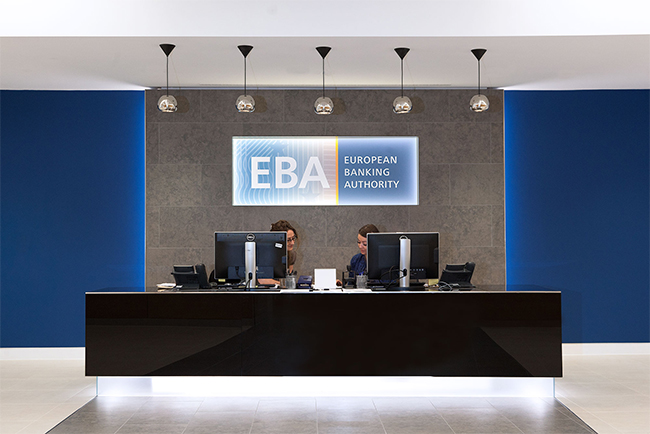 Banks and their supervisors likely breathed a sigh of relief on March 27 when the Basel Committee on Banking Supervision (BCBS) announced a delay in the implementation of Basel IV. The complex, and sometimes controversial, recommendations have been the source of much industry debate, with many concerns as of yet unresolved. The aim of this new set of Basel recommendations—as with previous iterations of the standards going back to 1998—is to ensure banks’ resilience to crises. The standards prescribe how much capital and liquidity banks need to hold against all of their exposures—refined over the years in line with perceived shortfalls and lessons learned from previous crises.

The framework was shortly due to be translated into European law. However, with the outbreak of COVID-19, the BCBS—recognising that constraints on bank lending would be less than helpful in these uncertain and volatile times—has delayed implementation by a year to help free up operational capacity for banks. Timely as this intervention is, it is important to note that it is no more than a temporary let-up: the BCBS still expects that a full and timely implementation of the reforms will be carried out in accordance with the new timeline. And, even if COVID-19 brings about further delays or amendments, there is still work to be done to iron out some of the existing issues, particularly with regard to European implementation.

So, with the revised package still broadly on course, what does it mean for banks? And how can this additional time best be used to ensure an orderly and reasonable implementation?

The impact of new capital requirements under Basel IV is significant, requiring banks to review and adapt all capital-consuming products according to a new framework. One of the most important changes concerns the imposition of standardised models for calculating risk-weighted assets (RWAs) and constraining the use of internal ratings-based (IRB) models. The risk weights under the standardised approach are not simply more stringent than those under the IRB approach, they are sensitive to a completely different set of factors, resulting in significant discrepancies in output.

Notably, much controversy has surrounded the new “output floor”, which limits the degree to which risk weightings from banks’ internal models can differ from that calculated under the standardised approach. Under the new rules, banks’ RWA calculations for capital requirements for Pillar 1 risks generated through the use of internal models cannot fall below 72.5 percent of the RWAs calculated under the standardised approach. Whenever the internal models do output a lower risk, the bank must “top up” its risk weightings and capital allocations accordingly.

Given this, early insights suggest that Basel IV will require banks to allocate significantly more risk and capital to many transactions. While this will ultimately ensure a safer and better-capitalised banking system, some voices, particularly in Europe, have expressed concern that its implementation into regional laws will need to take into account certain local subtleties, or it will risk driving up the cost of capital for banks unnecessarily.

The recommendations set out within Basel IV remain just that, as the BCBS relies on national or supranational jurisdictions to transpose these appropriately into the relevant local legislation.

In the European Union (EU), this falls to the European Commission (EC), which concluded a consultation with its members in January 2020 on the finalised package—set to be implemented in the form of the Capital Requirements Regulation III (CRR III).

What can we expect from CRR III? Final legislation must be appropriate, risk sensitive and, crucially, consistent with what has been set out under Basel IV. However, the balance between global, regional and national interests will need to be carefully assessed with the final Capital Requirements Regulation III, as the potential repercussions are significant.

With the newly revised output floor, the European Banking Authority (EBA) has estimated that the impact of the regulations will cause RWAs to increase by 28 percent on average, equivalent to a total capital shortfall of €135 billion for European banks. Banks will have to manage the additional capital requirements that this incurs—likely either by increasing pricing or by stepping away from certain businesses or products.

As a result, European corporates are also likely to feel the repercussions of the new framework—certainly in terms of pricing and availability of funding. More concretely—and, again, this is a particular issue for Europe—all exposures to corporates that do not have an external credit rating will see significant RWA increases: from the current levels of 20–50 percent to 100 percent under the new framework. While external rating is relatively widespread among corporates in the United States (US), for instance, only 20 percent of European corporates are externally rated. European businesses source the majority of their capital through good relationships with their banks, which, in turn, have taken the time to analyse them and understand their risks well. Typically, this has been done using AIRB (advanced internal ratings-based) models, which allow banks to develop their own quantitative models to estimate required capital for credit risk. However, measures aimed at improving comparability of capital ratios between banks have identified these as key drivers of variability, and, under the new Basel package, the AIRB approach is no longer permitted for large corporates or financial institutions.

There remains some leeway for banks wishing to use an internal model, as the foundation IRB (FIRB) approach, a simplified model with certain pre-set parameters, can still be used in cases in which AIRB has been taken off the table. This has its limitations as well, however. Under the FIRB model, the maturity is fixed at 2.5 years, and as such, the final figures calculated do not differentiate the maturity. This would mean that, when calculating RWAs, the input for a 10-year loan would be the same as that for short-term trade-finance products, for which the maturity typically does not exceed 12 months.

It remains to be seen how the Basel IV framework will be transposed in detail, with the European Commission, members and European Parliament (EP) all carefully assessing how to implement the package, but addressing these regional specificities remains an important part of ensuring a suitably risk-sensitive model for determining capital requirements.

COVID-19 delay: a time for reflection

So, with much still to be settled, how exactly are we positioned with regard to the delay? In practice, the delay comprises a number of changes in the timeline for the implementation of outstanding standards. Notably, the implementation has been deferred by one year to January 1, 2023, with the accompanying transitional arrangements for the output floor also extended by one year to January 1, 2028. Other changes include a delay in implementation for the revised market-risk framework and revised Pillar 3 disclosure requirements.

What does this mean in the short term? The primary objective behind the decision to delay implementation is to free operational capacity for banks and supervisors to provide critical services to the real economy and ensure that the banking system remains financially and operationally resilient. Indeed, the revised timeline is not expected to dilute the capital strength of the global banking system but rather to provide banks and supervisors with the additional capacity to respond immediately and effectively to the impact of COVID-19.

The delay will also provide additional time to assess how to integrate the package into European legislation. European banks have a traditionally strong connection with their corporate counterparties—any regulatory changes will need to be carefully assessed to ensure these are not unnecessarily impacted. With several issues still to address, the longer timeframe for implementation will hopefully provide time for reflection, refinement and additional debate on the specifics of CRR III—ensuring that we end up with a regulation that strikes the delicate balance between robust and standardised capital requirements and the flexibility needed to accommodate different business models and cultures.