Top Posts
Challenges Remain, But There Are Opportunities to Be Had in...
Interview with Mr. Olukayode Pitan, Chief Executive Officer and Managing...
Commodities Outlook for 2023
The Value of Cash in a Time of Crisis: How...
The US-Africa Leaders Summit: Fostering a Closer Relationship with the...
Three Key Sectors in Which to Invest in 2023
Home Banking BIDV: Thriving In Vietnam’s Economic Growth
BankingCompanies 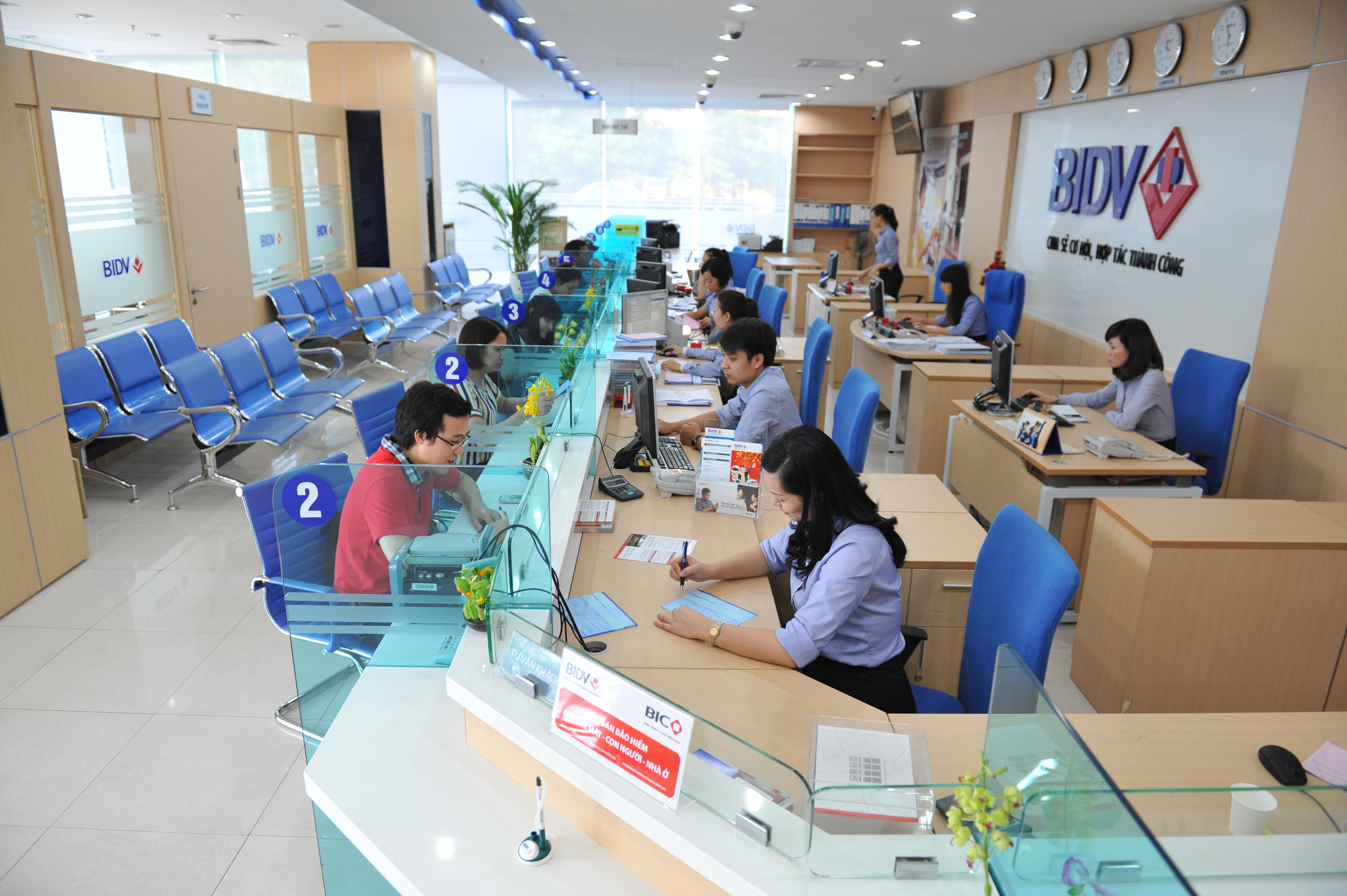 Vietnam’s GDP rose 5.42 percent in 2013, faster than the 5.25-percent pace in 2012 and the median estimate of 5.3 percent. Vietnam’s growth is being supported by exports and foreign investment. The country’s exports-to-GDP ratio increased to 75 percent in 2013 from 56 percent in 2009. Vietnam received $11.5 billion in disbursed foreign direct investment in 2013, a 10-percent increase from 2012. Pledged FDI was $21.6 billion, a gain of 55 percent from 2012. Vietnam is a potential market, which has 90 million consumers, the third-largest population in Southeast Asia after Indonesia and the Philippines, with increasing incomes, young manpower, a high literacy ratio, low labor costs and good discipline.

While many emerging markets across the globe have been suffering substantially, Vietnam’s economy has been growing – expanding 5.4 percent in 2013. Over the last two years, Vietnam’s economy has produced a relatively stable macroeconomic environment, especially when compared to the financially turbulent period of 2007 to 2011. The government has implemented effective remedial measures that have helped boost the economy, such as actions to reduce inflation, strengthen external accounts and stabilize the foreign-exchange market for the country. Further to this, strong exports and a sustained flow of external capital and remittances have helped the country improve and succeed in managing its external balances favourably. Over 2013, the trade and current accounts remained in surplus and this is expected to continue through 2014. For 2014, the economy of Vietnam is expected to see a rise in the level of growth to reach 5.5 percent. Further to this, inflation is expected to remain within the government target of 7 percent through 2014. This is based on fundamentals of stable credit growth and the assumption of no major supply-side shocks occurring. Additionally, inflation in the Asian country slowed to 6.6 percent in 2013 from 9.1 percent in 2012. Improved macroeconomic balances and strengthened external accounts are helping to contribute towards a sustained recovery in GDP growth.

A strengthening banking and financial sector has been key to building the economy – providing innovative and effective financial services and solutions to all levels of society and enterprise – helping the economy as a whole develop, grow and move forward. One of the country’s leading institutions in this area is the Bank for Investment and Development of Vietnam JSC (BIDV).  Set up in 1957, the BIDV is the longest and most well-established majority state-owned bank in Vietnam and has been central in many investment and development projects across the country. They have provided and facilitated funding for successful growth projects in several key economic areas of the country. BIDV has helped a number of the largest and most successful enterprises in Vietnam to develop and grow – contributing significantly to the economy. BIDV customers are wide-ranging – from major corporations to small enterprises, financial institutions and individual retail customers. The bank offers a comprehensive range of services and a wide variety of products to serve enterprises of varying sizes and scope. With relationships to more than 80,000 corporations, large, small and medium enterprises in all fields of the economy and nearly 1,700 international institutions all over the world, BIDV is also a good partner for many international organizations, such as World Bank, ADB, JBIC and NIB, to name a few.

Furthermore, the bank has been keenly involved in social-economic programs and in the development of the social welfare of the local community through various philanthropic and socially supportive endeavours. In particular, over the last 12- month period, BIDV has continued to promote and build its role as an initiator and fervent supporter in conducting corporate pro-community, social-responsibility activities. These activities have helped and are in alignment with national programs targeting fast and sustainable poverty-reduction, new rural construction and educational development. BIDV has facilitated a total amount of funding into this area for 2013 that has exceeded USD 15 million.

With more than 18,000 experienced, qualified and trained officers, employees and financial consultants, BIDV focusses on bringing customers the best possible services and solutions whilst maintaining trust and reliability throughout.

BIDV has been persistently successful over the years and was noted as Vietnam’s top-ranking bank in net income for 2012 and Vietnam’s second-biggest bank in assets in the same year.  Further to this, BIDV has received a number of awards based on its success and progress – with the UN identifying BIDV as fourth in a report on the 100 largest enterprises in Vietnam in 2013 and receiving Asia Risk magazine’s House of the Year Award for being at the forefront of the country’s economic development. The bank has been especially recognised for its success in modernising risk management systems and in its development and improved provision of new, innovative financial products, such as energy-derivative based hedges.

Commercial Bank: BIDV has 127 branches and more than 600 transaction offices, 8,500 ATMs and POS transactions in all provinces and cities nationwide.

Insurance: With the establishment of BIC, BIDV provides products for non-life insurance designed to match the overall package to customers of BIDV.

Stock: BSC – BIDV’s subsidiary company – is one of the top-ten strongest security companies in Vietnam. BSC provides a wide range of brokerage services, investment and investment consulting, with the ability to quickly develop a system of agents to receive orders nationwide.

In January 2007, the government announced that it would sell a minority stake in BIDV and since this time, the bank started to prepare well for changing into a Joint Stock Commercial Bank. This transformation came with a number of corporate-governance reform requirements, and the bank has successfully incorporated these changes into its operational structure and strategic vision for the future. BIDV has put forward and implemented numerous targets and related measures aimed at helping the bank become a leading commercial bank in all business areas whilst operating under full compliance with international standards and practices. An example of these strategic targets includes the fulfilment of the operational mechanism of a public JSC bank; the bank has carried out a continuation of full implementation of the restructuring of all required activities, including organizational structure, regulatory framework, human-resource management and administrative reform as stipulated by corporate-governance regulations and requirements.  Furthermore, BIDV has effectively worked towards enhancing inspection and supervision activities and improving discipline in the observation of management to ensure better identification and forecasting of potential risks. These actions have also helped to consolidate the confidence of shareholders in the bank’s risk-management system.  BIDV’s management has furthermore expressed its intentions to continue building strength for the BIDV brand name by building up a comprehensive branding strategy and working harder towards fulfilling its social responsibility for the benefit of society as a whole.

Over the last few years, the banking industry has faced a number of unique challenges – both locally and across the globe.  There are a number of challenges that the Vietnamese banking sector will face over the next few years that are unique to the region, and BIDV has planned appropriately for the challenges ahead.  The economy is showing growth and improvement, but there are a number of industry hurdles on the horizon. The banking system in Vietnam, in the past, has been held back by high levels of non-performing loans and cross-ownership. However, since 2011, numerous financial reforms and restructuring measures have led to an increased financial capacity and a reduction of bad debt for the country. Over that period, the central bank expressed encouragement for takeovers and restructuring of weak banks.  The Vietnamese banking sector is expected to see a further shakeup over the coming year with a forecasted increase in merger activity – making the market even more competitive for BIDV. On the upside, this consolidating activity will lead to an improvement in the banking system’s financial strength and reduce bad debts lingering in the economy. However, this will also mean that profit margins will remain under pressure across the industry, and business models and product structures will become more standardized – with mortgages and derivatives being two examples.

Banks in Vietnam continue to face challenges regarding asset quality, profitability and capitalization. If deterioration of these factors continues, downgrades for the region may result, and this may lead to less stability and increased volatility.  In addressing these challenges for 2014, BIDV has a number of plans in place as well as a number of tasks in current working implementation. For example, BIDV has set up systems to manage and control efficient credit growth in line with mobilized funds to support economic growth and contribute towards curbing inflation, stabilizing the macro-economy and resolving corporate difficulties as directed by the government and the state bank. Furthermore, BIDV has tasks in place to focus on handling bad debts, enhance control over credit-risk quality and make full provision for risks and ensure the system’s security. The bank will additionally: focus on reforming business models throughout the bank to ensure efficiency and effectiveness, strengthen inspection and control activities, improve early-warning systems and continue to innovate human-resources development in order to create a competent and high-productivity workforce, amongst other measures. These measures have been set in place with a goal of providing increased stability to the banking system and the wider economic well-being of Vietnam.

Overall, the economy of Vietnam, considered a major part of the next generation of Asian tigers, has shown signs of recovery over 2013 and is showing promising signs for continued growth through 2014. Multinational companies are increasing investment into the country, which is providing significant boosts to the economy.   Vietnam additionally has one of the fastest-growing middle classes in the region, with the middle-income group expected to triple to 33 million people by 2020. Further positive signs for the region include cheaper borrowing costs and increased investment in Vietnam from both local and multinational manufacturers. Certain multinational companies are choosing to move their manufacturing factories from China to Vietnam, and this is helping the region grow. The World Bank forecasts Vietnam to grow 5.6 percent in 2015 and 5.8 percent in 2016. The World Bank and other market specialists have also commented that developing countries in the East Asia-Pacific region, such as Vietnam, will see stable economic growth through 2014, and that this will be supported by a recovery in high-income economies. In particular, according to the World Bank, the developing East Asia region is expected to grow by 7.1 percent this year, maintaining the same rate of growth as 2013 – and continue on as the fastest-growing region in the world for 2014.

Talking about a vibrant market of Sharia-compliant technologies