Top Posts
Could Big Tech’s Iron Grip on Digital Advertising Soon Come...
Can Recent Oil Discoveries Prove to be a Boon for...
Is It Time to Explore an Alternative to Fractional-Reserve Banking?
Can AgTech Prove Instrumental in Helping to Feed the World’s...
Can the Indo-Pacific Economic Framework Expand US Economic Influence in...
Banks Remain Uniquely Vulnerable to Sophisticated Cyber-Attacks
Home Banking Too Big to Jail
Banking

Too Big to Jail 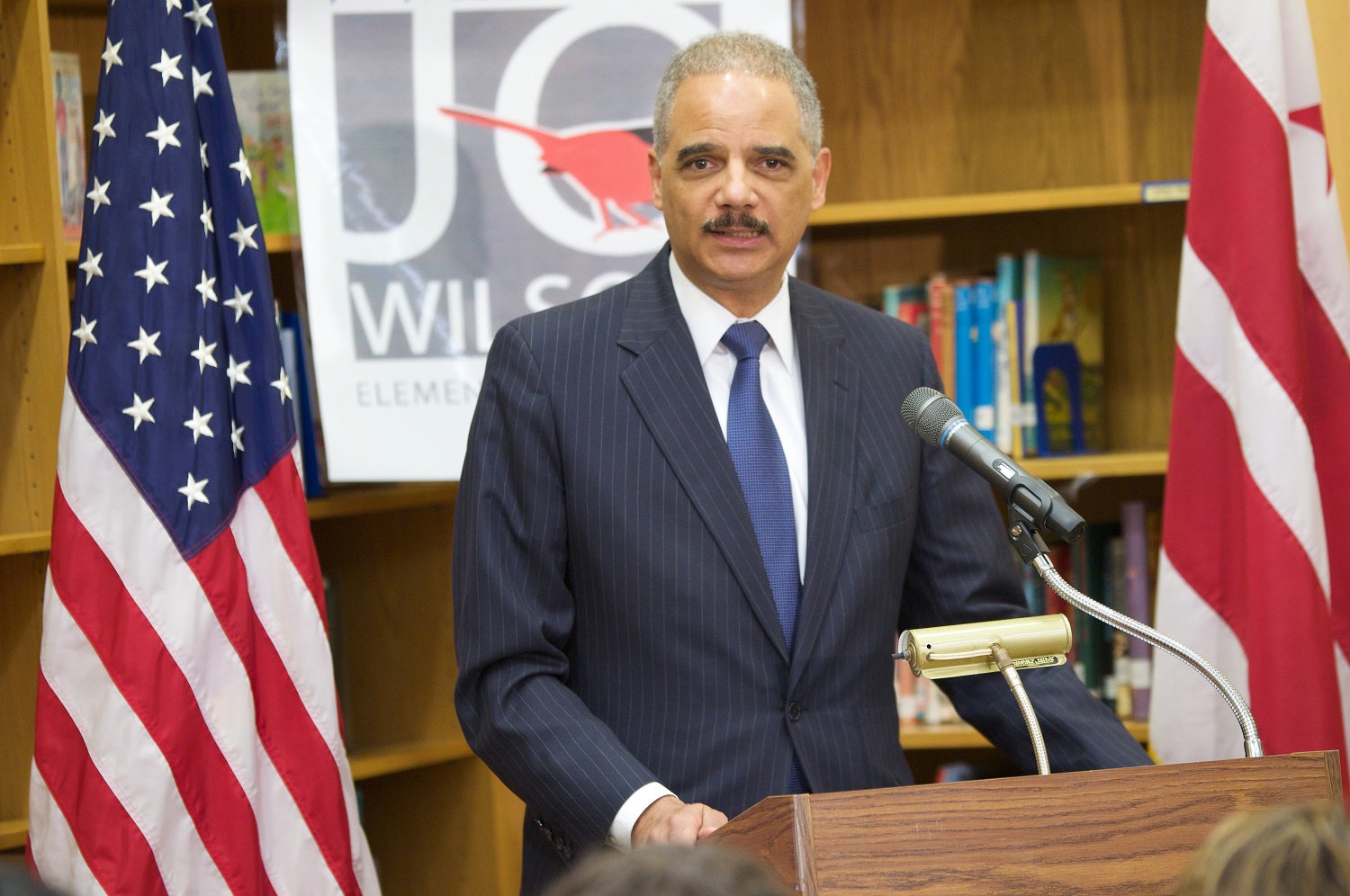 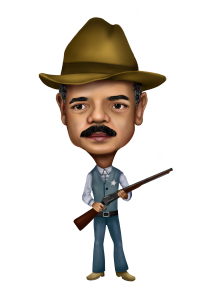 When facing prosecution from the US Department of Justice, the business and banking community at large has over the last decade typically resolved these matters with a brokered deal rather than a courtroom battle, which would lead to the scrutiny of corporate activity on an in-depth and public scale.  However, the circumstances have changed – banks are being put to task on the stand to answer for their misgivings, and the pressure in this area is set to increase as public prosecutors such as Eric Holder have announced plans to purposefully direct justice away from the avenue of deal-making.   As this change has occurred, regulators have played an increasing role in the justice- negotiation and decision-making process for banking-institution cases.

On May 19, Credit Suisse pleaded guilty to one count of criminal conspiracy to aid tax evasion as part of one such prosecution.  Although backroom deals may not be made so easily, the American bank was in fact consulted by the prosecutor prior to the final plea. US prosecutors extensively discussed the case with American bank regulators to ensure that the ramifications of a guilty conclusion would not endanger the bank’s operations with a view to preserving the stability of the wider banking sector. This extensive consultation has led many industry participants to wonder if indeed major banking institutions are compelled to face a fair and full courtroom trial process; what good will it do if an approach of “too big to jail” is applied throughout the entire prosecution process.  Attorney General Eric Holder has commented that “because criminal charges involving a financial institution have the potential to trigger serious follow-up actions by regulatory agencies, this coordination was imperative“.

This consideration of special circumstances unique to the banking industry when carrying out legal proceedings has left commentators across the globe questioning the integrity of the legal process.  Are certain financial institutions exempt from a full range of punitive measures as a product of being “too big to jail”? Holder has previously raised his concerns in this area as part of a congressional testimony whereby he confided that he believed that some institutions had become “so large” as to prevent full enforcement of the law. These concerns came to prominence earlier in the year when the Department of Justice’s (DOJ) handling of HSBC during a case involving money-laundering charges was placed under the spotlight. HSBC admitted to violations of money-laundering laws in the course of facilitating $200 trillion worth of transactions, and yet the DOJ chose not to seek a criminal indictment. When asked about this case, Holder has speculated that the bank’s size may have factored into the DOJ decision. These comments from Mr. Holder sparked a widespread protest from the media and public in general that justice should not be administered on a size basis. As Mr. Holder attempted to assure the public and related parties that this is not the case, there has yet to be evidence supporting his assertions of full and proper legal punitive actions when dealing with bank activity in the courtroom.  A video-based public declaration by Mr. Holder on May 5 showed him declaring that parties who believe that certain financial institutions are “too big to jail” are “mistaken”.  He also added in this announcement that his forthcoming prosecutions would support this point.

However, since that time the prosecution of Credit Suisse has taken place and is still raising questions about the role of decision-makers as well as wider decision-making procedures. As the bank pleaded guilty, and regulators and prosecutors discussed together a mutually agreeable set of outcomes, has the “too big to jail” attitude really faded?  The licences and operations of the bank were not put in jeopardy, as those of any other corporation in a similar situation would have been, which leads us to the conclusion that the bank was “too big to jail” after all, and that this is the approach being employed by the justice department when handling banking-institution cases.

Further fuelling speculation about procedure is the fact that the meetings between prosecutors and regulators for the HSBC case were not made public.  Typically, justice-related affairs are a matter of public concern and record, and special treatment in this case is neither fair nor efficient for the financial or legal marketplace.  Members of the justice department as well as supervisory and regulatory authorities are adding to an attitude of banks being too big to jail, and this will damage confidence in the financial system going forward.  Accountability in these areas needs to be made a priority, not evaded as currently seems to be the case. Hiding behind closed doors will only be more damaging in the long run.

As a Swiss-originated investment bank operational within the US, Credit Suisse is subject to US federal and state laws and is regulated primarily by the New York State Department of Financial Services (DFS), which is run with Benjamin Lawsky at the helm; the Securities and Exchange Commission (SEC), led by Mary Jo White; and the New York Federal Reserve Bank (The Fed), led by William Dudley.  In the above-mentioned case for Credit Suisse, Lawsky has set up a monitor for the banking institution and has additionally named individuals of whom the bank must terminate employment as part of the justice process. In addition, Lawsky has imposed a $715-million fine. However, the decision was taken not to revoke the bank’s New York banking licence, and furthermore the details of this decision-making process have not been released to the public. Industry participants understandably suspect the size of the bank was factored into the decision.  Additionally, the SEC has since granted Credit Suisse a temporary exemption from a federal law that requires a bank to relinquish its investment-adviser licence in the event of a guilty plea, according to the New York Times.  Further to this, the New York Fed fined Credit Suisse $100 million and chose to limit the penalty levied to a fine alone – despite having powers to administer much wider actions and restrictions upon the bank’s activities.

As to be expected, public and media outcry is growing in response to these decisions. The public wants to know how the decisions were reached; on what basis and to what extent size was factored into the conclusions. It is now up to the US Congress to meet these demands as they see fit and compel the relevant parties to disclose the necessary information.  Prosecutors should remain independent to financial and corporate activity; by weighing size as a factor in the justice process, their independence and objectivity has been put into question.  Equally so, if banking regulators are becoming more involved in the justice process then they are propelling the “too big to jail” problem whilst creating inefficiencies in the legal and financial structures of society.

More recently, the case of BNP Paribas has been placed even more under the media and political spotlight. The case has garnered so much attention that even French President Francois Hollande has brought up the issue directly at dinner with President Obama. With the French bank’s imminent criminal plea on the horizon, and a proposed payment of up to a massive $10-billion fine, media and political debate has been growing around the case. State, federal and international authorities are becoming a part of wider negotiations when it comes to prosecutions of banks and foreign institutions. Spectators are suggesting additionally that the US is treating foreign banks such as BNP Paribas differently than domestic banks. The French bank has been charged with violating sanctions by transacting with certain countries – namely Iran, Cuba and the Sudan. The DOJ has been investigating the bank for these charges and those of money-laundering related to sanction violations. As part of the justice procedure, BNP is now being pressured to plead guilty to criminal charges as a result of the investigation, and the DOJ is seeking a fine of between $5 billion to $10 billion.  Although this approach does not suggest one of applying a “too big to jail” attitude, it has raised eyebrows in other ways.  The penalty is especially high compared to other cases. Since 2009, six banks have been charged with fines related to alleged violations of US sanctions, and these fines have totalled to a value of $3.3 billion – a much lower amount than that suggested for BNP’s penalty.  French government officials are openly complaining that the fine is excessive, disproportionate and unreasonable. They are arguing that the French bank is purposefully being made an example of and that they are being treated less fairly than a domestic bank would be treated. Concerns are growing that the justice department is attempting to make an example of BNP to rebut domestic criticisms that it is unwilling to take tough actions against large institutions. The case has also sparked allegations that the DOJ is taking actions against a foreign bank that they would not take against a US bank or financial institution.

Again at the heart of this heated discussion is the fact that the details of the discussion between legal and financial regulatory authorities in this matter have not been made part of public record.

Although law-enforcement officials may be attempting to ramp up the severity of penalties in these kinds of cases, the need for disclosure remains. Information should be disclosed so as to alleviate the type of political confusion and tension that has resulted from the BNP case and others to date. The justice department has as yet not disclosed any details as to why BNP’s alleged activities deserve a larger penalty than in other cases, and although the DOJ may be attempting to make an example of BNP in addressing “too big to jail” concerns, this must be managed effectively and fairly. A comprehensive and consistent basis will restore faith in these legal processes. Only with increased transparency and accountability within both financial-system and legal-system proceedings will faith and confidence be fully rebuilt across the global economy. Until then, this type of uproar and speculation will continue to feed uncertainty and instability in both arenas.