Top Posts
Commodities Outlook for 2023
The Value of Cash in a Time of Crisis: How...
The US-Africa Leaders Summit: Fostering a Closer Relationship with the...
Three Key Sectors in Which to Invest in 2023
Three Key Stocks in Which to Invest in 2023
Liquidity Management: A New Challenge for Banks
Home Banking Why Brazilian Banking Could Be Seriously Impacted by Fintech
Banking

Why Brazilian Banking Could Be Seriously Impacted by Fintech 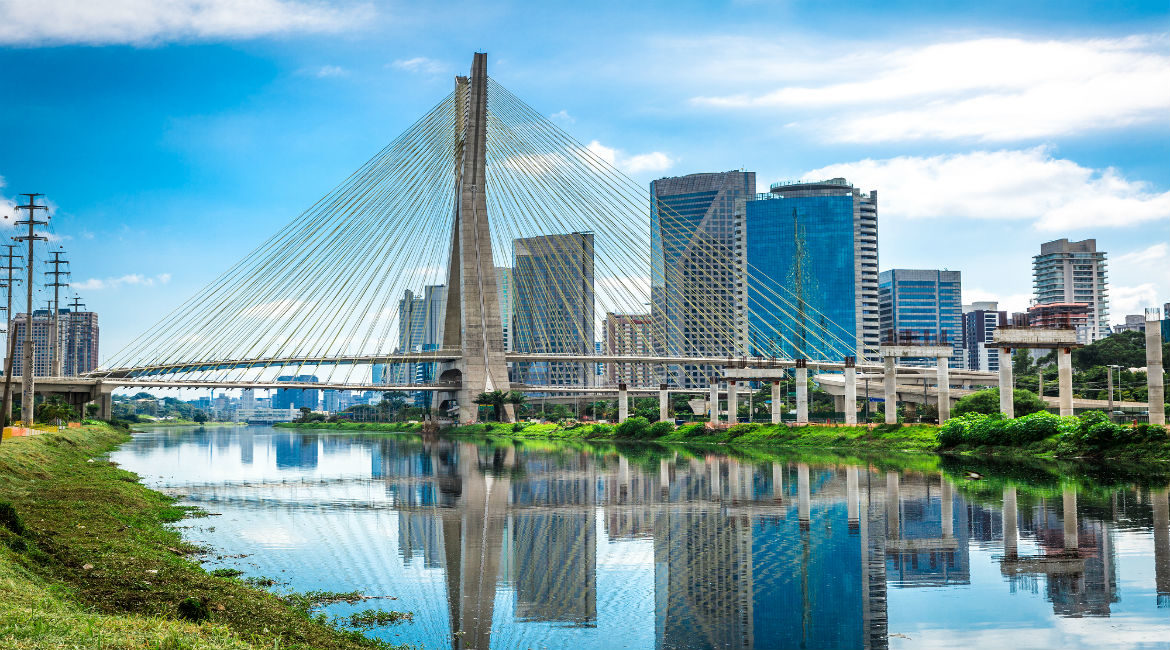 In the midst of the political and economic turmoil that has plagued Brazil in recent times, there is one financial sector that appears to have particularly strong credentials for buoyant growth over the coming years. The country’s fintech scene is now booming, and according to the recent Goldman Sachs report “Fintech Brazil’s Moment”, its future growth will come at the expense of Brazil’s banking sector.

The report asserts that the disruption in traditional lending being caused by Brazilian fintech is likely to be more pronounced than in other countries due to the high concentration of assets held by a handful of the country’s biggest banks. In an industry referred to by Goldman as being of an “oligopolistic market structure”, Brazil’s five biggest banks hold a whopping 84 percent of the nation’s total loans, compared with just 30 percent for the United States’ top five, and around 30 percent for India’s and Turkey’s. This comparatively high concentration ratio has also increased from 2007, when it was recorded at 71 percent, thus indicating that banks in the country have managed to increase their power since the financial crisis, a feat that is seemingly at odds with much of the rest of the world. As such, Goldman believes that “this unique market structure positions fintechs to have a larger impact in Brazil than in other developed markets”.

The report also forecasts that more than 200 fintech companies will generate revenues in the region of $24 billion over the next 10 years, with payments, lending, personal finance and insurance expected to be some of the biggest beneficiaries. Indeed, most fintechs to have emerged thus far are providing cheaper loans and more accessible services than banks, many of whom continue to remain risk averse under the gloomy economic climate. Furthermore, it is not only Goldman that is observing Brazil’s burgeoning fintech scene. According to the country’s fintech association ABFintechs, “the number of start-ups in the sector have tripled in the last two years”, while the total number of fintech companies currently stands around the 250 mark. A recent report by Moody’s, meanwhile, describes the number of fintech start-ups in Brazil as having “surged” in recent years, and identifies the country as being the largest financial-technology market in Latin America. There is plenty of room for further industry growth, Moody’s suggests.

The startling growth of Brazilian fintech can be partly measured by the rapidly growing levels of investment now pouring into the sector, mostly in the form of venture capital and private equity. Indeed, Moody’s Investors Service recently forecast that investments into digital disruption in the banking system are now in excess of 5 billion reais ($1.5 billion) per year. In an interview with the New York Times, Isaias Sznifer, managing director at Brazilian boutique advisory firm Greenhill & Company, predicted that the sector would see “a lot more” activity taking place in the near future.

Brazil’s fintech success can also be gauged by examining Nubank, which has become somewhat of a poster child for the sector. The first digital and branchless bank in Brazil, Nubank’s key focus is on its mobile app, which is used by customers to almost entirely manage their accounts. Its most successful product is the Nubank Card, which comes with zero fees and lower-than-normal interest rates. By May, Nubank could boast of around 3 million Brazilian customers for the credit card. Today, the card has more than 13 million applications, with a further 500,000 on the waiting list. As a result, Nubank recently became the first Latin American company to bag the prestigious Marketers that Matter award, which Silicon Valley hands out to only the most innovative marketing teams in the world. The award places Nubank as a distinctly exalted company, alongside the likes of Google, Visa, Netflix and GoPro. It has also managed to secure recent funding from Peter Thiel’s Founders Fund and Russian company DST Global, in addition to last year’s $53 million in credit lines from Goldman Sachs Specialty Lending Group and financing from Silicon Valley venture-capital firm Sequoia Capital.

It is perhaps not surprising that a mobile credit provider such as Nubank has taken off in Brazil. Latin America as a whole has suffered from a lack of banking services in recent years, compared to other regions around the world. This dearth, coupled with the long and painful banking crisis the region has faced, has spurred a new generation of entrepreneurs to create financial businesses that can more comprehensively fulfil the funding needs of customers and businesses. On the customer side, moreover, smartphone adoption rates are the highest of any Latin American country, making mobile apps a particularly convenient way for finance companies to tap into a large segment of the population. Brazilians are actively seeking superior alternatives to banks, at which they are currently paying an average of approximately 190 percent per year in interest for credit cards, consumer loans and unsecured overdrafts. Their frustration with banks can also be reflected in the exorbitant fees and interest rates being charged for issuing loans, which are some of the highest in the world. What’s more, the largest private bank in Latin America, Itaú Unibanco, recently noted that while 85 percent of Brazilians currently live in cities, 40 percent remain excluded from traditional banking systems—a problem that fintech and mobile banking in particular can solve.

Clearly, the warning signs for banks have been building for some time; and now such disruption, as well as Brazil’s prevailing, gloomy economic climate, is forcing seismic changes in the biggest lenders. One of the giants, Itaú, has shuttered 10 percent of its branch network during the last three years, while its peer Banco Bradesco plans to close down more branches, having recently taken over HSBC’s operations in the country. Moody’s has also noted that even government-owned Banco do Brasil, which has some limitations related to acquisition and partnerships, “has closed branches in the past two years as it enhances its digital services through internal developments”.

However, it is unlikely that Brazil’s powerful lenders will take this new existential threat from fintechs lying down, and they are likely to embark on a modernisation spree of their own. The Goldman Sachs report expects that the rise of fintech firms “is likely to spur incumbent banks to invest heavily in IT, reducing costs and improving efficiency”. Their growing presence is also expected to force down many of those high fees and charges, making loans more affordable for Brazilian customers. Fintechs will additionally be able to capitalise on the opportunities that present themselves during this modernisation process, particularly when it comes to upgrading legacy systems at the back-end of banking. Companies such as Pismo, which represents Brazil’s first electronic payments processor with a fully SaaS (software as a service) platform, have observed the pressing need to improve back-end platforms and software in order to bring about modernisation and efficiency gains in Brazilian financial services.

While fintechs still constitute only a small share of total lending in Brazil, their rapid expansion in areas such as credit cards and consumer lending is likely to put increasing pressure on the so-called banking oligopoly. The central bank also appears to be helping in this regard. Firstly, it is changing its regulations to simplify the license-approval process for foreign banks wishing to operate in Brazil; in turn, this should add competitive pressure on domestic lenders. Secondly, it is looking to implement new regulations to formalise the rapid expansion of fintechs; in particular, the new rules would cover their partnerships with banks to offer loans—those providing securitised credit from institutional investors, and “peer-to-peer” lenders connecting borrowers directly with individual investors—according to the central bank’s director, Otávio Ribeiro Damaso. The central bank also intends to lower interest rates from 14.25 to 8.5 percent, which should reduce spreads for banks and create more opportunities for greater efficiency via fintechs.

Malaysia and the Green Shoots of Recovery

Very good article with just a minor mistake. Currently Nubank only offers Credit Cards. Is their intention to be a full service bank in the future but they are not today. Thanks