Top Posts
Why the Status of the Fifth-Largest Economy Is a Job...
Syrian Economic Outlook Dims as Internal Conflict, Resource Theft and...
Unwinding the Unconventional Monetary Policy in Japan
Three Significant Payment Trends in 2022
Recessions Hurt: Does the Data Show That the World’s Major...
Every Organisation Should Be Aware of Invoice Scams
Home Banking What Does Brexit Mean for UK and European Banking?
Banking

What Does Brexit Mean for UK and European Banking? 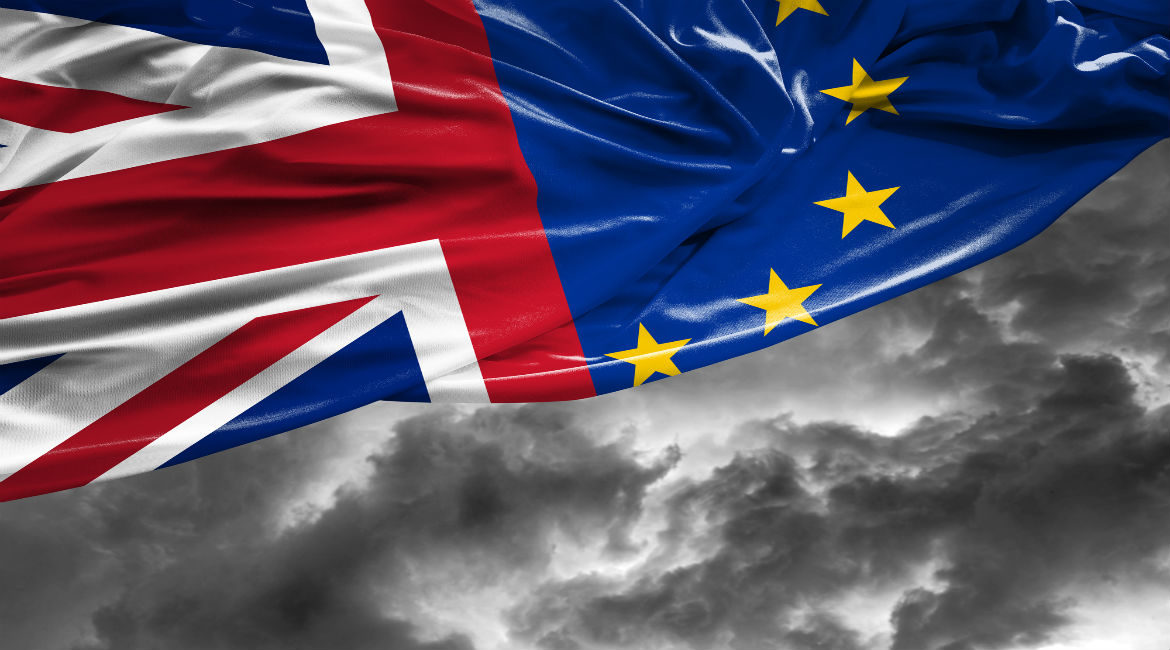 Owing to the historic referendum result that has paved the way for the UK to leave the European Union (EU), the City of London—the world’s largest financial sector—is set to be fundamentally transformed, along with the banking sectors in the UK and Europe predominantly. With the City currently home to the largest number of foreign bank branches in Europe and also accounting for 10 percent of the UK’s gross domestic product (GDP), London’s status as Europe’s dominant financial centre now hangs in the balance. The timing of the result has also come at a particularly undesirable time for the global banking industry; initial public offerings (IPOs) are at their lowest level in seven years, while mergers and acquisitions (M&A) deal failures are at their highest since 2007.

The referendum result itself has no legally binding implications. The UK’s probable exit route, therefore, will be through the invocation of a provision in the EU’s Lisbon Treaty, known as Article 50, which will indicate to the European Council in Brussels that the UK intends to leave the union. Although resigning in October, Prime Minister David Cameron has made clear that Article 50 will not be invoked immediately, but instead the decision will be left to his successor. After being invoked, a two-year period then commences in which the UK agrees to the terms of its exit. He strongly implies that the next 24 months will be a period of uncertainty and complexity for financial markets. In the meantime, the UK remains under EU rules, which should provide policymakers with a modicum of respite.

The impact on UK banks themselves is likely to be profound, with loan growth expected to be slower, toxic debt higher and dividends at greater risk. The Royal Bank of Scotland (RBS) and Lloyds Banking Group are particularly vulnerable.

Shares of Lloyds dropped by 21 percent on the day of the vote, while the 38-percent drop in RBS shares by June 28 wiped upwards of £6.5 billion from the value of the government’s stake in the bank.

According to research by HM Treasury, the impact of Brexit could result in UK GDP over the next two years being 3.6 to 6 percent lower than would otherwise have been the case had Britain chosen to “Remain”. A 2.3-to-2.7 percentage point rise in consumer price index (CPI) inflation and a 1.6-to-2.4 percent increase in the country’s unemployment rate from Remain levels have also been forecast. If accurate, this will undoubtedly induce a huge deterioration in credit quality. Of UK’s banks, the Royal Bank of Scotland is thought to be the most vulnerable, particularly due to an ongoing restructuring of its investment-banking division, which is expected to weigh heavily on the bank’s future profitability. Indeed, the HM Treasury research suggests that Brexit could absorb almost 300 percent of RBS’s cumulative net profit between 2016 and 2018. Given that it is the UK lender with the most exposure to Scotland, moreover, RBS faces additional headwinds were Scotland to have a second independence referendum, a move that is appearing increasingly likely.

With a share of around 20 percent of the UK housing market, Lloyds Bank’s mortgage book is also vulnerable to housing-market shocks. HM Treasury estimates a 10-to-18 percent decline in UK house prices, which is ultimately projected to contribute to an absorption of 58 percent of Lloyds’s net profits until 2018. The UK government’s plans to sell Lloyds shares, therefore, looks certain to be delayed for some time. However, with relatively sound profitability levels, Lloyds is in a considerably stronger position than RBS to withstand Brexit-induced deterioration.

Following the referendum, the Bank of England looks set to cut UK interest rates in the coming months. The UK central bank’s daily publication of its overnight indexed swap forward curve, which indicates what banks will charge each other for overnight lending, has shown a drop to 0.25 percent for contracts maturing in October and to 0.2 percent for January contracts. This implies that the Bank of England is more likely to cut rates. A rate hike, which was expected before October 2019, is now likely to be delayed until March 2021, according to the forward curve. If so, this loosening of monetary policy is likely to adversely impact UK bank profitability; and if the European Central Bank (ECB) similarly delays its own rate increases, then European banks already subjected to a negative interest-rate environment at present will suffer further from declining net-interest margins.

EU banks will still be able to establish branches in London. Non-EU banks, however, will no longer be able to put a subsidiary in London and then use this presence to “passport” into other EU member countries—as is the case at present—without having to apply for additional permits. Rather, they will have to set up subsidiaries in both the EU and the UK; this dramatically increases their regulatory burden, given that they will now have to satisfy the rules in the EU country, the UK and their home country. The option of obtaining a passport by setting up a holding company in an EU member nation also appears to be off the table, with most regulators agreeing that a passport can only be granted if a bank is licensed and doing business in that country. Thus, to avoid such headwinds, banks may simply cease their London operations and move them to the EU.

Investors are especially fearing that the “Leave” result will stymie cross-border banking business, as well as cause an economic slowdown that is likely to impact bank-lending performance across the continent and beyond. Indeed, during the first few hours of referendum results, stock values plummeted for those global banks with large operations in London. Barclays suffered its biggest one-day share price fall on record, dropping by nearly 30 percent in the ensuing hours before recovering to close 20 percent down. The Stoxx Europe 600 Banks Index fell 14 percent on Friday, while shares of European banks on the continent were also severely pummelled. Italy’s UniCredit lost 23 percent and Spain’s Banco Santander SA shed 20 percent, while Credit Suisse and Deutsche Bank closed down by about 14 percent. In the two days of trading since Brexit, European banking stocks lost an alarming 22 percent. Italy’s banking sector now looks particularly exposed, given its existing weakness stemming from its large portfolio of non-performing loans. On June 27, Citigroup downgraded its price target and outlook for some of Italy’s major lenders, including Intesa Sanpaolo and BP Emilia Romagna, as well as reaffirming the weakness of the country’s biggest bank, UniCredit.

Although an exodus has not materialised thus far, US investment banks are now being advised that they should switch their legal home bases in Europe from London to cities such as Paris, Frankfurt and Dublin. Such banks have historically established business bases in the UK and used such bases to gain access to other EU countries. London is also a prime centre for the clearing and settlement of EU securities. Much of this business could also move to the continent, which means that UK banks will have to reconsider what to do with those businesses that trade EU securities.

Employment in London’s financial sector is also set to be affected. HSBC, for example, stated prior to the referendum that as many as 1,000 trading jobs could be moved to its Paris office upon a Leave result coming to fruition. EU banks from the UK’s neighbouring countries, but with branches in the UK, may begin moving jobs back to their homes. However, the UK’s financial authorities may also push for some European banking entities to establish full subsidiaries within the UK, as a way to gain closer regulatory oversight. Such a move might only trigger a further employment and business exodus from the country, however.

US banks such as JPMorgan Chase, Goldman Sachs and Bank of America have extensive operations in the UK that require the employment of tens of thousands of people. JPMorgan, the employer of 16,000 in the UK, for instance, has told its workforce since the result that it could move employees overseas and restructure parts of its business. As for now, numbers have not been determined and client business remains as normal, according to CEO Jaime Dimon. The US’s biggest investment bank has also made clear, however, that it will “maintain a large presence in London, Bournemouth and Scotland, serving local clients as we have for more than 150 years”.

Another problem that arises is the fact that a significant amount of euro-denominated global trade currently takes place in the City. Business in the form of equities, bonds, currencies and commodities that extends into the trillions goes through London. The ECB has previously tried to shift a sizeable chunk of this business out of the UK and into the Eurozone. The UK has previously managed to prevent this from happening; however, Brexit is likely to renew such attempts from the region’s financial leaders, and this time they have more legal justification for doing so.

The ultimate fate of banking in London and Europe now largely depends on the UK’s ability to retain access to the EU’s free market. As for UK banks, they could go down the road that Norway has taken. This means becoming part of the European Economic Area and paying into the EU budget in order to gain access to the single market. This option, however, would render the UK at the mercy of EU regulation, and with no bargaining power. It would also subject the country to accepting the free movement of people—given that immigration played such an influential role in the Brexit result, it is unlikely that the UK will accept such terms. Indeed, the UK’s Jonathan Hill, who resigned after the result as the European Commissioner for Financial Stability, Financial Services and Capital Markets Union, has stated that such an arrangement would be unlikely.

Other scenarios are also possible. The UK could negotiate a bilateral agreement, such as the ones that exist between the EU and Switzerland and Canada. However, in both the Swiss and Canadian cases, their agreements exclude financial services as an entire sector. Otherwise, the most likely result is that the UK will have World Trade Organization (WTO) membership, which will allow it to trade with the EU in the same manner as the US and China, without any specific formal agreement in place. Such an arrangement, however, is likely to have significant barriers in place for financial-services business.

as if rising housing prices is a good thing … let those bank fail, so people can start buying houses again