Top Posts
Challenges Remain, But There Are Opportunities to Be Had in...
Interview with Mr. Olukayode Pitan, Chief Executive Officer and Managing...
Commodities Outlook for 2023
The Value of Cash in a Time of Crisis: How...
The US-Africa Leaders Summit: Fostering a Closer Relationship with the...
Three Key Sectors in Which to Invest in 2023
Home Banking Can Wall Street Prevent a Painful Round of Expected Job Cuts?
Banking

Can Wall Street Prevent a Painful Round of Expected Job Cuts? 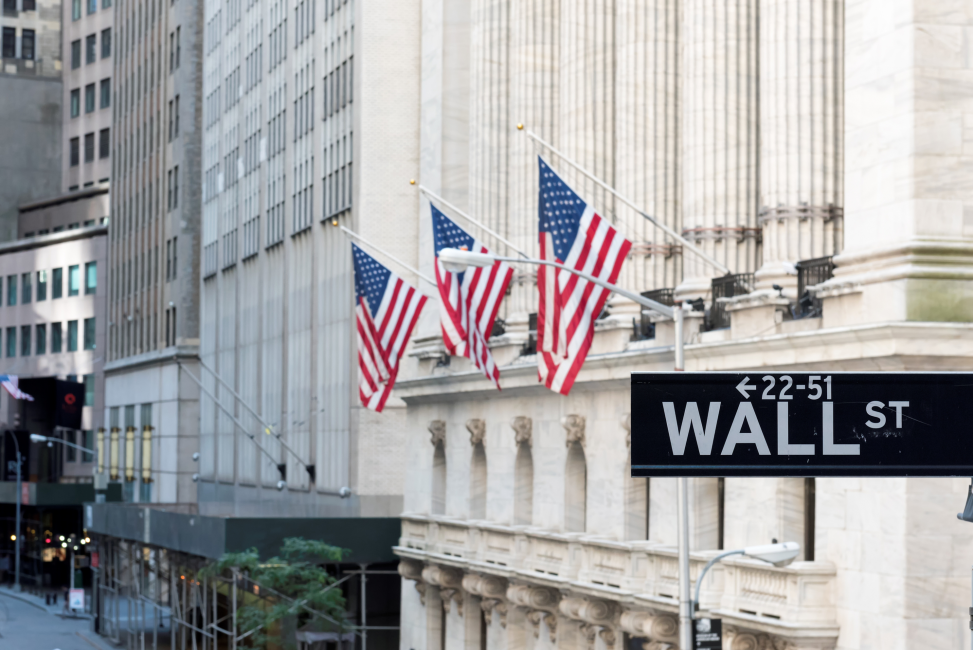 With investment-banking revenues having shrunk by around 40 percent since 2021 and other major lending businesses also feeling the heat this year, the hiring spree on which most major banks embarked in recent years amid growing dealmaking activity seems to have come to a firm close in the last few months. And with the biggest investment banks increasingly indicating that jobs will continue to be shed, the industry could be on the cusp of a painful cull of employees.

In mid-September, Goldman Sachs became the first major Wall Street bank to indicate that it might soon initiate a round of redundancies, with hundreds of jobs expected to be cut by the US banking giant before the end of the year. Figures released in July by New York-based Goldman revealed that the bank’s headcount had expanded by 15 percent to 47,000 over the previous 12 months. But with investment-banking revenues tied to debt and equity issuances experiencing massive declines this year, the bank has returned to an annual tradition of culling its weakest performers, historically in the range of 1 percent to 5 percent. This practice had been suspended in recent years as Goldman embarked on a hiring spree. Whether its resumption means a similar rate of layoffs is lying in wait remains to be seen, but it is clear Goldman has acknowledged the downturn this year. “There’s no question that we’re seeing a tougher capital markets environment,” the bank’s president, John Waldron, told analysts in June.

The news of possible layoffs also followed a July warning from Goldman’s chief executive officer (CEO), David Solomon, that the bank was set to “slow hiring velocity and reduce certain professional fees”. Goldman has since shown signs of what’s likely to come by laying off at least 25 investment bankers in Asia as a drought in dealmaking prompted cuts across sectors, sources told Bloomberg on September 20, adding that the cuts were mainly at the junior end, spanning equity capital markets (ECMs), healthcare and telecommunications, media and technology teams in Asia. “Every year globally, we conduct a strategic assessment of our resources and calibrate headcount to the current operating environment,” a spokesman told Bloomberg, without confirming the extent of the cuts. “We continue to remain flexible while executing against our strategic growth priorities.”

And with others following in Goldman’s footsteps in recent weeks, it is clear that challenging economic conditions are weighing heavily on the banking sector, not only in the United States but worldwide. This starkly contrasts the additions made to headcounts over the last few years, particularly during the COVID-19 period, which saw many financial institutions desperate to shore up their talent pools in the wake of trillions of dollars being pumped into financial markets by central banks. The surge in dealmaking activity that transpired meant that banks were only too willing to expand hiring across the board, from junior graduate analysts up to experienced managing directors. Indeed, since the end of 2019, Goldman Sachs has employed nearly 9,000 more employees; Morgan Stanley added around 18,000 bodies, or approximately 30 percent more staff; and JPMorgan Chase’s corporate and investment-banking division alone swelled by around 13,000 people. These banks, along with Bank of America (BOA) and Citigroup, bolstered their workforces by just shy of 60,000 employees during this period, or 10 percent on average, according to their public filings.

The pandemic bonanza now seems like a distant memory as the operating environment on Wall Street has dramatically worsened. With interest rates on a steep upward curve, dealmaking has cooled significantly, with initial public offerings (IPOs) in particular slowing to a trickle. To their credit, banks were demonstrably reluctant to initiate massive layoffs even up until the third quarter of this year, unlike their uncompromising actions during the 2008 Global Financial Crisis (GFC). But recent weeks have seen the tide gradually turn as more lenders announce cuts. “It’s been this really abnormal situation where companies were in hiring mode and never letting anybody go,” Andy Challenger of Challenger, Gray & Christmas, which advises employers on workplace reductions, told Bloomberg on October 22. “The first eight months of this year was the lowest level of layoffs that we’ve ever tracked.”

But the layoffs will go up from here, Challenger added. Thus far, job cuts have been largely localised to those specific units within banks that have been underperforming. For instance, Wells Fargo recently clarified its plans to scale back its once-booming mortgage business, which once upon a time made the bank the country’s most valuable and responsible for around one in every three home loans. But regulatory penalties and severe reputational damages inflicted upon Wells Fargo following revelations of a massive unscrupulous account-opening scandal forced the bank into a major retreat from mortgage lending.

And with the contraction—exacerbated by the Federal Reserve System’s (the Fed’s) interest-rate hikes, which have further reduced the appeal of taking out a mortgage for customers—has come a sizeable round of job cuts, with hundreds laid off in the home-lending divisions in cities such as Charlotte (North Carolina), Des Moines (Iowa), Minneapolis (Minnesota) and Portland (Oregon), according to reports from Bloomberg. “Wells Fargo is committed to supporting our customers and communities through our home-lending business,” the bank stated in August. “Like others in the industry, we’re evaluating the size of our mortgage business to adapt to a dramatically smaller originations market. We’re also continuing to look across the company to prioritize and best position us to serve our customers broadly.”

But financial institutions have been mostly measured in their redundancies, perhaps signifying that many are simply looking to ride out the next few months of tumult before—fingers crossed—calmer waters prevail again. Take Jefferies as an example. On September 28, the financial-services firm posted a whopping 32-percent annual-revenue decline for investment banking and capital markets during the three months through August. The firm’s advisory and underwriting revenues were also 44 percent less than 2021 levels for the same period.

And yet, Jefferies’s management has continued to emphasise that while much of Wall Street might be downsizing, it will seek to do the opposite, arguing that its strategy is not about to change significantly. “We don’t have to shrink our platform to succeed (very difficult to do, by the way). We like all of our businesses and believe they are right-sized, diversified, well-managed and consistent with our goals of achieving a decent return on equity. Better yet, we have room for expansion and improvement virtually everywhere we look around Jefferies,” CEO Richard Handler and President Brian Friedman noted in their joint September letter to employees. “People often wonder how Jefferies rises to the next level every couple of years. Continuing to invest in training, mentoring and supporting everyone at Jefferies and selectively hiring additional A+ talent when the rest of the street is going the other way are the best examples of how we do it. We spent a lot of time last year and again this year interviewing and hiring exceptional new partners.”

And although Goldman has historically trimmed up to 5 percent of its staff every year, the current cuts are likely to be closer to 1 percent, an unnamed source told the New York Times on September 12. On the same day, moreover, Bank of America’s chief executive, Brian Moynihan, told Fox News that his bank was “in good shape” in terms of staffing, although the option to leave jobs unfilled when employees quit remained on the table. And JPMorgan Chase urged caution against wholesale job cuts, sounding perhaps the most positive tone among the biggest Wall Street lenders. “You need to [be] very careful when you have a bit of a downturn to start cutting bankers here and there because you will hurt the possibility for growth going forward,” Daniel Pinto, the bank’s president and chief operating officer, told investors on September 13. “If anything, in some environments like this, there may be some very, very top bankers that you could not access or hire in the past that now they’re available to be hired.”

JPMorgan’s upbeat view underpins the company’s approach to its workforce, according to Lance Roberts, chief investment strategist and economist at RIA Advisors, who spoke with Reuters. “We will see if JPMorgan is right in their more optimistic views, but history suggests that with the Fed actively hiking rates and reducing their balance sheet, the outlook is more cloudy with a chance of heavy rain.”

Why Data Sharing and Technology Are Key to Tackling Illicit Finance

What the Ukrainian Invasion Tells Us About Lawyers, Banks and the Future of AML Legislation