Top Posts
How Gamification is Catapulting Digital Banking to the Next Level
Challenges Remain, But There Are Opportunities to Be Had in...
Interview with Mr. Olukayode Pitan, Chief Executive Officer and Managing...
Commodities Outlook for 2023
The Value of Cash in a Time of Crisis: How...
The US-Africa Leaders Summit: Fostering a Closer Relationship with the...
Home Banking Canada Deposit Insurance Corporation: Standing in the Gap on Behalf of Canadian Depositors
Banking

Canada Deposit Insurance Corporation: Standing in the Gap on Behalf of Canadian Depositors 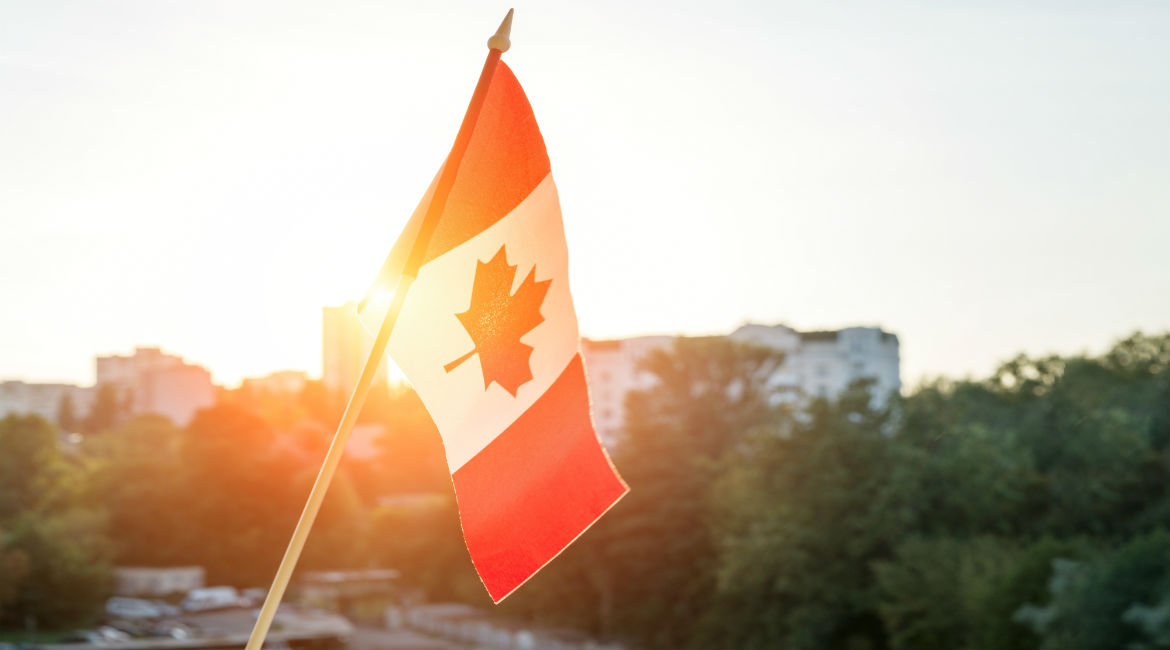 In 1966, the Government of Canada announced its plan to introduce a system of federal deposit insurance, one of the first countries in the world to follow the United States in such an undertaking. The decision reversed a century-long stance that Canada’s government should not interfere in financial markets. Furthermore, few believed that it could afford to insure bank deposits. Surprise at this announcement soon gave way to fierce opposition, not least from the banking industry, with one bank president describing it as “a terrible burden and a little frightening”.

But events often intrude on politics and hasten change. A series of bank and trust failures, including a run on the Montreal City and District Savings Bank while the legislation was being debated, as well as pressure from other levels of government led swiftly to the creation of Canada Deposit Insurance Corporation (CDIC) in early 1967. Since that time, CDIC has evolved to keep pace with depositor expectations and innovations in the financial sector.

Given the modern reputation of stability of Canada’s banking system, many people are surprised that the Corporation has handled 43 failures since it was established, affecting some two million depositors.

In 1967, CDIC covered CA$17 billion held primarily in bank accounts and term deposits and functioned as a paybox. Most of the early failures were trust companies and mortgage lenders. It was often a bumpy ride, with wildly varying insurance losses. CDIC’s average loss was nearly 50 percent because member institutions had already burned through value before the Corporation was permitted to intervene.

Following the failures of two regional banks in the mid-1980s (Northland Bank and Canadian Commercial Bank), CDIC was given new objects and powers intended to better protect depositors and minimize its exposure to loss. These included the power to conduct special examinations in order to take early action and not allow losses to eat up all of the value and capital in the failing bank. After 1987, losses were held on average to about 17 percent.

These new powers also allowed the Corporation to effectively do more to manage its risk and handle more complex failures. For example, in 1992, CDIC financially supported the merger of the failed Central Guaranty Trust (CGT) with Toronto-Dominion Bank (TD Bank). At the time, this deal represented both the largest financial-institution failure and the biggest such acquisition ever in Canada. The CGT case demonstrated that a large bank could be resolved with help from the resolution authority with protection for depositors and no loss of its critical functions.

CDIC could now provide financial assistance to its members, including loans, guarantees, deposits or loss-sharing agreements, or by acquiring shares. CDIC can provide this assistance on a standalone basis, to assist in a private transaction, or in combination with any of its other resolution tools.

In 1992, the federal government amended CDIC’s governing legislation to allow the sale or merger of an institution without the approval of its shareholders or creditors. When a buyer(s) exists, CDIC can take control of a failing bank for a short period of time to complete its sale, merger or restructuring. Known as Financial Institution Restructuring Provisions, or FIRP, placing CDIC in control was meant in part to address situations when the financial institution is incapable or unwilling to act and complete a restructuring of its business and financial affairs on a consensual basis. A FIRP would be used to force a sale to ensure that insured deposits were protected. With the approval of the government, a forced sale would be used when shareholder consent of the transaction was not expected or the time needed to obtain that consent would be too long.

Following any resolution by CDIC, if creditors and shareholders are in a worse financial position than they would have been had the institution been liquidated, the Canada Deposit Insurance Corporation Act provides an important safeguard to ensure that creditors and shareholders of the financial institution are compensated. This protection is consistent with international standards and best practices. This safeguard applies in respect of all of CDIC’s member financial institutions and resolution tools.

Canada was fortunate to avoid the worst effects of the global financial crisis that began in 2007. Although it provided liquidity during the global financial crisis, Canada was not forced to recapitalize or nationalize banks. However, with six systemically important banks, the combined assets of which nearly doubled the nation’s annual economic output, it was clear that Canada had to solve a too-big-to-fail problem.

Following the crisis, CDIC became the resolution authority for Canada’s largest banks. Responding to this challenge, the Corporation created a new team focused on resolution. New tools were added, including the power to establish a “bridge bank” to preserve the critical functions of a troubled bank until it could be sold. The key principle is that shareholders and investors, who enjoy the upside when times are good, are exposed to loss, while taxpayers and insured depositors are not. CDIC’s work in this area is consistent with international standards adopted by the Financial Stability Board (FSB) and endorsed by the G20.

Internationally, recognizing the global footprint of Canada’s largest banks, CDIC has signed agreements with the United States’ Federal Deposit Insurance Corporation (FDIC), the Bank of England (BoE) and other resolution authorities around the world to strengthen information-sharing activities in the event of a large bank that operates in more than one country.

In 2016, as part of Canada’s comprehensive risk-management program for its systemic banks, the government added a bail-in power to CDIC’s resolution tools. Bail-in helps recapitalize a failing large bank by converting part or all of its debts to common shares while it continues to operate. Bank customers’ deposits are not bailed-in, and this resolution tool doesn’t reduce the deposit protection offered by CDIC. This approach is consistent with that of many resolution authorities around the world, which also believe that the best way to privatize losses and protect the financial sector in a systemic bank failure is via a bail-in. After the completion of the bail-in conversion and any restructuring necessary to stabilize and return the failing D-SIB (domestic systemically important bank) to viability, CDIC would return the bank to private control.

A key element of CDIC’s role is the development of resolution plans. Resolution plans set out strategic and operational plans that can be implemented if a systemic bank becomes non-viable. CDIC’s bylaws formalize the framework for the development, submission and maintenance of these resolution plans. The framework also sets out a process for highlighting and addressing deficiencies in those plans. These systemic plans must demonstrate how they would use such resolution tools as a bail-in recapitalization and a FIRP transaction, under which CDIC would take control of the failed institution, and after taking measures to stabilize and restructure it, return the institution to the private sector.

CDIC’s mandate flows from the Canada Deposit Insurance Corporation Act, which sets out four objects for the Corporation:

In today’s globalized, digital financial markets, crises can arise with dizzying speed. In practical terms, this means CDIC will be required to make far more consequential decisions that impact financial stability far earlier in a crisis. For example, if financial stability were deemed to be at risk, CDIC could provide financial support for the sale of a troubled bank, even though liquidation would be the least costly form of resolution.

CDIC and its board must also weigh the risks of offering financial support too early versus the risk of offering that support too late. If financial support is offered too early, it could act as a premature signal to the market that the resolution authority is preventing an imminent failure; this could, in turn, precipitate the failure of the member and potentially increase contagion risk. Moreover, CDIC may have incurred actual or potential losses needlessly by disrupting a private-sector process that could have concluded without it.

These decisions can elevate the risk of perceived conflict or moral hazard. It is, therefore, necessary to reconcile CDIC’s immense powers, such as the power to expropriate a financial institution (under FIRP), with the need for appropriate oversight. As the first line of defence, the board approves such actions as preparatory or special exams of troubled member institutions and likewise must approve requests to the federal government for borrowings as required in a resolution. Although it is a Crown corporation with broad managerial independence, CDIC is obligated to obtain approval from the federal minister of finance or sometimes the federal Cabinet to carry out a resolution. This requirement is a key pillar in holding the Corporation accountable to the Parliament and the public for its actions.

As the most senior officials of the Bank of Canada (BoC), the Department of Finance, the Office of the Superintendent of Financial Institutions (OSFI) and the Financial Consumer Agency of Canada (FCAC), these ex officio directors possess a vast collective knowledge of the financial system. They are expected to bring specialized knowledge and insight acquired through their primary occupations to bear on issues that the board confronts in discharging CDIC’s mandate. The presence of these individuals also can help to coordinate activities across the group of public-sector bodies or agencies that often are referred to as the financial system’s “safety net”.

But in 1987, the Parliament of Canada added private-sector directors to the board. The intent was to bring a “main street” view and bring in people who have skills, in fields such as insolvency, that are not available to the public-sector directors. This can create a potent dynamic. In the Parliament’s view, the ex officio directors were less likely to act decisively in a crisis but would tend to defer action, knowing that losses to the system would be covered by the deposit-insurance fund. The current structure reflects the notion that private-sector directors tend to be less risk averse and bring independent views about how to tackle problems, as well as more formal directorship experience. While they are not expected to be experts, private-sector directors can also provide independent judgment on the occasions when ex officio directors face conflicts between their duties to act in the best interest of CDIC and their duties to their home organizations.

Although a deposit insurer differs from a private insurer—insofar as it cannot choose the risks it takes on—the Corporation has taken steps to organize its board committees in ways that are more similar to private insurers. While CDIC must still work closely with the government—for example, it is the prudential regulator, the Office of the Superintendent of Financial Institutions (OSFI), that declares the point of non-viability—this committee structure supports the development of an independent view of CDIC’s risks and operating environment.

This governance model positions CDIC well for the future and the credit risk it faces, which will exceed CA$1 trillion next year.

Secure Your Digital Transformation With These 3 Steps