Top Posts
How Gamification is Catapulting Digital Banking to the Next Level
Challenges Remain, But There Are Opportunities to Be Had in...
Interview with Mr. Olukayode Pitan, Chief Executive Officer and Managing...
Commodities Outlook for 2023
The Value of Cash in a Time of Crisis: How...
The US-Africa Leaders Summit: Fostering a Closer Relationship with the...
Home Banking Canadian Imperial Bank of Commerce—A History of Innovation
Banking 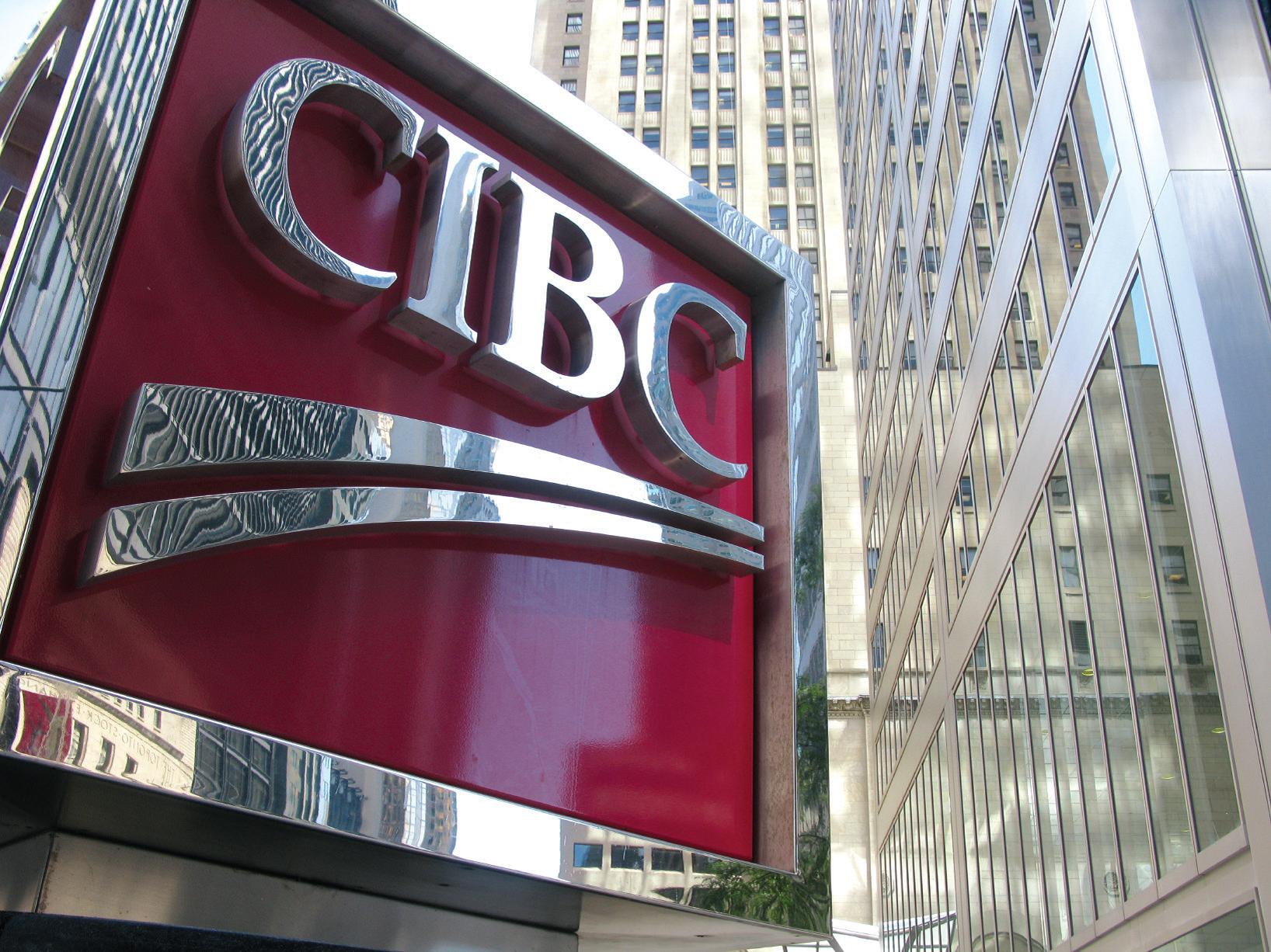 Known globally as one of the most resilient and stable economies, the Canadian economy has an impressive track record of performance. Like many countries, Canada was hit hard by the global credit crisis more than five years ago; however, the Canadian economy has shown the ability to stabilise and rebuild relatively quickly when compared to its counterparts worldwide.

Depressed oil prices remain a concern that may upset the development trend and will be watched carefully by investors and economic advisers worldwide when assessing the growth prospects of the Canadian economy. Much as for most nations across the globe, a sudden shock in the energy market has the potential to significantly disrupt nationwide economic growth, investment and market demand as well as employment, all of which will most likely contract in response to sharp market volatility. 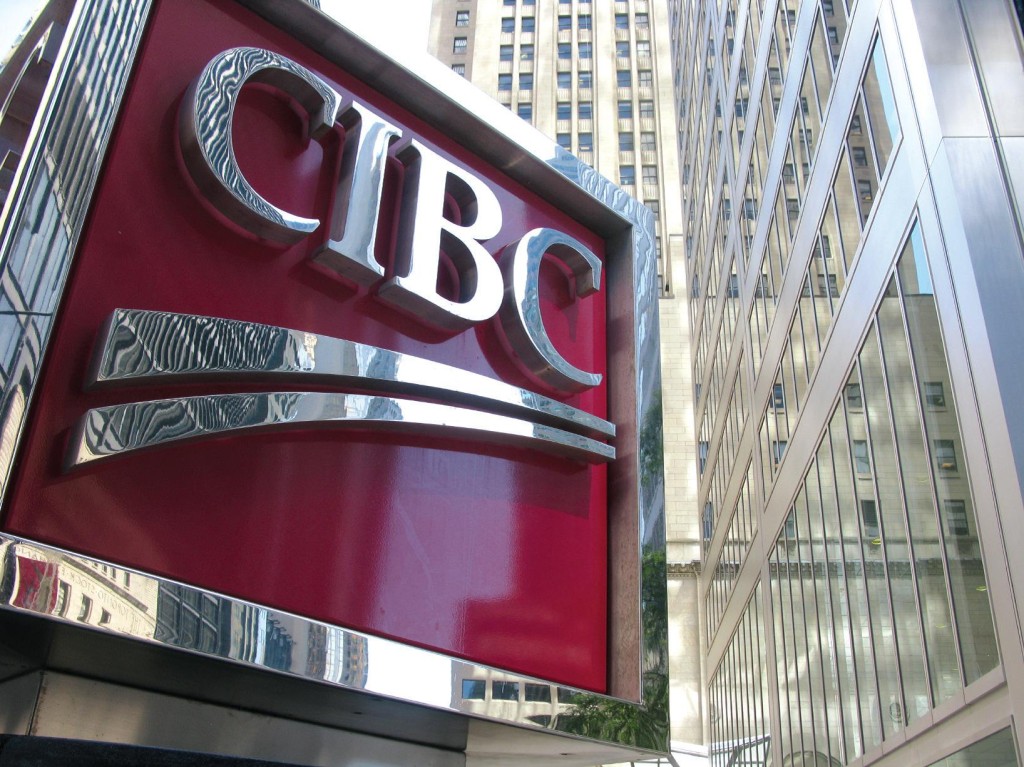 While banks in Canada provide a stable footing for the economy, they also operate in a rapidly changing environment. The introduction of mobile technology and ever-evolving client needs are among the factors that have opened up opportunities for players who are willing to move quickly on new technology. One of the banks leading the innovative charge towards new methods of banking in Canada is CIBC—the Canadian Imperial Bank of Commerce. The bank traces its history back to 1867—the year of Canada’s Confederation. Headquartered at Commerce Court in Toronto, Ontario, CIBC operates three primary lines of business: Retail and Business Banking, Wealth Management and Wholesale Banking. The bank furthermore has a number of international operations spanning across the US, the Caribbean, Asia and the UK. Serving more than 11 million clients across the globe with a workforce numbering over 40,000, CIBC currently ranks at number 172 on the Forbes Global 2000 listing and was named by Bloomberg Markets magazine as the strongest bank in Canada and North America, as well as the third strongest bank in the world, in May 2012.

Despite being steeped in tradition, CIBC’s track record leans towards future thinking and innovation, most recently being a first mover in the next wave of banking innovation for Canadians by offering services on mobile devices for use in a broad range of activities, from banking to paying for the morning coffee. The moves have come as the relatively stable Canadian financial-services industry has faced a significant shakeup—resulting from changing client needs and increasingly efficient emerging technologies. 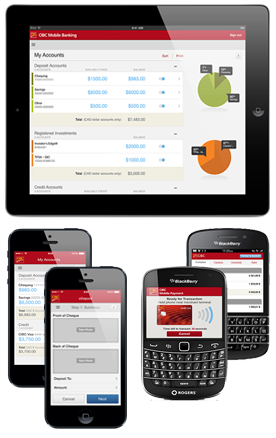 Key to providing effective solutions across all areas of the bank is a broader focus on innovation. CIBC is renowned for its cutting-edge approach; constantly striving to deliver the very best possible customer-focussed solutions has made CIBC an industry leader in mobile-financial services. The bank was the first to deliver a mobile-banking app to its clients, and later followed suit with a first-of-its-kind mobile-payment app—allowing clients to pay thousands of merchants in Canada simply by waving their smartphone at the checkout counter. The bank has also gone a step further, delivering eDeposit functionality in 2013—allowing a client to snap a photo of a cheque and have it deposited to his or her account without ever visiting the branch. Business clients have also benefited. The bank’s latest innovation allows business clients to deposit cash to their bank accounts without the cash actually leaving their stores. This virtual cash-deposit service (accomplished with a special in-store safe and a secure link to CIBC) is a far cry from the traditional daily run to the bank with the day’s receipts.

CIBC has established itself as a leader in Canadian retail banking based on its superior ability to provide clients with innovative solutions, which are increasingly becoming integral to client relationships. CIBC applies a strategic focus on making banking easy, personalized and flexible—a key differentiator from its competitors. All the while, in all areas of the business, CIBC is centred on applying the highest calibre of expert advice and problem-solving talent towards meeting client demands. 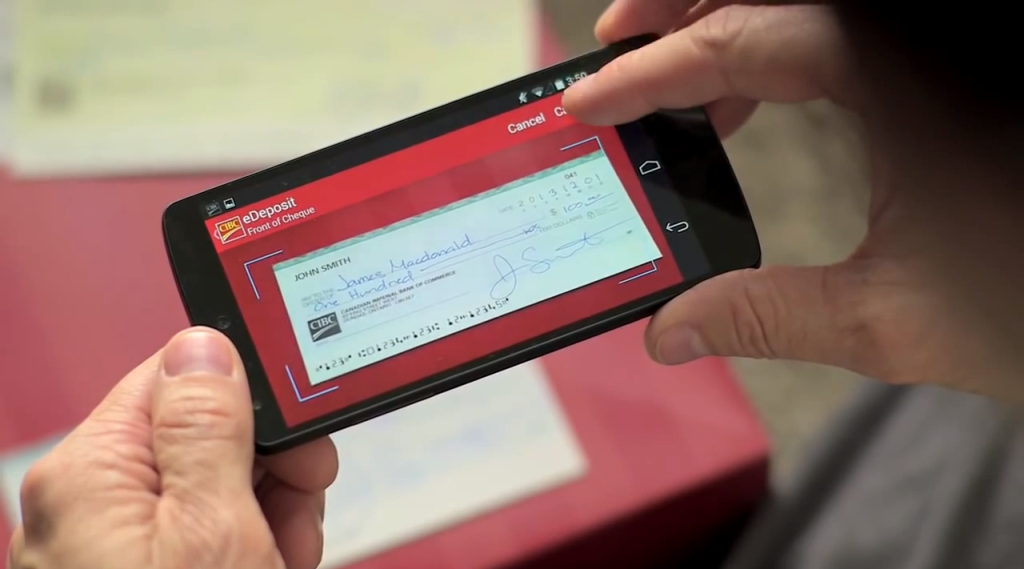 At the heart of the operational framework at CIBC is a focus on the client. Within the bank’s retail division, enhancing the client experience is entrenched in strategy—meaning that all decisions about new services and products must pass through the filter of how it benefits clients, both today and in the future. The bank seeks to ensure clients have a positive experience through whichever channel they choose to carry out their banking, recognizing the shift among consumers to take care of routine transactions through remote channels such as online or mobile banking, while preferring in-person discussions for more significant decisions about financial planning.

The bank’s recent foray into mobile technology is not the first time it has taken the lead on new innovations. In 1969, CIBC brought the first automated cash dispenser to Canadians, a forerunner of the ATMs we use today. At the time, 24-hour access to cash was a very new concept for clients and employees. Others soon followed, and CIBC now has almost 4,000 bank machines in their across-country network, according to the bank’s latest figures.

When it comes to managing the balance between face-to-face interactions and providing convenient technological solutions, CIBC has ensured that branches remain an integral component in the client experience. CIBC has invested in enhancements to processes that will allow for more productive interactions in branches whilst maintaining offerings of face-to-face personal service, where that is the preferred method of customers. In 1983, CIBC was the first bank in Canada to leverage personal computers for use by tellers. In 2014, CIBC launched the COMPASS system—a new multi-product sales origination platform—enabling more effective conversations between advisors and clients by bringing together a number of legacy systems into a single user-friendly interface that allows an adviser to better understand a client’s needs and automatically suggest solutions that are relevant to the client, including pre-approved credit where appropriate. This helps CIBC deepen client relationships, and results from the system rollout in 2014 have been positive—indicating that interactions are more productive and take less time, enhancing both the client and employee experience. CIBC is focussed on incorporating innovations aimed at leveraging automation in branch services to enhance face-to-face interactions with clients rather than replacing them altogether.

By providing access, convenience and flexibility in banking, CIBC has established a leadership position in this area of banking. Clients, media and other stakeholders now recognize CIBC as being the leader in retail-banking innovations in the Canadian market, and subsequently the bank is often consulted about new technologies and the potential they have to shape the future of banking in Canada.

The bank has built on this momentum through acquisitions and strategic partnerships. CIBC announced a deal to buy a CAD $2.1-billion credit-card portfolio from Citigroup’s Citibank Canada MasterCard business in 2010 and reached an agreement to acquire Atlantic Trust in April 2013. 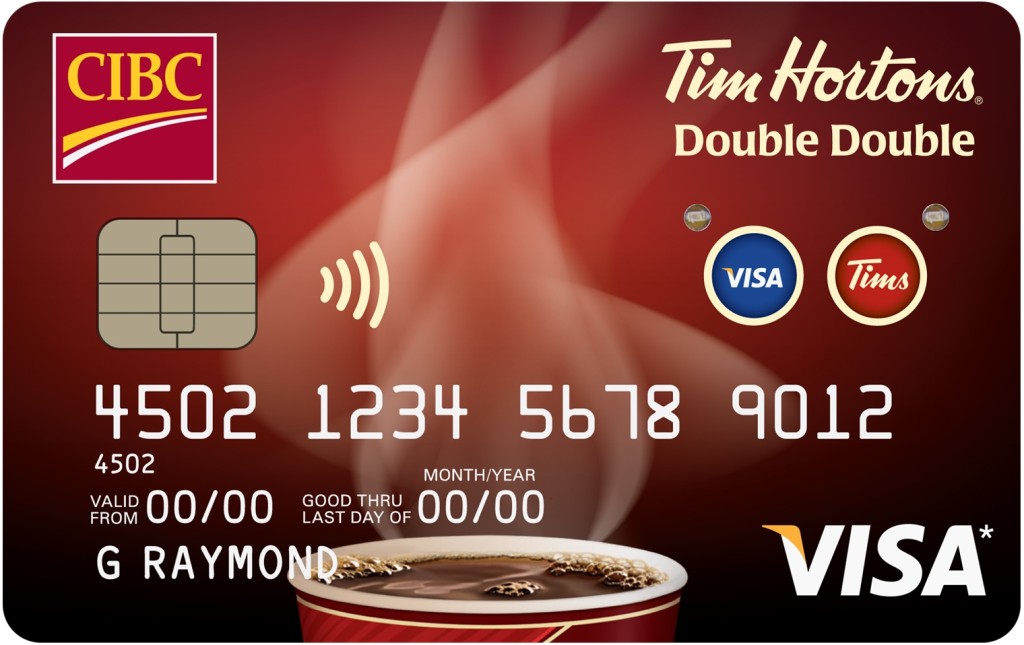 The bank also recently unveiled a number of consumer-focused business partnerships aimed at extending the reach of the bank’s services. An innovative new credit card called the “Double Double” card is a partnership with Tim Hortons, the largest quick-service chain in Canada (the namesake of a former Canadian hockey player—it’s larger than McDonald’s in Canada). The card has dual-button technology, lighting up when the customer chooses to pay by credit or use rewards to get a free coffee or baked goods at one of the chain’s 4,000 plus restaurants. The bank also signed up to be the exclusive partner for the Greater Toronto Airport Authority—meaning it’s the only bank able to operate at Canada’s busiest airport hub in Toronto. With 37 million passengers coming through each year, the bank has a captive audience and an opportunity to turn waiting time into client-relationship opportunities.

Whilst maintaining a laser-sharp focus on business development and innovation, CIBC also works on a number of corporate social-responsibility projects in an effort to support the local community and social development. As an example initiative, CIBC is the lead sponsor of the CIBC Run for the Cure, the largest single-day fundraiser in Canada. 127,000 participants joined in the 2014 run, raising more than $25 million for breast-cancer research. CIBC also contributes to the United Way, which supports local agencies that provide aid to those in need through services such as food banks, shelters, community-counselling centres and many other services.

The Canadian banking industry is held in high regard globally, due to a significant extent to the stability shown during the recent financial crisis. The banking sector has achieved strong growth over the past few decades—with overall profits for the six biggest Canadian banks exceeding a record-breaking amount of CAD $30 billion. Over the next few years, the challenge will be to navigate the new economic and competitive conditions as the sector becomes increasingly interconnected and globalised. Banks must now consider both local and global economic conditions in their strategic planning and positioning to maintain profitability. They must also address non-traditional competitors. As new forms of payments make their way into the global payments ecosystem, the likes of Apple and Google may well be competitors just as much as another bank.

In particular there are a number of challenges for the Canadian banking sector that CIBC must target head-on to maintain, and possibly further, its position within the sector. The domination of the Canadian retail-banking industry by five national banks, including CIBC, provides a strong centralised backbone to the Canadian financial system. However, this structure also poses a number of challenges in terms of differentiating banks from one another. CIBC has been able and quick to recognise and address the evolving needs of clients through cutting-edge innovation and development. Only by continuing to focus on product development and service innovation will CIBC maintain its success in these areas and continue to stand out from its competitors. CIBC is positioned to capitalise on a range of market opportunities. To date CIBC has been a leader in adapting to meet client needs effectively and efficiently. Crucial to properly capturing the potential opportunities over the horizon, both long and short term, will be the bank’s ability to continue to innovate, evolve and expand to meet customer needs and to incorporate technological enhancements into day-to-day operations successfully as it has done so well to date.