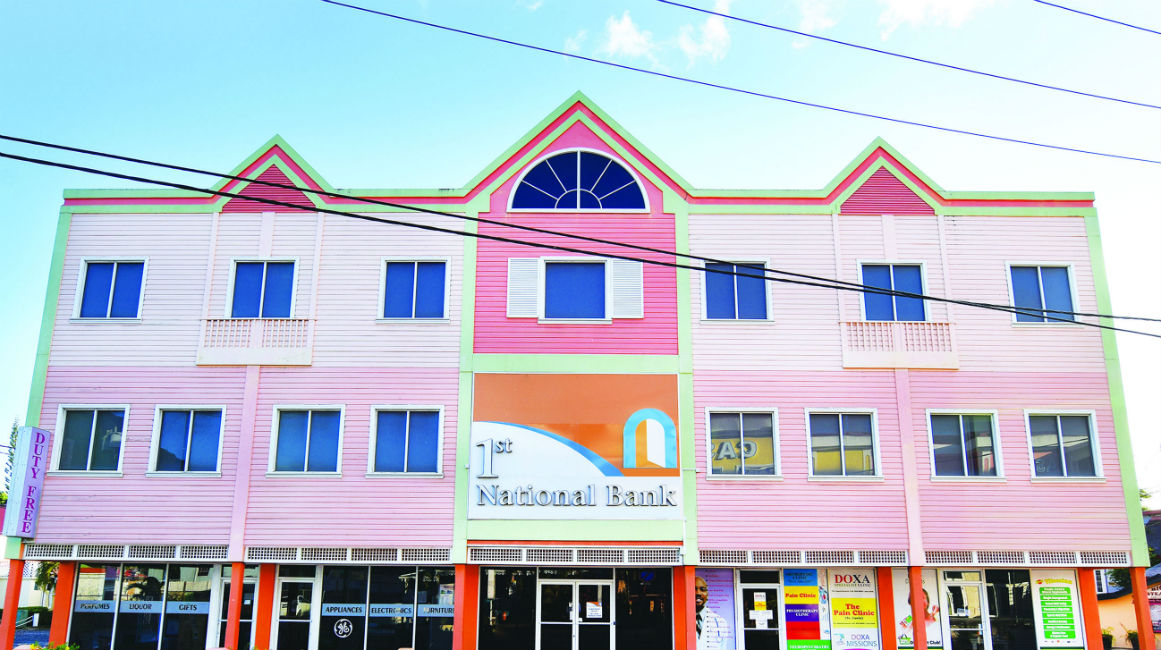 The 21st century brought with it a major global recession, from which the international banking industry has spent the last decade recovering. In the aftermath of the global financial crisis, the focus has been on compliance, anti-money laundering (AML) and combating the financing of terrorism (CFT). Circa 2009, a host of national, regional and international regulatory bodies began imposing more stringent standards on the banking community. The burden on smaller financial institutions increased significantly, and financial-services interests in jurisdictions in the Caribbean have now become all too familiar with the concept of “de-risking”.

De-risking is a phenomenon whereby large banks, typically in metropolitan nations such as the United States, shut off or restrict services to overseas financial organisations and businesses, including correspondent banks. Historically, smaller domestic banks have engaged the international financial community through the establishment of correspondent banking relationships (CBRs) with larger banks in North America and Europe. CBRs enable services such as wire transfers and foreign-denominated transactions, which are crucial to nations with a large diaspora population—a description that fits most if not all Caribbean jurisdictions.

Whereas de-risking has affected small banks worldwide, including banks in the US and Canada but more so in Africa, Eastern Europe, the South Pacific and the Middle East, it is probably fair to say that the effects have been anything but proportionate, and Caribbean banks have perhaps been affected most heavily of all. 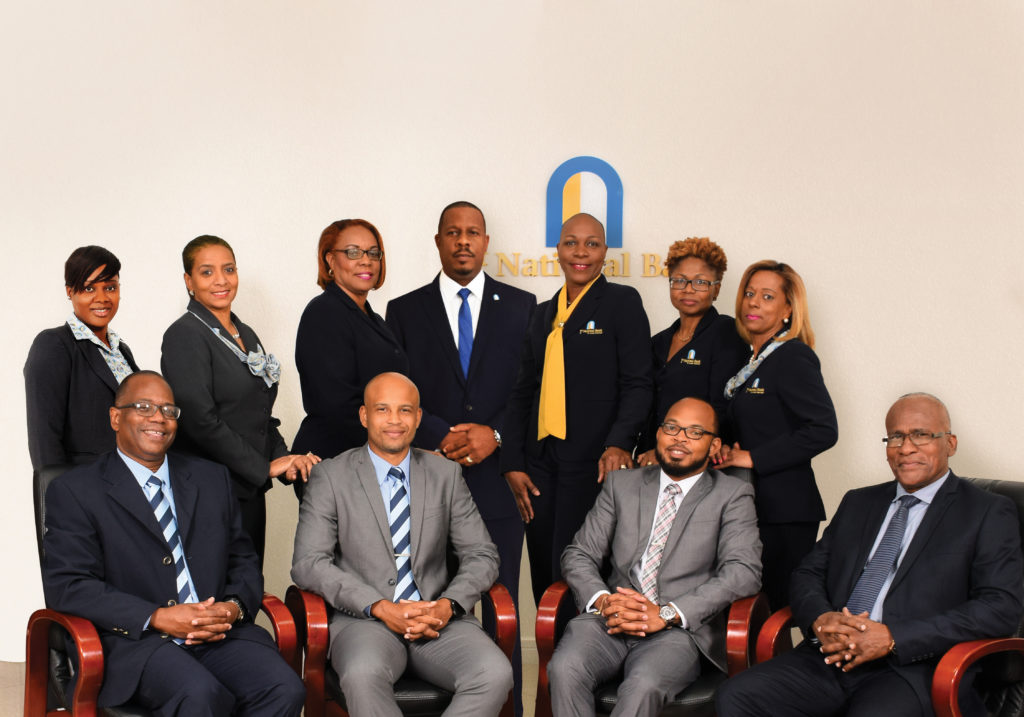 The impact of de-risking on the Caribbean

Surveys in recent years by the Caribbean Association of Banks (CAB) Inc. have shown that regional institutions are spending more and more of their training budgets on AML. The CAB has, in fact, facilitated such training for its members across 20 different territories. The CAB has also discovered that the loss of CBRs over the years has adversely affected regional banks’ ability to process various transactions. Moving money even from one Caribbean territory to another can become a complicated exercise in the face of the spectre of de-risking.

But even whilst banks work to become compliant, or to maintain compliance, de-risking remains a very coeval aspect of their reality. The financial-services sector is one of the principal contributors to the gross domestic product of Caribbean jurisdictions, with a central role in economic growth and development. This is a sector comprised in the main of small to medium-sized domestic organisations, with less and less foreign ownership—especially British and Canadian—in recent years. Foreign-currency payments for regional businesses and ordinary residents alike, the small farmer or the major hotelier, will of necessity transit these relatively “puny” organisations.

Given that the US is the main trading partner for most Caribbean jurisdictions, the importance of CBRs cannot be overstated. Additionally, in a region that boasts a diaspora in the millions, remittances are a significant contributor to local economies, and the loss of CBRs can be virtually catastrophic. But how has de-risking really hit the region?

As of 2018, more than 55 percent of CAB general members had lost some CBRs. In Belize, the nation’s largest bank was de-risked, and others became unbanked. Only recently has Belize begun to re-establish some CBRs. In Guyana, some banks saw correspondent transactions decline by as much as 27 percent between 2014 and 2016 as a result of de-risking. Some money-service businesses shuttered their premises in the Bahamas, the Cayman Islands, Jamaica and Trinidad and Tobago. 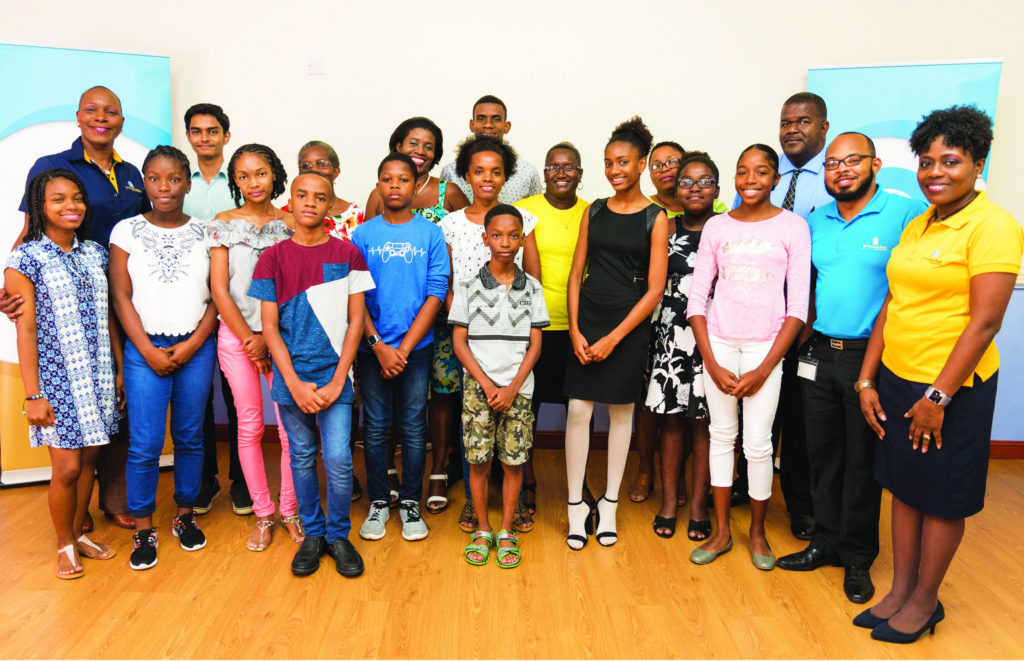 Across the region, wire transfer was the most heavily affected line of business, with nearly 50 percent of respondents reporting that that service had been restricted. Cash-letter deposits, cheque-clearing processes, bank-draft settlements and merchant services were affected as well. The processing times for international payments lengthened unbearably. Most terminated or restricted CBRs originated from the United States.

Customers must now seek these services elsewhere. The loss of business and revenue to other jurisdictions has been a further blow to Caribbean financial-services organisations. As previously indicated, the increased emphasis on AML training means that more resources must be sought and allocated to compliance and due diligence, with some institutions incurring costs that they can ill afford, even when policies and structures are emplaced to bolster compliance. A 2016 study by KPMG discovered that banks have been spending 25 to 50 percent more on compliance since 2009. This is, of course, a very difficult proposition for small organisations.

Invitation to treat: the Caribbean is open for business 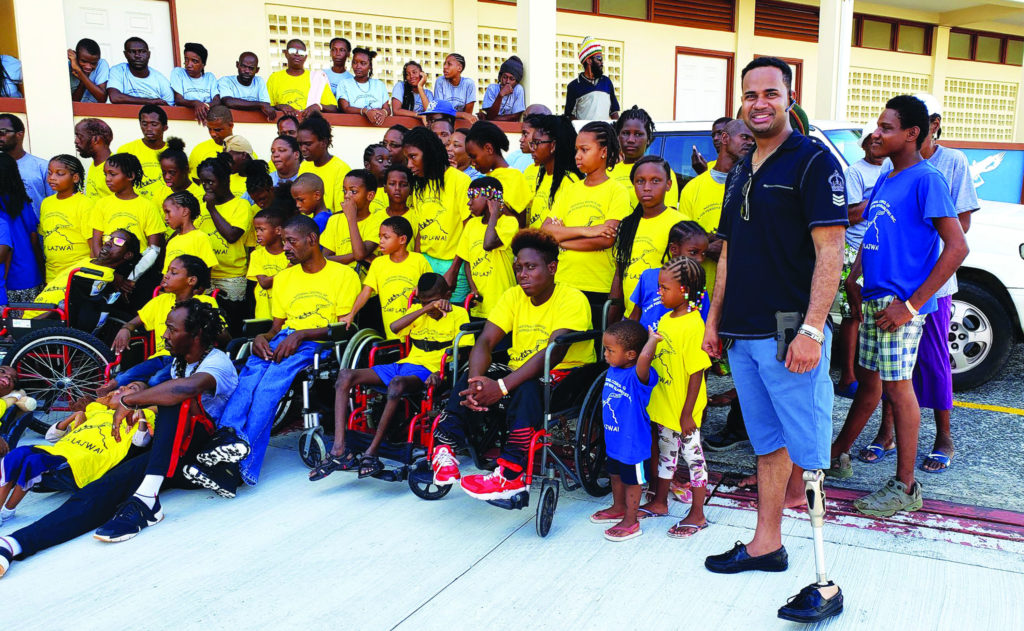 One of the key considerations of the de-risking trend is that smaller banks are typically the ones most heavily affected. Data gathering since 2016 has indicated that the region’s larger organisations have been, by and large, able to retain their CBRs. Scale is important. In the past year, three Canadian banks with operations in the Caribbean have either divested a significant part of those operations or announced plans to so do in the coming months. Two of those banks have sold their assets to Caribbean interests, increasing the scope of regional and domestic interests. In fact, 1st National Bank St. Lucia Limited is part of a consortium of indigenous organisations that is presently working on completing the acquisition of Royal Bank of Canada’s (RBC’s) interests in the Eastern Caribbean. That move could presage a change in the appetite of CBRs to do business on the islands. Greater access to resources and a higher level of collaboration are crucial to changing the landscape.

In terms of fostering greater cooperation between banks in the region, it is important that all players in the financial space speak with a unified voice. The Caribbean Community (CARICOM) spokesperson on de-risking—the prime minister of Antigua and Barbuda, Hon Gaston Browne—reiterated at the 2019 CAACM (Caribbean Association of Audit Members Inc) Conference the need for a united regional approach to the issue, highlighting the importance of maintaining high standards of compliance and customer intelligence as well as the urgency of agility and the importance of remaining viable through creativity and innovation. Advocacy is one of the CAB’s pillars. The banking collective has been front and centre on de-risking: collaborating on white papers; making presentations to regional and international bodies; engaging American banks, regulators and legislators; and reaching out to regional bodies and individual governments to facilitate a coordinated approach. There has been a fair degree of success on this front, including sourcing new CBRs.

The CAB has given members a voice at the table with the World Bank (WB), International Monetary Fund (IMF), Inter-American Development Bank (IDB), Council for Finance and Planning (COFAP) and others. The organisation participated in every discussion of substance held on correspondent banking and has had specific, pointed discussions with relevant agencies in the United States: the Department of the Treasury and the Office of the Comptroller of the Currency. The CAB also represented the regional financial-services sector at the Florida International Bankers Association (FIBA) Anti-Money Laundering Compliance Conference and the Financial Stability Board (FSB) Remittances Workshop, both of which placed great focus on correspondent banking and the threat of de-risking.

CAB members are in receipt of the Wolfsberg Group’s new Correspondent Banking Due Diligence Questionnaire (CBDDQ), which aims to standardise the collection of information that correspondent banks seek from other banks when opening and maintaining these relationships. Such information relates to ownership, products and services offered, and AML/CFT compliance and sanction regimes. The CAB has also worked with the Caribbean Central American Action (CCAA) in furnishing testimony to the U.S. House Committee on Financial Services; with the Association of Certified Anti-Money Laundering Specialists (ACAMS) to develop an article on CBRs; and with the Inter-American Development Bank (IDB) on its project “Strengthening Financial Transparency: Rebuilding Trust in Correspondent Banking in the Caribbean”.

The region has also been looking at how financial technology (fintech) can help ease the burden of de-risking. Several central banks are at some point in their journeys towards issuing digital currency. Presently, the Eastern Caribbean Central Bank (ECCB) has taken the lead, with the DXCD (Digital EC Currency) digital-currency pilot project currently underway. The ECCB has been leading the way in terms of innovation, and the Caribbean is at the forefront of this aspect of the fintech revolution, with central banks in the Bahamas, Barbados, Haiti, the Netherlands Antilles and Suriname all expressing some level of interest in developing digital currencies, the use of which is expected to reduce transaction costs and lead to greater financial inclusion. Germane to the topic at hand, however, is the fact that digital currency can help combat money laundering by increasing transparency and accountability. 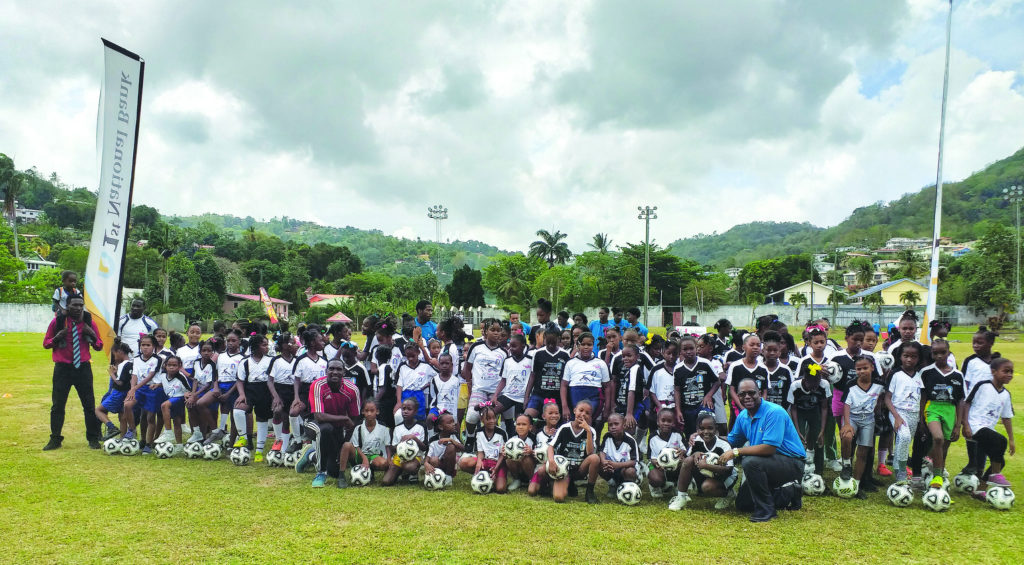 What is the way forward?

The truth is that the money being spent on AML in the Caribbean has been effective. Even the smallest organisations have drastically improved their compliance regimes. By and large, regional governments have implemented robust legislation to support enhanced due diligence. The creation of the Caribbean Financial Action Task Force (CFATF) has done a lot to support the implementation and enforcement of standards across the region. More and more, jurisdictions in this part of the world are on the right side of the compliance equation. Respondent banks in the Caribbean, individually and collectively, are in a better position now than ever before to take their place in the global milieu.

Notwithstanding that there has been some improvement in that regard, regional bankers are all too aware of the need to do more. Caribbean banks continue to identify AML as one of their foremost training needs. This implies that inasmuch as the worst may be over, they are cognisant of the fact that the threat still looms. Although no recent losses of CBRs were reported in 2019, banks are still looking for providers of some much-needed services. Jurisdictions such as the Commonwealth of Dominica have been lauded by international agencies for their improved regulatory environments. Still, a lot of work needs to be done to even approach the previous status quo and to restore CBRs across the board.

Efforts to advocate on behalf of Caribbean banks must not wane. Research and analysis will remain vital tools in helping to understand and address the issue. Training must continue at an unabated pace. And alternative solutions, whether technological or institutional, must be sought. But as onerous as the threat of de-risking and the loss of CBRs has proven to be to Caribbean jurisdictions, there is opportunity, too. By dint of shared determination and ingenuity, the regional financial-services sector is poised to overcome these hurdles and plunge ahead into a stronger, more secure future. 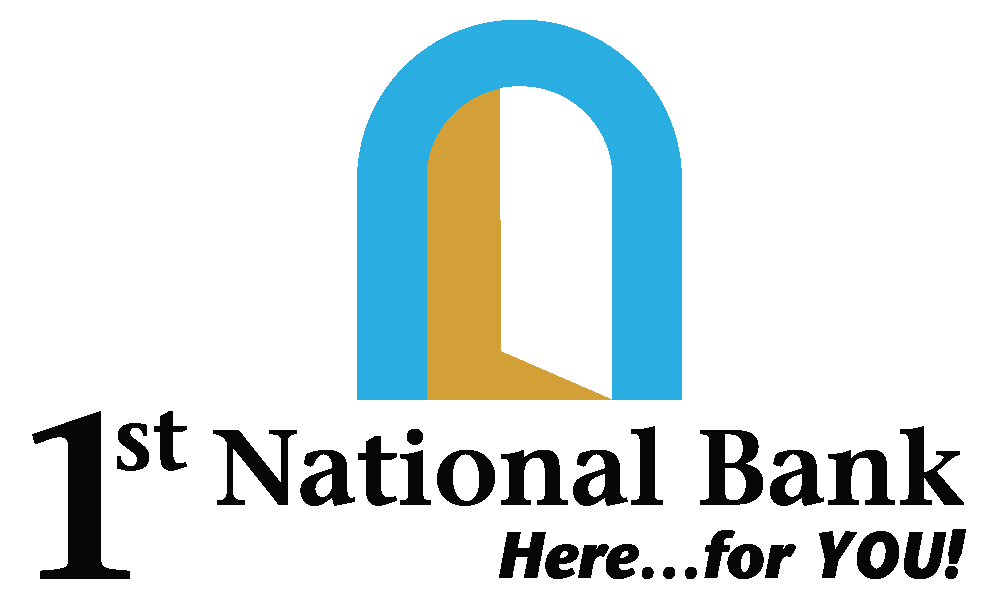