Top Posts
Challenges Remain, But There Are Opportunities to Be Had in...
Interview with Mr. Olukayode Pitan, Chief Executive Officer and Managing...
Commodities Outlook for 2023
The Value of Cash in a Time of Crisis: How...
The US-Africa Leaders Summit: Fostering a Closer Relationship with the...
Three Key Sectors in Which to Invest in 2023
Home Banking China CITIC Bank International (CNCBI): Redefining Banking in Hong Kong and the Greater Bay Area
BankingCompanies 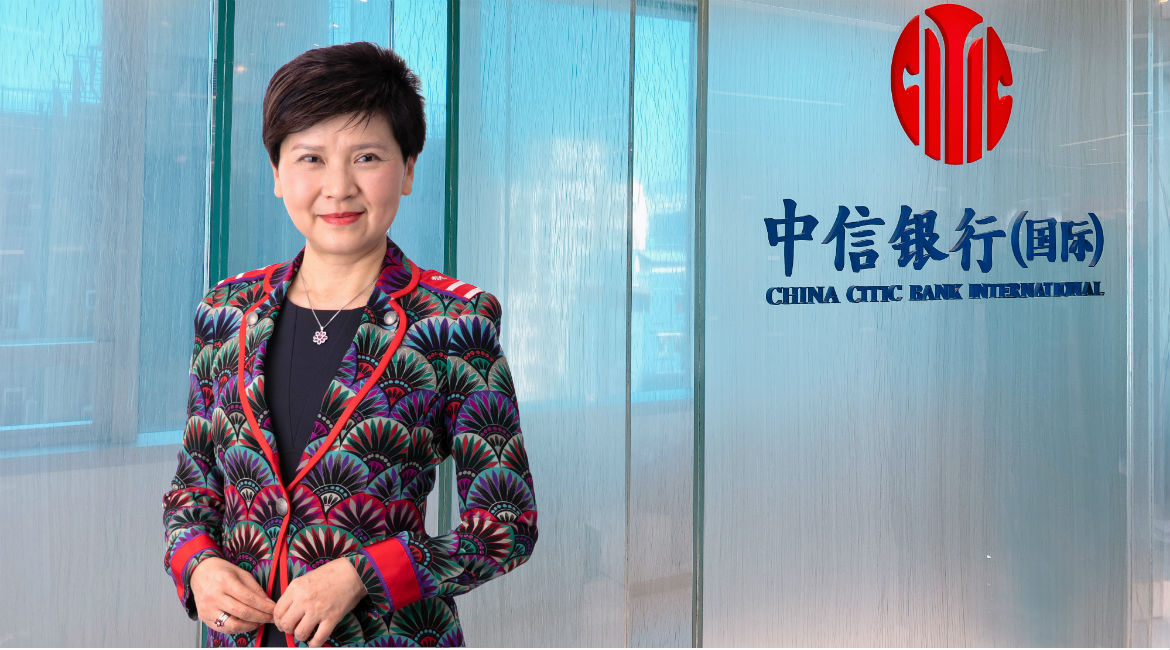 One region in southern China is on the verge of significant technological and economic development: the Greater Bay Area, which covers Hong Kong and Macau as well as nine cities in China’s Guangdong province (Guangzhou, Shenzhen, Zhuhai, Foshan, Huizhou, Dongguan, Zhongshan, Jiangmen and Zhaoqing). It is home to a new government strategy to transform it into an economically advanced and open region that could end up rivalling the likes of San Francisco, New York and Tokyo. And at the heart of this transformation is the dynamic evolution of its banking and financial services; indeed, a dramatic metamorphosis is already underway within Hong Kong banking.

CNCBI welcomes various moves to promote banking innovation and development by the city’s central bank, the Hong Kong Monetary Authority (HKMA), such as the introduction of the Faster Payment System in September 2018, which connects banks and stored-value facilities in Hong Kong to a new integrated payment platform; issuance of virtual banking licenses in 2019, which allow new entity to deliver retail banking services through digital channels instead of physical branches.

It is this degree of readiness upon which Hong Kong will surely rely as new entrants into the local market are now fundamentally shaking up Hong Kong’s traditional-banking model. While its banking sector has already implemented more necessary infrastructure to accommodate dramatic changes than most, perhaps the most impactful changes are just around the corner with the introduction of the virtual bank.

HKMA’s objectives for introducing virtual banks include facilitating Fintech development and innovation, offer better customer experience and promote financial inclusion. As of now, it had approved eight virtual bank licenses.  It is however important to note that HKMA applies the same set of supervisory requirements to both incumbent and virtual banks.

This is perhaps no surprise, given the visible efforts made by Hong Kong to promote Fintech development over the last few years. The Fintech Facilitation Office (FFO), for instance, was set up by the HKMA in 2016, with the aim of facilitating further development of Hong Kong’s Fintech ecosystem, as well as establishing the city as one of Asia’s leading Fintech hubs. It does this by providing a platform for stakeholders to discuss new Fintech ideas; embarking on Fintech outreach initiatives; representing an interface for dialogue between HKMA regulators and market participants to make the regulatory landscape more transparent; initiating research with respect to potential applications and risks of Fintech offerings; and enabling talent to be cultivated to serve Hong Kong’s growing Fintech needs. 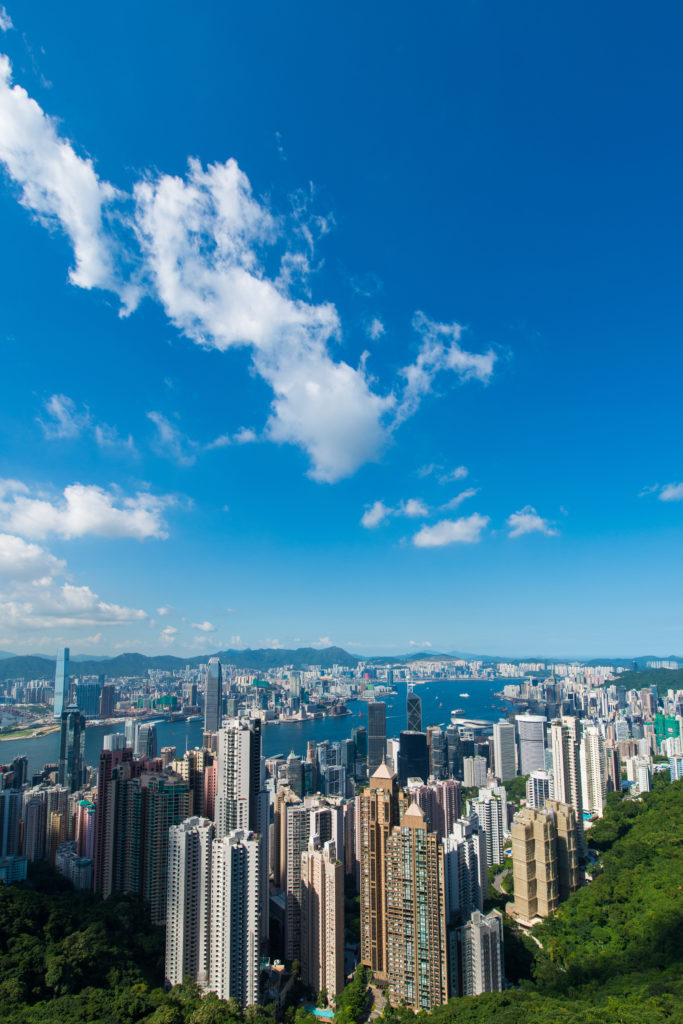 With Hong Kong being decisively accommodative to virtual banks and the Fintech sector in general, therefore, the traditional-banking system now faces mounting competitive pressure. Being able to operate without physical bank branches clearly positions virtual banks to have a potentially significant cost advantage over more conventional banks. Lower costs and fees mean that ultimately, it will become increasingly challenging for brick-and-mortar financial institutions to compete with their digital counterparts – and in many cases, they will have to play catch-up. After all, the technological advancements being ushered in by virtual lenders are now forcing banks to stay abreast of the latest tech-inspired offerings and, in most cases, integrate similar offerings into their own suite of products and services in order to remain relevant.

Nevertheless, traditional banks are not staying still and are actively pursuing ways to invest in new business models enabled by technology to protect their existing customer base and prepare to compete with the new entrants.

The Hong Kong Association of Banks recently declared that such digital lenders “will help foster Fintech development in Hong Kong and promote financial inclusion”, which should, in turn, prompt the banking industry to develop new business models. If the truth be told, however, banks are not underestimating the competitive and existential threat that many are already facing or will soon. And they will undoubtedly be wary of the substantial amount of revenue that could be diverted away from them and into the pockets of virtual lenders. Indeed, some estimates peg the revenue that could be up for grabs at 30 percent of the city of Hong Kong’s total.

But which areas specifically within Hong Kong banking are set to be most dramatically transformed? Examining the heavy reliance on cash in the region, one could reasonably assume that the payments space is likely to be set for a showdown between banks and technology firms. Indeed, Hong Kong is among the most cash-reliant economies in the world, with cash transactions representing a mammoth 17 percent of gross domestic product (GDP) as of 2016. Only Japan relies more heavily on cash among major economies, according to research by the Bank for International Settlements (BIS). A report from Goldman Sachs sees the payments sector in Hong Kong as being a particular hotbed for digital disruption going forward.

From the customer’s perspective, a new choice now presents itself. Does one go with the innovative but untested solution of the virtual bank?  Or is sticking with the tried and tested but perhaps more technologically conservative traditional financial institution still the best and wisest decision? In the eyes of many customers, especially the younger, more digital-savvy ones, it is such choices that could decide the ultimate fate of banks. Customers now have a wider sample of lenders from which to choose.

Fintech will fundamentally transform the way in which products and services are delivered. The future of retail banking is about merging banking into customers’ daily lives. We aim to be a digital and customer-centric bank. Helen Kan, Executive Director & Alternate Chief Executive Officer, Group Head, Personal & Business Banking Group, China CITIC Bank International
While not every bank in Hong Kong may be ready for such a change, there are certainly some that seem well prepared. Among the forerunners of digitization within Hong Kong banking is China CITIC Bank International (CNCBI). With a major presence in Hong Kong, CNCBI is one of the leading and most forward-thinking banks for launching truly remote account opening services in March 2018. CNCBI is acutely aware of the increasingly crucial need to invest in digital channels and Fintech applications in order to deliver the best customer experience and products/ services to its customers. This entails an exciting transformation of how products and services are delivered to its target customer base.

At the same time, the question that is often posed to traditional financial institutions will undoubtedly be posed to Hong Kong’s banks such as CNCBI: Is competing with technology companies the ideal move, or iscollaboratinglikely to yield more fruitful results? Many believe the advent of virtual banking will yield many partnerships between banks and Fintech companies. KPMG, for example, recently asserted that Hong Kong’s financial-services industry will transform into an ecosystem in which traditional banks form strategic partnerships with start-ups and technology and telecom companies in order to implement innovative Fintech solutions and thus enhance their service capabilities. Although it is yet to be confirmed which entities will end up running the digital-banking platforms in Hong Kong, KPMG China’s partner and head of Hong Kong banking, Paul McSheaffrey, expects that it is “likely to be a combination of technology companies and banks together that will drive this ecosystem”.

What’s more, exposure to this evolving ecosystem will almost certainly spur further development of various market players. According to last year’s World Retail Banking Report from Capgemini, Fintech and bigtech firms have not yet made significant contributions to this new banking ecosystem. But that said, the report observes an increasing number of bank executives who are projecting growing influence going forward. As such, the potential and ability of such firms are likely to spur significant collaborative activity in the coming years. Furthermore, partnerships could well emerge at the product-and-service level, with banks and non-banks coming together to deliver more comprehensive offerings than could otherwise be managed by each entity on an individual basis.

CNCBI is certainly aware of this evolution and already provides much evidence to demonstrate its commitment towards designing the ideal customer experience through digitization. Specifically, it is focusing on integrating the customer’s banking experience across physical and virtual environments, and it is now providing customers with targeted, timely product and service information across various channels in an effective and seamless manner. As a strategic measure, it is also tapping market potential offered by those customers who are looking to open bank accounts remotely. Using its exclusive inMotion – an app that is now available for both iOS and Android users – customers have access to a remote account-opening process that can be completed in just 15 minutes, the first service of its kind in Hong Kong. This service, moreover, has even been extended to investment-account opening and virtual credit card application.

inMotion provides just one example of how CNCBI is gearing up for this new banking paradigm within Hong Kong and the Greater Bay Area. And it seems likely that the bank will deliver more cutting-edge solutions for its customers in the near future. In recognition of its continued Fintech development and achievements, CNCBI was consecutively awarded the second prize in the Shenzhen-Hong Kong Fintech Award jointly organized by the HKMA and the Shenzhen Office of Financial Development Service. It is clear that a spirit of innovation runs deeply throughout the bank, and as such, it will remain enviably positioned to usher in the new era of digitised banking for some time to come.