Top Posts
How Gamification is Catapulting Digital Banking to the Next Level
Challenges Remain, But There Are Opportunities to Be Had in...
Interview with Mr. Olukayode Pitan, Chief Executive Officer and Managing...
Commodities Outlook for 2023
The Value of Cash in a Time of Crisis: How...
The US-Africa Leaders Summit: Fostering a Closer Relationship with the...
Home Banking China: shadow banking into 2014 and beyond?
Banking

China: shadow banking into 2014 and beyond? 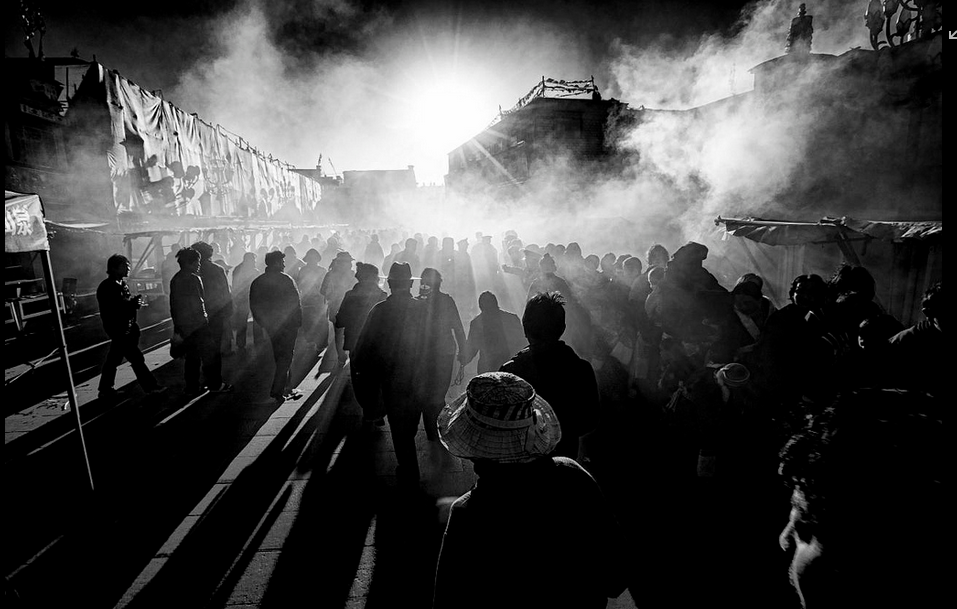 Shadow banking in China, one of the world’s largest economies, has become a primary concern for investors and market participants across the globe. China’s financial sector is currently a key contributor and component of the world economy. Allowing the number of risky, questionable and opaque banking activities to multiply rapidly within China, one of the world’s largest economies, risks putting the global economy in danger of a future financial crisis.

The impact will be universally felt if China’s economy is destabilized as a result of the shadow banking industry. Investors are understandably concerned over the integrity and stability of China’s $7.5 trillion shadow banking industry. These concerns are only further exacerbated by China’s consistent lack of transparency, combined with lingering anxieties after the post-2008 financial crisis.

Shadow banks have developed and grown in number because of an increased need for sources of credit. The shadow banking system connects those who need capital with those who can provide it – but, the flow of credit occurs outside of the provisions of the formal banking sector or the traditional bank loan avenues. In some circumstances, lending networks are created and executed informally, with participants borrowing directly from one another. In other cases, shadow banking is conducted by financial institutions that are not banks – often called “trusts” in China. The trusts perform a large proportion of shadow banking activity. Within the trusts, the shadow banking providers create credit; yet, they avoid the regulatory scrutiny of traditional lenders. Beyond trusts, additional examples of shadow banking facilitators include hedge funds, money market funds, and broker dealers. By the very definition and structure of shadow banking, there is little to no information about shadow banks when compared to conventional financial institutions.

Shadow banking has become a significant problem and is growing at a high rate in China. In 2013, JP Morgan reported that China-based shadow banking activities almost doubled in size between 2010 and 2012, jumping to nearly $6 trillion. This equates to approximately 70% of Chinese gross domestic product (GDP). The assets under management at China’s trust firms at the end of 2013 had increased by 46% compared with the end of 2012.

Risky real-estate developments account for a large portion of the funds transacted. In addition, there are other projects that have been rejected because they were determined to be too risky by the regular banking channels. The consequence is that overly risky investment and business activities are taking place, where they would have normally been stopped or restructured for financial security. This is exposing the market to the risk of collapse.

Shadow banking transactions are poorly, if at all, regulated. The deals are often specifically designed to circumvent typical banking regulations. With the rapid expansion of shadow banking, debt is growing within the Chinese economy. As a result, fears that Chinese shadow banking deals are beginning to resemble 2008’s toxic subprime mortgage crisis are somewhat understandable.

The information gap between investors and banking activities is especially wide in China, particularly when it comes to shadow banking. Investors are forced to accept a general lack of transparency. As a result, there is mistrust and less confidence in the accuracy of government reporting. In January 2014, a $469 million trust in China named “Credit Equals Gold #1” had to be bailed out. It only worked to fuel fears further. In that case, China avoided a potential crisis by making up the shortfall to investors with public funds. Even after the bailout, many market participants remain concerned that the rescue only further inflated China’s shadow banking bubble by encouraging moral hazard.

The size of the shadow banking market in China is currently unknown, but JPMorgan has estimated the current size at approximately 46 trillion Chinese Yuan (approximately $7.5 trillion) and that number is growing. Chinese households choosing to turn away from low-yielding bank deposits combined with a deregulation phase that has encouraged competition from non-banks within the shadow banking market has led to this rapid growth.

The Chinese government is attempting to control the risks by increasing monitoring whilst also attempting to draw cash out of the sector in order to slow shadow banking growth. Currently, the changes have been slow and loosely upheld. Regulation and control is difficult to achieve for this part of the Chinese economy. Since shadow banking is the primary capital source for companies that fail to receive regular bank support, it is difficult to stem the flow. Specifically, it will be a tricky task to mitigate the risks of shadow banking without depriving businesses of crucial capital required.

The problem has grown because policymakers have been too slow to reform the formal banking sector. In fact, the formal banking system in China has not been allowed to operate on a standard, commercial basis and has been restricted unnecessarily by excessive regulation and bureaucratic burdens. Historically, capital has gone to state-owned businesses and other politically favoured projects, starving other commercial enterprises of essential funding. The alternative, shadow, financial system grew out of this shortfall. It now risks spiraling out of control.

China tightly controls the flow of money in and out of the country, making it less connected to the world economy when compared to other major players such as the United States and Europe. This may insulate the world to some degree from a collapse in the Chinese banking industry. However, a failure in shadow banking would cause China’s growth prospects to suffer severe and substantial damage. This has the potential to damage global growth, as well international investor confidence.

Alongside the size, the impact of a default in this market is yet to be ascertained. There are fears that a default could spark panic among investors in shadow banking. This may affect the entire banking sector, pushing it towards collapse. Currently, bailouts may be preventing last minute disasters; but, how many bailouts can realistically be provided? There are likely other teetering investments on the horizon and the bailout funds cannot last forever.

Additionally, the current low level of public-sector debt in China leaves plenty of room for bailouts as of the start of 2014. As a result, China should be able to remedy the risk of a potential banking crisis by practical and swift use of its public funds. According to the International Monetary Fund (IMF), China’s gross government debt totaled 26% of GDP in 2012, compared with 102.7% in the United States. China also has the largest foreign exchange reserve in the world – currently amounting to $3.7 trillion. By harnessing those resources, China is positioned to avert disaster; but, this is dependent on taking action at the correct times.

China’s shadow banking industry may not pose the largest risk to the global economy today; however, it is a significant risk for the world economy. China remains a core market participant and a dominant global revenue generator. Policymakers currently have the resources and tools they need to clean up the Chinese banking industry – both formal and shadow – to benefit the future of the Chinese and world economy. However, they must take swift action and mitigate the building risks.