Top Posts
How Gamification is Catapulting Digital Banking to the Next Level
Challenges Remain, But There Are Opportunities to Be Had in...
Interview with Mr. Olukayode Pitan, Chief Executive Officer and Managing...
Commodities Outlook for 2023
The Value of Cash in a Time of Crisis: How...
The US-Africa Leaders Summit: Fostering a Closer Relationship with the...
Home Banking Collateral Policy—Central Banking’s Powerful Secret Ingredient
Banking 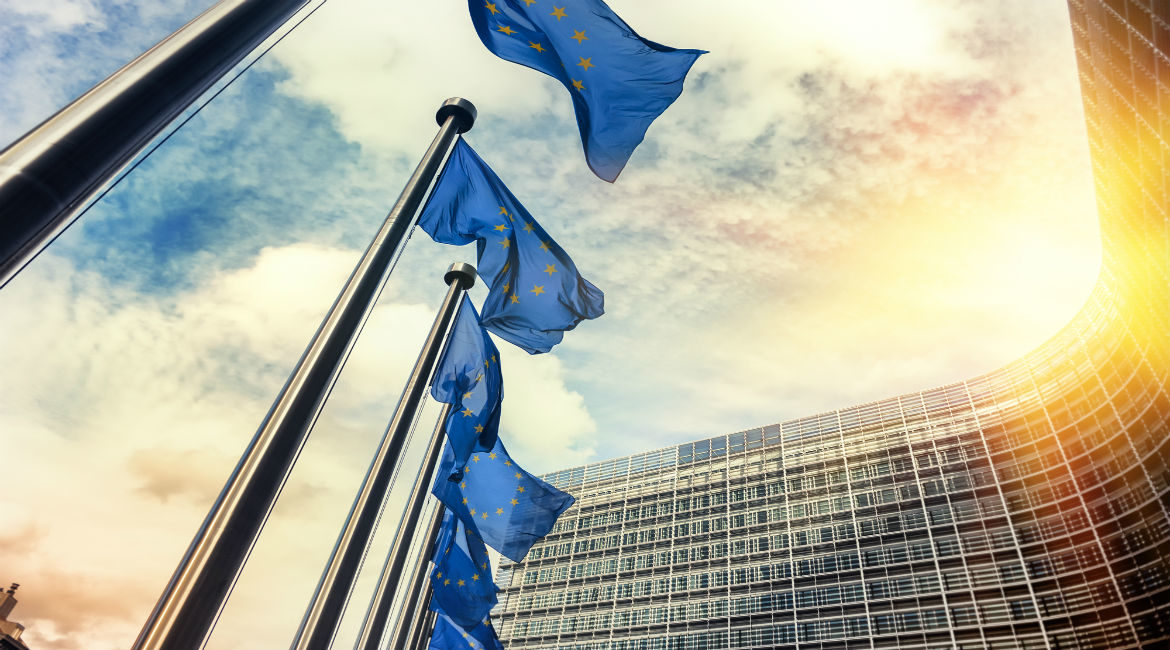 By Kjell G. Nyborg, Swiss Finance Institute Professor of Finance at the University of Zurich, CEPR

Modern economies run on the back of a monetary and financial system through which most transactions ultimately settle in central-bank money. As the ultimate issuers of money, central banks are imbued with substantial power to influence financial markets and the real economy. It is important to understand how they use this power and the associated implications. While public attention and most academic work focuses on interest-rate policy, central banks also set policy in another sphere of influence that is more closely linked to the money-creation process, namely with respect to the collateral against which they issue money. It is a little appreciated or discussed fact that central-bank money is issued against collateral—paper assets such as government bonds, bank bonds and non-marketable credit claims. The details regarding the type of collateral that central banks accept and the terms of exchange between collateral and money are tucked away in policy documents with the technocratic-sounding label collateral framework. These frameworks constitute a largely ignored, almost hidden, aspect of monetary policy that have far-reaching, but little understood, consequences. In this article, I outline some of the ways central banks use their power to influence markets and society as a whole through their collateral policies.

The recent growth in the size and influence of central banks underscores the importance of obtaining a deeper understanding of what they actually do. Over the period 2004 to 2015, the balance sheet of the US Federal Reserve grew fivefold while that of the Eurosystem—the collective structure of national central banks in the euro area spearheaded by the European Central Bank (ECB)—grew threefold. In the euro area, the ECB has even been in the vanguard in the fight to save the euro and the European project itself. Mario Draghi has famously declared that the ECB will do “whatever it takes to preserve the euro”. Collateral policy has been central to this.

Collateral frameworks are typically viewed as serving a risk-management function. Just as banks require collateral as protection against losses in default when they lend to households and businesses, central banks require collateral when they lend (issue money) to banks. However, there is more to collateral policy than risk management. For example, the incentives created by a central bank’s collateral framework may affect the production of financial assets and the underlying real assets. By way of an aphorism, if central-bank money is only available against igloos, or igloo-backed securities, igloos will sprout. A collateral framework that is biased in favor of housing will stimulate the production of housing and, if taken too far, increase the risk and severity of a property bubble.

To make the discussion more concrete, below I focus on the collateral framework, or policy, of the Eurosystem. This is an especially interesting case because of the complexities that arise from having a single currency across multiple countries. Moreover, the troubled economic, financial and political states of the euro area arguably represent some of the most worrying economic and political issues of our time. Concerns about the viability of the euro itself are central to these problems. It is, therefore, critical to look more carefully at how the Eurosystem operates and the construction of the euro.

My approach to this has been to first study the official, legal documentations that describe the fine details of the Eurosystem’s collateral framework and how it has developed over time. To clarify what these documents really mean and how the legal rules are implemented in practice, I have also collected a large number of empirical and practical facts through what can best be described as forensic research. The evidence shows that the Eurosystem’s collateral framework impairs market forces and discipline. This is surprising given that market discipline is the third pillar of the Basel regulatory regime for banks, but is consistent with the view that collateral frameworks represent policy.

The potential impact of collateral frameworks reaches beyond the idea illustrated by the “igloo aphorism” above in that they affect the production of collateral and real assets. First, and more generally, asset prices may be affected. Assets against which the central bank issues central-bank money may be favored in the market through higher prices, lower repo rates and more trading depth. Second, haircuts may be set such that the impact of eligibility differs across asset classes and individual securities, possibly by design or even inadvertently. For example, to support some banks, the central bank can favor particularly illiquid collateral by giving these assets relatively low haircuts. While this may help channel liquidity to “where it is needed”, it may also cause distortions in asset and money markets by affecting asset prices asymmetrically and reducing the role of market discipline.

Third, collateral frameworks can reduce banks’ incentives to monitor debtors by accepting non-marketable collateral. Fourth, political influence on banking and financial systems may be facilitated by extending favorable terms to collateral with government guarantees. Fifth, haircut rules and guarantee policies can interact to increase market segmentation. Sixth, collateral frameworks can facilitate indirect bailouts, propping up poorly performing banks that should instead be resolved optimally. Seventh, favoring illiquid and risky collateral may also weaken the balance sheet of the central bank and make the financial system more vulnerable to systemic shocks and crises.

The Eurosystem’s collateral framework suffers, to varying degrees, from all of the above predicaments. There are 30,000 to 40,000 different securities on the public list of eligible collateral, ranging from government bonds to unsecured bank bonds and asset-backed securities. The vast majority of these do not have market prices, and approximately one-third are listed on non-regulated markets. There is also what we can call a private list of eligible collateral. This is comprised of securities with approved “private ratings” and non-marketable assets such as credit claims. The evidence is, therefore, that Eurosystem collateral values are typically based on model, rather than market, prices. Furthermore, banks tend to use collateral from asset classes with a relatively high incidence of theoretical prices. Overall, the ECB’s collateral policy is biased in favor of risky and illiquid collateral. The impairment of market forces is also evident by the fact that the ECB updates haircuts only every three to four years. Instead of seeing the ECB using markets to set haircuts, one observes the reverse, namely that important segments of the repo markets adopt the stale haircuts set by the ECB.

An absence of market forces and discipline at the core of the monetary system creates a vacuum for other forces to step into, such as rating agencies and politics. Before the financial crisis, the Eurosystem’s collateral framework accepted public ratings from three agencies, Moody’s, Fitch and Standard and Poor’s (S&P). In 2009, a fourth agency, DBRS, was added to the list. This is significant because the baseline rule is that only the highest rating matters, with the lowest haircuts within asset classes achieved for collateral rated A- or higher. Collateral rated below BBB- is ineligible. I document that DBRS has been pivotal in giving Italy and Spain ratings of A- and Portugal a rating of BBB- over long stretches of time (all ratings are stated on the S&P scale). This added around EUR 200-300 billion in increased Eurosystem collateral value to bonds issued by these countries and can be interpreted, therefore, as having helped facilitate indirect bailouts.

DBRS finally downgraded Italy to BBB+ (on the S&P scale) in January 2017, after substantial quantities of sovereign and bank bonds had been purchased through the Eurosystem’s quantitative-easing program. This “expanded asset purchase program” reduces the importance of the haircuts in normal operations.

In December 2011 and February 2012, the ECB implemented one of its most significant unconventional monetary policies prior to the advent of quantitative easing. In two operations, it offered banks unlimited three-year funding against eligible collateral. In aggregate, banks took around one trillion euros. At the same time, to take advantage of this opportunity, the Italian government granted an unprecedented number of guarantees to low or non-rated Italian bank bonds to increase their Eurosystem collateral value. In addition, the ECB added around 10,000 unsecured bank bonds trading on non-regulated markets to the public list of eligible collateral, even as the value of eligible collateral vastly exceeded banks’ aggregate demand for central-bank money. The overall impression left by the evidence is that the ECB has used collateral policy to implement an indirect bailout of some euro area banks and sovereigns.

Collateral policy has been integral to the ECB’s bid to stave off the crisis and, in Mario Draghi’s words, “preserve the euro”. Over time, the policies of the ECB have spiralled ever outwards in terms of strength. However, because the fundamental problem of the euro lies in the realm of the politics of international relations, it is unclear whether these policies are sufficient to preserve the euro. The indirect bailouts afforded by the ECB’s policies are inefficient because they are indiscriminate. They can also be said to contribute to market uncertainty, in part because it is not clear how permanent they are.

Central-bank collateral frameworks are the foundation of the monetary and financial system. They are an overlooked element of monetary policy that can affect asset prices, workings of financial markets, profitability of banks and welfare in the broader economy. A larger place for market forces and discipline within collateral frameworks should help make the financial system more stable and less prone to political pressure or mistakes by policymakers.

The importance of central-bank money in the economy provides central banks with substantial power. Like other institutions of power, central banks should arguably be subject to scrutiny, checks and balances. This requires a deeper understanding of what they do and, especially, of the opaque structure at the heart of central banking and the money-creation process, namely central-bank collateral frameworks.

Redrawing the Lines of What’s Possible in Payments