Top Posts
Could Big Tech’s Iron Grip on Digital Advertising Soon Come...
Can Recent Oil Discoveries Prove to be a Boon for...
Is It Time to Explore an Alternative to Fractional-Reserve Banking?
Can AgTech Prove Instrumental in Helping to Feed the World’s...
Can the Indo-Pacific Economic Framework Expand US Economic Influence in...
Banks Remain Uniquely Vulnerable to Sophisticated Cyber-Attacks
Home Banking Commodity Price Declines and their Economic Impact
BankingCompanies 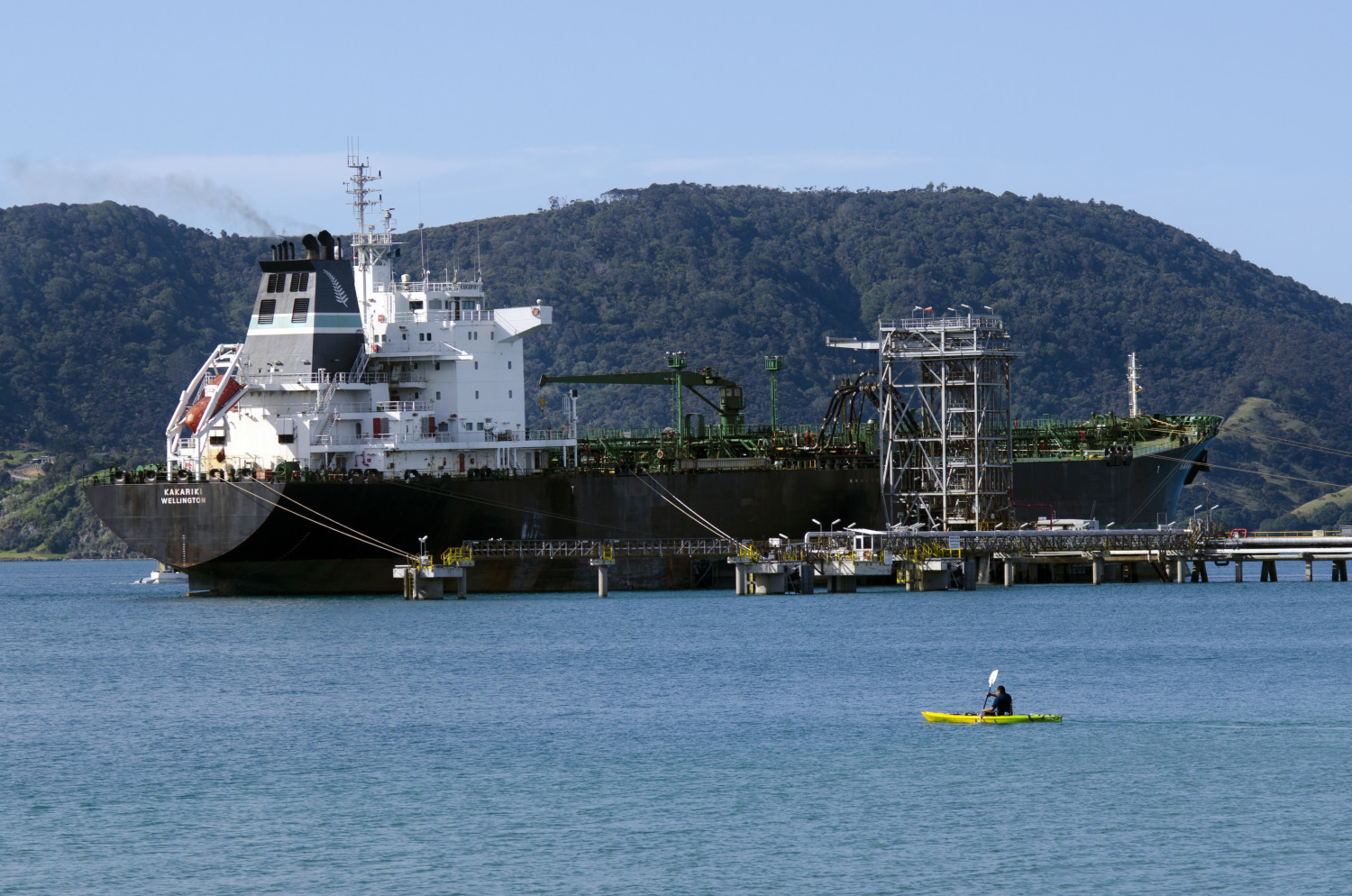 As one of the biggest banks operating in a commodity-exporting country such as Australia, much of our time is spent trying to comprehend how trends in commodity markets are likely to impact the economy, and our customers. Without a doubt, one of the biggest issues we face right now stems from the dramatic declines we have seen in industrial commodities prices, particularly in iron-ore and oil markets. So what does it mean? Given the far-reaching consequences of falling oil prices, it is perhaps prudent to start with how we see this unfolding before moving on to the implications of lower iron-ore prices for the global and Australian economies.

The extensive falls in oil prices since the second half of 2014 have taken many analysts by surprise. They are surprising in terms of both scale and swiftness, given that global oil supply has built steadily over the last five to six years, outstripping the still-robust demand growth in emerging economies. Supply has largely been driven by the highly efficient drilling methods employed by US oil projects through horizontal drilling and hydraulic fracking. Meanwhile, output by major producers within OPEC and Russia has responded positively to the strong price growth over the same period.

So what were the main drivers that triggered the turning point in oil prices last July? There are a number of them:

The final point is particularly important! While demand and supply factors simultaneously play a part in contributing to overall lower global prices, we believe that it is overwhelmingly a story of a once-off positive supply shock, which has starkly different implications for global and Australian activity than if it were solely demand-related.

Implications for the global economy:

A fall in global oil prices of such severity and swiftness will have extensive implications for oil importers/exporters, consumers and governments.

An important consideration in any assessment of its wide-ranging impact is the issue of how persistent such low prices will be. On the basis that a global glut typically takes longer to correct itself than a demand-driven price cycle, we suspect that global spot prices are likely to linger around currently low levels for both this year and next.

The highly variable effects of the oil-price drop have bred some winners and losers: perhaps the most obvious to be hit hard are the intensive oil exporters such as Russia and OPEC countries, which are heavily reliant on oil revenues to fund their government expenditures, including social programs and transfers. At the industry level, energy-mining companies and affiliated industries will also be negatively affected. Against that, many countries and industries will stand to benefit. Fuel-importing economies such as Japan, China and India—who are major trading partners for Australia—will gain from cost savings associated with lower import bills that may get passed on to varying degrees to the household, business and export sectors. Meanwhile, industries of which input costs are heavily weighted towards oil will also be able to free up their cash flows and operate at higher margins.

More broadly, lower oil prices will feed into already softening global inflationary pressures, allowing more scope to keep policy settings accommodative, ensuring any recovery in activity can gain traction. Therefore, sustained low oil prices are expected to provide a boost to global activity in the medium term, with a recent analysis by the IMF (International Monetary Fund) concluding a gain for world GDP of between 0.3 and 0.7 percent in 2015, compared to a scenario without the drop in oil prices.

Our views are not too different from the IMF’s, but they are somewhat more conservative given the rather downbeat global environment in which this shock has occurred. Also, one of the lessons from the past is that the final economic impact of reduced (or increased) oil prices is heavily dependent on the response from monetary policy. While unconventional monetary-policy options are still available, the ability for aggressive easing of policy is perhaps more limited than a traditional textbook shock might suggest. Of course, there is always more scope to keep policy accommodative for longer—albeit that would point to smaller but more long-lasting impacts. Another complicating issue is the interaction of the oil shock with other commodity prices. For some countries this complicates the winners and the losers story. Australia is a good example of this via the large negative income effects of substantial falls in iron prices (again largely due to supply issues). But for other large economies (China, India, Europe and much of non-Japanese Asia), the combination shock adds to the potential stimulus via further reduced input costs (i.e., not just oil prices). That in turn creates further feedback loops via better export opportunities. 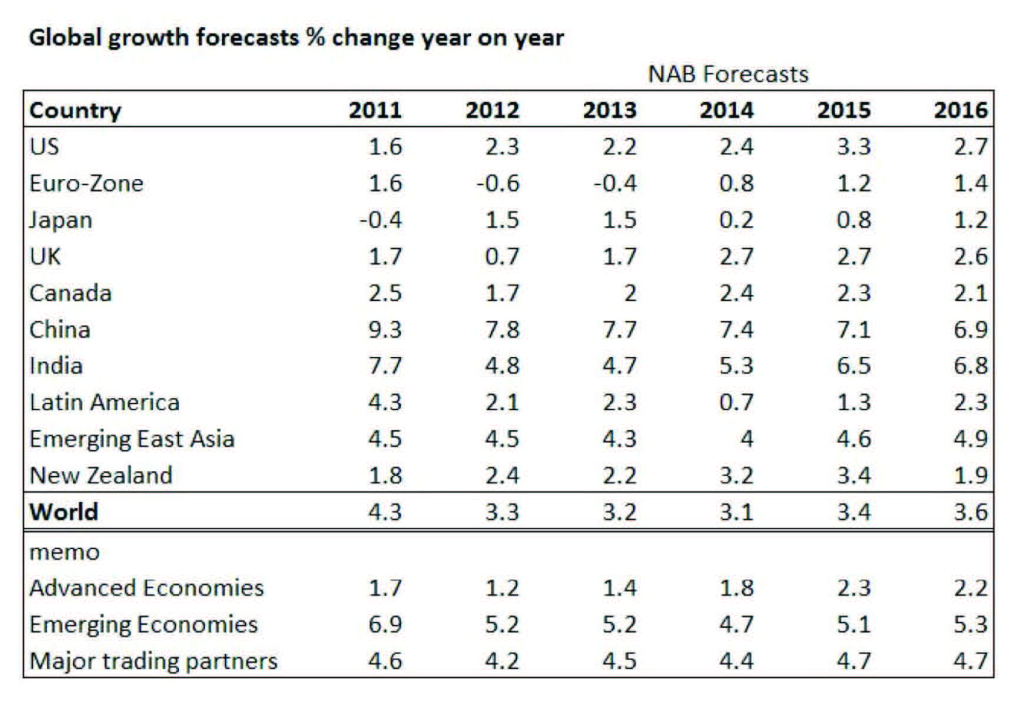 Implications on the Australian economy:

To examine the effects of an isolated oil shock, we have run modelling scenarios based on moves in the oil price to date. In the short term, the results suggest that the main impacts are likely to be seen in inflation and interest rates. Of course, the overall impact will also be contingent on the degree to which second-round price effects are passed through to consumers and ultimately household spending. Lower consumer prices might also factor into weaker wage growth pressures, which are already at historic lows.

While the price effects are largely self-explanatory, the limited windfall for real activity (at least in the near term) is perhaps a little surprising. This is largely a reflection of the offsets to higher disposable income we can expect to see, such as negative wealth effects from lower (energy) equity prices and a greater contraction in business (namely mining investment) that will weigh on the labour market.

But perhaps most importantly from a banking perspective is what this implies for interest rates. Fewer inflationary pressures—along with lower global interest rates—suggest that further cuts to official domestic interest rates will be called for. The RBA already cut rates by 25bp in February and will likely need to cut again in coming months, although the timing will be very data dependent. Should the labour market deteriorate even more than we expect, a third cut this year would not be out of the question (30% probability at this stage). Indeed, without lower rates, the outlook would likely be significantly worse. Lower interest rates will be instrumental in the anticipated recovery of consumption and dwelling investment, which along with very strong exports growth as resources production ramps up, will drive better growth going into 2016.

While lower oil prices (and interest-rate cuts) will drive stronger growth in 12-to-18-months’ time than we previously expected, sharp declines in bulk-commodity prices (particularly iron ore) are expected to erase billions of dollars from domestic incomes. Fortunately, Australian iron-ore operations tend to be very cost-effective, with most operations remaining profitable even at current prices. This means we can still expect to see strong growth in export volumes, but the hit to incomes still implies a much more protracted slowdown for the economy in the near term. A depreciating Australian dollar (AUD) and a high degree of foreign ownership in the commodities space should provide some buffer for the economy, but the long-run negative implications for investment in the mining sector could be even more significant.

So, in summary, the Australian economy is facing two offsetting shocks that have different timing impacts. In the near term, lower oil prices significantly reduce inflation outcomes (with the core inflation measures likely to fall below the Reserve Bank of Australia’s two-to-three-percent target range within months). Lower incomes (around AUD 30 billion per annum) from iron ore (and other commodities) reduce both business confidence and investment—especially in mining—in both the short and medium term. Significant falls in resource equities (down around 20 percent over the past six months) also add to slower near-term consumer sentiment. However, the price/income effects also allow the central bank to reduce official interest rates – the RBA has already responded with a 25bp reduction in the cash rate in February, but we expect to see another cut in coming months should the labour market deteriorate as we expect (bringing the cash rate down to a still relatively high 2%).That in turn sets off longer-term boosts to consumption and especially investment in dwellings. Finally, faster major trading-partner growth for Australia (we expect 4.7 percent in 2015, up from 4.4 percent in 2014) will also help exports.

In short, the combined shocks cause multiple impacts that affect sectors of the economy very differently. Provided rate cuts are forthcoming, our forecasts are for GDP growth of around 2½ percent over the next 12 months, rising to 3 to 3½ percent in the medium term. Also, the shape of growth has changed, with the growth path now exhibiting a sharper “V-shaped” growth profile relative to previous expectations.

Beachfront Apartments and Villas in Barbados

Why is gold, silver, scrap aluminum, scrap iron/steel declining?Why is USD gaining against other currencies?