Top Posts
Are Your Bank’s Digital Marketing Metrics Meaningful?
Identifying Beneficial Ownership: A Regulatory Conundrum
Forging a Digital Framework to Harmonize the Global OTC Derivatives...
The Paradox of AI and Investing
Malaysia’s Fight Against Climate Change: Perspectives from a Central Banker
Crypto-assets and the Relevance of International Private Law
Home Banking Complacency about the Performance of Lebanese Banks May Be Dangerous
Banking

Complacency about the Performance of Lebanese Banks May Be Dangerous 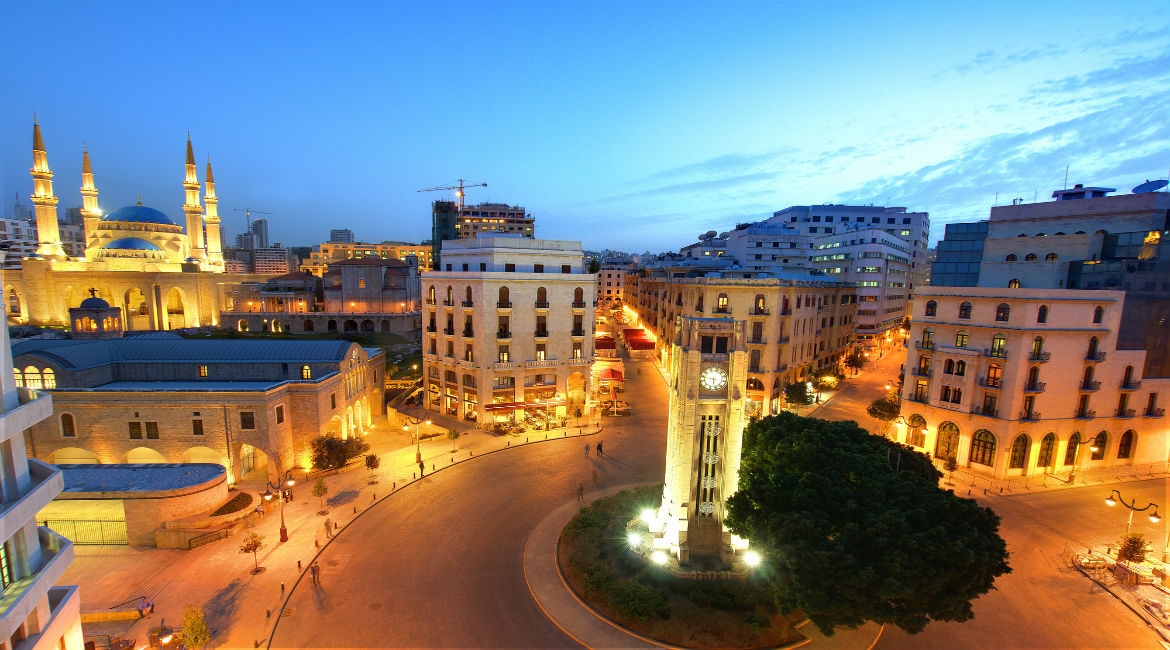 Many analysts commend Lebanese banks on their superstar performance in an economy crippled by political and social instability. Yet, scrutiny of those banks’ loans portfolios reveals that they are not heavily focused on providing investment loans, which would spur long-term growth. Indeed, the lack of investment opportunities in the economy could prove to be a strong threat to banks. Those banks are surrounded by an increasingly volatile environment, making them look like islands. And even though they are playing a key supporting role to the economy, they may be assigned a role that is beyond their specialty.

The political situation in Lebanon and the banks’ operating environment

Politics in the Middle East is complicated, and Lebanon is no exception. Recent leaked statements by Lebanon’s foreign minister, Gebran Bassil, have stirred controversy on the streets of Lebanon. The statements targeted the head of the Lebanese Parliament, Nabih Berri, calling him a “thug”.  People from both sides have condemned and agreed with the statements, and unrest has followed.

Clashes between political figures is not unusual in Lebanon. However, the most recent events have led to undesirable escalations, as the Amal Movement, supported by Berri, took to the streets, burning tyres across the country. Actions taken by Hassan Nasrallah, Secretary-General of Hezbollah, were successful eventually in abating the feud.

Lebanon’s cohesion seems fragile. Yet, this cohesion never really recovered following the civil war that ended in 1990. Since then, the Lebanese economy rests on a very delicate societal balance, with slow and unstable growth. Such is the operating environment for Lebanese banks.

Sensitivity analysis of the Lebanese economy and the role of banks

The two most important pillars of the Lebanese economy are its tourism and banking sectors; both are considered as key constituents of the services sector in the country, which contributes about 80.76 percent of gross domestic product (GDP), based on the country’s 2016 statistics. 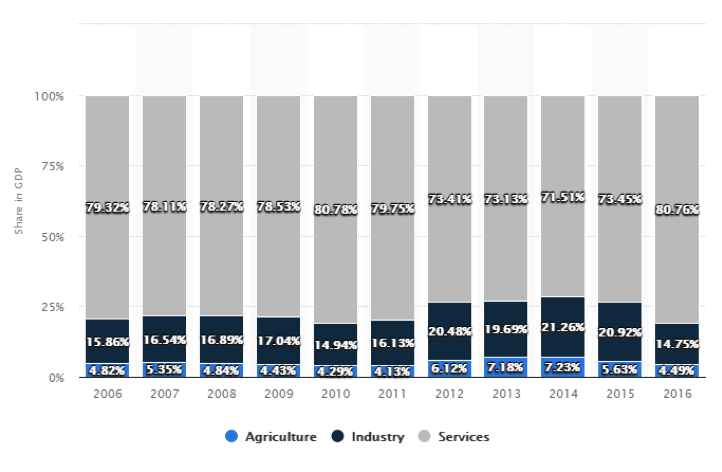 The contribution of the tourism sector to GDP was 19 percent in 2016, whereas the banking sector’s contribution was around 6 to 7 percent of GDP. Together they generate a quarter of the GDP.

Income from expatriates and sensitivity to global conditions

The other supporting factor for the economy is income from expatriates abroad. Annual remittances constitute 20 percent of GDP per year. Those remittances are an important element since they are the source of a considerable proportion of deposits in banks.

The country seems to be highly dependent on income from outside and not on its internal strengths. The industrial sector contributes merely around 14 percent. The economy is, in fact, more sensitive to income coming from outside than from inside. Banks seem well-positioned to perform a crucial role given this context, which justifies to some extent their profitability.

Income from tourism and expatriates is sensitive to global conditions. When global conditions go through hard times, the impact on the Lebanese economy is greater than when there is internal turmoil.

The strongest sector internally is the agro-industry, as it remains the largest industrial sector and offers the most employment opportunities. Around 46 percent of its produce is exported, albeit the country remains a net importer of food products.  Channeling of funds to this promising sector remains weak as the processing industries account for only 8.6 percent of total loans.

The economy’s competitiveness in the international markets is rather frail. Moreover, the economy suffers from a huge trade-balance deficit reaching $14 billion, which would form pressure on the balance of payments and require more effort from the central bank to maintain the pegged exchange rate.

Banks have had an important role previously in sustaining Lebanon’s public deficit at tolerable levels. But the banks can only bear so much, and in fact, need an efficiency overhaul, considering they are underusing their available resources. With loans standing at only one-third of deposits, banks can do more, but their context sets limit on how much they can expand.

How banks can contribute to economic development

Recently, the minister of economics initiated discussion with McKinsey & Company to put together an actionable economic-development plan for the economy, although it is still unclear how McKinsey & Company will be able to address the deeply rooted political divide in the country. Nonetheless, the minister would like to transform the economy based on a growth model that is similar to that of Singapore, in which banks play an important role. Officials in Lebanon seem to place heavy emphasis on banks, but slow growth restricts their potential.

Lebanon needs a governance overhaul, as well as improvements to its infrastructure. Banks can finance the latter but can do little about the former without government support.

Banks in Lebanon usually advertise their loans heavily, aiming to sell as many of their products as possible. While this is good for banks’ income statements, it may not necessarily be so for the economy.  The banks’ deposit rate is around $180 billion, and only 35 percent of it is lent out. This may very well be a case of oversupply.

The consumption habits of the Lebanese people have changed with the expansion of bank loans in the country. The demand for loans, including personal loans, increased, and what is called “lifestyle” loans have also increased. This includes wedding and high-tech loans. Drones are even on the list of things you can get a loan to buy. This has been associated with a rising rate of default, signifying increasing risk. 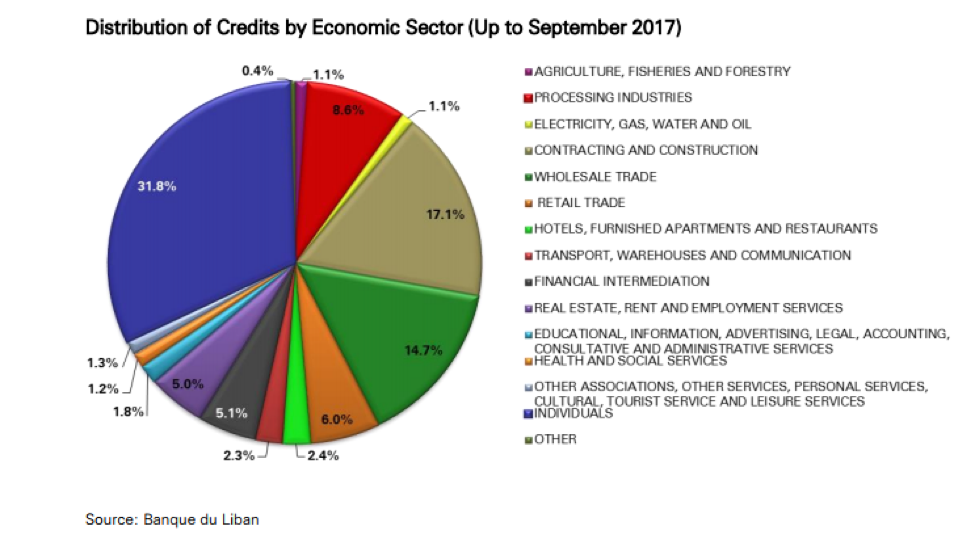 In 2017, more than 31.8 percent of credit was given to individuals. Around 49 percent of beneficiaries used those loans for consumption (29.3 percent in value). The biggest percentage (60.6 percent) of the value of those individual loans went to housing. Other elements included credit cards and cars.

Around a quarter of the loans given out by banks are home loans, and they enable low-to-medium sized families to buy a home. The easy terms for those loans set in place and subsidized by Banque du Liban (Lebanon’s central bank) are likely to increase the prices of houses.

Statistics show that prices of houses have been on the rise, especially in the capital, Beirut, which coincided with an increase in home loans outstanding. 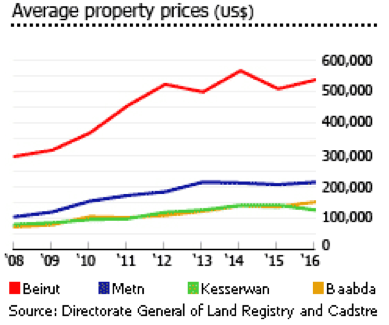 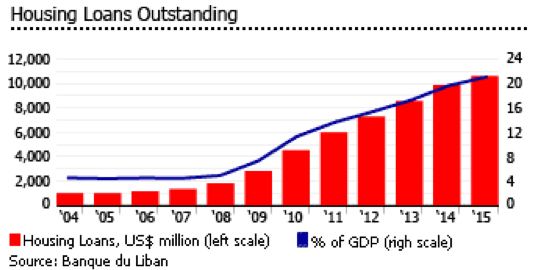 Banks’ profitability ratios are positive, but complacency about their performance is dangerous, especially given the important role they play. Individuals are relying more and more on loans to cover their needs. Default rates are rising. The economy as a whole is performing poorly in terms of net value added, and banks are acting as a cushion and filling the performance gap with credit. In the short run, this is a viable solution. But banks eventually are more concerned about their income statements and their survival than they are about GDP growth. Relying excessively on banks to provide is risky, especially given the fact that they provide a short-term solution to a long-term problem.

High interest rates encourage the flow of deposits to the country, yet changing global conditions may change that.

As global banks go slowly back to normalcy, and interest rates go back up again—phasing out quantitative-easing programs with recovery gaining momentum—the interest rates of Lebanese banks may seem less tempting. This, of course, will not take place overnight, but changing global conditions should be monitored closely by the banks, and their response plans should be ready.

The financial crisis had a role in driving deposits by expats abroad back home, but now that the global economy is shifting towards higher growth rates, this factor can no longer be relied upon by Lebanese banks.

The financial sector in Lebanon remains largely underdeveloped. Banks are fulfilling key functions in the financial system, but they still have vulnerabilities that warrant attention. Many financial crises have been preceded by bubbles in the real-estate sector, and housing loans by Lebanese banks may very well fuel a bubble in this sector, especially considering the unemployment rate at 6.8 percent in 2016 and the low disposable incomes of many families.

Will you be a Winner or a Loser in the Open Banking World?