Top Posts
How Gamification is Catapulting Digital Banking to the Next Level
Challenges Remain, But There Are Opportunities to Be Had in...
Interview with Mr. Olukayode Pitan, Chief Executive Officer and Managing...
Commodities Outlook for 2023
The Value of Cash in a Time of Crisis: How...
The US-Africa Leaders Summit: Fostering a Closer Relationship with the...
Home Banking The Corporate Sector Purchase Programme
Banking 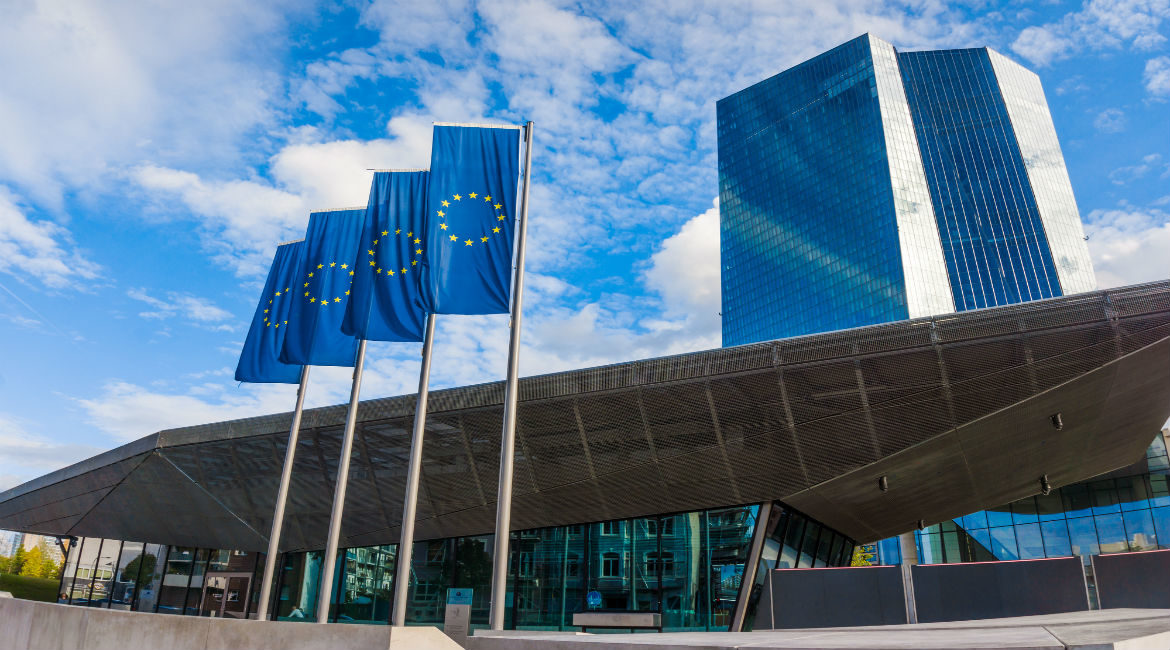 On June 8, the European Central Bank (ECB) began its Corporate Sector Purchase Programme (CSPP), which was initially announced by the bank’s president, Mario Draghi, on March 10 as an addendum to the ECB’s quantitative easing (QE) program. The initiative will allow the central bank to purchase primary bonds issued by European companies, as well as provide access to the secondary bond market in which existing corporate bonds trade. The level of QE itself was also raised from €60 to €80 billion. Along with government-bond buying and ultra-cheap long-term loans, therefore, the CSPP represents a further loosening of the ECB’s monetary policy, in the hope that it will reignite the Eurozone economy and raise the inflation rate—currently languishing below zero—to the bank’s 2-percent target.

The CSPP also marks the first time that the ECB has veered into the corporate-bond market, but the bank believes that the program could be even more effective than its existing government bond-buying efforts. The bank has already bought more than €1 trillion of government bonds, primarily with the intention of lowering debt costs for European companies. According to several analysts, however, the pace of new deals being sold into the primary market has been slowing since the CSPP was first announced. This implies that the ECB will have to move quickly in order to secure its targets.

The ECB has not revealed how much corporate debt it will buy, but analysts expect it to target between €5 and €10 billion per month. As of June 24, it is thought that the bank had bought almost €5 billion. The banks purchasing the corporate bonds on behalf of the ECB will be the six central banks of Belgium, Germany, Spain, France, Italy and Finland, which will jointly publish a weekly list of the bonds they hold starting July 18, although the size of holdings will not be disclosed. The purchases will also be restricted by a minimum credit-quality threshold of BBB, the specific type of business of the bond issuer (with financial institutions being non-applicable), and concentration limits of no more than 70 percent from any one bond issue.

With the imposition of such limits, the value of the corporate-bond market that is actually accessible to the ECB is estimated to be €600 to €700 billion. As such, should the bank purchase €5 billion every month, it will effectively be buying about 10 percent of the market and approximately 7 percent of the non-financial corporate-bond market per year. The bank has also said that the bonds must have a minimum remaining maturity of six months and a maximum of 30 years at the time of purchase. Research from KBC Bank, however, suggests that the average maturity of the CSPP portfolio is likely to be under five years.

Upon the June announcement of the CSPP’s inception, Eurozone corporate-bond market yields fell to their lowest in over a year. Indeed, negative interest rates are now prevalent in many parts of the world, while sovereign debts in Germany and Japan have recently hit all-time lows. The CSPP has attracted particular criticism from Germany, where Deutsche Bank’s chief economist has described the program as “an act of desperation”. Indeed, the type of European companies from which the ECB has bought corporate bonds thus far perhaps supports this claim, particularly due to their questionable credit ratings. Debt sellers include German car manufacturer Volkswagen, which has shed over a third of its value in the last year alone, and Telecom Italia, which ratings agencies have classed as “junk”.

Indeed, Germany has the highest number of commercial banks of any Eurozone member, banks that are currently exposed to the region’s negative interest-rate environment. A study by the Deutsche Bundesbank recently forecast a 25-percent decline in the aggregate income of small and mid-sized German banks by 2019 if rates remain at current levels. With a lack of sufficient customers wanting to borrow at present, and with negative rates constraining banking profitability because they can’t be passed on to depositors, banks across Europe will continue to suffer.

The issue of the fundamental role that the ECB is playing in lending to the corporate sector is also raised. By effectively acting as a commercial bank to European companies, some believe such behaviour could lead to a misallocation of funds, as well as a loss of business confidence in European policymakers. Indeed, investors could become increasingly concerned about liquidity issues should the ECB own enough of the market that it becomes difficult to buy or sell.

To date, the CSPP has had a somewhat divisive reaction, especially given that the ECB has resorted to purchasing debt from junk borrowers to try and stave off deflation and jumpstart the Eurozone economy. While cash allocated to the bond-buying may eventually find its way into the real economy, the nature of the program suggests there is not much left in the ECB’s monetary-policy toolbox.