Top Posts
Challenges Remain, But There Are Opportunities to Be Had in...
Interview with Mr. Olukayode Pitan, Chief Executive Officer and Managing...
Commodities Outlook for 2023
The Value of Cash in a Time of Crisis: How...
The US-Africa Leaders Summit: Fostering a Closer Relationship with the...
Three Key Sectors in Which to Invest in 2023
Home Banking COVID-19 and the Crucial Importance of Resilience for Global Financial Services
Banking 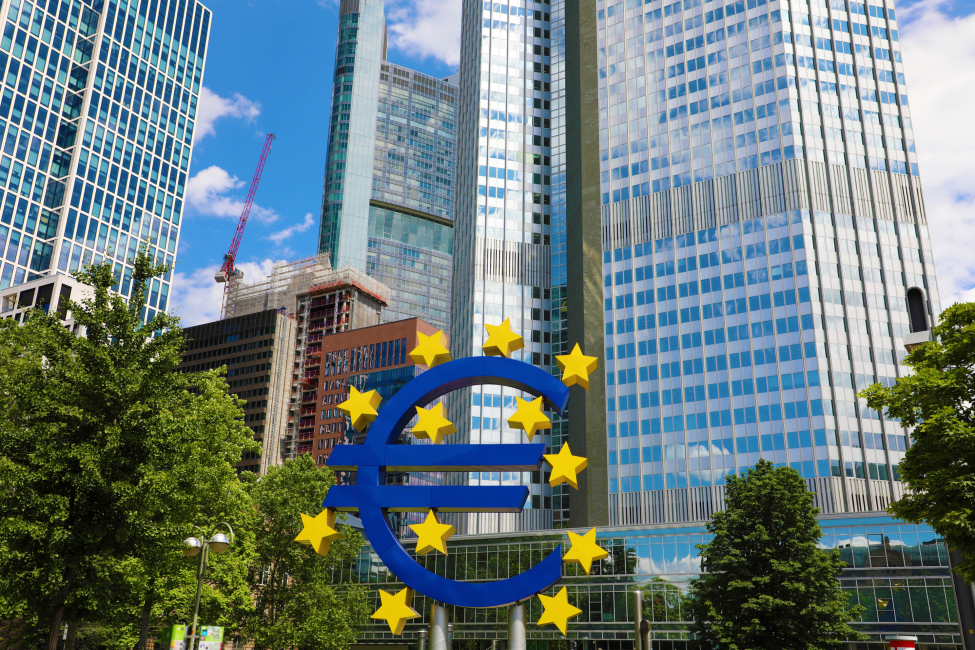 A massive shock to the global economy, the COVID-19 pandemic has inflicted damage at a scale not dissimilar to that of the global financial crisis (GFC) of 2007-09. And as was the case with that economic crisis, banks have been among the worst hit, forcing dozens to collapse and sparking a major global credit squeeze… right? Wrong. On this occasion, the global banking system has, for the most part, been able to weather the pandemic crisis admirably and has played a critical role in both supporting the global economy and maintaining financial stability. What’s more, one could conceivably argue that the stark difference between lenders’ performance between the two crises has been down to one key concept: resilience.

Indeed, the pandemic stands in clear contrast to the GFC as far as the overall impact on the banking sector is concerned. Rather than being partly responsible for precipitating the collapse, banks have been crucial in helping to support struggling businesses and individuals during this more recent downturn. As the European Banking Authority’s (EBA) Banking Stakeholder Group (BSG) acknowledged in October 2021, the banking system has been pivotal in channelling government funds to support the economic recovery and ensure the continuity of economic activity, particularly by enabling sufficient liquidity, supporting individuals and businesses, and channelling state-aid programmes. The BSG also highlighted the sector’s impressive operational resilience by largely ensuring business continuity and adapting to remote forms of work. “What is also significant is that during the lockdown, they have shown what is possible in terms of speed and innovation.”

Regulatory requirements introduced during the previous decade in response to the banking sector’s clear shortfalls exposed by the GFC caused financial institutions to be significantly better positioned to withstand this more recent pandemic-induced crisis. Actions to promote the resilience of the US financial system taken by the US Federal Reserve (the Fed) during this period, for instance, focused mainly on enhanced supervision and regulation of US financial institutions, with the most systemically important banks being required to retain greater and higher-quality capital, open themselves to an updated, more rigorous stress-testing regime, and accept new liquidity regulation.

And the evidence throughout the pandemic has amply demonstrated that this additional regulatory scrutiny has significantly strengthened banks’ ability to operate in times of a major crisis. Indeed, banks’ capital and liquidity positions have improved as the pandemic has raged on in some cases. The Federal Reserve published its annual US banking-sector stress test results in June 2021, which clearly showed that all of those large banks tested remained well above their risk-based minimum capital requirements should a severe recession scenario arise that included substantial stress in commercial real estate, housing and corporate debt markets. Common equity Tier 1 (CET1) ratios—regulatory risk-based measures of banks’ capital adequacy—also rose during the first half of 2021 for most banks, even exceeding pre-pandemic levels. “The increase resulted from the recovery of bank profitability to above pre-pandemic levels, which was driven by strong trading and capital market activity as well as releases of loan loss reserves associated with improvements in the economic outlook,” the Fed observed in its November 2021 “Financial Stability Report”.

With more capital and heightened liquidity, banks have mostly been sufficiently equipped to continue supporting customers and keep credit flowing, unlike during the crisis that began almost 15 years ago, which saw lending drastically curtailed. “During the GFC, and other financial crises before it, a sharp downturn in the economy caused a rise in bankruptcies and unemployment, embroiling banks through losses on their loans. In the face of losses and rising credit risk, banks sought to protect their balance sheets by cutting back on lending and reducing leverage pro-cyclically,” the Bank for International Settlements’ (BIS) Yuuki Ikeda, Will Kerry, Ulf Lewrick and Christian Schmieder wrote in July 2021. “Yet, despite the sharp decline in economic activity at the onset of the pandemic, in this crisis banks not only avoided deleveraging but lending actually increased…. In fact, banks’ ability and willingness to provide credit, supported by public sector lending schemes and backstops, has been a distinguishing feature of the Covid-19 crisis.”

So, why has this been the case? Again, banking-sector resilience has been among the key factors. “Most banks entered the Covid-19 crisis with much higher regulatory-capital levels than during the GFC, allowing banks—supported by the public sector—to sustain lending despite the sudden stop in economic activity,” the BIS authors noted.

According to professional services firm EY (Ernst & Young), moreover, banks have made substantial investments in strengthening their core businesses such that they have been able to cope with the worst effects of the pandemic adequately. “Over the last 18 months, resilience across existing and new risk dimensions has become a defining characteristic of long-term success for banks globally,” Jan Bellens, EY’s global banking and capital markets sector leader, and Mark Watson, Americas Financial Services’ managing director, observed in June 2021. “Financial and operational resilience were rigorously tested, but banks’ decade-long effort to build greater and higher quality capital and liquidity put banks in a strong position going into the pandemic.”

Indeed, operational resilience has also improved markedly, with banks able to ensure business continuity to at least some degree in the face of a decidedly tough operating environment. In its January report, the International Organization of Securities Commissions (IOSCO) found that the operational resilience of trading venues and market intermediaries during the COVID-19 pandemic was minimally impacted. “Despite the significant changes to working arrangements, including the increased adoption of digital solutions, very few incidents of significant disruption or issues (such as misuse of confidential information) have been reported or detected to date,” according to the report. “IT systems have been remarkably resilient throughout the pandemic, with few major outages reported. Capital markets have also continued to function efficiently with significant equity and debt raisings and elevated levels of mergers and acquisition activity.”

Perhaps the most important question at this stage is whether banks and other financial institutions will maintain this level of resilience on a more permanent basis in the post-pandemic era. For one, the expirations of government-support programmes may continue to pose considerable risk to the global financial system for some time to come. The likes of moratoria on loan repayments have concealed the true depth of nonperforming assets throughout much of the pandemic crisis, and as such, it would seem prudent for banks to keep their elevated capital and liquidity buffers in place for the time being. “The full impact of the COVID-19 shock has yet to materialise on banks’ balance sheets,” Kerstin af Jochnick, member of the supervisory board of the European Central Bank (ECB), said in September 2021. “This implies that proactive and advanced risk-management tools will be crucial to keep credit risks in check and thereby safeguard the bank lending channel’s ability to support the real economy going forward.”

It is thus vital that banks remain resilient, not only to deal with the aftershocks of the pandemic but also to withstand other potential threats that could surface. Indeed, as EY’s Bellens and Watson emphasised in June 2021, the pandemic will be only one of a number of sources of substantial risk to the banking system over the coming years. “Aside from COVID-19, it is clear banks will have to contend with persistent and dynamic disruption and change not just today, but tomorrow and into the future. Indeed, we are in a period of ongoing disruption and change.” With central banks gradually upping their stress-testing capacity for climate change, for instance, banks would do well to recognise the need for resilience to become a defining feature of their operational models. “One of the biggest risks on risk managers’ minds is climate change,” the EY analysts added. “The idea that it is a problem that belongs solely to high-carbon-omitting sectors is over. Instead, 49 percent of bank chief risk officers (CROs) recognize it as a top risk requiring their utmost attention.”

Ultimately, the concept of resilience has, understandably, become critical to the successful and sustained longevity of the banking sector. As has been repeatedly demonstrated throughout the pandemic, it has been the reason why lenders have remained in business and been an essential part of the solution rather than the problem. As such, the sector would do well to acknowledge the clear benefits of remaining sufficiently resilient over the long term and continue to maintain the necessary buffers and provisions to deal with any future crises adequately.