Top Posts
Challenges Remain, But There Are Opportunities to Be Had in...
Interview with Mr. Olukayode Pitan, Chief Executive Officer and Managing...
Commodities Outlook for 2023
The Value of Cash in a Time of Crisis: How...
The US-Africa Leaders Summit: Fostering a Closer Relationship with the...
Three Key Sectors in Which to Invest in 2023
Home Banking COVID-19 and the State of Bank Branches
Banking

COVID-19 and the State of Bank Branches 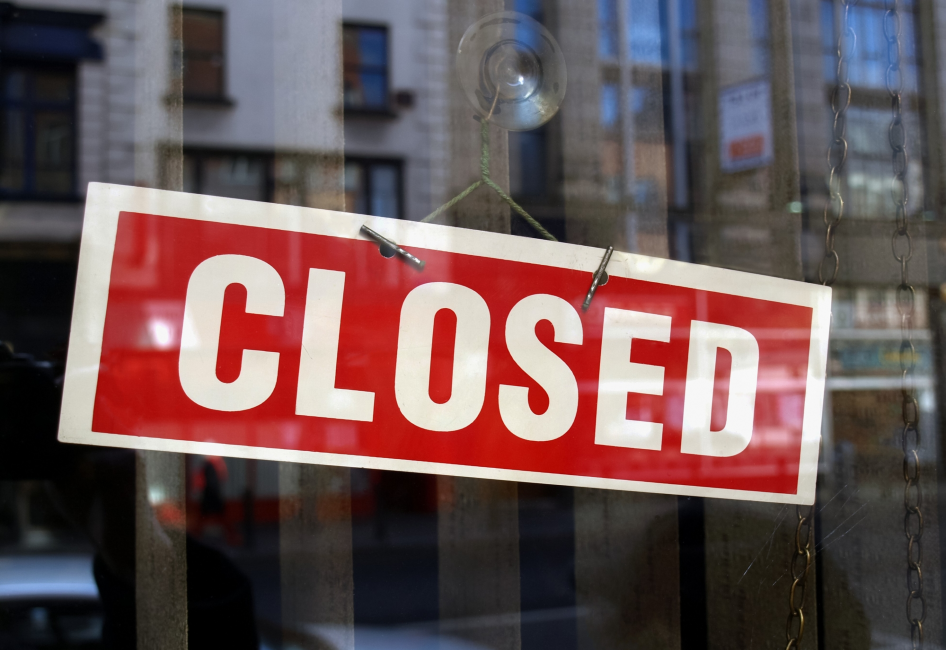 With the COVID-19 pandemic having gripped the world for around two years, the evidence today is clearer than ever that bank branches have been closing at record rates. Of course, that should probably come as no surprise given the social-distancing restrictions that have been mandated by countries all over the world during this time, keeping both customers and bank employees in their homes for the most part. And with both permanent and temporary branch closures continuing in earnest already this year, 2022 could well be a significant year in sounding the death knell for the traditional brick-and-mortar bank branch as we know it today.

Indeed, the pandemic continues to rage across much of the world thanks largely to Omicron, the most recent COVID-19 variant to have sparked concerns across the global banking industry. “Many of our locations may have reduced hours, alternate days of operations or may have been temporarily closed,” Bank of America (BoA) told customers on its website at the beginning of the year, adding that some locations may well be closed for extended periods of time. Chase Bank, meanwhile, shuttered more than three dozen branches in New York to deal with the surge.

Of course, the likely transitory nature of Omicron would suggest that while a hefty chunk of branches have been closed down for good since the outbreak of the pandemic two years ago, some are only temporarily shuttered until case numbers begin to subside and are likely to resume operations at some point in the future. A recent spike in case numbers of the COVID variant in the San Francisco Bay Area, for instance, forced banks to temporarily close some of their branches while staff stayed at home. “Our temporarily closed locations will resume operations as soon as possible,” a Wells Fargo spokesperson stated on January 8. “We are sorry to inconvenience any customers who may do their banking at one of our temporarily closed branches.”

To compound matters, banking consumers have been taking to digital banking during the pandemic at a faster pace than at any time previously. And as banks themselves have either begun their digital-transformation journeys or accelerated existing transformations in response to this shift in demand, the need to keep brick-and-mortar bank branches open seems to be dwindling with each passing week. TSB Bank provides just one of many illustrations of such trends. With 475 branches to its name in late 2020, the UK bank announced in November 2021 that it would be carrying out another 70 permanent branch closures spanning the length and breadth of the country by June 2022, explicitly due to the acceleration of customer usage of digital banking as the preferred alternative during the pandemic.

“COVID-19 compelled many banks to innovate quickly and digitalize on the fly, which sparked predicaments,” according to Capgemini and Efma’s “World Retail Banking Report 2021” (WRBR), published in March 2021. “Consider that 42% of the bank executives we polled said they are not sure how to integrate and streamline mid-, back- and front-office functions effectively, and 46% said they are unsure how to embrace open banking, orchestrate the ecosystem and become a truly data-driven organisation.” The report also found that more than 40 percent of executives said they were not confident about going beyond digital to offer superior customer experience and were conflicted about the future role of bank branches.

As one would expect, then, bank branches have been closing at unusually high rates during the COVID-19 crisis. Recent analysis from the US Federal Reserve (the Fed) in December, for instance, revealed that the total number of branch closures in 2020 alone—at 3,700 across the United States—exceeded both the total closures during the most recent recession (2009 as well as the total of any year between 2011 and 2019). As far as the US is concerned, moreover, the overwhelming majority of these closures have surfaced in busy metropolitan areas, with the Fed’s analysis finding that 80 percent of branches were located in metropolitan areas at the end of 2019, and 87 percent of branch closures occurred in metropolitan areas during the pandemic.

“COVID-19 represents a unique circumstance in that people may be reluctant or unable to conduct business face-to-face. Consequently, consumers may have increased interest in mobile or online banking options, and banks may subsequently be more inclined to offer these services,” explained Fed data scientist Kimberley Kreiss soon after the release of the figures. “This is in line with trends in recent years, where consumers increasingly report higher usage of online or mobile banking services and banks have steadily closed branches. Given the unique nature of COVID-19, these trends may be even more pronounced because both banks and consumers have more incentive to adopt online or mobile banking services.”

Recent analysis from S&P Global Market Intelligence paints a similarly grim picture for US bank branches, with the data revealing that banks shuttered a net 2,927 branches in 2020—closing nearly 4,000 branches and opening more than 1,000 branches. “Banks have accelerated plans to consolidate their branch footprints as the COVID-19 pandemic encouraged consumer adoption of mobile and digital channels,” S&P explained. “Further, banks have faced a tough operating environment with low interest rates pressuring margins and forcing a reconsideration of expenses.”

Part of the responsibility for the branch closures also seems to lie with the surge in consolidation activity across the banking sector. The S&P figures revealed that merger and acquisition (M&A) deals in the sector exceeded $77 billion in 2021, the highest level in 15 years.

“On an absolute basis, Wells Fargo & Co. reported the most net closures last year at 267, followed closely by U.S. Bancorp with 257 net closures,” S&P disclosed on January 20. “But on a relative basis, Huntington Bancshares Inc. had the most net closures among banks with at least 1,000 branches as the Ohio-based regional closed 221 net branches, shrinking its footprint by more than 16%.” JPMorgan Chase, meanwhile, was the sixth-biggest net branch closer last year, but the company also opened the most branches in 2021 with 169 new locations as it expanded into new markets.

And similar trends have been recorded elsewhere in the world. Consumer-advocacy publication Which?, for example, wrote in December 2021 that the rate of UK bank branch closures had jumped, with 736 branches shutting their doors throughout the year at an average of 61 per month, representing a 17-percent rise compared to the rate of closures in the previous six years when an average of 52 branches were closing each month. Perhaps most concerning is that Which? found that more than 220 branches had already been lined up for closure in 2022, including those of Barclays, Halifax, HSBC, Lloyds Bank, NatWest (National Westminster Bank), Virgin Money and TSB Bank.

And most recently, in Manila, Benjamin Diokno, the governor of the Philippines’ central bank, Bangko Sentral ng Pilipinas, disclosed that a whopping one-fifth of Philippine universal banks’ branches in the capital region were closed to protect against Omicron, which has been tearing its way through the Southeast Asian archipelagic nation and generating record daily COVID-19 case numbers. “Most transactions you can do digitally, so that’s not a problem,” Governor Diokno told Bloomberg on January 11. “There’s no dysfunction in the delivery of services.”

And therein lies the bank-branch conundrum, as stated by Mr. Diokno. If customers can do most of their banking requirements digitally, what use is the bank branch, even when conditions return to normal? And with that in mind, one wonders whether the bank branch can make a comeback in the post-COVID era. “We anticipate that the downward trend in branches will continue for a number of years…as more of the transaction-orientated aspects of banking are done digitally,” Gerard Cassidy, head of US bank equity strategy at RBC Capital Markets, told CNBC on January 21, adding that further consolidation would also mean that there would be no need to have “two branches on Main Street”.

At the same time, the death of the bank branch has been foreshadowed for many years, yet the need for a formal, physical space to conduct a whole host of banking tasks remains as important as ever. What may change in the near future, however, is the very essence of the bank branch and the facilities it offers. With digitalisation set to continue at an unstoppable pace, reimagining the bank branch as a venue flexibly attuned to the needs of modern, digitally savvy customers could prevent its extinction.

Again, TSB Bank provides just one example of this potential metamorphosis. “Closing branches is an incredibly difficult decision to take,” said TSB’s chief executive officer, Robin Bulloch, at the time of November’s branch-closure announcement. “These changes allow us to maintain an extensive branch presence across the country. They are accompanied by a significant investment programme to upgrade branches to better suit customer needs. And, where it takes longer to get to the nearest branch, we will introduce more ‘pop-up’ services in communities.” According to reports, such pop-up services, based in town halls, libraries and community centres, will allow customers to perform more basic banking tasks whilst also enabling them to receive digital support.

The “World Retail Banking Report,” meanwhile, observed that banks will begin to reimagine branches to serve different functions than has traditionally been the case, wherein digital transformations move beyond digital channels, and banks revamp branches as “experience centres”. This would purportedly include branches being more connected to society as well as being more synchronised with digital channels to provide customers with a “consistent omnichannel experience with an emphasis on financial inclusion”. The report also recommended that banks deploy intelligent assistants and self-service kiosks to support bank staff and free them to work on value-added services rather than transactional activities.

UK Economy Feeling the Pain a Year on from Brexit