Top Posts
Challenges Remain, But There Are Opportunities to Be Had in...
Interview with Mr. Olukayode Pitan, Chief Executive Officer and Managing...
Commodities Outlook for 2023
The Value of Cash in a Time of Crisis: How...
The US-Africa Leaders Summit: Fostering a Closer Relationship with the...
Three Key Sectors in Which to Invest in 2023
Home Banking Covid-19 Recovery Opens Up New Avenues of Opportunity for Latin American Banks
Banking 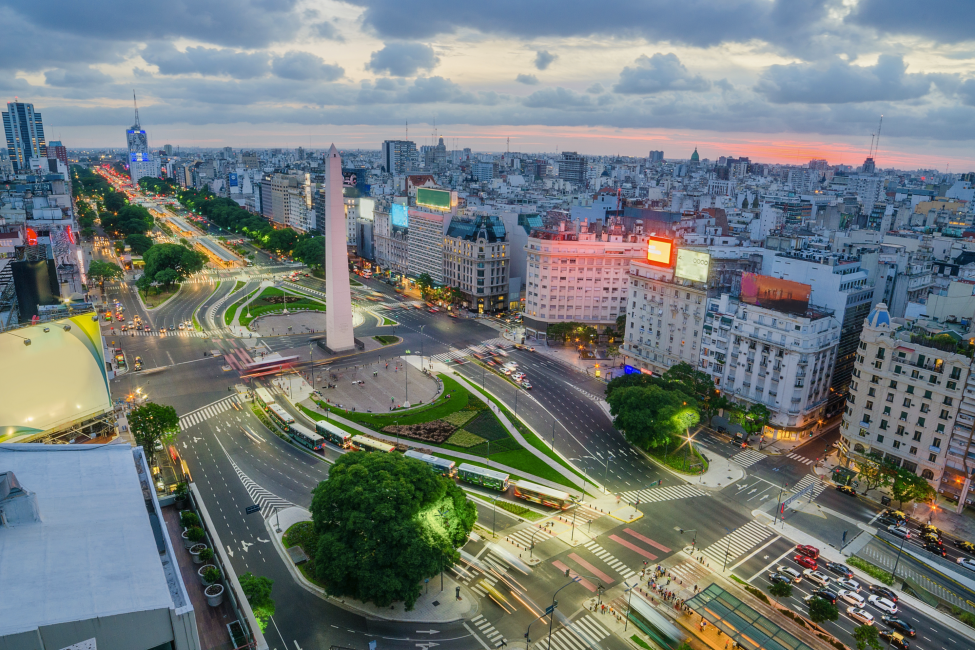 As the months roll on, the full effects of the Covid-19 pandemic have become clearer across the globe. Without a doubt, among the hardest hit regions has been Latin America. But despite the difficult health situation, banking systems have, so far, responded well to the socio-economic impacts of the crisis. As recovery begins to take shape, Juan Löhnert, Regional Head, Financial Institutions Latin America at Commerzbank, and Marcos Krepel, Commerzbank’s Senior Representative in Argentina, anticipate increasing investment by the region’s financial institutions into digitalisation and sustainability – factors which are key to building resilience and ensuring future business continuity for their clients.

Though the pandemic hit Latin America a little later compared to other regions, its social and economic ramifications were felt with full force from April 2020 onwards. Even as recently as mid-November last year, Latin America accounted for 21% of global Covid-19 cases, and 31% of reported deaths – disproportionately high figures considering the region’s population makes up just 8.2% of the total global population.

During the first phase of the crisis, state responses varied but were generally strong. Governments prioritised the preservation of lives and livelihoods and many countries implemented lockdowns. Business confidence and trade flows plummeted, as they did across all regions. But despite the early capital flight that weakened local currencies, the region managed to avoid financial collapse, and most countries retained access to global financial markets. Even economies that were fragile pre-pandemic, such as Argentina and Ecuador, were able to negotiate debt restructurings amidst the global disruption.

In the region’s financial services sector, between March and April 2020, there was an initial “scramble” for US dollar liquidity, but the environment improved considerably in May when governments, central banks and regulators stepped up efforts to provide financial markets with a backstop of US dollar and local currency liquidity. In some markets, authorities adopted a “whatever it takes” approach, introducing quantitative-easing-type policies, and allowing banks to reschedule loans and to subscribe to generous guarantee and repurchase agreement facilities.

These measures have certainly helped to strengthen an incipient economic recovery, which started around August last year, most prominently in countries where lockdown restrictions have since been mostly lifted.

Trade volumes are slowly inching back to previous levels, and business confidence is returning. And one positive not to be overlooked is the recovery of the South-South trade corridor. Since some of Latin America’s key trading partners on the corridor, such as China, were also among the first countries to begin recovery, there have been clear signs of normalisation for soft and hard commodity exports from Latin America (which are still the key export products of the region).

For financial institutions in the region, this is by no means the first crisis they have faced. Yet the Covid shock has been different, since it did not originate in the financial sector. As such, governments have looked towards banks as part of the overall solution. Contrary to previous crises, governments, regulators and banks reacted with foresight, taking advantage of important “lessons learnt” from past crisis episodes.

Certainly, it helped that, for the most part, the region’s banking systems were in relative good shape before the virus arrived, with adequate solvency and liquidity ratios – a result of the measures taken after the last global financial crisis . This time, lenders have been absolutely essential to keeping economies afloat during the disruption. Regulators, too, have played their part by introducing measures such as guarantee schemes for credit facilities, loan moratoriums and looser loan classifications and provisioning rules, to incentivise banks to continue lending.

In fact, Commerzbank actually witnessed a glut of liquidity in some of the region’s markets towards the end of last year, with some banks even pre-paying credit facilities as rates and asset growth declined; the latter as a result of the slow-down in trade.

With the worst of the impact seemingly behind us, banks in the region are looking beyond the crisis, towards longer-term resilience and operational stability. One trend the pandemic has clearly accelerated is digitization across the banking sector. Amid remote-working arrangements and social restrictions, online banking services have taken-off. Banks that were less digitally-savvy prior to the pandemic have had to ascend the learning curve at record pace in order to safeguard business continuity, and phenomena such as instant and contactless payments, virtual wallets, and digital on-boarding, became more commonplace.

This has been driven both by necessity and client-demand. Indeed, the behaviour of private clients in the region has substantially and rapidly changed since the start of the pandemic. Clients are increasingly turning to digital channels, reducing their preference for cash, and embracing e-commerce. In response, much like the trends we have witnessed in Europe, banks in Latin America are reviewing and refining their branch networks to ensure they remain cost-efficient.

Covid-19 has proved a largescale stress-test for individuals, banks and companies across Latin America. In most cases, digital infrastructure has coped well with the sudden and unprecedented increase in demand for IT products and services, and has succeeded in supporting remote operations to ensure business continuity. Indeed, digital transformation was already underway prior to the crisis, but the global pandemic has clearly created a sense of urgency. Experiencing the benefits of technology first-hand, Latin American banks are showing increasing appetite for further digital applications.

In terms of innovation in the trade space, for instance, we are seeing an increasing interest from banks in the region around blockchain initiatives such as Marco Polo. Trade finance – as a traditional paper-intensive business, with jurisdiction-specific practices – will now certainly increase its pace of transformation. Commerzbank, for one, is creating innovative digital solutions, which will become increasingly popular amongst our clients as they move away from paper-based processes.

With a damaged global economy, there has naturally been much attention devoted to how it will be rebuilt. Transitioning towards a greener and more sustainable economy has been universally touted as a means of building greater future resilience, both economic and social. Latin America has been no exception in this regard, and we have witnessed an increased demand for greater adherence to Environmental, Social and Governance (ESG) practices among both clients and financial institutions in the region – something we expect to continue long after the crisis.

Some estimate that there is still around US$8 billion of yearly financing needed until 2030 in order to combat the effects of climate change in Latin America. Clearly financial institutions will play a large part in meeting this demand and promoting action among their clients. Despite pressured profitability amongst financial institutions, this is a trend that we expect to gather steam into the recovery and beyond.

Post-pandemic economic recovery is taking place in Latin America, and this will only become more pronounced once the virus is under control and local currencies regain their strength. Looking ahead, much will depend on how governments in the region choose to support their economies by directing public investment towards new and promising areas of growth, which will eventually benefit employment. In this regard, many countries in the region appear to be at a pivotal intersection between politics and the economy. In the short-term, banks must remain prudent and protect their financial strength – in an environment of sustained low interest rates and elevated financial provisions, margins will remain pressured. But those that choose to get ahead and begin preparing the ground for future digital and green developments, will no doubt reap the rewards in the long-term.

This Year Payments Will Be Faster, Smarter and More Inclusive