Top Posts
Is There a Digital Currency on the Horizon for the...
Eurozone Inflation Soars to a Record 8.6 Percent in June
Why Fintech Has a Role to Play in the Cost-of-Living...
Global Military Spending Hits a Record High
Could Big Tech’s Iron Grip on Digital Advertising Soon Come...
Can Recent Oil Discoveries Prove to be a Boon for...
Home Banking Creating Value by Valuing Nature
Banking 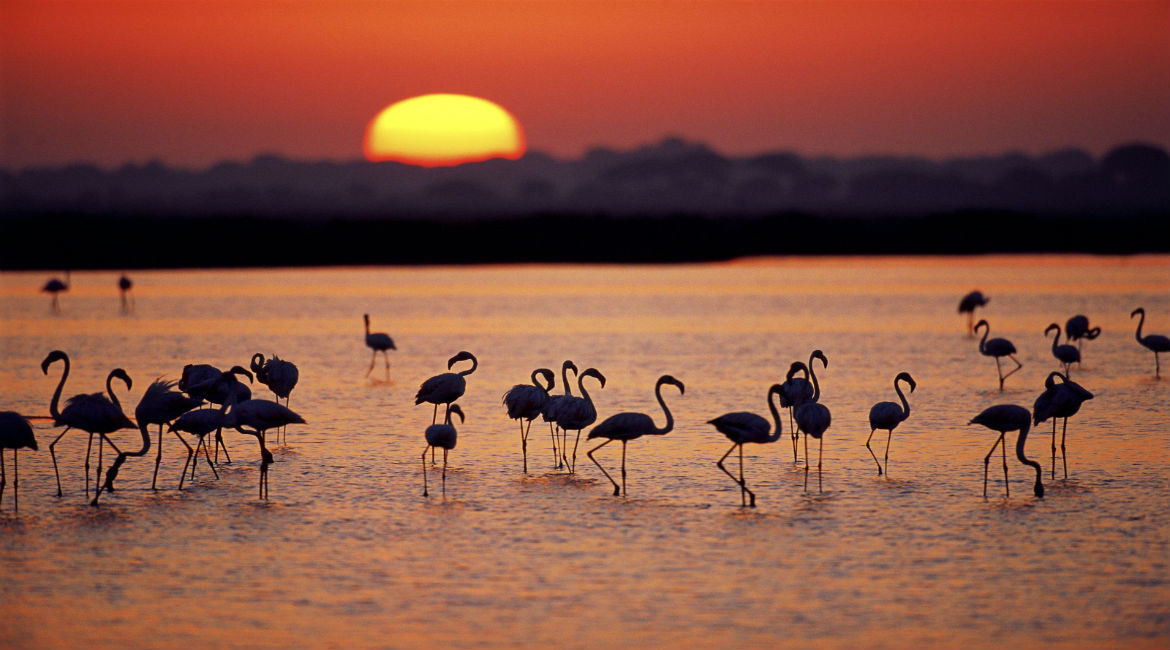 We’ve not always been vocal about it, but Standard Chartered has been engaging with clients on how to manage their environmental and social impacts since 1997. Recently, the publication of our new “Prohibited Activities” list gave us an opportunity to draw on that experience and to think about the activities we believe are incompatible with sustainable economic development.

Key amongst those is something we’ve been working on for some time—exploitation of UNESCO World Heritage Sites (WHSs). There are thousands of such sites across the globe, but they represent only a tiny portion of global landmass. They all have one thing in common; their Outstanding Universal Value (OUV), a group of 10 criteria laid out by the United Nations Educational, Scientific and Cultural Organisation (UNESCO) that show why each World Heritage Site has unique cultural or natural characteristics and needs protecting.

This value is what makes them such special places—needing extra support to be conserved for future generations and to continue to act as places that inspire us all. Unfortunately, in some cases, governments or companies don’t act in ways that ensure this.

The concept of Outstanding Universal Value was critical as we developed our approach. Economic activity, carefully managed, can be carried out in UNESCO World Heritage Sites—just consider the growth of ecotourism, which helps to protect and promote cultural heritage and the environment. But there are some activities, often mining or extraction of oil and gas, which can cause irreversible damage to a site’s OUV.

That damage is why we, as a lender, should be concerned. Even if development of a site is allowed today, changes in government policy may prohibit it in the future. Companies that have caused damage may be pursued for compensation, although some of the actual damage may be irreversible. Which is why even if development on such sites proceeds unchecked, communities can challenge companies and withdraw their social licenses to operate. As a lender taking a long-term perspective on clients’ financial health, we are committed to protecting sites with Outstanding Universal Value. A recent statement of commitment by members of the UN Environment’s Principles for Sustainable Insurance suggests we’re not alone.

It’s one thing to make a statement, but another thing to put it into practice. We ask all of our clients about whether they have policies in place to protect World Heritage Sites, and then undertake detailed due diligence when lending towards specific projects that may impact sites.

In this, we have been supported by engagement with UNESCO and World Wide Fund for Nature (WWF). WWF has been a longstanding champion of World Heritage Sites and in collaboration with ECOFACT brought a number of banks together in 2016 for a series of collaborative workshops and individual discussions. Through these, we shared experiences and discussed the challenges of making policies work in practice. WWF made a series of recommendations to each individual bank on areas in which best practice could be adopted, and we’ve enjoyed their ongoing support as we have looked at these.

The outcome has been a framework that will hopefully allow us, through our frontline bankers, credit approvers, and central environmental and social risk teams to identify situations in which the Outstanding Universal Value of a World Heritage Site may be at risk, and either work with our clients to put in place controls to prevent this, or decline to participate in transactions or support particular companies. Some practical examples of this are shown in the box below.

Ideally, we don’t want to find ourselves in a situation in which we decline a transaction; UNESCO has for some years been encouraging extractive-industry companies, and banks, to publish “no go” commitments in relation to World Heritage Sites. This is an important part of raising awareness—we have recently lodged our own approach and are calling on others to do the same. Those organisations mentioned above have a wealth of experience and are very willing to share it with those who are sincere in their intent to develop robust policies.

Direct exposure to WHS impacts—just saying “no”
We were approached to support an infrastructure project in Africa. Under our project-financing procedures, an initial environmental and social-screening process was initiated. This included checking mapping tools to determine if the project’s location was close to any environmentally sensitive sites. In this case, the checks showed that the potential project overlapped a World Heritage Site. We immediately communicated back to the company that we would not be willing to support the project, given the potential for impacts on the unique characteristics of the World Heritage Site and thus the misalignment with our public commitments.
Lending to companies with WHS operations
A company with operations in Asia approached us for a loan in the region. Background checks revealed that the company also had operations in another region where there was credible evidence that these operations may have been adversely impacting the Outstanding Universal Value of a World Heritage Site. Our dedicated Environmental and Social Risk Management (ESRM) team accompanied the relationship manager for their next meeting with the company, to understand what policies and processes the client had in place to understand and manage any impacts the company might cause. We were not satisfied with the responses from the company, and the request for a loan was escalated to our Group Reputational Risk Committee. The committee agreed not to provide financing, given that we could not be certain that the loan would not indirectly contribute to World Heritage Site impacts and had concerns about the company’s overall approach to managing their environmental and social risks.
Making mistakes…
In 2016, we issued a Performance Guarantee, a type of trade finance, to one of the construction contractors for a planned power station located close to a World Heritage Site. The project did not meet the spirit of our declared environmental position, and although the construction contractor was indirectly associated with the potential impacts, we should not have issued the guarantee. Such transactions are usually undertaken in a very short time period, and by the time we made the connection between the guarantee and the potential impacts of the project, it had already been processed and approved.
…and getting it right
As a result of our experience, we have created a new screening module in our trade-finance systems. Our ESRM team undertakes screening to identify planned projects that may have impacts on World Heritage Sites, and the resulting lists of project names are uploaded to the system, which then automatically checks any new transactions against the lists of project names. Demonstrating the effectiveness of this approach, the system identified issues when we were approached to provide trade finance to a contractor on the African infrastructure project mentioned in the first example. This was flagged for review by our ESRM team, which was able to rapidly decline the transaction based on its likely impact on a World Heritage Site.
Go to top