Top Posts
Challenges Remain, But There Are Opportunities to Be Had in...
Interview with Mr. Olukayode Pitan, Chief Executive Officer and Managing...
Commodities Outlook for 2023
The Value of Cash in a Time of Crisis: How...
The US-Africa Leaders Summit: Fostering a Closer Relationship with the...
Three Key Sectors in Which to Invest in 2023
Home Banking Developments in Ukraine’s Banking System
Banking 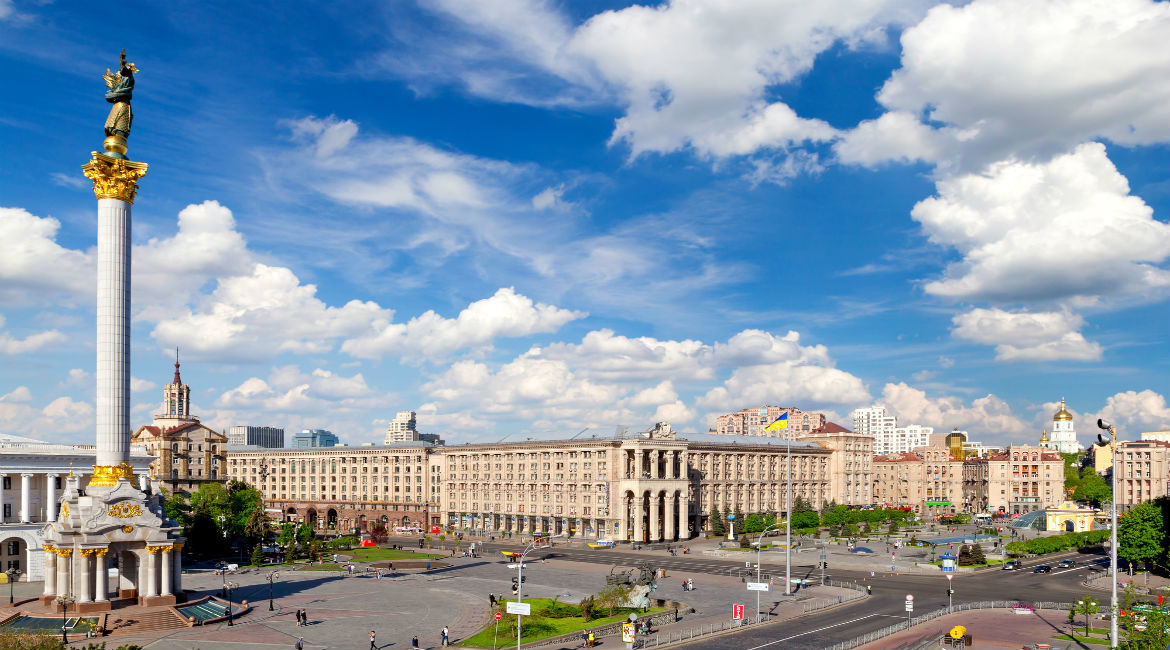 After a heavy recession brought on by the military conflict with Russia, Ukraine’s economy and banking system now appear to be firmly on the mend. Indeed, things have improved to such an extent that by the end of May, Moody’s had revised its outlook for Ukrainian banking from negative to stable. The ratings agency has attributed much of the improved outlook to a growth in confidence in the country’s currency on the back of significantly improved inflation expectations, which in turn is expected to boost the solvency of its lenders.

It has been a remarkable achievement, given that only just over a year ago inflation was recorded at more than 60 percent; today it is in the single digits. Much of the stabilisation has been thanks to the Ukraine central bank’s decision to float its currency, the hryvnia, early last year. Efforts to prop up the hryvnia had resulted in the bank’s foreign currency and gold reserves hitting a 10-year low of less than $7 billion—not even enough to cover five weeks of imports. With financial assistance from the IMF (International Monetary Fund) following the floatation, as well as the imposition of capital controls, the central bank was able to steady the hryvnia and has since even managed to purchase dollars to replenish its reserves. As such, a 12-percent rise in currency deposits was recorded during the 12 months to March 2016, bucking the trend of deposit outflows from the banking system in previous years.

While the banking system shows consistent signs of improvement, however, the number of nonperforming loans (NPLs) continues to swell, with banks finding it virtually impossible to collect on money owed to them in recent times. World Bank data shows that NPLs nearly doubled between 2013 and 2015, rising from 12.9 percent of total lending to 24.3 percent. Many of these loans originated before the 2014 overthrow of President Viktor Yanukovych, when banking ownership and industry regulation was significantly murkier and when banks were used for widespread money-laundering.

Even today there is little in the way of enforcing regulations to deter financial crime, which has resulted in debtors being able to get away with not having to repay their loans. Over 350 reports of fraud and other illegal activity have been identified by the central bank recently, but the authorities have failed to act on even a single case as yet. Despite vastly improving liquidity throughout the banking sector, therefore, banks still have little incentive to lend. As such, many banks have simply placed their assets with the central bank and earned interest at zero risk. Other banks, meanwhile, have decided to exit Ukraine; Italy’s biggest lender Unicredit, for example, announced in February that it will be selling its Ukrsotsbank in the country to Russia’s Alfa Bank.

Nevertheless, much action has been taken recently to lift the reputation of, and confidence in, Ukraine’s banking system. One of the most positive moves in recent years has been the appointment of a new governor for Ukraine’s central bank, Valeriya Gontareva. During her time in charge, Gontareva has led the charge to consolidate the banking sector by shutting down nearly half of the total number of banks (around 80 in total thus far), particularly those that have failed to meet minimum performance requirements, such as capital thresholds, as well as those suspected of being involved in illegal activity. The country’s second-largest lender, Delta Bank, for instance, was shut down after it was unable to keep up on payments for its agreed recapitalisation plan, and hundreds of thousands of fake loans were discovered being used by Delta as a way to launder money out of the bank.

Gontareva’s drive has helped to put the brakes on financial crime, as well as reduce the industry’s dependency on individual oligarchs, who have had an imposing presence in Ukrainian banking over the last 25 years. Indeed, one of the biggest stumbling blocks currently preventing further development of the banking sector remains its somewhat lopsided structure, with one bank in particular controlling more than half the banking business in the country. Privatbank is controlled by Igor Kolomoisky, one of the wealthiest men in Ukraine and an oligarch who yields formidable power within the country. The central bank has given Privatbank three years to repay its loans to the bank, particularly the ones made to other companies owned by Kolomoisky, in an attempt to fix its balance sheet and separate the bank from the rest of Kolomoisky’s vast business empire. The response from Privatbank to date has been reportedly positive, with payments being made on time, which is encouraging for the overall restoration of confidence in Ukrainian banking.

Much work still remains, but with Ukraine now technically out of its recession and posting positive gross domestic product growth—albeit, marginal—signs are clear that the worst of the conditions for banking and the country’s economy are now in the past. Should the central bank continue to make significant strides in consolidating the industry and combating the existing culture of fraud and financial crime, it will go a long way towards returning Ukraine’s banking system to the international fold.