Top Posts
Designing the Next-Generation Banking Treasury Management
Is the US Finally Warming to the Possibility of Creating...
Enabling the Drive Toward Green Finance with Technology
Why Have Tin Prices Struggled in 2022?
The Devil We Thought We Knew
How China Has Managed to Avoid the Inflation Bug
Home Banking Digital-Banking Development Is Essential for Boosting Financial Inclusion in ASEAN
Banking

Digital-Banking Development Is Essential for Boosting Financial Inclusion in ASEAN 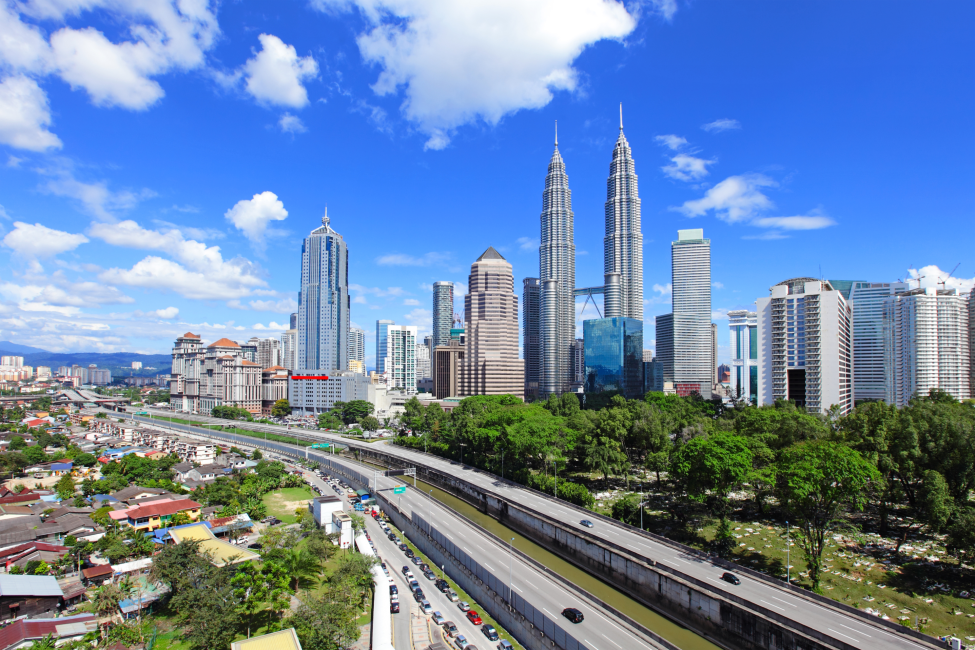 “Bank Negara Malaysia (BNM) wishes to announce the five successful applicants for the digital bank licences as approved by the Minister of Finance Malaysia,” Malaysia’s central bank declared on April 29. The granting of the first five digital-banking licenses in the country from a total of 29 applicants meant that Malaysia had become just the second country in the Association of Southeast Asian Nations (ASEAN), the political and economic union of the 10 member states in Southeast Asia, to issue digital-banking licenses, after neighbouring Singapore issued four such licenses in 2020.

Digital banking in the ASEAN region—consisting of Brunei, Cambodia, Indonesia, Laos, Malaysia, Myanmar, the Philippines, Singapore, Thailand and Vietnam—is still a relatively new endeavour, with most institutions having only recently commenced operations. Whilst much of Southeast Asia is renowned for its innovation in the world of payments, mobile wallets and super-apps, regulatory approval for standalone digital banking has been surprisingly lacking thus far, with only Singapore and Malaysia offering such services. And while Vietnam, Thailand and Indonesia are gearing up to grant licenses for their respective digital-banking sectors, the remaining members are still some way off from achieving such a feat.

As such, banking development in the region remains decidedly uneven. The more advanced economies are undoubtedly taking major strides to digitalise their banking industries through such measures as the creation of payment-provision frameworks, promotion of e-money facilities and establishment of complementary regulatory frameworks. But less developed frontier markets such as Myanmar, Laos, Cambodia and Brunei continue to lag visibly in the maturation of their respective banking ecosystems; none of these four nations are even close to being able to introduce digital-banking licenses anytime soon.

Much of this unevenness is down to the glaring differences in financial-inclusion rates throughout the region. With some countries still struggling to expand financial services to their respective unbanked and underbanked populations, the region faces key challenges surrounding financial inclusion that digital financial services could alleviate. This is even more pertinent since the COVID-19 pandemic inflicted considerable damage on Southeast Asia, which has only further expedited the need for digital banking to become the standard for the 680 million-strong ASEAN region.

In its 2019 report, “Advancing Digital Financial Inclusion in ASEAN,” the World Bank observed that many ASEAN countries had adopted policies and regulations “to engage with their private financial sectors; bolster their retail payment infrastructures; expand their ID systems (to facilitate customer identification by the financial sector); and set up regulatory frameworks for services such as e-money, crowdfunding, or online lending”. Nonetheless, the report acknowledged that the weaker ASEAN economies have pursued less organized approaches to regulating their digital financial services, and in some countries, “traditional financial system regulation or infrastructure (such as in the case of microfinance sector regulation, credit bureau penetration, or gross and retail payment system infrastructure) could be strengthened to further support financial inclusion”.

Indeed, the region is home to a handful of nations with poor financial-inclusion records. The World Bank’s surveys of more than 150,000 adults in more than 140 countries addressed the share of the population with access to financial services—defined as the share of the adult population with account ownership at a financial institution or mobile-money-service provider—found that Myanmar was ranked in 129th position globally, Laos 125th, Vietnam 123rd and the Philippines 118th.

Macquarie Group has noted similar trends throughout ASEAN, writing in May that half the population remained unbanked with no access to financial products and a further fifth (18 percent) underbanked, lacking access to anything other than bank accounts. “The inaccessibility of the established banking system for many has provided the ideal backdrop for providers of digital financial services to step in and supplement its services,” Macquarie added.

With such shortfalls in mind, digital banking can play a pivotal role in expanding access to financial services throughout the developing parts of ASEAN—and even throughout the more developed nations. Indeed, Malaysia’s five digital-banking licenses have been granted, with boosting financial inclusion throughout the country very much the highest priority. “Digital banks are expected to further advance financial inclusion. By adopting digital technology more widely for everyday transactions, we can significantly increase opportunities for our society to participate in the economy—by overcoming geographical barriers, reducing transaction costs and promoting better financial management,” Bank Negara Malaysia Governor Tan Sri Nor Shamsiah Binti Mohd Yunus said after the licenses were issued. “Digital banks can help individuals and businesses gain better access to more personalised solutions backed by data analytics. As businesses move online, digital banking also provides a safer and a more convenient way to transact.”

With the pandemic only further accelerating digitisation throughout the region, moreover, it would seem that ASEAN countries should focus heavily on developing their digital-banking credentials, ultimately welcoming millions who were previously excluded from accessing crucial financial services. The World Bank suggests such countries adopt a handful of key measures to boost financial inclusion through digital financial services:

Moreover, using digital banking to boost financial inclusion throughout ASEAN can play a crucial role in promoting stability within the ASEAN banking sector. A March 2021 paper by Hasanul Banna and Rabiul Alam of the University of Malaya in Kuala Lumpur, Malaysia, found that a comprehensive application of digital financial inclusion “accelerates the ASEAN banking stability, which not only decreases the default risk of the banks but also upturns the ﬁnancial mobility in the region”. The study also suggested that by implementing digital financial inclusion, ASEAN banks were more likely to uphold the banking sector’s stability by reducing liquidity crises and nonperforming loans during and in the post-COVID-19 era. “Therefore, accelerating digital ﬁnance in ASEAN countries is considered as one of the signiﬁcant means for the banking sector stability that subsequently leads to economic and ﬁnancial resilience even in the face of any crises,” the paper concluded.

In addition to boosting banking stability, the proliferation of digital banks throughout Southeast Asia should seemingly intensify competition. According to Fitch Ratings, such banks should be able to grow their customer bases quickly, thanks mainly to “the strong reach of their parents’ ecosystems and their well-resourced backers”, especially those with large incumbent banks and established regional tech players as supporters.

This increasingly competitive landscape should ultimately equate to more choice and convenience for banking customers throughout the region. Indeed, Singaporean banking giant UOB’s (United Overseas Bank’s) “FinTech in ASEAN 2021” report, produced in partnership with PwC (PricewaterhouseCoopers) Singapore and the Singapore FinTech Association, found that nearly three-quarters of survey respondents in the region ranked “ease of use” as their top priority for digital banking. Nearly half also indicated that they wanted more personalised services.

But what about the implications of this rapidly growing digital ecosystem for traditional-banking stalwarts? According to Fitch, funding competition will intensify as digital banks aggressively build their deposit bases, thus leaving incumbents with weaker deposit franchises facing more competition. However, the ratings agency predicted that the near-term financial ramifications from this growing competitive threat would most likely be “modest” for the larger banks in the region. “This takes into account their entrenched franchises, well-established customer relationships and capacity to invest in their own digital offerings and adapt to such competition,” Fitch added.

UOB has done precisely that—by investing in its digital capacity, it has created the hugely popular digital bank and accompanying mobile app, TMRW. Artificial intelligence plays a crucial role in providing TMRW customers with advanced and convenient banking solutions, with the app able to provide highly personalised insights and recommendations based on their historical purchasing and cash-flow habits, as well as timely reminders on payments and subscription alerts for goods and services. “If banks are able to present their information and services to customers in a personalised way, it can help customers easily get the information and insight they need to make the right financial decisions at the right time, in the right place,” according to Kevin Lam, UOB’s head of TMRW and Group Digital Banking, who describes the service being provided as “digital adaptive banking”, whereby the app adapts to provide customers with the right services at the right times.

Fitch also expects many digital banks in the region to adopt an asset-heavy business model, with loans acting as core recurring-revenue generators. “The retail and SME segments are likely to be the most vulnerable to heightened competition, but we think that digital banks are likely to first focus on the low-hanging under-served segments,” Fitch added. “Therefore, the customers that are near the fringes of incumbent banks’ credit risk acceptance criteria are most prone to being poached by the new entrants.”

Gold Buying Once Again on the Agenda for Central Banks