Top Posts
The Paradox of AI and Investing
Malaysia’s Fight Against Climate Change: Perspectives from a Central Banker
Crypto-assets and the Relevance of International Private Law
Whither International Banking Regulation?
Interview with Mr. Selman Bicaco Urrutia, Head of Private Banking...
Interview with Ms. Jelena Galić, Chairperson of the Board of...
Home Banking Digital Currency: India’s Move Towards a Digital Financial System
Banking 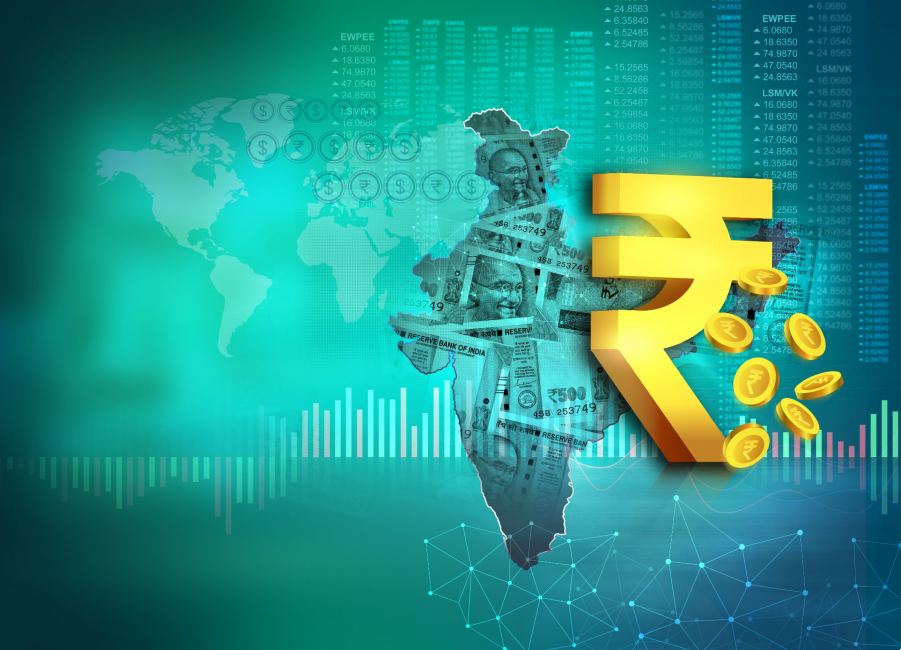 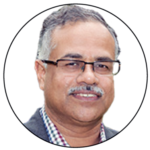 Indian Minister of Finance Nirmala Sitharaman, while presenting the annual-budget statement in February 2022, said that the “introduction of a central bank digital currency will give a big boost to the digital economy. Digital currency will also lead to a more efficient and cheaper currency management system”1.

The idea of a central bank digital currency (CBDC) is not a totally new development. The spirit of digital currency goes back to Nobel Laureate and American economist James Tobin’s view that a widely accessible currency is a “medium with the convenience of deposits and the safety of currency” 2.

Financial securities, such as equities, bonds and real assets like gold, are transactable or tradable in electronic and digital forms. The recent phenomena in this field are the rise of digital, online or network-based payment transactions. However, holding cash in digital form is different from these and has multiple benefits for all the stakeholders of a financial system. The Bank for International Settlements (BIS) defines a CBDC as “a digital form of central bank money that is different from balances in traditional reserve or settlement accounts”3. Digital money shares equal status with cash in terms of payments and stores of value and is valid as legal tender of the central bank; the sovereign currency is denominated as digital. A CBDC is distinctly different from widely traded cryptocurrencies; a cryptocurrency is a decentralised digital asset based on blockchain technology, and market forces determine its value. Digital currency possesses an intrinsic value with sovereign backing and works as an additional monetary-policy tool by providing monetary stimulus or bearing interest.

Mitigating the costs of the paper-currency system: Digital currency mitigates the huge costs associated with the current paper-currency system. The Indian public holds a large amount of currency—1.4 percent of the gross national disposal income6. Despite increases in digital payments in the last few years, the volume of banknotes in circulation has more than doubled in the last decade, from 5,654.9 crore pieces in 2009-10 to 12,436.7 crore pieces as of March 31, 20217. This has also led to the detection of a large number of counterfeit/spoiled/mutilated notes; in 2020-21, the Reserve Bank of India (RBI) detected 2,08,625 currency notes in this category.

The expenditure incurred on printing currency was ₹79.65 billion in 2017-18. The carrying costs of Indian currency are substantial; the Indian financial system has 3,054 currency chest branches8 managed by commercial banks and other banks, which incur huge amounts of transportation and security costs in handling the currency notes. Often banks incur operational-risk losses due to thefts of currency.

Improved cross-border transactions: A study by the International Monetary Fund (IMF)9 points out that the introduction of CBDCs would facilitate more rapid and secure settlements of cross-border financial transactions. In the current Russia-Ukraine war crisis, G-7 countries have suspended the SWIFT (Society for Worldwide Interbank Financial Telecommunication) inter-banking system; hence, to deal with export receivables and make payments for oil imports, India explored various options. An Indian digital currency would probably have addressed this issue without looking for alternative options.

Interest on digital currency: Paper currency cannot carry an interest rate, while the central bank can offer interest on digital currency. When the central bank decides the interest rate on this currency, it widens the current corridor of the benchmark interest rate and improves transmission in monetary policy. Introducing interest-bearing CBDCs can diminish the demand for cash. Also, the introduction of interest-bearing CBDCs may not disintermediate banks; rather, it can expand their depositor bases—the added competition compels banks to raise interest on customer deposits10. Itai Agur, Anil Ari and Giovanni Dell’Ariccia11 examined CBDCs in an environment in which users were allowed to choose between using cash, CBDCs or bank deposits, according to their preferences for anonymity and security. They showed that a CBDC that competes with deposits could depress bank credit and output. In contrast, a cash-like CBDC may lead to the disappearance of cash over time.

Market power of banks: Indian commercial banks have market power in the deposit market, and government banks enjoy significant shares in the deposit market due to implicit sovereign guarantees. Jonathan Chiu, Seyed Mohammadreza Davoodalhosseini, Janet Hua Jiang and Yu Zhu12 argued that introducing a CBDC does not necessarily lead to disintermediation if banks have market power in the deposit market. It widens bank intermediation if the CBDC interest rate lies in an intermediate range and causes disintermediation only if it is set too high. In an imperfectly competitive deposit market, banks restrain the deposit supply to keep the deposit interest rate below a certain level. A CBDC offers an outside option to depositors and sets an interest-rate floor for bank deposits. This floor limits reductions in the deposit rate and reduces commercial banks’ incentive to restrain the deposit supply. If the CBDC rate is not too high, banks will supply more deposits, reduce the loan rate and expand lending. The mere existence of a CBDC as an outside option forces banks to match the CBDC rate and create more deposits and loans. Thus, the policy implication is that the effectiveness of a CBDC largely depends on its equilibrium effect on deposits and deposit rates rather than its usage alone. Like many countries, India has a dominant postal-banking system, with post offices present even in remote villages, thus having wider access to rural India. Post-office savings and deposits are government-insured products but out of reach of the central bank’s regulation and less relevant in monetary-policy transmission. Digital currency expands the money supply. At a macroeconomic level, researchers at the Bank of England (BoE) have estimated that the productivity gains from adopting a CBDC would be similar to those of a substantial reduction in distortionary taxes13.

Countering the monopoly of private payment systems: Over the last few years, the Indian economy has witnessed a substantial increase in mobile-payment transactions. These alternative payment systems are controlled by a few private entities and are not exempt from the risk of undue control and domination by private entities. In a couple of instances, the central bank enforced restrictions. For example, in March 202214, the RBI placed restrictions on onboarding new customers by India’s largest alternative mobile-payment system, Paytm. The RBI’s investigation also revealed data violations and secrecy by the mobile payments’ entity15. Digital currency also partly addresses the frauds due to Money Laundering.

Financial inclusion: The Reserve Bank of India has emphasised universal financial inclusion; however, despite several programmes addressing financial inclusion, people in some geographical locations, such as the northeastern and eastern states of India, are lagging in financial-services access. Introducing digital currency would help people connect with a formal financial system. The CBDC would be particularly beneficial for lower-income households that rely heavily on cash and incur substantial costs for handling cash or steep interchange fees for taking payments via debit and/or credit cards.

Regulators face the challenge of making the CBDC operationally resilient and immune to all cyber-security risks. Another risk the government should address is the data privacy of billions of currency users.

ABOUT THE AUTHOR
Dr. M. Jayadev is a Professor of Finance and Accounting at the Indian Institute of Management Bangalore. His professional services have extended to the Basel Accords and banking and risk management for several banks. He is an Associate Member of the Indian Institute of Bankers and a recipient of the Indian Council of Social Science Research and University Grants Commission Fellowships. He is the Shareholder Director of Union Bank of India.
Back To Top
Bank for International Settlements (BIS)BankingBlockchainCentral Bank Digital Currency (CBDC)CryptocurrencyDigital CurrencyIndia Banking SectorIndian Institute of Management BangaloreInternational Monetary Fund (IMF)M. JayadevNirmala SitharamanReserve Bank of India (RBI)
0 comment 0 FacebookTwitterPinterestEmail
previous post