Top Posts
How Gamification is Catapulting Digital Banking to the Next Level
Challenges Remain, But There Are Opportunities to Be Had in...
Interview with Mr. Olukayode Pitan, Chief Executive Officer and Managing...
Commodities Outlook for 2023
The Value of Cash in a Time of Crisis: How...
The US-Africa Leaders Summit: Fostering a Closer Relationship with the...
Home Banking Do We Need a Digital Euro?
Banking

Do We Need a Digital Euro? 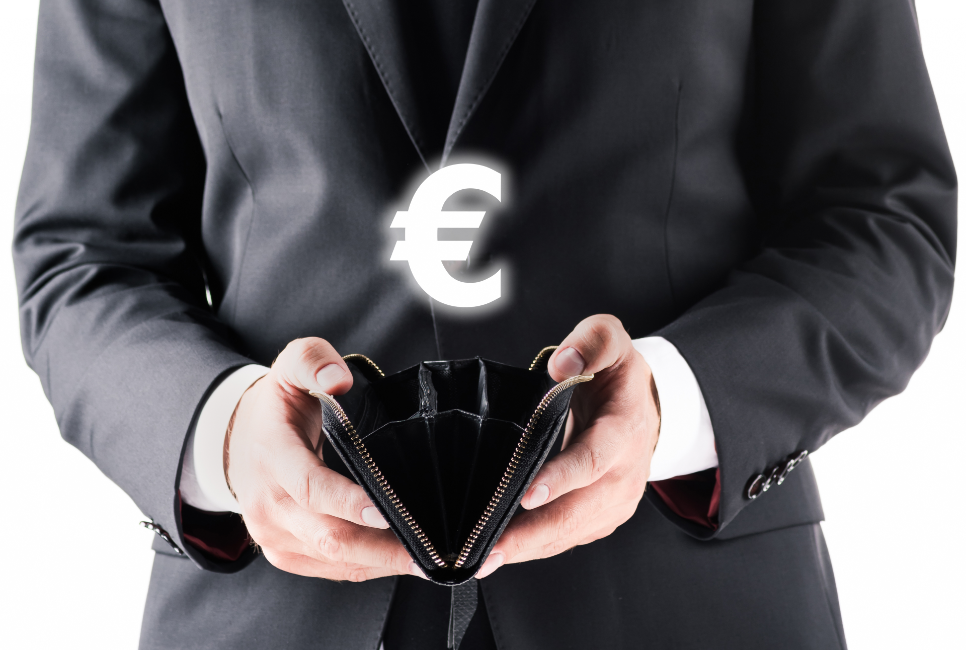 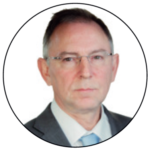 Most central banks have analyzed the topic over recent years, but many were initially hesitant to move forward because of the problems related to anonymity and disruption of financial intermediation. In very simplistic terms, initial analyses concluded that if central bank digital currencies (CBDCs) replicated the anonymity of cash, they would facilitate illegal transactions, thus raising AML-related issues. And if CBDCs were identified in the so-called account modality, they would compete with bank deposits and disrupt financial intermediation.

The dilemma between facilitating money laundering or competing with private banks in the provision of deposits led many central banks to keep their CBDC projects on hold. In this context, the announcement by Facebook of the launch of Libra in June 2019 reignited interest in CBDCs for many central banks. The threat of a powerful BigTech issuing a stablecoin that might compete with fiat currencies triggered a reaction in the central banking community. On the one hand, authorities raised questions about the nature of Libra and its regulatory treatment; on the other hand, they looked back at plans for CBDCs with more positive attitudes.

This fresh look at CBDCs was accompanied by a more pragmatic approach, with more nuanced proposals that lessened the dilemmas implied in the first, more academic papers. In particular, some of these new proposals focused on modalities that rely on public-private partnerships rather than full provision by the central bank3See BIS (2021): Central bank digital currencies: system design and interoperability, September 2021 . There was also increasing elaboration on the variants that limit the extent of the dilemmas posed by anonymity. Meanwhile, the COVID-19 crisis brought about a stigma of cash that also stimulated the debate. An increasing number of central banks have become convinced that they should offer an electronic means of payment that links them directly with the population and do not rely entirely on a few private foreign payments providers. According to a Bank for International Settlements (BIS) survey, nearly 60 percent of central banks are likely or possibly issuing a CBDC in the medium term (one to six years)4Codruta Boar and Andreas Wehrli: Ready, steady, go? – Results of the third BIS survey on central bank digital currency, BIS Papers No 114 January 2021.

The euro is not an exception to this trend. The European Central Bank’s (ECB’s) and euro area’s central banks’ initial reluctance towards CBDCs gave way to an increasing interest in the topic after the Libra announcement and the development of pilots by other central banks, in particular China. The High-Level Task Force on Central Bank Digital Currency was set up, and it produced a digital euro report in October 20205European Central Bank: report on a Digital Euro, October 2020. This report adopted a very pragmatic approach, in which the issuance of a digital euro would be conditional on the materialization of a series of scenarios, in particular (i) to support the digitalisation and strategic autonomy of the European economy; (ii) to respond to a significant decline in the use of cash as a means of payment; and (iii) if there is significant potential for foreign CBDCs or private digital payments to become widely used in the euro area.

According to the report, the digital euro would be designed as a means of payment, not a store of value—a key requirement if it is to (partially) replace cash but not bank deposits6For a discussion of the implications of this see Fernández de Lis, S. and P. Urbiola (2020): Retail Central Bank Digital Currencies: means of payment vs store of value, SUERF Policy Note, Issue No 183. It would be based on public-private cooperation, with the public sector providing the infrastructure and the private sector facilitating the direct interaction with the public, taking advantage of their respective comparative advantages. The dilemma for central banks in such a situation consists of making the digital euro attractive enough to partially replace cash but not so attractive that it replaces deposits. This can be done through limits on the holdings of digital euros or through the use of interest rates to penalize holdings above certain thresholds.

The publication of the digital euro report triggered a debate on the legal basis for its issuance. This is an important question since the institutional configuration of the European Union (EU) complicates any changes in the legal basis of EU institutions, especially when they require reforms of the EU Treaty. It is crucial, therefore, to determine whether the ECB can issue a digital form of the euro under the present treaties and ECB Statute, or whether this would require legal changes and the involvement of other EU institutions, such as the Commission, the Council and the European Parliament. The ECB report devotes only a few lines to this topic, stating that its preliminary analysis indicates a legal basis for the issuance of the digital euro but that more careful examination is required.

Article 128 of the Treaty on the Functioning of the European Union (TFEU) refers only to the issuance of banknotes and coins. From a purely economic viewpoint, it is also unclear that the ECB’s monetary policy requires a digital euro. But recent jurisprudence from the European Court of Justice (ECJ) seems to support the idea that the existence of limits to the use of cash may support the introduction of a digital euro to reinforce the legal-tender status of the euro7Mooij, Annelieke A.M., European Central Bank Digital Currency: The Digital Euro. What Design of the Digital Euro Is Possible Within the European Central Bank’s Legal Framework? (May 3, 2021). BRIDGE Network Working Paper Series No 14, 2021. The legal-tender condition of money is in itself a contentious issue since its definition is not harmonized in the eurozone. In any case, the legal debate is only starting, and we will see further discussions in the forthcoming months.

In the case of the eurozone, the main reason to issue a CBDC seems to be in reaction to the foreseeable competition of stablecoins or other CBDCs8See Fernandez de Lis (2020): Central bank digital currencies: the cross-border dimension, The International Banker, March 5, 2020. Indeed, other reasons often mentioned for issuing a CBDC do not seem particularly relevant to the eurozone. First, the disappearance of cash, which seems a key concern in countries such as Sweden or the United Kingdom, is not a clear trigger in the eurozone, where its circulation is still strong—although its use seems to be decreasing, particularly as a result of COVID-19. Second, financial inclusion is not a problem either, with more than 90 percent of the population having bank accounts. Digital exclusion is more challenging than financial exclusion in the eurozone, and the digital euro will probably aggravate it. Third, the efficiency of domestic retail-payment systems is high compared with most regions and has improved recently with the adoption of instant-payment solutions. In cross-border payments, there is scope for efficiency gains, but it is unclear whether CBDCs are the right solution; access for non-residents seems to present more drawbacks than advantages as it may weaken the monetary-policy transmission mechanism and create negative externalities abroad—especially in countries with a high degree of dollarization and weak institutions, where it may exacerbate capital flight. A group of central banks is exploring cooperative solutions for CBDC use for cross-border payments, but it is unclear whether this approach will prevail against competitive dynamics. Finally, strengthening monetary-policy instruments with the possibility of making interest rates more negative than at present is not a particularly attractive option, as it may be seen as a form of financial repression and backlash against the independence of the ECB.

The main reason to issue a digital euro seems, therefore, to be a defensive one in reaction to the competition of crypto-assets, stablecoins and other CBDCs. The competition of digital currencies (public or private) in the provision of money entails a series of problems: (i) it may weaken the monetary-policy transmission mechanism, to the extent that the population funds its spending with a numéraire that is neither under the control of the central bank nor affected by monetary-policy instruments, such as interest rates; (ii) it raises consumer- and investor-protection issues; (iii) it may create financial-stability problems if the value of a significant part of the assets in the hands of the public is subject to high volatility in domestic-currency terms; and (iv) it may reduce the seigniorage income of the central bank (the profits as a result of issuing cash and other liabilities with a very low cost and investing the proceeds in profitable assets). All these issues seem relevant from the point of view of the eurozone.

In deciding whether to issue a digital euro, it is important to clearly identify ex-ante the problems we want to address and design its features accordingly, minimizing the related risks. Among the reasons usually mentioned to issue a CBDC, the competition of stablecoins and other CBDCs seems to be the most relevant for the eurozone. The cross-border dimension of CBDCs poses particularly difficult issues. If CBDCs are accessible to non-residents, spillover effects are difficult to avoid, but limiting their cross-border use would be difficult in practice and would require some modality of capital controls. Central banks are already discussing a cooperative approach to CBDCs to overcome some of these problems, but it is unclear at this stage whether it will prevail against more competitive dynamics. If such a cooperative scheme succeeds, it may contribute toward enhancing the efficiency of cross-border retail payments. The doubts about the legal basis for the digital euro issuance may force delays compared to other countries, given the more complicated institutional setting in the eurozone.

Has the Pandemic Built Momentum Behind the Capital Markets Union?

Pursuit of the Optimal State for Regulatory Compliance