Top Posts
Challenges Remain, But There Are Opportunities to Be Had in...
Interview with Mr. Olukayode Pitan, Chief Executive Officer and Managing...
Commodities Outlook for 2023
The Value of Cash in a Time of Crisis: How...
The US-Africa Leaders Summit: Fostering a Closer Relationship with the...
Three Key Sectors in Which to Invest in 2023
Home Banking Does the Future of Banking Lie in the Hands of Neobanks?
Banking

Does the Future of Banking Lie in the Hands of Neobanks? 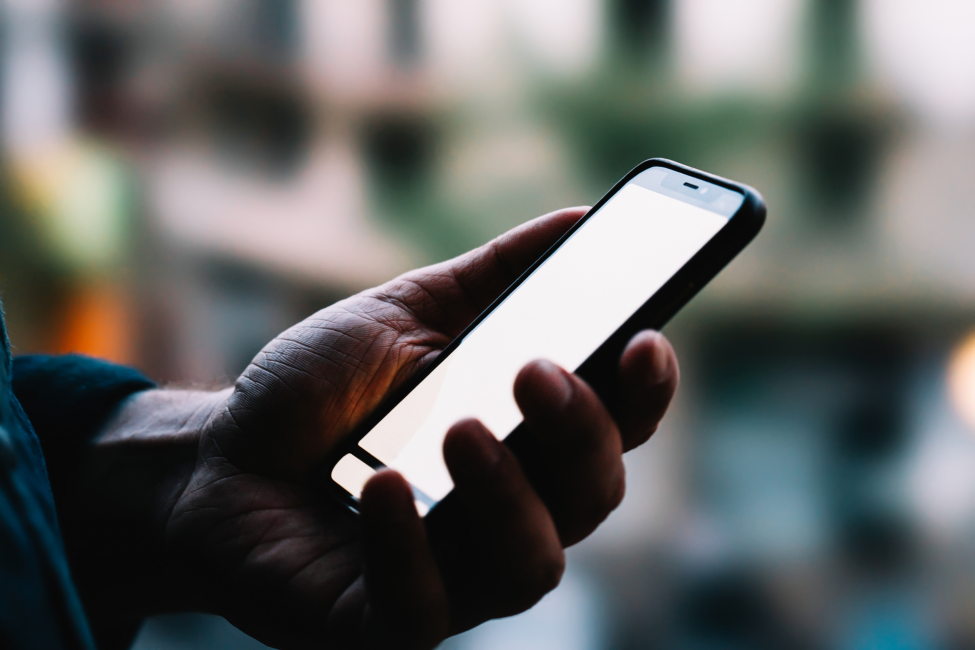 Utilising several of the new waves of disruptive technologies such as big-data analytics, artificial intelligence (AI) and cloud computing, neobanks across the world are fundamentally transforming the very notion of banking. And given the restrictive impact that the coronavirus pandemic is having on the global population, there is now a growing belief that this new digital model of banking will play a critical role in addressing the shortcomings posed by traditional lenders.

Simply put, a neobank is a type of bank that operates exclusively through digital channels. It has no physical branch network or legacy infrastructure, meaning that all neobank business is conducted through digital means, such as mobile apps and online platforms. As a term, it is often used interchangeably with challenger bank. And while they both rely heavily on the digital realm, there are some key differences to highlight. For one, neobanks are exclusively digital and tend to rely on a partner bank to obtain the appropriate licensing and regulatory approval, whereas challenger banks have their own full banking licenses. Challengers also typically offer a much broader suite of financial products and services and will tend to, but not always, have at least some physical brick-and-mortar presence, although the range of offerings that are available at neobanks is growing all the time.

Given their digital-heavy approach, therefore, we are now witnessing the dawning of the age of neobanks. Business Insider Intelligence’s Global Neobanks Report estimates that there were 39 million neobank users as of the end of 2019. And start-ups are now managing to attract hundreds of millions of dollars into this burgeoning space, thanks to its promise of more cost-effective, faster and more efficient transactions. As such, many neobanks are fast becoming household names, such as European heavyweights N26, Revolut and Monzo. For instance, Revolut announced in late July that it had raised a sizeable $80 million as part of an extension to its Series D round, thus adding to the $500 million of fundraising it had achieved when the round was first announced in February. And valuations of the biggest neobanks now run into the tens of billions of dollars.

Indeed, Europe has led the charge thus far when it comes to popularising the digital-first model of the neobank. A recent study conducted by research company Censuswide on behalf of digital banking fintech (financial technology) company Crealogix estimates that one in four people under the age of 37 in Western Europe currently uses a digital bank. And as the competition intensifies in the region, the neobank market is seeing many incumbents stepping up and diversifying their product ranges. Today, one might expect neobanks to offer international payments, cryptocurrency services and wealth-management tools in addition to low-fee accounts.

Switzerland, among the world’s most advanced nations for banking, aptly illustrates the growing popularity of neobanks. According to the 2020 version of the Swiss Payment Monitor, an annual study jointly conducted by the ZHAW (University of Applied Sciences Zurich) School of Management and Law and the University of St. Gallen, one-tenth of 1,200 Swiss residents that were surveyed at the end of 2019 had already used new online-banking solutions provided by neobanks at least once. In particular, survey respondents cited the practicality, straightforward handling and competitive exchange rates offered by neobanks as the main reasons for choosing to bank with them.

That said, around three-quarters of neobank users are still utilising neobank services in addition to having a traditional banking service provider. “At present, neobanks function primarily as niche products, especially for making payments when traveling abroad,” explained Tobias Trütsch, payment economist at the University of St. Gallen. What’s more, most people are not ready to transition to a completely cashless environment as yet. Despite the myriad of new digital solutions that neobanks, challenger banks and other fintech start-ups offer, the eradication of cash as a means of payment was “not an option” for around three-quarters of those surveyed, while half of the respondents rejected the idea outright. A mere one-fifth of respondents supported a cashless Switzerland. “The main arguments against the abolition of cash, in the view of the respondents, are the loss of the value of money, a lack of control over personal finances, dependence on technology, and various security concerns such as cyber-attacks or technical breakdowns,” explained ZHAW payment expert Sandro Graf.

But perhaps it’s in the developing world and emerging economies that neobanks are set to facilitate the most positive changes for their financial systems. Latin America, in particular, is being hotly anticipated to become a global leader of neobanking, thanks not only to the significant proportion of the region’s population that are presently unbanked and underbanked but also due to its high smartphone penetration rate. “In the US and Europe, neobanks must convince users to transfer their core accounts from well-known incumbent banks, which often translates into a saturated market and expensive customer acquisition costs,” observed Matthieu Hafemeister, fintech deal analyst at noted tech-focused US venture-capital firm Andreessen Horowitz. “In Latin America, where approximately 50 percent of adults do not have access to financial services or bank accounts, the rise of mass-market credit and debit products has propelled neobanks’ success.”

Brazil boasts of perhaps the world’s most renowned neobank with its Nubank. Last July, this rapidly growing digital banking start-up raised $400 million, with noted investors TCV and Tencent leading the round—the most it had raised in all seven of its investment rounds—which meant that it has now raised $820 million in total and that its valuation is around $10 billion. Nubank has enjoyed explosive growth over the last couple of years, seemingly in direct response to the structural market failures of Brazil’s banking sector, one in which its biggest five banks command more than 80 percent of banking assets.

As such, Nubank could seriously threaten the hegemony commanded by Brazil’s biggest financial institutions. “The number of branch closures last year was important. But it’s ongoing. And in the meantime, new entrants are gaining scale,” observed Nubank’s chief financial officer, Marcelo Kopel, during his conversation with S&P Global Market Intelligence in May. “You don’t change something built over many, many years overnight. This is not done by magic but with people with a mindset to make the change. And it takes time to change that. You need to be simple inside, not just outside. We are leaner by design.”

By last October, Nubank’s mobile-banking app was being downloaded at a faster rate than its European peers Monzo, Revolut and N26, with 18 million downloads being recorded over the previous 12 months (by comparison, second-placed Revolut experienced just 7.7 million downloads). And today, it is the largest online lender in all of Latin America and Brazil’s sixth-biggest financial institution, boasting more than 24 million clients. It has also opened offices in Mexico and Argentina, expanded its range of products from its initial app-based credit card to include savings accounts and a lending facility as well as catering to micro, small and medium-sized enterprises (MSMEs).

Indeed, the benefits that the MSME sector is currently enjoying from using neobanks illustrate that it’s not just individuals whom they aim to serve. MSMEs worldwide represent significant numbers of potential customers—not forgetting the actual people employed within the sector—and, as such, neobanks have been particularly keen to capture business from this segment. With many MSMEs located in rural areas in such regions as Latin America and the Indian subcontinent, having digital access to all of their financial needs is proving pivotal in ensuring business continuity, particularly during the COVID-19 pandemic, as it means not having to travel long distances and spend precious time queuing up at a bank branch.

“Consumer banks focus on targeted services, so beyond your fixed deposits and debit and credit cards, they give you tailor-made solutions based on your transaction history,” Harshil Mathur, chief executive officer and co-founder of AI-driven neobanking platform Razorpay, recently explained to India’s Business Today magazine. “Business neobanks, on the other hand, provide software solutions to help you with payables and receivables, so services like tax filing, payrolls and expense management become easier, which traditional banks don’t offer. Neobanks allow you to use such customised digital solutions bundled into a bank account.”

With their business models focused entirely on the digital world, perhaps the biggest advantage neobanks hold over traditional financial institutions during these troubling times of virus-induced economic gloom is that there are no physical bank branches to monitor—or, indeed, to close down. Neobanks thus represent a tempting alternative to traditional banks by offering virtually the same range of products and services to customers without the need for them to visit a branch. This also benefits bank staff, who can work remotely rather than having to be physically present at a branch.

And thanks to cloud-based infrastructure, neobanks can quickly adapt to customers’ changing needs and wants; indeed, those changes may transpire quickly and abruptly given the ongoing uncertainty brought about by the pandemic. “Integration with APIs and microservices is widely available as the ecosystem around the cloud grows, allowing neobanks to get their products to market at a tremendous speed,” Eelco-Jan Boonstra, managing director, EMEA, of software-as-a-service banking platform Mambu recently told fintech news source Finextra.

With COVID-19 set to usher in some permanent changes that will dramatically boost the need for comprehensive digital-banking capabilities, therefore, neobanks will play a hugely important role within the global banking industry during the next few years.

Retail Banks Might Have to Get Creative to Triumph Post-Pandemic