Top Posts
The Paradox of AI and Investing
Malaysia’s Fight Against Climate Change: Perspectives from a Central Banker
Crypto-assets and the Relevance of International Private Law
Whither International Banking Regulation?
Interview with Mr. Selman Bicaco Urrutia, Head of Private Banking...
Interview with Ms. Jelena Galić, Chairperson of the Board of...
Home Banking Why the ECB Is Cutting Interest Rates and Embarking on an Asset-Purchase Program
Banking 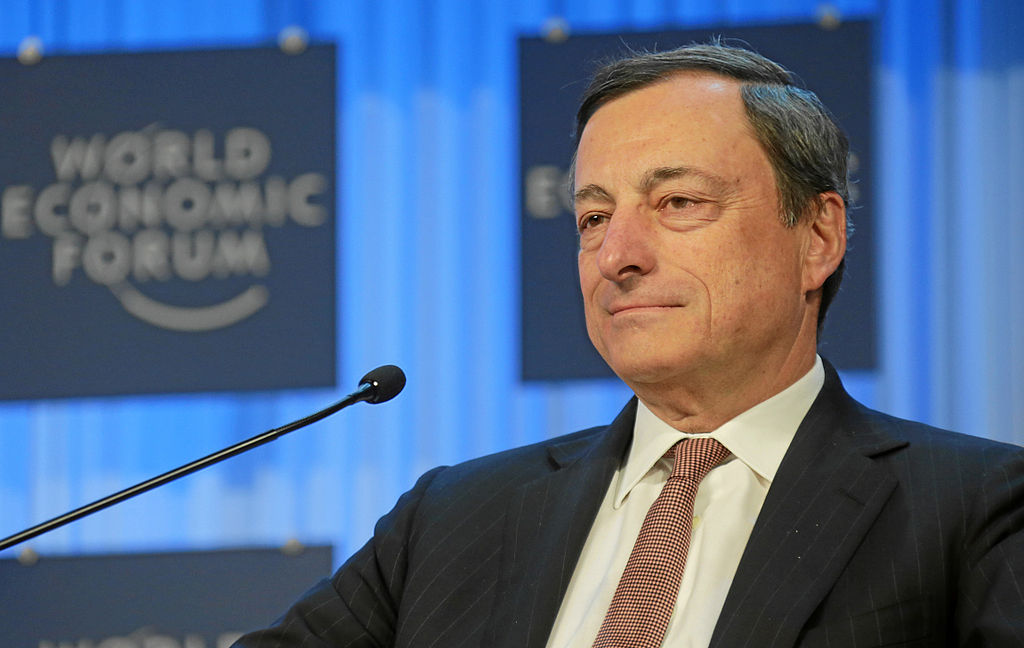 The European Central Bank (ECB) announced new measures to save the deteriorating economy of the Eurozone, which is endangered by deflation and is facing additional risks due to mounting tensions in Ukraine.

In early September, the ECB announced further cuts to its exceptionally low interest rates. Monetary policymakers have decided to lower the main interest rate by 10 basis points from 0.15 percent to 0.05 percent to address a possible deflation.  The Eurozone recorded a five-year low of 0.3-percent annual inflation in August, way below the ECB’s target of just below two percent.

The ECB also cut the deposit rate from -0.1 percent to -0.2 percent, making it more costly for commercial banks to keep their money with ECB and thus encouraging them to lend more to commercial enterprises, as well as to consumers. The deposit rate was pushed down into the negative territory back in June.

The decision of ECB surprised many as ECB’s president, Mario Draghi, during his announcement in June said that rates would not likely be cut further. “For all practical purposes, we have reached the lower bound,” he noted at that time.

Draghi, however, during the press conference in September, insisted that the zone is not yet experiencing deflation but admitted that errors have been made in forecasting food and energy prices. He added further that the Executive Board was not unanimous in its decision to cut rates.

ECB’s additional rate cuts were met with mixed reactions. The euro slipped by two cents against the US dollar after the announcement, pushing the currency down to a 14-month low of $1.29, which will help exporters from the Eurozone. Europe’s stock markets, on the other hand, rose;  the FTSEurofirst 300 Index was up by 1.2 percent to reach its highest close since January 2008. (The FTSEurofirst 300 Index tracks the largest firms in Europe.)

For her part, IMF’s Managing Director Christine Lagarde hailed the move of the ECB, saying that the measures will help mitigate the risks of exceptionally low inflation.

Draghi also announced that the Eurozone will purchase private-sector credit, including asset-backed securities (ABS) and covered bonds, a form of quantitative easing. He stressed that these new measures—interest cuts and purchases of securities and bonds—are not only intended to address possible deflation but also unemployment in the region. Unemployment rates in Italy, Spain, France and Greece are still in the double digits. The average Eurozone unemployment rate is 11.5 percent.

“The Governing Council sees the risks surrounding the economic outlook for the euro area on the downside. In particular, the loss in economic momentum may dampen private investment, and heightened geopolitical risks could have a further negative impact on business and consumer confidence. Another downside risk relates to insufficient structural reforms in euro area countries,” Draghi said.

The ECB, however, is not yet embarking on wide-scale quantitative easing as it is not keen to buy back some government debt. The goal of the asset-purchase program is to increase its assets or increase the zone’s balance sheet to depreciate its currency. Depreciation of the euro will boost growth in the export sector and create changes in spending due to the higher prices of assets (also known as the wealth effect). The ECB wants an expansion of its balance sheet to €3 trillion, the level it was at in 2012. This goal requires an increase of at least €1 trillion as the current level is at slightly more than €2 trillion.

“The aim here, however, is twofold. The aim is to increase the measures that produce credit easing for the banking industry and banking sector, which as you know represents more than 80 percent of total intermediation, credit intermediation, in the euro area. The second aim is to steer, significantly steer, the size of our balance sheet towards the dimensions it used to have at the beginning of 2012,” Draghi stressed.

He said that the ABS to be purchased will include both existing and newly created ABS as well as real estate (RMBS—residential mortgage-backed securities); the purchase will include real-estate ABS plus a “fair range of ABS containing loans to the real economy.”

However, an analysis of ECB’s move by a Forbes columnist, Jon Hartley, emphasized that this kind of quantitative easing may be slow to take effect given that there is a limited issuance of asset-backed securities in the region. The size of the ABS market in Europe is small compared to the money circulating in the area, which is in the billions of euros.

The ECB will announce the details of its asset-purchase program this October.

The Eurozone Crisis and the Need for Effective Corporate Governance