Top Posts
Challenges Remain, But There Are Opportunities to Be Had in...
Interview with Mr. Olukayode Pitan, Chief Executive Officer and Managing...
Commodities Outlook for 2023
The Value of Cash in a Time of Crisis: How...
The US-Africa Leaders Summit: Fostering a Closer Relationship with the...
Three Key Sectors in Which to Invest in 2023
Home Banking The Effect of Negative Interest Rates on European Banking
Banking

The Effect of Negative Interest Rates on European Banking 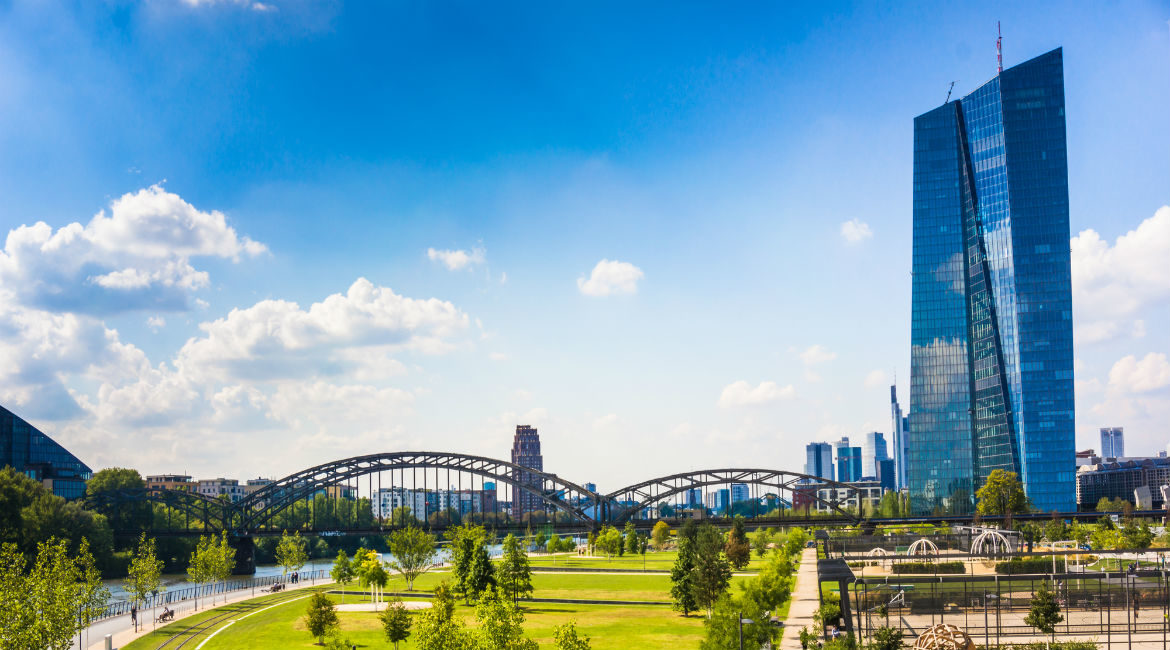 Earlier this year, the European Central Bank (ECB) decided to cut its deposit rate to -0.4 percent and its benchmark refinancing rate to zero. Such a policy has been adopted to “underpin the firm anchoring of medium to long-term inflation expectations”, according to ECB President Mario Draghi. This means that the ECB is charging those banks that choose to hold their excess cash rather than extending loans. The central banks of Sweden, Switzerland and Denmark have also implemented negative rates.

Declining rates in the Eurozone have led to the 13 largest publicly traded European banks experiencing a fall in net-interest income—the difference between what lenders charge customers to borrow and what they pay for funding, such as deposits, expressed as a percentage of average earning assets—for the first time in two years. The banks’ pre-tax profits also declined by 20 percent.

Because savings and retail banks can’t transfer negative rates onto deposits, principally out of fear of losing customers, they are finding it nearly impossible to protect net-interest margins. New loans are now being priced at uneconomically low rates, while the cost to banks of holding government bonds exceeds the yields they are generating. This negative carry is also set to worsen in the face of tighter liquidity rules in the near future. Given that the profit margin between lending and deposit rates is being further squeezed, European banks are becoming less incentivised to lend. As their older loans mature, moreover, their portfolios will continue to have a greater proportion of new loans priced at lower rates. This is likely to lead to substantial declines in banks’ profitability if funding costs don’t similarly fall.

Among those facing negative rates, Germany has arguably been the loudest in voicing its concerns. The decline in rates led to the yield in German 10-year government bonds dipping below zero earlier this year. German banks earn approximately 70 percent of their revenue from taking in shorter-term deposits and making longer-term loans, according to consulting group McKinsey. Given that the ECB has lowered both rates, such banks are likely to see a sizeable decline in their margins going forward. Despite the banks’ best efforts to mitigate the effects of the ECB’s loose monetary policy—efforts that include mandating clients to pay interest on deposits, as well as storing cash in vaults to avoid paying interest—it seems as though they are not enough to consolidate earnings. The country’s second-biggest lender, Commerzbank, has specifically cited negative rates as the chief reason for the €90 million decline in revenue in its corporate- and consumer-banking divisions in the first quarter.

According to analysis from Frankfurt-based Bankhaus Metzler, should rates remain at current levels, the lending revenue of Germany’s five publicly traded banks will fall by a total of €2.1 billion in 2018, equivalent to a drop of 9 percent from 2015 levels. Leading German lender Deutsche Bank has stated unequivocally that the ECB’s negative interest rate policy is destroying the Eurozone for the sake of “short-term financial stability”. It has even led the bank to compare the ECB’s policies to those executed by the US Federal Reserve in the 1920s, which propelled the US into the Great Depression.

Commerzbank has now stated that hoarding billions of euros in its vaults as cash, rather than depositing them with the ECB and paying for the privilege of doing so, could very well become a reality. Banks themselves may also be forced into passing on the costs of the negative rates by charging their own customers. One might, therefore, begin to see a decline in savings, with customers preferring to keep their money “under the mattress”—this would be cheaper than having to pay fees to their banks. Whilst unlikely, this could create a run on European lenders, with a hefty amount of savings being pulled out. Although there is no current evidence of such hoarding at present, the longer such rates remain in place, the more likely banks will be to charge their depositors to maintain interest margin profitability—and the more likely customers will be to switch to holding cash.

It seems increasingly likely that low rates are here to stay for some time, especially given the economic stagnancy now prevailing in the Eurozone. The Bank for International Settlements indicated in a March report that “great uncertainty” will result if rates stay negative for a prolonged period. One would expect the balance sheets of European banks to continue being leveraged as an alternative to being charged interest by the ECB on their deposits. As such, negative interest rates are likely to do increasing amounts of damage to the European banking sector if, as expected, they remain in place for the foreseeable future.